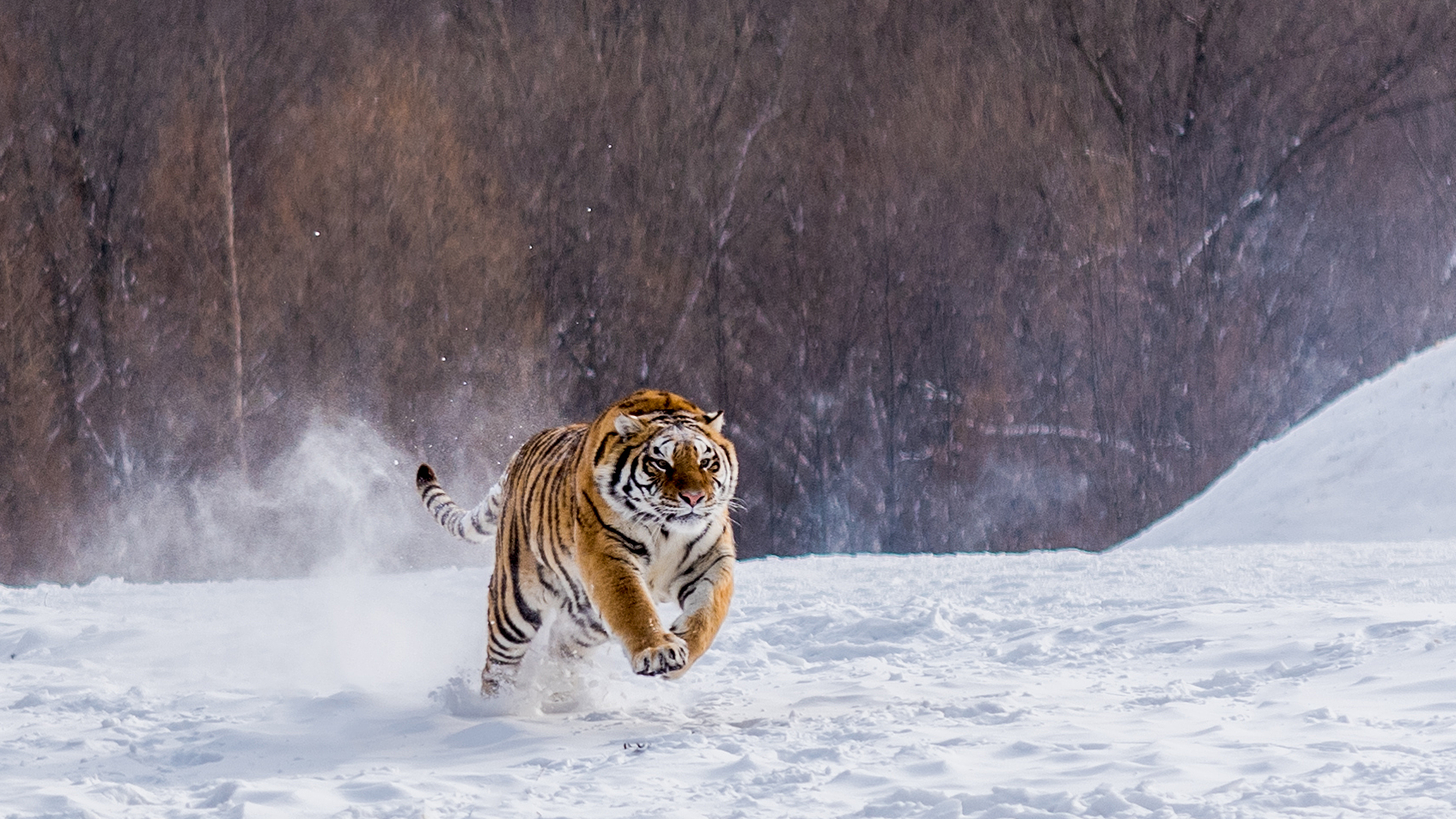 An improving ecosystem in northeast China is adding to a cheerful yet stressful situation for conservationists: more wild Siberian tigers and Amur leopards are showing up, sometimes even in human settlements.

Siberian tigers, also known as Amur or Manchurian tigers, were once elusive in the China-Russia border region, but this year they have been sighted multiple times in China's Heilongjiang and Jilin provinces.

The Amur leopard is one of the world's most endangered big cats. At present, there are about 100 Amur leopards in the world, mainly distributed in the Russian Far East, northeast China and the northern part of the Korean Peninsula.

Now there are 27 Siberian tigers and 42 Amur leopards in the wild in northeast China.

Satellite data in 2019 showed the vegetation quality in Heilongjiang was 27 percent higher than that in 2000, and the best in the past two decades. Between 2016 and 2020, the province completed afforestation on 388,000 hectares of land to raise its forest coverage rate to 47.3 percent.

China is also piloting the Northeast China Tiger and Leopard National Park as a sanctuary for Siberian tigers and Amur leopards. Spanning 1.46 million hectares in Jilin and Heilongjiang, the park is hailed as a "highland" for the highly endangered species.

Local authorities regularly send forest rangers to patrol the park and the neighboring area and clear traps set by poachers. With the improving environment, infrared cameras set up in the park have captured more of the big cats in recent years, indicating their rising population.

On September 29, staff members of the park spotted an Amur leopard.

With increased protection efforts, the wild population of tigers and leopards in the park has grown significantly. With no man-made harm or disturbances, the number of human-animal encounters has risen, especially in Hunchun City, posing threats to people's lives and property.

Hunchun is located in the border area of China, the Democratic People's Republic of Korea and Russia, with mountains and vast forests throughout the city, making it an ideal habitat for Siberian tigers, Amur leopards, black bears and other large carnivores.

Recently, the Hunchun branch of the park has received reports from local residents that there were several encounters with Siberian tigers on the road.

"In the Hunchun area, wild Siberian tigers have been found on roads and roadsides several times, as well as around villages. First, it proves that the number, recovery and spread of tigers and leopards is indeed improving, and at the same time, it has brought certain security risks to local communities," said Li Ping, deputy director of the Hunchun branch of the Northeast China Tiger and Leopard National Park Administration.

The organization has introduced several measures to deal with the infestation of wild animals. One of the measures is to use a comprehensive and advanced integrated monitoring system to closely observe and send back dynamic images of various points in the mountains in real time. The warning system is triggered when animals are detected intruding in the living area of humans.

"When our back office staff members find tigers and leopards or beasts such as black bears approaching the village, our colleagues will inform the villagers in advance and advise them not to go to the mountains as much as possible," said Li.

As many of the villagers are members of China's Korean ethnic group, the village broadcasts bilingual messages through loudspeakers to remind people to take precautions.

Real-time monitoring and early warning have provided a strong scientific and technological guarantee for the prevention of predators.

In addition, local authorities have also spared no efforts to spread the knowledge of animal protection, helping increase people's awareness of long-term coexistence between humans and wildlife.

In order to make everyone master the knowledge of correct response to wild animals, the local departments have not only carried out various forms of media publicity and mobile phone information reminders, but also adopted loudspeaker broadcasting, village visits and door-to-door publicity.

Local authorities also visit schools in their hometowns to teach students about wildlife, helping them cultivate the concept of animal protection.