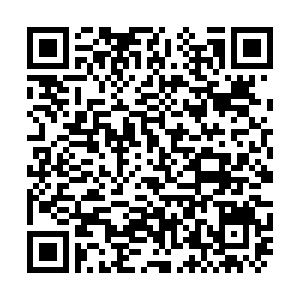 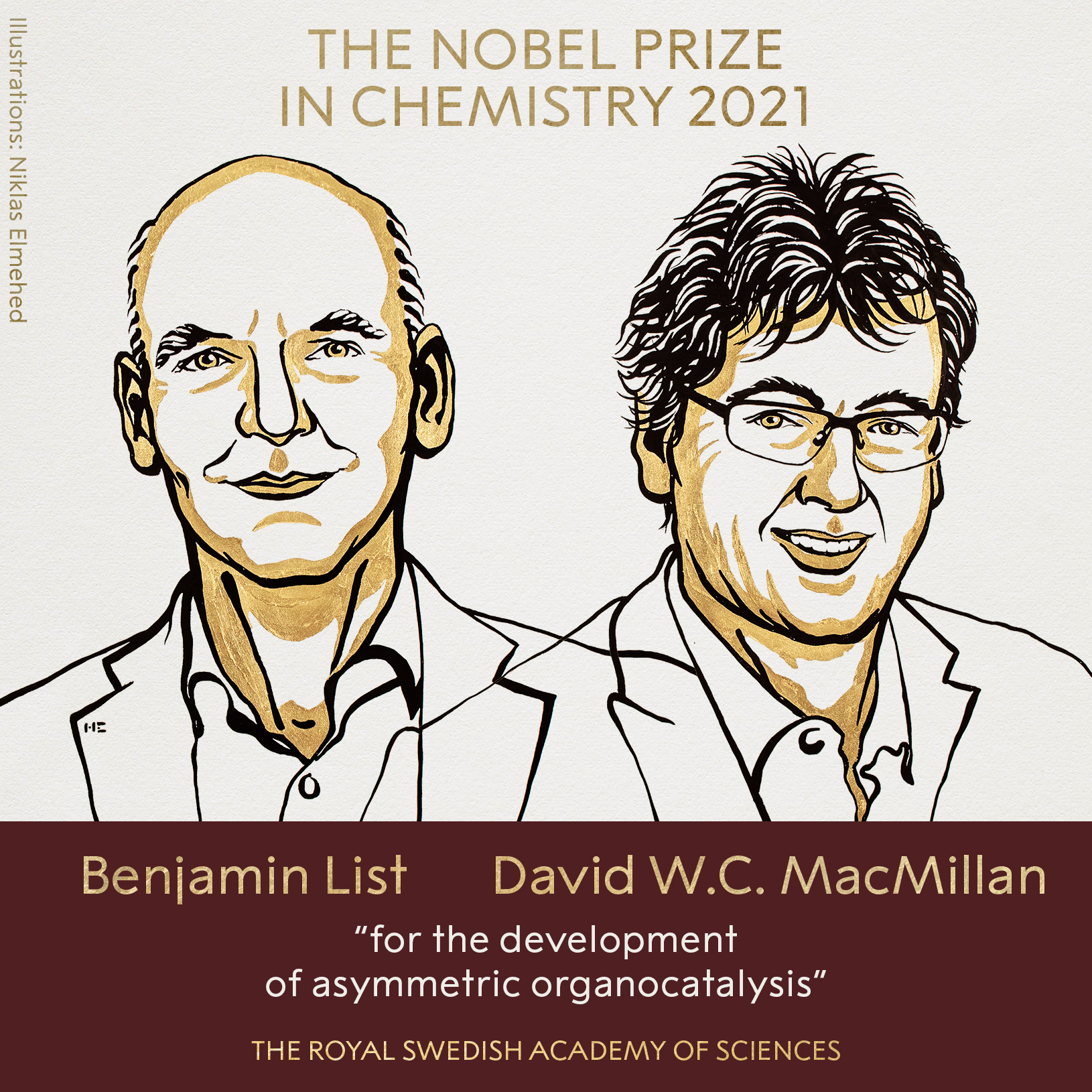 The 2021 Nobel Prize in Chemistry has been awarded jointly to Benjamin List of Germany and David MacMillan of the United States, the Royal Swedish Academy of Sciences announced on Wednesday.

They were awarded "for their development of a precise new tool for molecular construction: organocatalysis. This has had a great impact on pharmaceutical research, and has made chemistry greener," the Nobel Committee said.

Prior to their work, scientists believed there were only two types of catalysts, metals and enzymes.

In 2000, the researchers, working independently of each other, developed a third type, called "asymmetric organocatalysis", which relies on small organic molecules.

"I thought somebody was making a joke. I was sitting at breakfast with my wife," List told reporters after the prize was announced.

He added that usually when the prize is announced, his wife jokes that he should keep an eye on his phone for a call from Sweden.

"But today we didn't even make the joke," List said.

"It's hard to describe what you feel in that moment but it was a very special moment that I will never forget," List said.

MacMillan is a professor at Princeton University in the U.S., while List is a director at the Max Planck Institute in Germany.

"Many research areas and industries are dependent on chemists' ability to construct molecules that can form elastic and durable materials, store energy in batteries or inhibit the progression of disease," the Nobel committee at the Royal Swedish Academy of Sciences said in a statement.

"This work requires catalysts, which are substances that control and accelerate chemical reactions, without becoming part of the final product," it added.

List was the first to prove that the amino acid proline could drive an aldol reaction, which is when carbon atoms from two different molecules are bonded together.

"Compared to both metals and enzymes, proline is a dream tool for chemists. It is a very simple, cheap and environmentally friendly molecule," the Academy said. 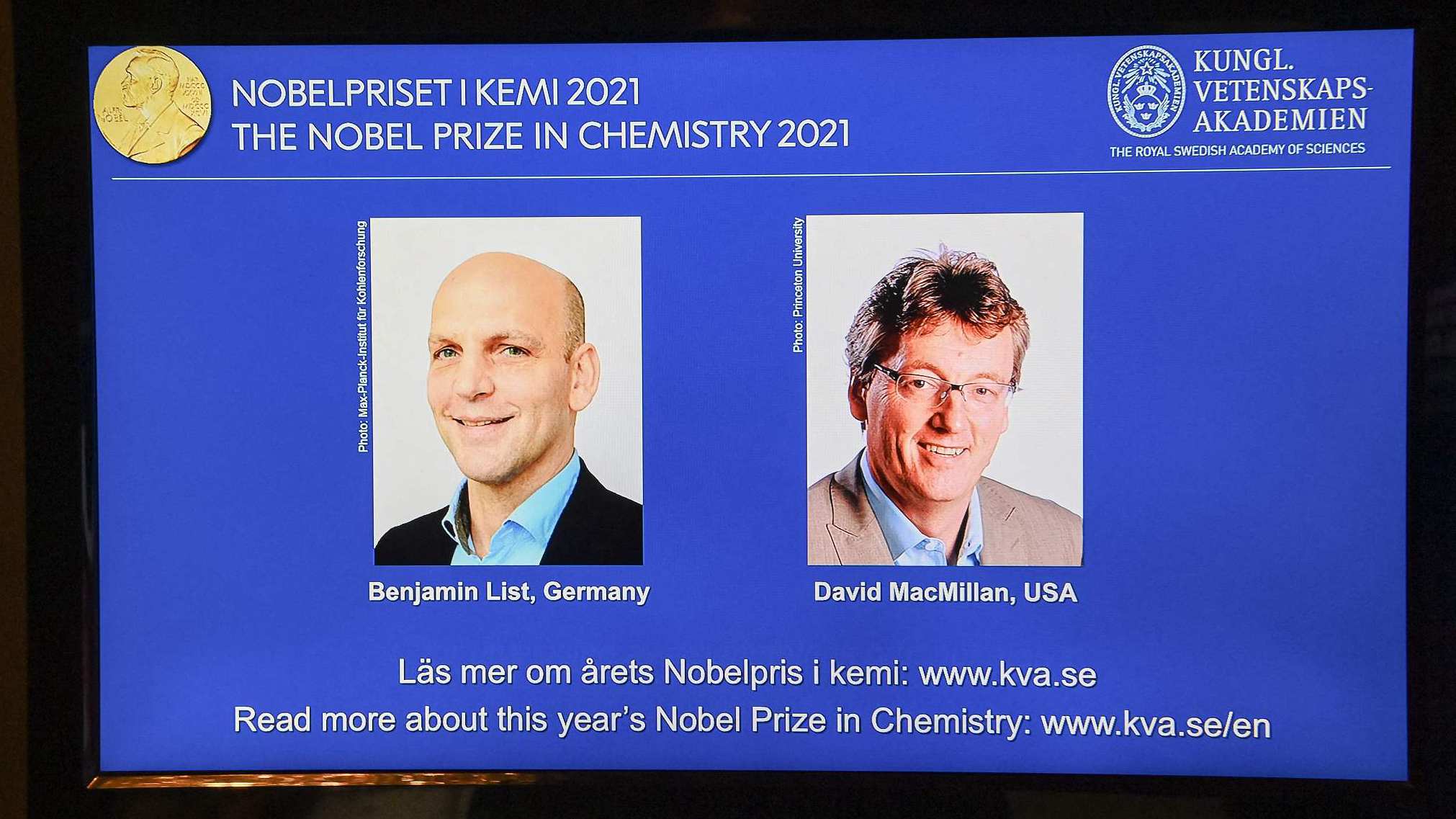 A screen displays the co-winners of the 2021 Nobel Prize in Chemistry, Benjamin List (L) of Germany and David MacMillan of the United States, during a press conference at the Royal Swedish Academy of Sciences in Stockholm, Sweden, October 6, 2021. /CFP

A screen displays the co-winners of the 2021 Nobel Prize in Chemistry, Benjamin List (L) of Germany and David MacMillan of the United States, during a press conference at the Royal Swedish Academy of Sciences in Stockholm, Sweden, October 6, 2021. /CFP

Ahead of this year's announcement, analysts said the field was wide open.

According to Clarivate, which maintains a list of potential Nobel Prize winners, more than 70 researchers had what it takes to be considered for the prize in chemistry, given the thousands of citations they have received in scientific papers.

Thought to be among the favorites for the medicine prize that was announced on Monday, the pioneers of the COVID-19 mRNA vaccines, Hungarian biochemist Katalin Kariko and U.S. immunologist Drew Weissman, were also seen as potential candidates for chemistry.

But many experts also said that it is a little too early for the generally cautious Nobel Committees to give the nod.

The Nobel season continues with the two most closely watched prizes, literature on Thursday and peace on Friday. The winner of the economics prize will be announced on Monday.

The medicine prize kicked off the 2021 Nobel season on Monday, going to David Julius and Ardem Patapoutian for breakthroughs that paved the way for the treatment of chronic pain.

The physics prize followed Tuesday, when half was awarded to US-Japanese scientist Syukuro Manabe and Klaus Hasselmann for climate models, and the other half to Italy's Giorgio Parisi for work on the theory of disordered materials and random processes.