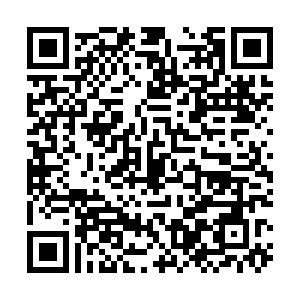 The US Coast Guard is investigating a possible anchor strike as the cause of a broken pipeline that has spewed tens of thousands of gallons of crude oil into the sea off California, media reported Tuesday.

Emergency responders say up to 131,000 gallons of thick, sticky fuel have fouled waters that are home to seals, dolphins and whales since a pipeline ruptured on the weekend.

A 24-kilometer stretch of coastline has been closed to the public, and fishing has been halted as crews scramble to clean up one of California's biggest spills in decades. 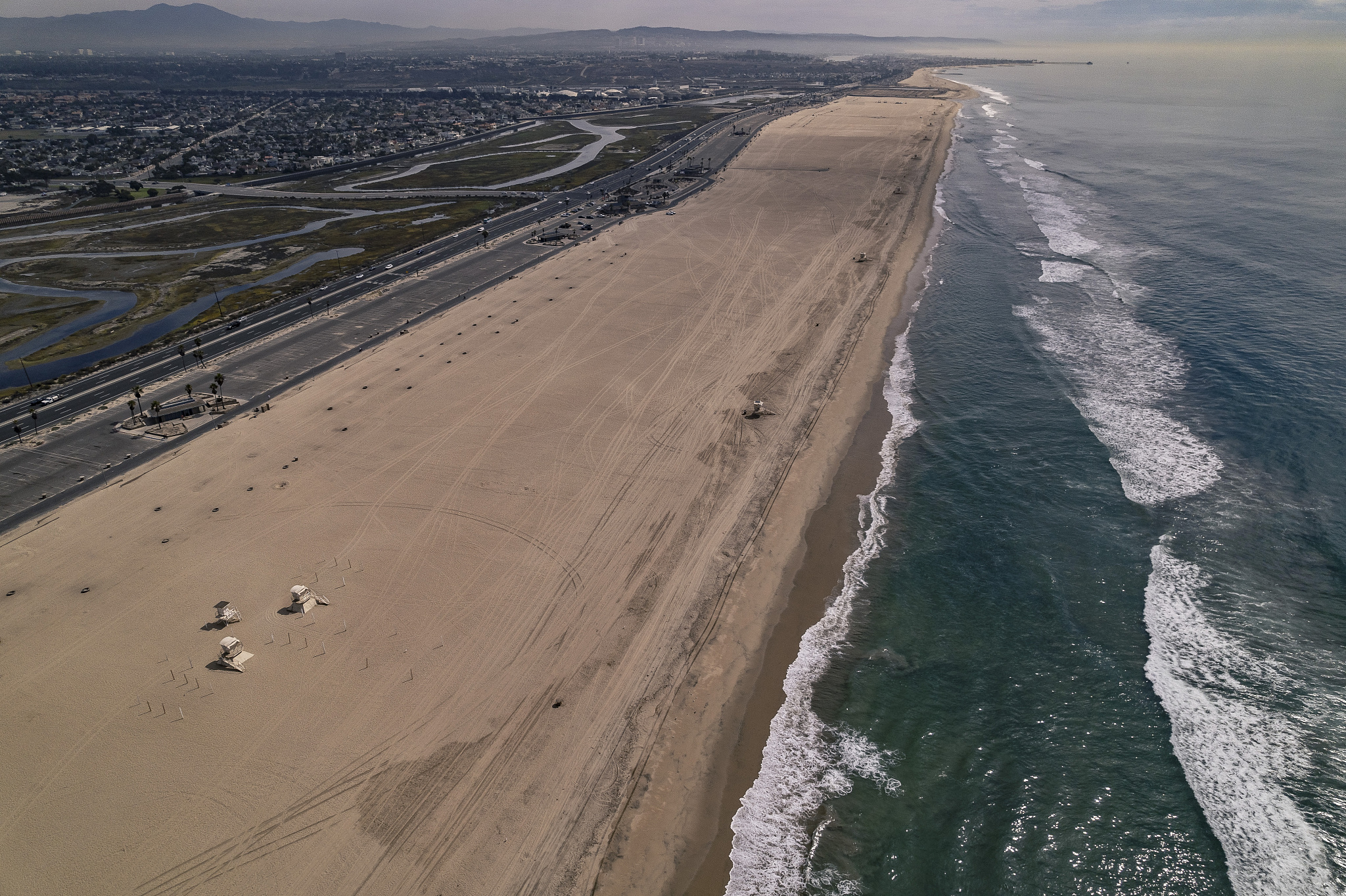 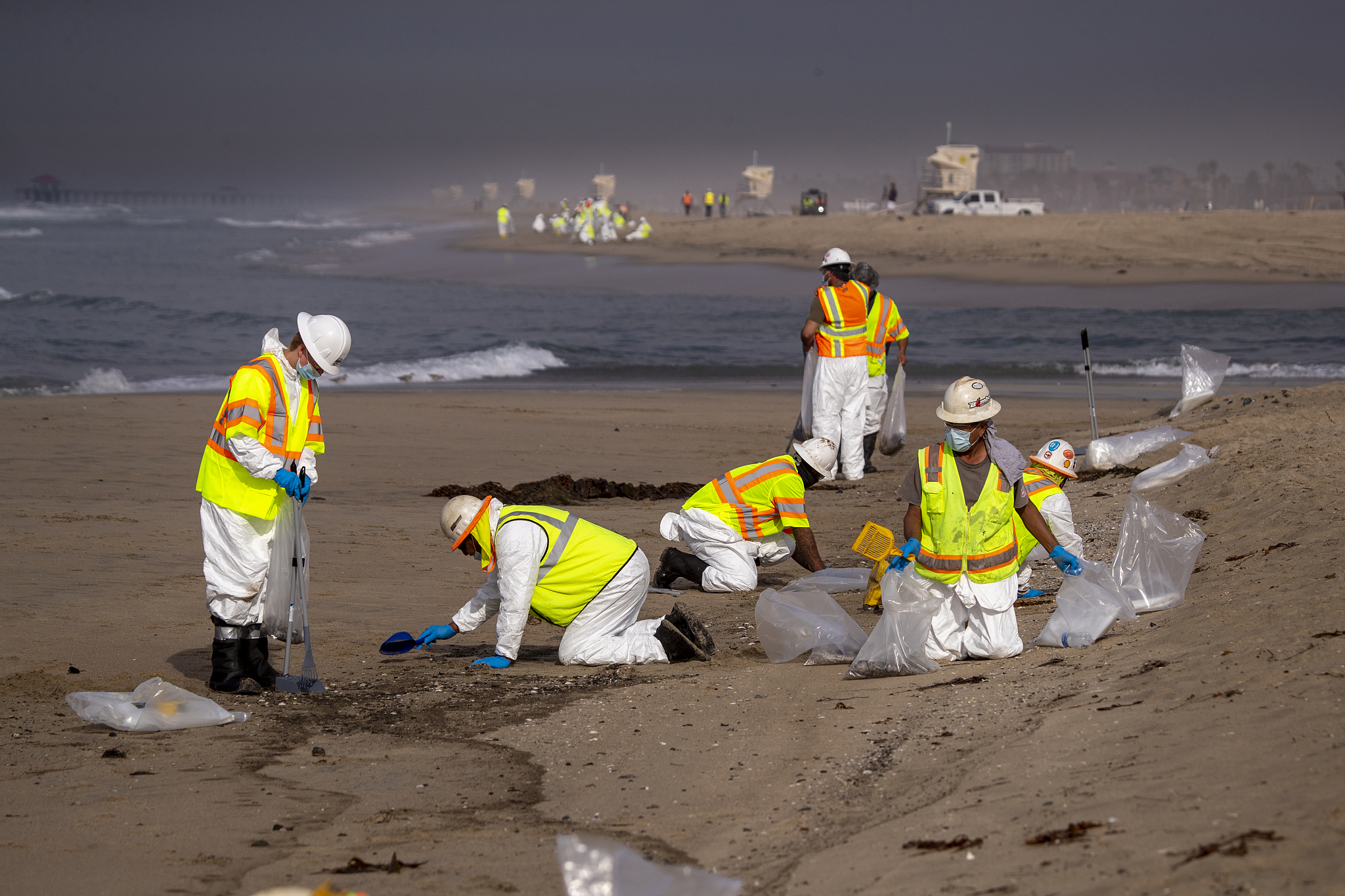 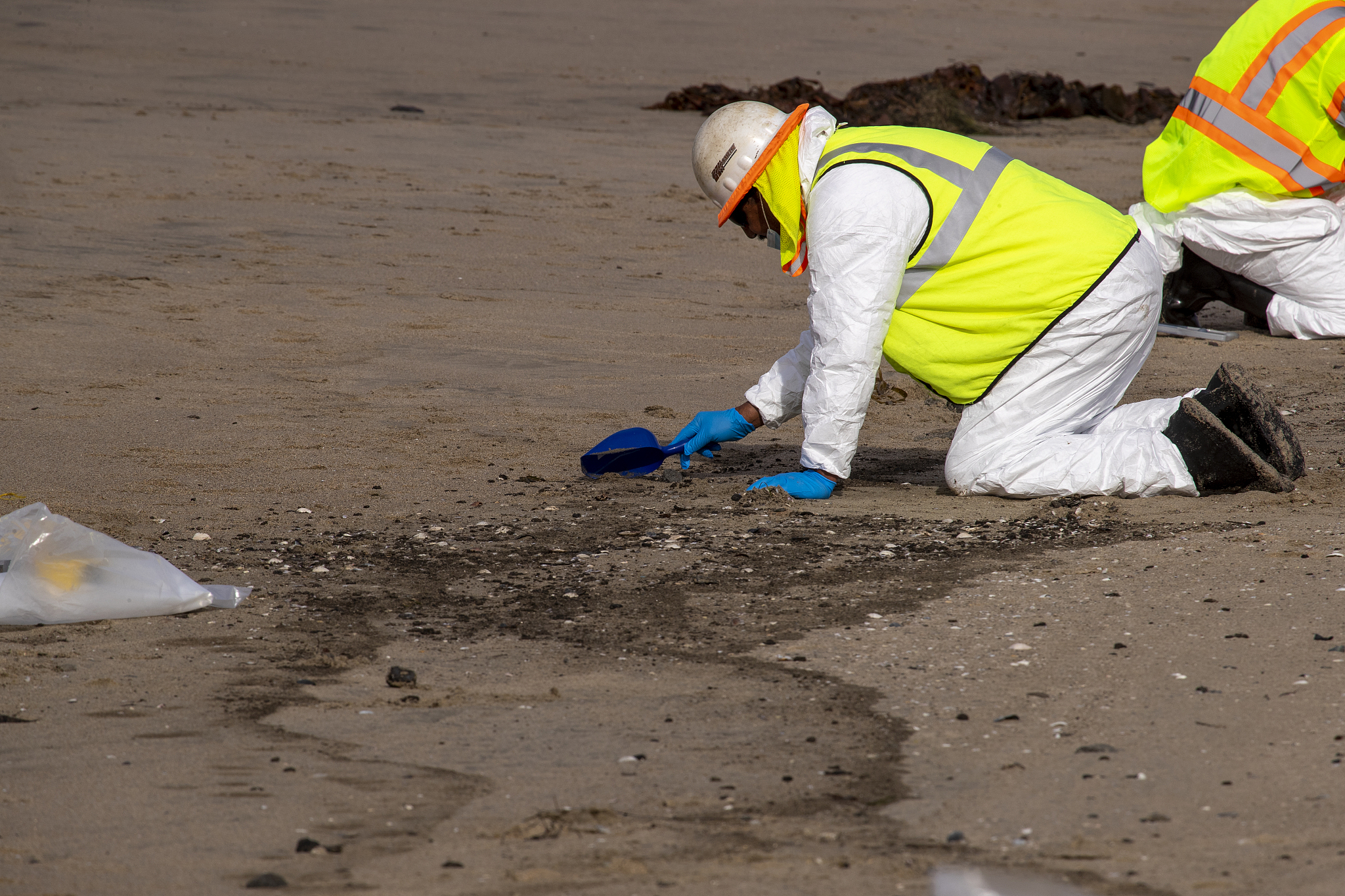 The Los Angeles Times reported Tuesday that the Coast Guard was trying to determine if a large commercial ship set anchor in the wrong place and damaged the pipeline.

Martyn Willsher, the chief executive of pipeline operator Amplify Energy, said underwater observations revealed that 1,200 meters of the pipeline was not where it should be.

"The pipeline has essentially been pulled like a bowstring," he told media at a press conference.

"At its widest point, it is 105 feet away from where it was," he said, adding the break in the pipeline was at the apex of this bend.

Willsher refused to speculate on the cause of that displacement and whether a ship's anchor could be responsible but said, "It is a 16-inch steel pipeline that's a half-inch thick and covered in an inch of concrete.

Los Angeles and Long Beach are among the busiest container ports in the world.

Pandemic-sparked logjams have seen dozens of huge container vessels stationed offshore as they wait for a berth.

Ships are given designated anchor points, usually well away from underwater hazards such as pipelines.

But the Los Angeles Times cited a source with knowledge of the investigation into the oil spill, who said a wrongly placed anchor may have dragged the pipeline along the seabed.

Officials under a "Unified Command" umbrella group said 14 vessels are trying to recover oil from the water, with a little more than 4,700 gallons collected by Tuesday.

"Our top priorities remain the safety of health and human life, protection of the environment, protection of wildlife and to find and remove that oil as we detect it," said Coast Guard captain Rebecca Ore.

Ore said the precise quantity of oil that had leeched into the water was not known but that the recovery effort was using a "worst-case scenario" equivalent to 131,000 gallons. This is slightly higher than the previously widely reported figure.

At least eight birds have been found covered in oil, with reports of other wildlife also affected.

The spill originated near the Elly platform, which was built in 1980 and is one of 23 oil and gas drilling platforms in federal waters off California, the Los Angeles Times reported.

Environmentalists have repeatedly called attention to the age of some of the facilities, which they say are rusty and poorly maintained, and the risks they pose.

The disaster has reignited a debate about the presence of oil rigs and pipelines near the coast of Southern California.