Download
America's aimless war in Afghanistan: One of the greatest failures of American leadership
Mariam Shah 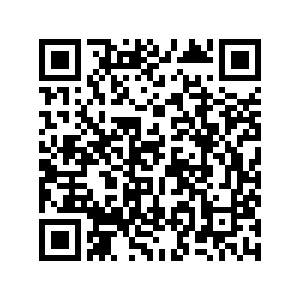 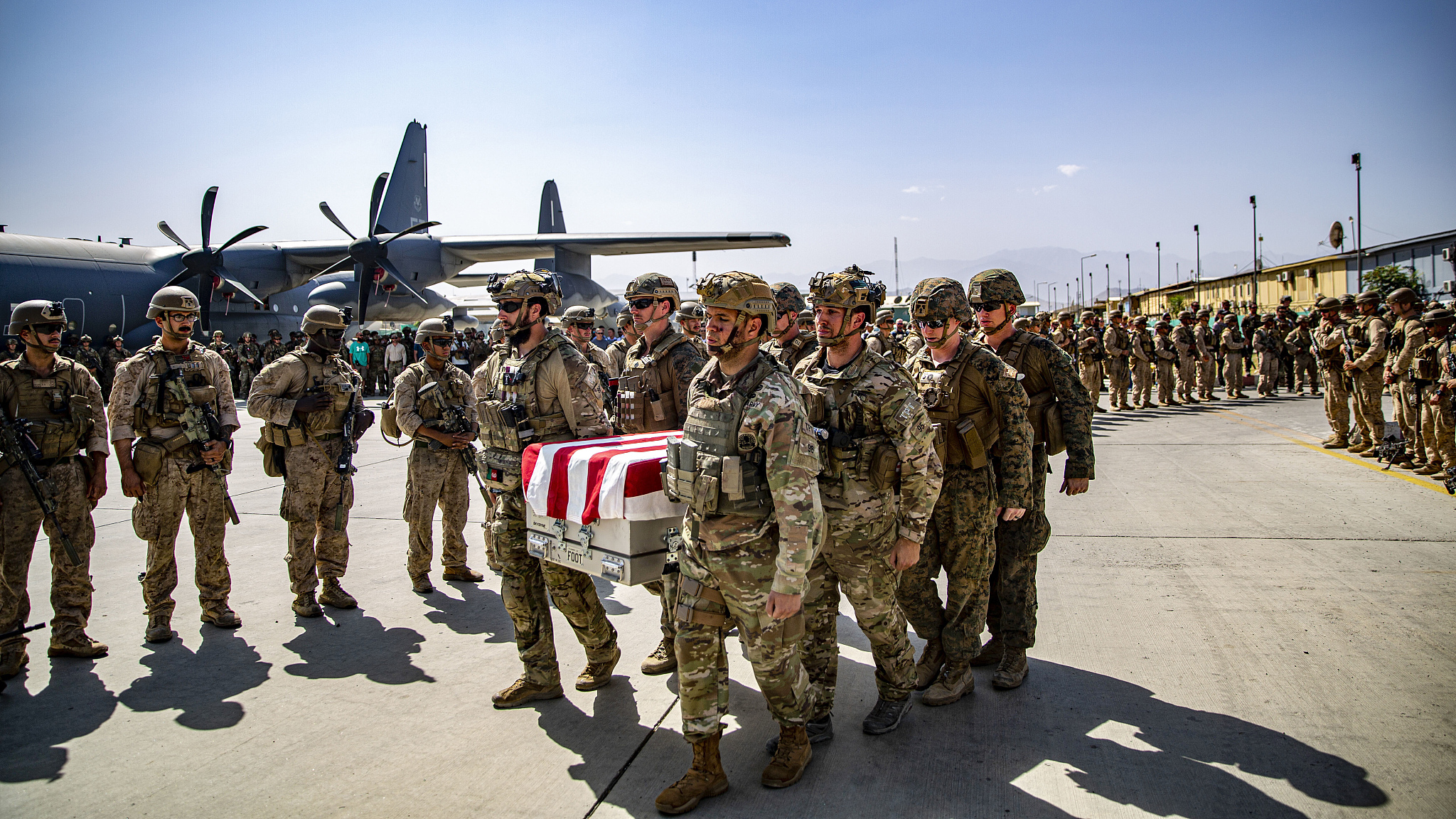 Editor's Note: Mariam Shah is an Islamabad-based independent researcher in the field of conflict studies and military psychology. The article reflects the author's views, and not necessarily those of CGTN.

The war on terror was supposed to root out terrorism, but the world is more unsafe and volatile than it was before 9/11. Now after the U.S. withdrawal from Afghanistan, debates are in the air about what exactly went wrong during the occupation.

First and foremost, the U.S. tried to fight a war without any specific objectives; it went to Afghanistan without knowing the basics of the enemy, environment and terrain. Any mission without clear strategies and aims is bound to fail, just like the ignominious U.S. withdrawal.

The recent U.S. congressional hearings on Afghanistan highlighted a few important aspects. The war on terror was supposed to eliminate terrorist threats. However, after two decades of war, the terrorists' threats are greater than ever, and U.S. military generals believe that al-Qaeda and ISIL will rebuild in Afghanistan. During the hearings, Gen. Mark A. Milley, chairman of the U.S. Joint Chiefs of Staff, said there is "a real possibility" that al-Qaeda or ISIL could reconstitute in Afghanistan in the next six to 36 months. Now the region needs to handle all the mess created and left by the U.S., and the problem is who is going to take care of the chaos? If al-Qaeda or ISIL rebuild and gain control over Afghanistan, regional peace and stability will be at stake. 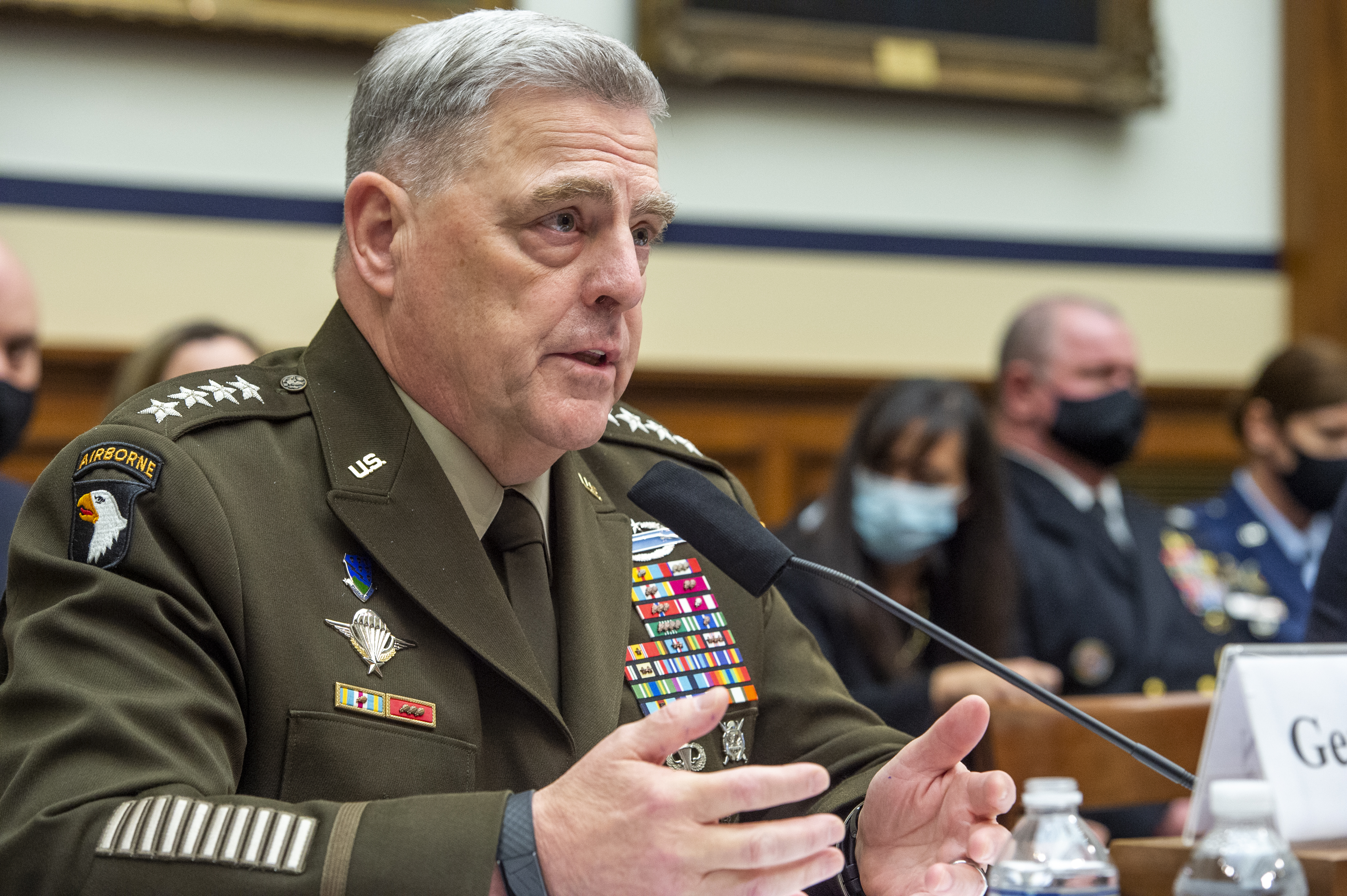 Chairman of the U.S. Joint Chiefs of Staff Gen. Mark A. Milley testifies during a House Armed Services Committee hearing on Ending the U.S. Military Mission in Afghanistan at the U.S. Capitol in Washington, D.C., U.S., September 29, 2021. /Getty

Chairman of the U.S. Joint Chiefs of Staff Gen. Mark A. Milley testifies during a House Armed Services Committee hearing on Ending the U.S. Military Mission in Afghanistan at the U.S. Capitol in Washington, D.C., U.S., September 29, 2021. /Getty

Gen. Milley argued the war in Afghanistan had reached a deadlock about five to six years ago and that he didn't believe there was a "military solution" to the conflict for some time. He further added that a negotiated settlement was the best option, and that the 20-year war "wasn't lost in the last 20 days or even 20 months for that matter." This implies that the U.S. policymakers knew that the war was not going anywhere, and it was already lost on the ground. This war was a lost cause from the very start, but it took two decades for the entire U.S. political and military establishment to realize that fact.

A few things need the utmost clarity. When military commanders realized the Afghan problem required a political solution through negotiations, why did they delay and what took them so long to figure that out? Why did the U.S. lump together the Taliban and al-Qaeda since it knew they are separate entities with dissimilar and unrelated ideologies, and motives? – the Taliban is a political faction, whereas al-Qaeda is a transnational terrorist group. And why didn't the U.S. pay heed to Pakistan's recommendations to engage with the Taliban on a diplomatic level and constantly refuse initial propositions from the Taliban?

In the past two decades, the American blunders and failure to realize the implications for Afghanistan in particular and for the region in general eventually led the Biden administration to embark on a hasty and irresponsible pullout without achieving any progress in restoring peace in Afghanistan, leaving behind uncertainty, instability and vulnerability in the country.

It is time for serious introspection by the entire U.S. government, especially when soldiers serving in the U.S. forces start questioning the point of the war and their roles in the war. According to interviews, they all felt guilty for what happened over the years when seeing the war failed to bring peace to the land.

This entire conflict and the handling of the withdrawal plan have made the general public, U.S. and NATO veterans serving in the war rethink the war in itself. Perhaps short-sightedness, lack of honesty and the role of politicians in initiating wars as an extension of politics are the labels and images that will emerge in their minds.