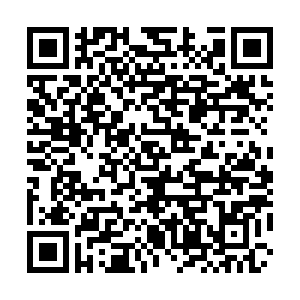 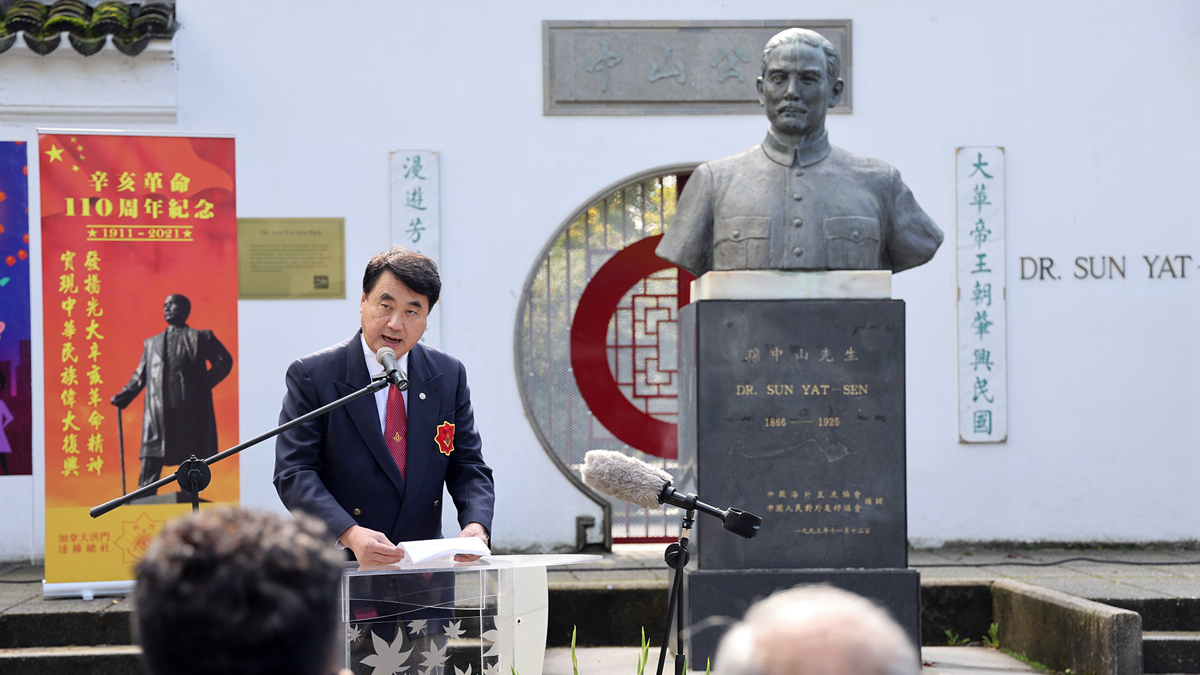 Canadian Chinese gather to commemorate the 110th anniversary of the 1911 Revolution in Vancouver, Canada, October 4, 2021. /CFP

Canadian Chinese gather to commemorate the 110th anniversary of the 1911 Revolution in Vancouver, Canada, October 4, 2021. /CFP

Editor's note: 2021 marks the 110th anniversary of China's Xinhai Revolution, also known as the 1911 Revolution, which overthrew China's last dynasty  – the Qing Dynasty (1644-1911). Before the Wuchang Uprising that finally ended China's 2000 years of monarchy and led to the establishment of the Republic of China (1912-1949), Sun Yat-sen, leader of the revolution, launched ten armed uprisings. In these uprisings, overseas Chinese played a vital role, donating time and money and sometimes even sacrificing their lives. Sun once called them "mother of the revolution."

To purchase weapons and ammunition and pay soldiers for the revolution, Sun Yat-sen went abroad to raise funds, starting in Hawaii, where he spent most of his teenage years.

In 1894, Sun founded the first revolutionary organization called the Revive China Society, or Xingzhonghui in Chinese, in Honolulu, the U.S., in his earliest attempt to rally overseas Chinese to help the revolution, and raise money.

It was a difficult beginning, with only very few people responding. Sun said in his autobiography that his close friend Deng Yinnan and his brother Sun Mei were "the only two people who helped with all they possessed, plus scores of relatives and friends who supported the cause."

Deng, an overseas Chinese doing business in Honolulu, liquidated all his personal assets and donated a large sum to Sun.

Elder brother Sun Mei was operating a farm in Honolulu. He sold his cattle for $2,000 to support the cause.

Sun also raised money from membership fees, $5 per person, and stock, at $10 a share, issued by Xingzhonghui. Though it was a relatively small contribution, he collected $288 in fees and raised $1,100 during his Hawaii visit in 1894.

He launched the first Guangzhou Uprising in 1895 with donations of $6,000 from Hawaii's overseas Chinese and other funds he collected in Hong Kong.

After the failure of the Guangzhou revolt, Sun was forced into exile but continued to lead revolutionary activities in China from abroad until the success of the uprising in Wuchang (part of today's Wuhan City) in 1911.

Funds for the 1900 Huizhou Uprising (in today's Guangdong Province), Sun's second insurrection, were mainly donated by supporters in Hong Kong and Japan, as well as his brother in Hawaii.

"I got some from Hong Kong, some from Japan... I relied on my brother for help. My brother and I had been donating all we had for the revolution and my brother donated almost all he had... Two years ago, my brother filed for bankruptcy... I am responsible for his bankruptcy...," Sun wrote in a letter to his friend Wu Jingheng on October 30, 1909, cited in Sun Yat-sen's Fund-Raising Activities in Hawaii co-authored Yansheng Ma Lum.

Although there is no record of the total Sun's brother donated to the revolution, it was said to amount to $700,000, equivalent to about $20 million today.

In 1904, Sun issued the first military bonds in Honolulu to raise more money, promising to repay the buyers at ten times the investment they made. He raised $2,000 and $4,000, respectively, in Honolulu and San Francisco.

A lot more overseas Chinese from Southeast Asia, Japan, Europe, Canada and the United States joined the team supporting Sun's revolutionary activities from the third uprising (May 1907) to the eighth uprising (May 1908).

Most of Sun's supporters were overseas Chinese from the lower middle class, such as workers and small merchants. Although not being wealthy, they were very generous in supporting the revolution.

Sun founded the American Chinese Revolutionary Army Fundraising Bureau and issued the gold dollar banknotes of the Republic of China in June 1911. Back then, the revolution gathered momentum and a lot more people believed it would be victorious. As a result, fundraising became much easier and was markedly more successful.

According to incomplete statistics, during Sun's nearly 20-year revolutionary career before the founding of the Republic of China, he traveled to Japan 12 times, Southeast Asia 43 times, the U.S. four times, and Europe at least four times, rallying overseas Chinese and foreign friends to help the revolution. 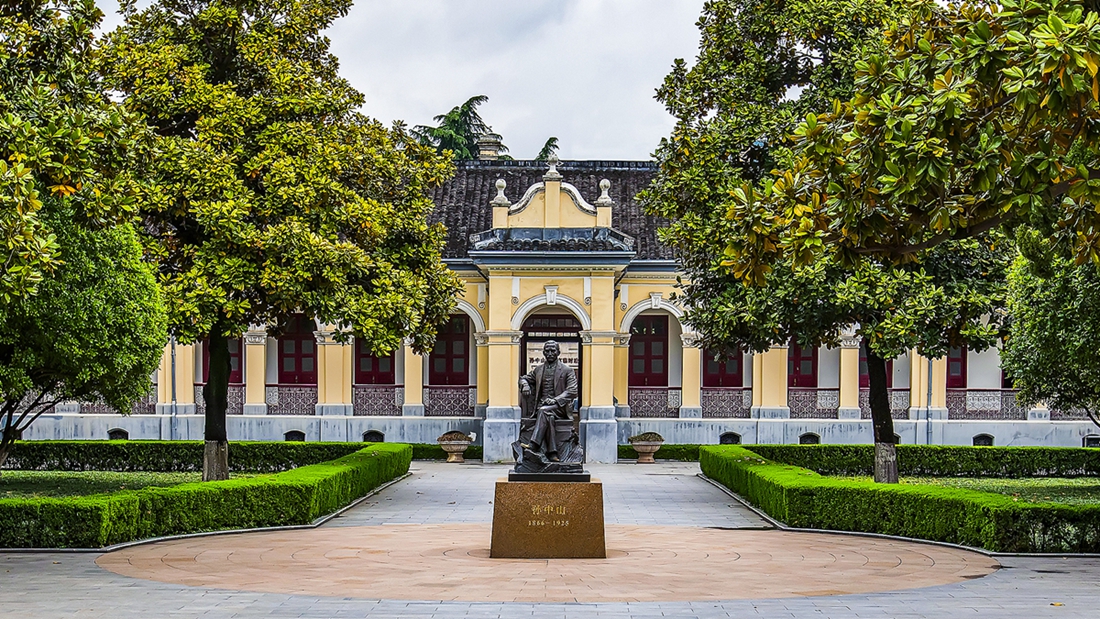 The building where the office of Interim President of the Republic of China Sun Yat-sen was housed in Nanjing, Jiangsu Province, east China. /CFP

The building where the office of Interim President of the Republic of China Sun Yat-sen was housed in Nanjing, Jiangsu Province, east China. /CFP

Many people took buying bonds as a supportive measure to the revolution without expecting payback, so they eventually destroyed them. Some never cashed the bonds, preferring instead to keep the precious historic coupons.

A person named C.K. Ai wrote in a book that he got paid back $1,000 for each of the $50 revolutionary bonds he purchased after the establishment of the Republic of China in 1911.

Besides executing monetary repayments, Sun, who was sworn in as the first president of the Republic of China, also awarded citations or medals to those who had helped him out during the revolution.