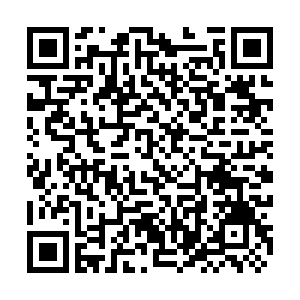 China's State Council Information Office released a white paper on biodiversity conservation in China on Friday, days ahead of a key UN meeting to be held in the southwestern Chinese city of Kunming.

In the face of global biodiversity loss and ecosystem degradation, China is upholding the concept of harmonious coexistence between man and nature, according to the white paper.

It also said China has made new achievements in biodiversity conservation and new contributions to addressing global biodiversity challenges, in part by deepening global cooperation on the issue. 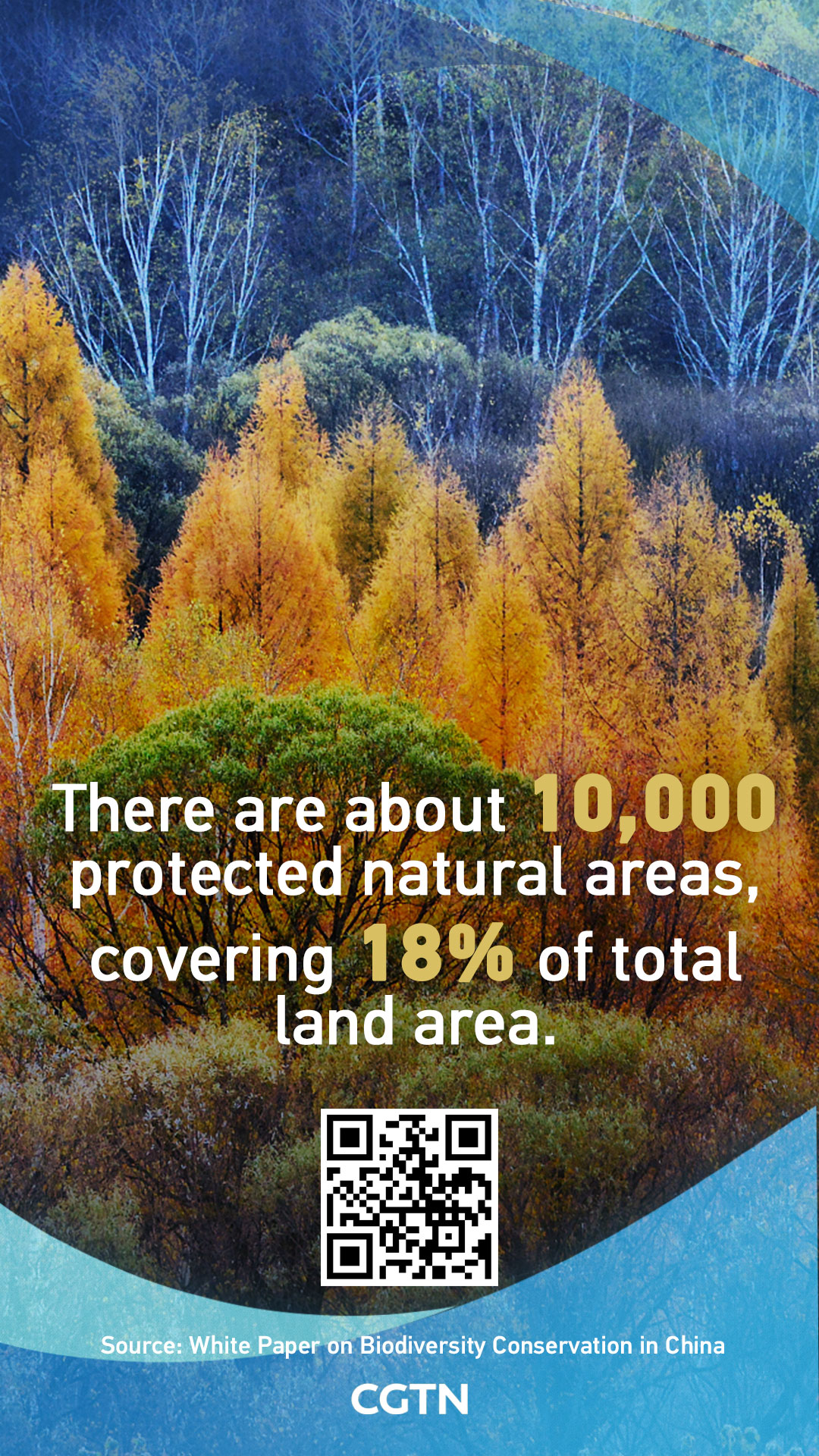 2. 10 national parks have been launched.

By establishing a scientific and rational system of protected natural areas, 90 percent of terrestrial ecosystem types and 71 percent of wildlife species under key national protection have been effectively protected. 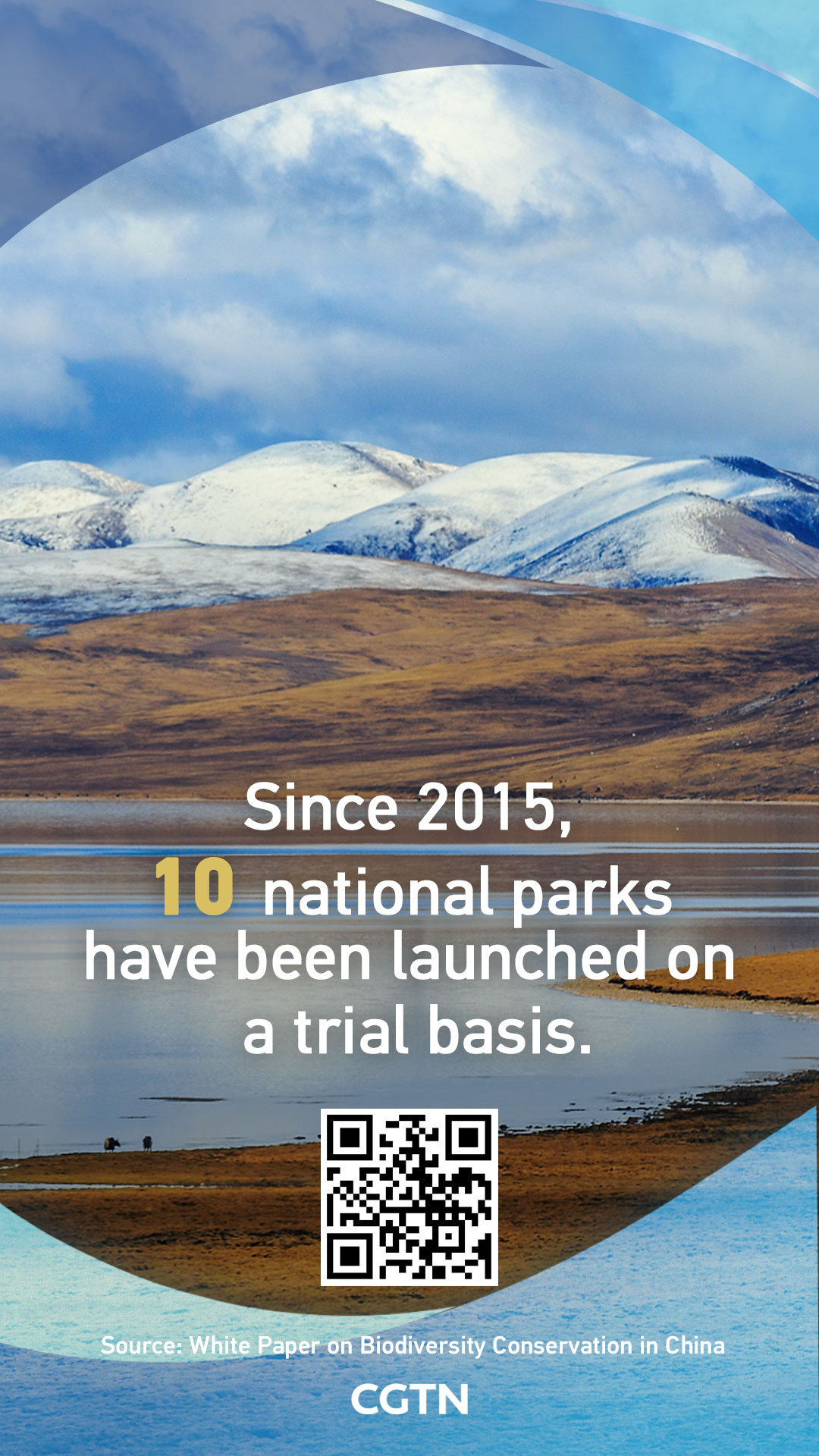 3. Habitats for wildlife keep expanding and their populations are increasing. 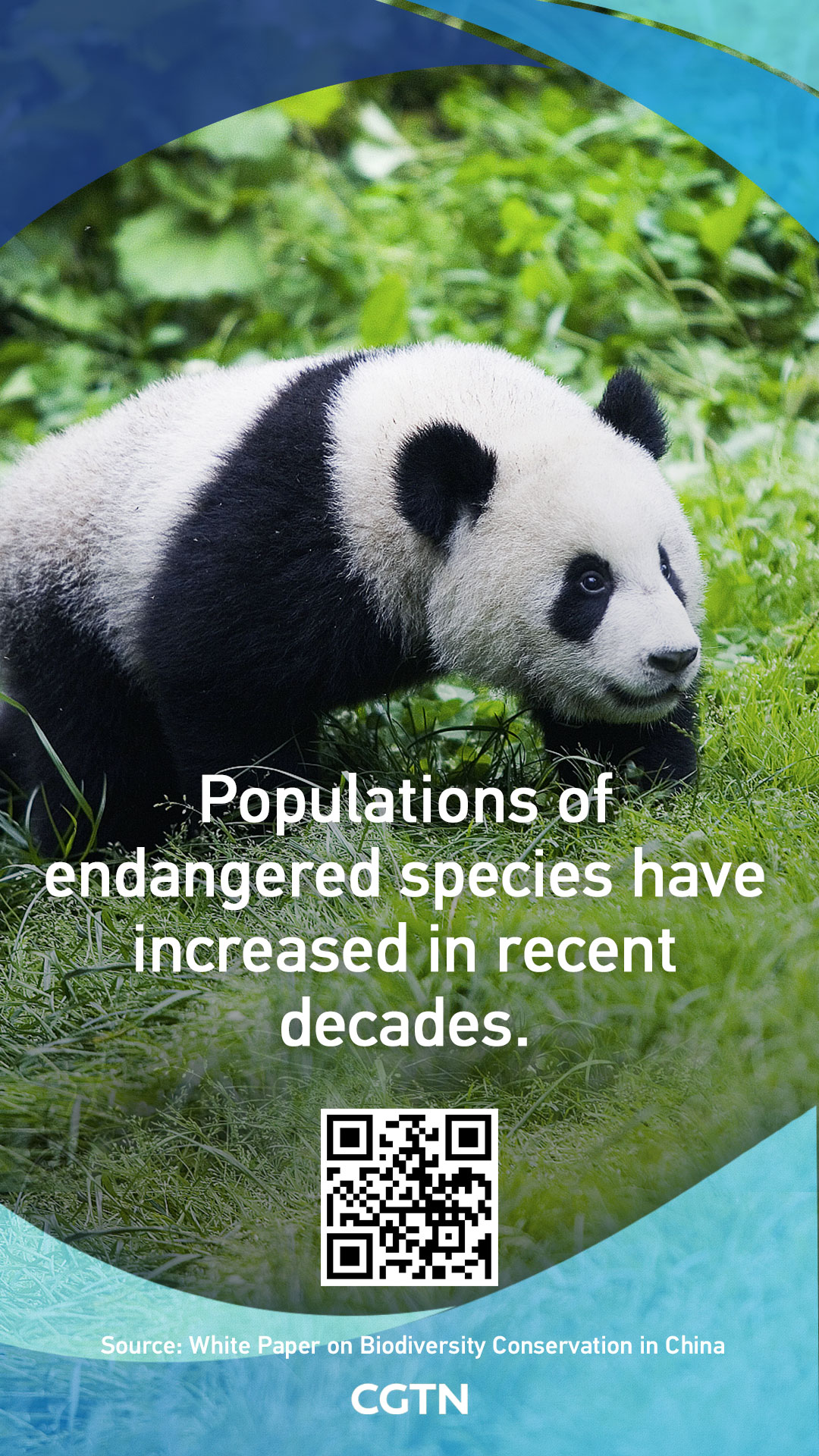 4. A large number of valuable biological germplasm resources in China have been collected and preserved. 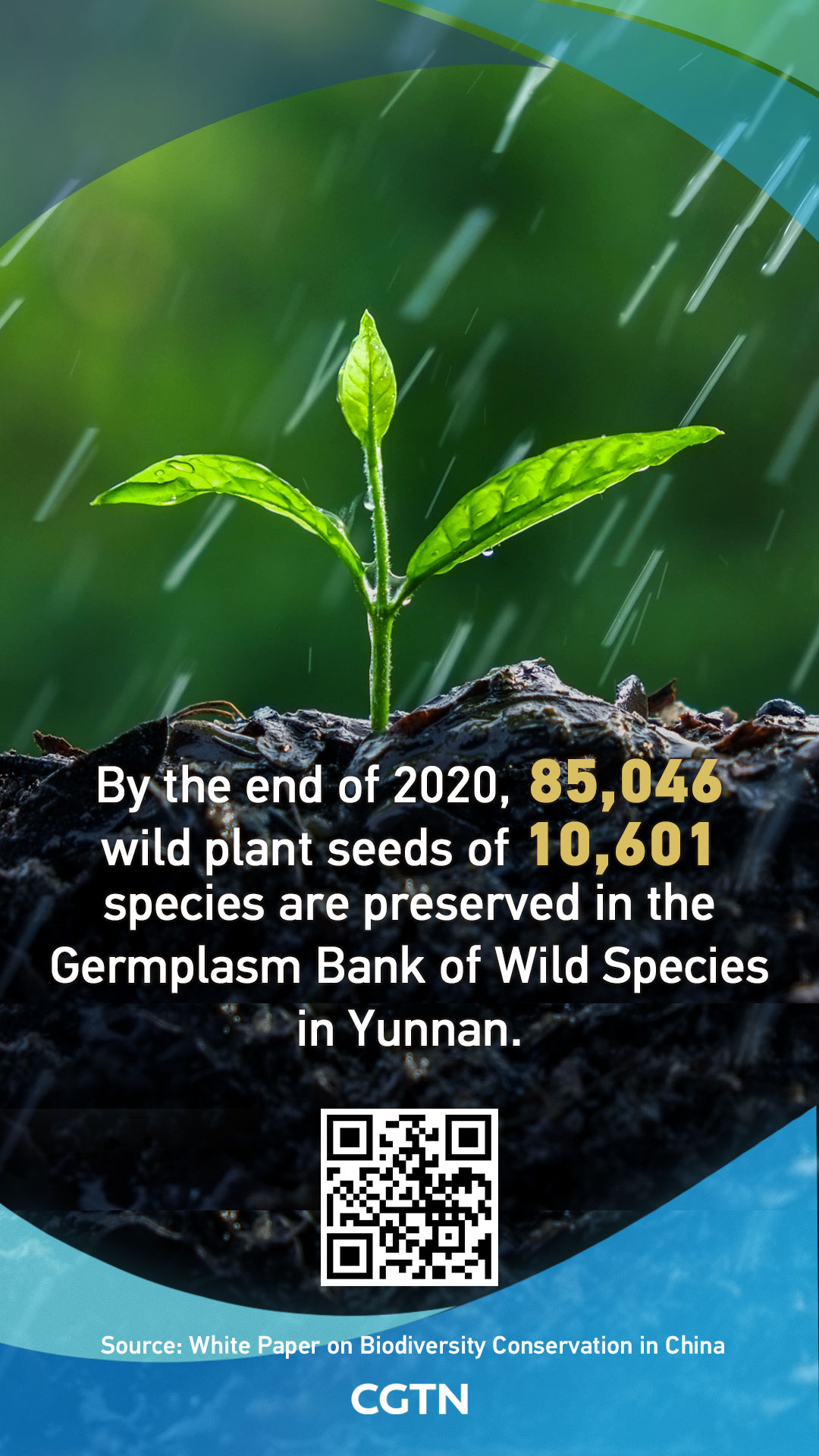 5. A relatively complete off-site protection system has been established. 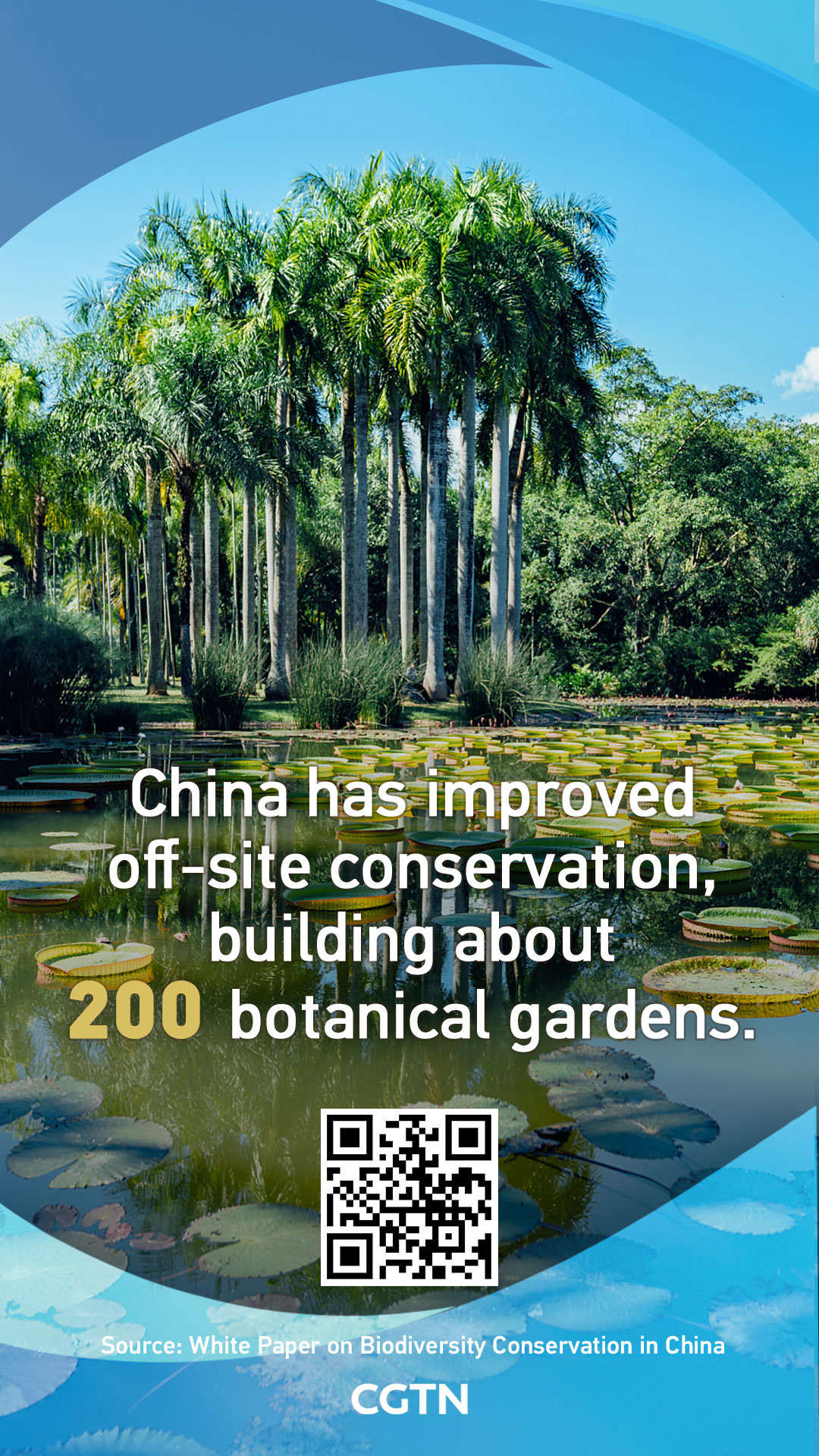 6. A series of ecological protection and restoration projects were carried out.

From 2016 to 2020, a total of 1,200 kilometers of coastline and 230 square kilometers of coastal wetlands were restored. About 25 percent of the global green area that increased from 2000 to 2017 was in China, making it the largest contributor in the world. 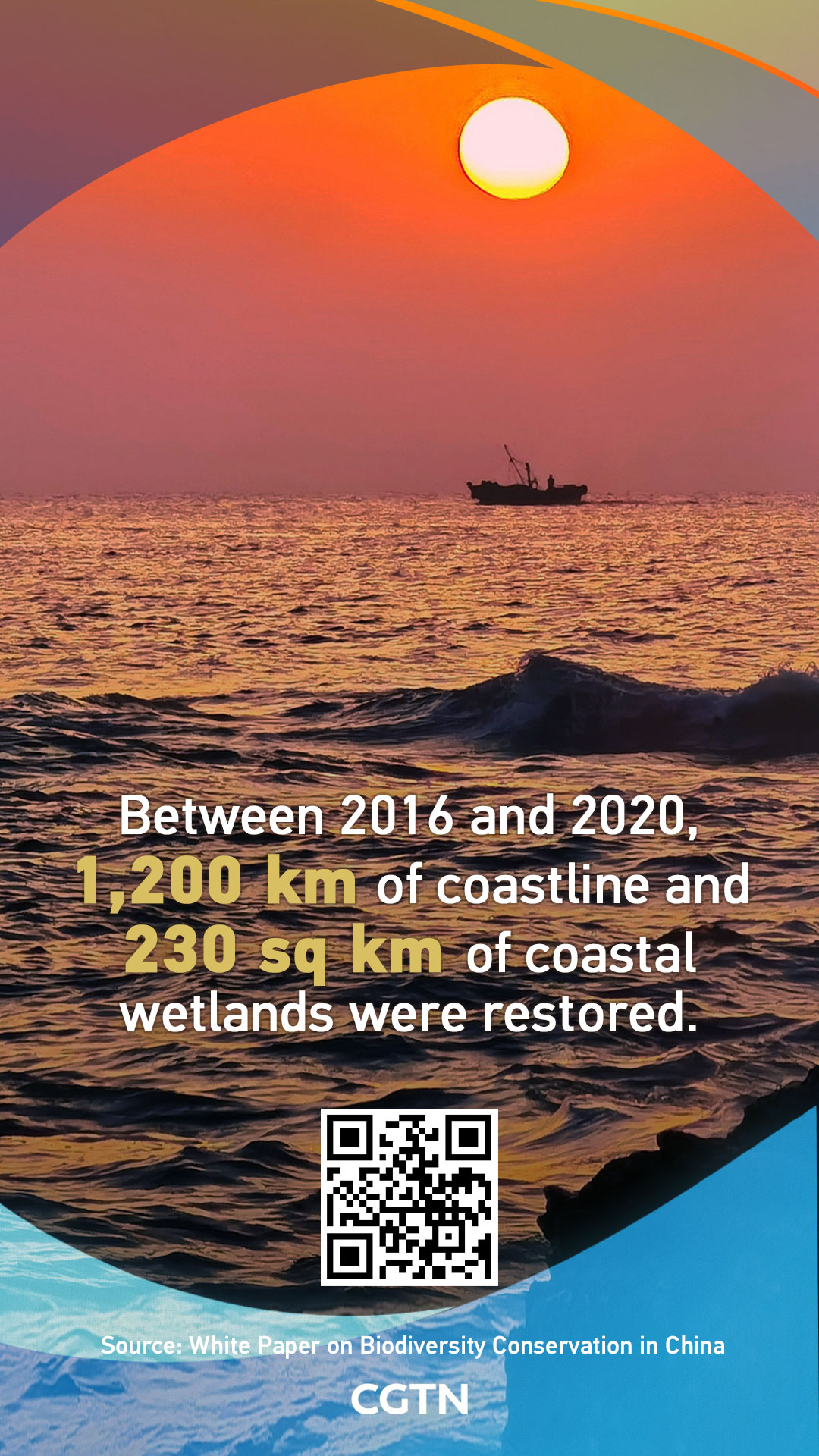