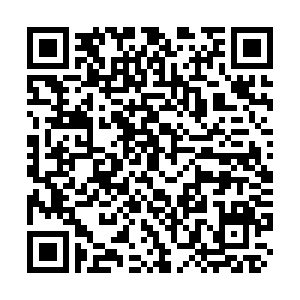 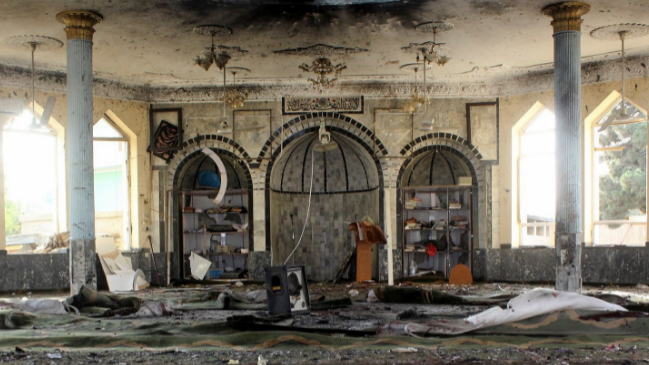 ISIS has claimed responsibility for Friday's deadly suicide attack on a Shiite mosque in the Afghan province of Kunduz, which had killed around 50 people.

Matiullah Rohani, director of culture and information in Kunduz for Afghanistan's new Taliban government, told AFP that the incident was a suicide attack and at least 46 people had died and 143 were wounded.

Two health officials told Reuters the death toll could be 70-80.

"A crime has been committed in Khan Abad area of Kunduz city," Taliban spokesman Zabihullah Mujahid told CGTN on Friday.

"An explosion took place in a mosque of Shiite compatriots during Friday prayers. A number of people were killed and injured during the prayers," said Mujahid, adding that the Taliban strongly condemned the attack. 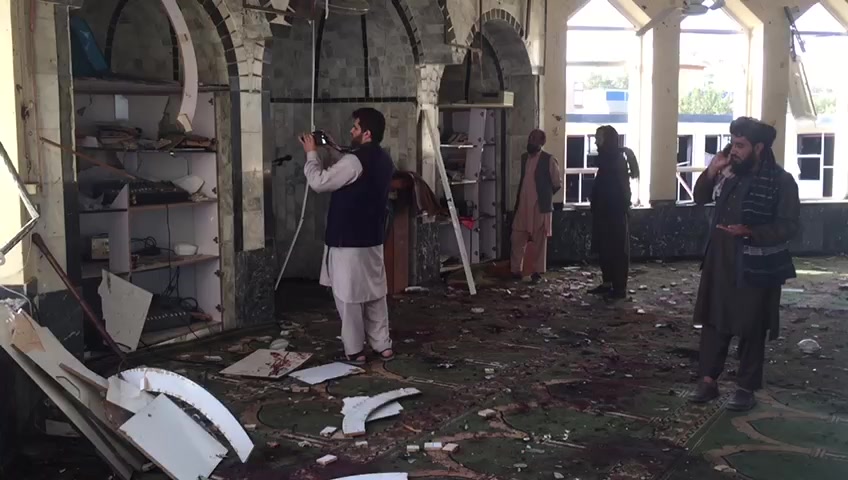 "There is no doubt that it's committed by the groups known as Daesh," he said, using the Arabic acronym for ISIS.

"The forces of the Islamic Emirate have arrived in the area and the situation is under control," according to Mujahid.

Friday's attack was the deadliest in the country since U.S. and NATO troops left Afghanistan and the Taliban took control of the country at the end of August.

An explosion outside a mosque in Kabul killed eight people on October 3. Twenty others were wounded in the explosion for which ISIS claimed responsibility.