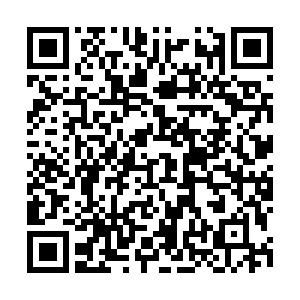 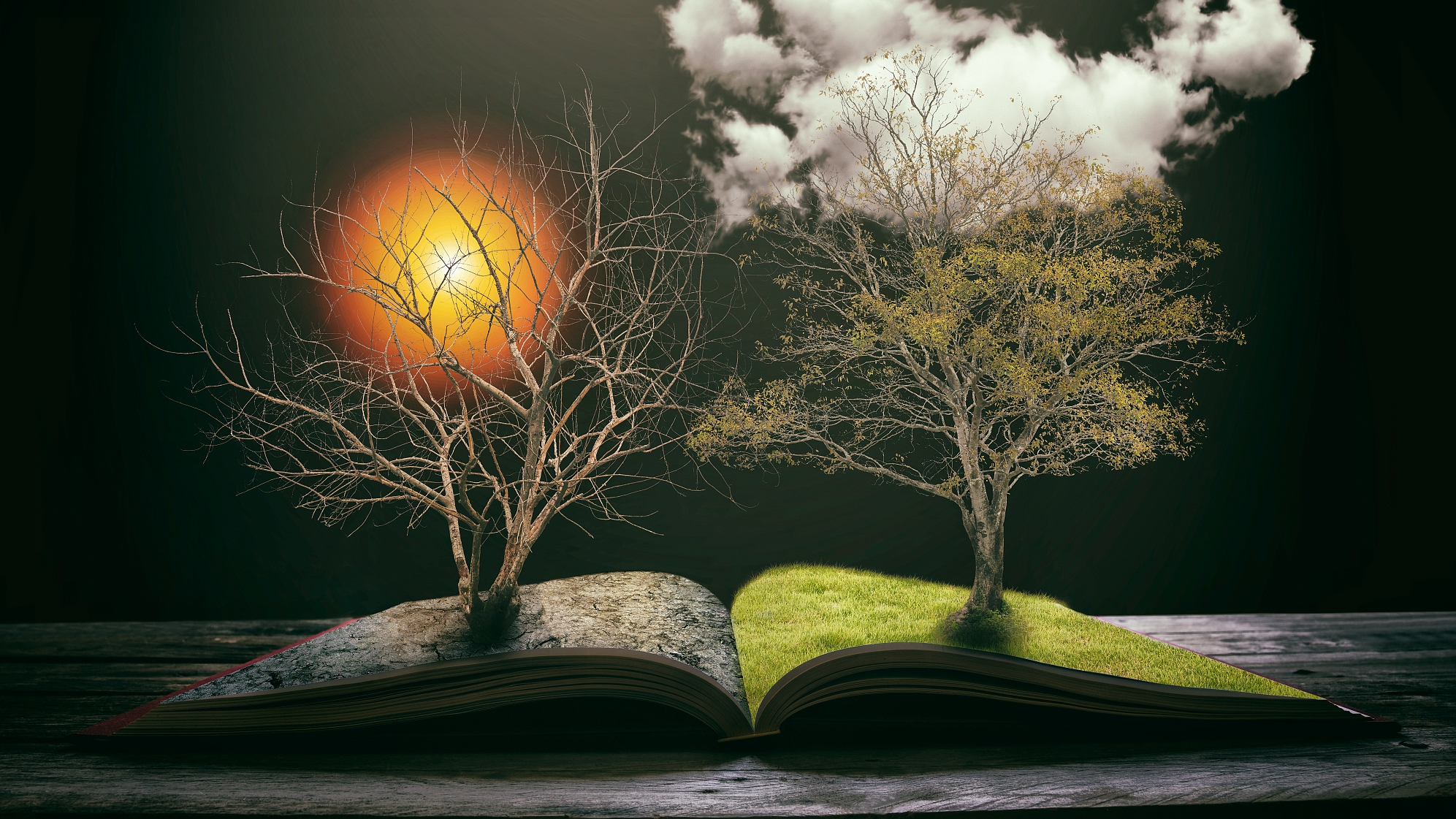 Japanese-American scientist Syukuro Manabe, Klaus Hasselmann of Germany and Giorgio Parisi of Italy on Tuesday won the Nobel Physics Prize for climate models and the understanding of physical systems. The award was the first Nobel in physics to honor climate work, and the committee said it was sending a message with its prize announcement just weeks before the COP26 climate summit in Glasgow, as the rate of global warming sets off alarm bells around the world.

"The world leaders that haven't got the message yet, I'm not sure they will get it because we are saying it," said Thor Hans Hansson, chair of the Nobel Committee for Physics. "But... what we are saying is that the modeling of climate is solidly based in physics theory."

Working in the 1960s, Manabe showed how levels of carbon dioxide in the atmosphere correspond to increased Earth surface temperatures. Crucially, he recognized the role of water vapor in trapping heat, which is much more than carbon dioxide alone.

Manabe's seminal models, carried out at a time when computer power was a fraction of what they are today, remain a blueprint for the field. But at the time he had little idea of his work's critical importance, telling reporters at a press event at Princeton, New Jersey, that he carried out his research "because I really had great fun".

Hasselmann was credited for working out how climate models can remain reliable despite sometimes chaotic variation in weather trends. The Committee praised his identification of climate "fingerprints" caused by both natural and human activities and how much climate change can be attributed solely to man-made emissions.

"In 30 to 100 years, depending on how much fossil fuel we consume, we will face a very significant climate change,"  Hasselmann said in a 1988 interview, according to a statement from the Max Planck Society in Germany.

Hasselmann received an ovation from his work colleagues when the news broke. "It was a bit strange for me, and it took a little longer for the audience to understand (my research)," he said.

"Personally, I am very grateful that young people have taken up the problem," the 89-year-old researcher added. 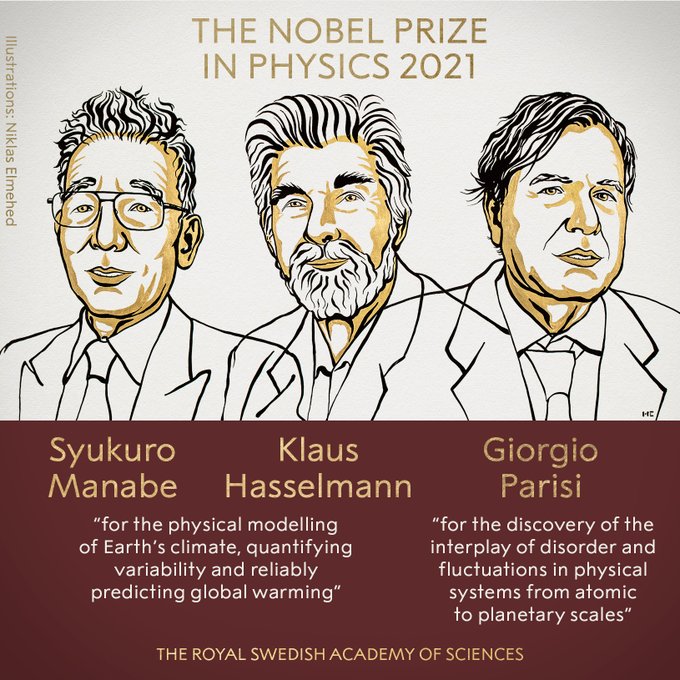 A huge threat to humanity

While scientists have been warning about dire climate outcomes for decades, there has not been nearly enough policy progress on transitioning from fossil fuels.

Asked for his views on the intersection of science and politics, Manabe said: "To try to understand climate change is not too easy, but it's much, much easier than what is happening in current politics."

Parisi was honored for his work in the 1980s that was said by the Committee to be "among the most important contributions" to the theory of complex systems. His work helped physicists understand apparently entirely random materials, with wide-ranging applications including mathematics, biology and machine learning.

"One complex system of vital importance to humankind is Earth's climate," said Parisi. "Climate change is a huge threat to humanity and it is extremely important that governments act resolutely as quickly as possible." 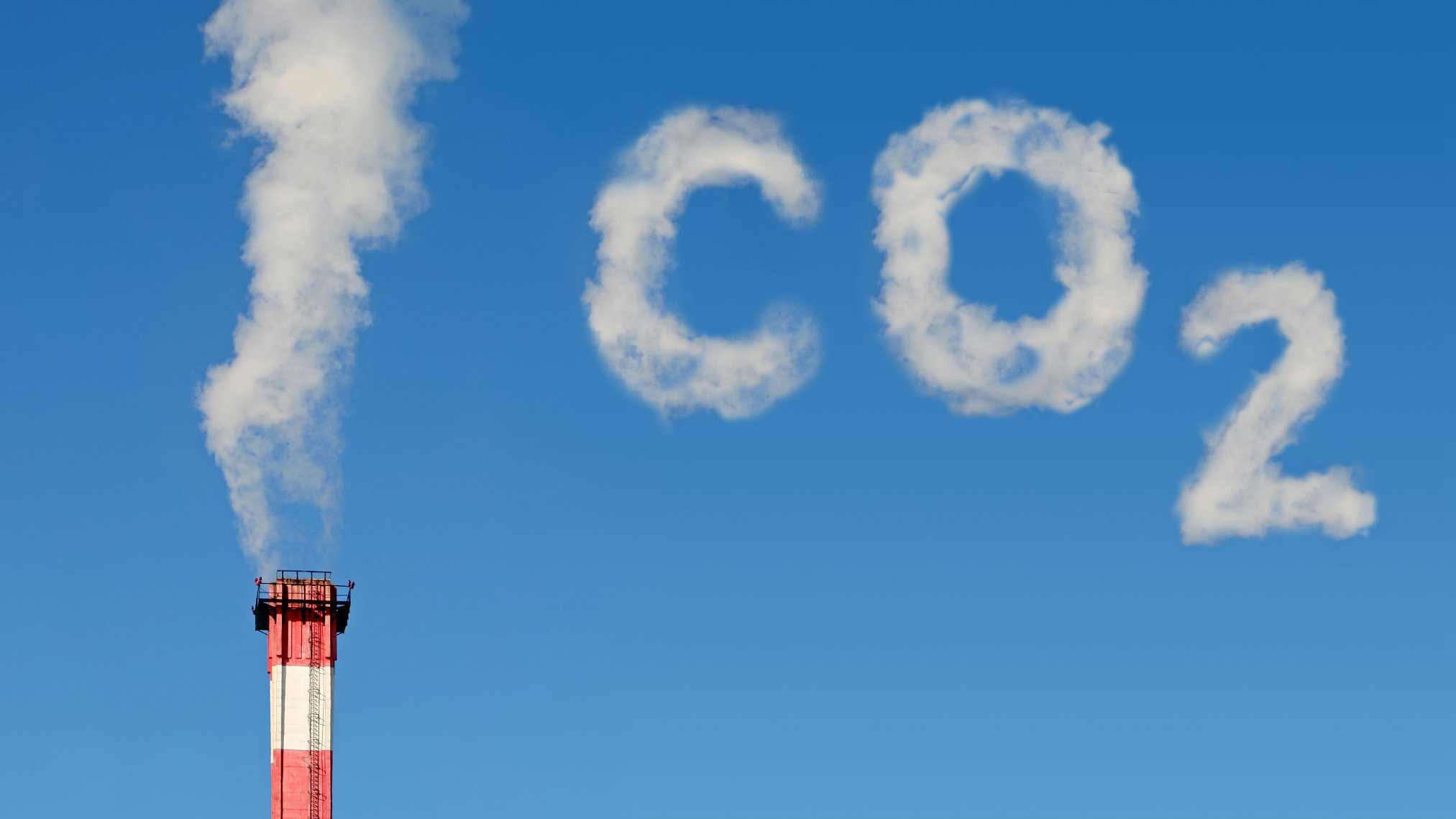 Tuesday's award was the first Nobel in physics to honor climate work, but the subject has previously received Nobel recognition in other disciplines.

The UN's IPCC, which received the Peace Prize together with former U.S. vice president Al Gore in 2007, welcomed the award and congratulated the laureates in a statement. "It is encouraging to see the Nobel Physics Prize recognizing the work of scientists who have contributed so much to our understanding of climate change," said Hoesung Lee, chair of the Intergovernmental Panel for Climate Change.

He noted that both Manabe and Hasselmann had contributed to the IPCC's assessment reports in the 1990s.

When Manabe learned he won the physics Nobel, he cast his mind to the luminaries who came before him and thought "My God, this is a big surprise that I got this award," he said. But after considering the current climate crisis, and that his contribution was a step towards understanding it better, "Then I thought, maybe it's okay."