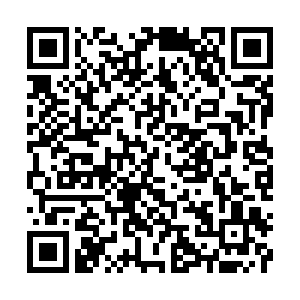 At a commemoration meeting marking the 110th anniversary of the 1911 Revolution in Beijing on Saturday, non-CPC political parties hailed the efforts made at the time to oppose the separation of the country and safeguard territorial integrity.

In a speech at the event, Wan Exiang, chairman of the Central Committee of the Revolutionary Committee of the Chinese Kuomintang (RCCK), urged people "to keep in mind the pioneers' firm conviction in opposing the separation of the country and safeguarding territorial integrity," as well as their "unremitting efforts to remove obstacles and promote reunification."

"We, the sons and daughters of the Chinese nation, should strive to realize national reunification, the unfinished cause of the pioneers of the 1911 Revolution, at the earliest opportunity," Wan added.

Speaking on behalf of the eight non-CPC political parties and the All-China Federation of Industry and Commerce, Wan, also vice chairman of the Standing Committee of the National People's Congress, said the 1911 Revolution "has left an invaluable legacy to future generations."

It ushered in a modern national democratic revolution in the truest sense and helped spread the ideas of democracy and republicanism, he said.

However, constrained by historical and social conditions, it could not change the semi-colonial and semi-feudal nature of Chinese society, nor could it accomplish the historic missions of national independence and the people's liberation, Wan said.

The spirit of the 1911 Revolution has inspired generation after generation of noble-minded patriots to forge ahead in the face of hardship and peril, he noted.

History has shown that only the Communist Party of China (CPC), which celebrates its centenary this year, can lead the Chinese people in taking on the great task of national salvation and rejuvenation, Wan added.

He said that all the non-CPC political parties and the All-China Federation of Industry and Commerce will continue to play their role as good advisors, aides, and colleagues to the CPC, contributing to the improvement and development of socialism with Chinese characteristics in the new era and to the early establishment of China as a modern socialist country that is prosperous, strong, democratic, culturally advanced, harmonious, and beautiful.

"It is our sincere hope that all of us, compatriots on both sides of the Taiwan Strait, will give top priority to the fundamental interests of our country and nation and to the big picture of the rejuvenation strategy of the Chinese nation, working together to oppose separatist elements advocating 'Taiwan Independence' in order to realize China's complete reunification as early as possible," Wan added.