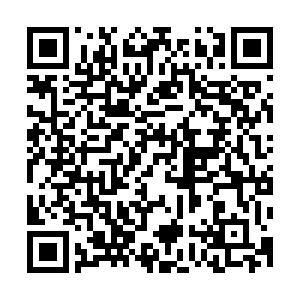 A Chinese mainland spokesperson on Saturday urged Taiwan's Democratic Progressive Party (DPP) authority to return to the right track of the 1992 Consensus and stop its attempt to seek "Taiwan independence."

Ma Xiaoguang, a spokesperson for the Taiwan Affairs Office of the State Council, made the remarks when asked to comment on recent remarks made by Chiu Tai-san, the head of Taiwan's mainland affairs council. Chiu said on Friday that it is impossible to view the 1992 Consensus as the key to realizing peace talks and exchanges between the two sides across the Taiwan Straits.

Ma said the DPP authority's attempt to seek "Taiwan independence" and its refusal to recognize the one-China principle and the 1992 Consensus are the fundamental causes to cross-strait tensions. He also slammed the DPP authority for its collusion with external forces to seek "Taiwan independence" and its sabotage of cross-strait exchanges and cooperation.

Describing the 1992 Consensus as the political foundation for cross-strait consultation and negotiation, he said relations between the two sides will not improve unless the DPP authority returns to the consensus and stop its provocative behaviors in seeking "Taiwan independence."

The spokesperson also refuted remarks made by Joseph Wu, an official with the DPP authority, regarding the interpretation of the Resolution 2758 of the United Nations General Assembly. Wu claimed on Friday that the resolution never addressed the issue of representation of Taiwan at the UN. He said participating in the UN is a common expectation of all people in Taiwan.

Ma slammed Wu for distorting the resolution. In 1971, the 26th session of the UN General Assembly adopted Resolution 2758 which restored all lawful rights of the People's Republic of China (PRC) at the UN and recognized the PRC government as the sole legal government representing the whole of China, he noted.

Taiwan, as a part of China, is ineligible for UN membership, he said, stressing that the UN is an intergovernmental international organization composed of sovereign countries.