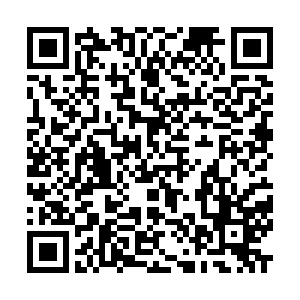 A Chinese mainland spokesperson on Saturday slammed the Democratic Progressive Party (DPP) authority's attempts of "Taiwan independence" as a betrayal of Dr. Sun Yat-sen's legacy and refuted its defamation of the mainland's activities marking the 110th anniversary of the 1911 Revolution.

The DPP's insistence on "Taiwan independence" and its collusion with external forces have harmed the well-being of Taiwan compatriots, endangered their safety and betrayed the interests of the Chinese nation, said Ma Xiaoguang, spokesman for the Taiwan Affairs Office of the State Council.

"How can the DPP be qualified or have the face to talk about Dr. Sun Yat-sen and the Xinhai Revolution when what they are doing runs completely contrary to his legacy, integrity and spirit?" asked Ma.

The mainland on Saturday commemorated the 110th anniversary of the 1911 Revolution, or Xinhai Revolution, which is hailed as a milestone in the long and arduous journey to realizing the rejuvenation of the Chinese nation.

Ma said it is of great significance to commemorate the historic exploits of revolutionary pioneers like Dr. Sun Yat-sen, to emulate and carry forward their lofty spirit of working with unshakable resolve to revitalize China, and to inspire and rally the sons and daughters of the Chinese nation at home and abroad to work together to realize China's complete reunification and the rejuvenation of the Chinese nation.

He pointed out that the DPP authority seeking "Taiwan independence" and its provocations are the root cause of the current tensions in cross-strait relations, and the biggest threat to peace and stability in the Taiwan Straits.

Ma added that "Taiwan independence" is a dead end, goes against the trend of history, and is not even remotely related to the so-called "democracy and freedom."

He stressed that resolving the Taiwan question by peaceful means best serves the interests of the Chinese nation as a whole, including the compatriots in Taiwan.

"The Taiwan question arose out of the weakness and chaos of the Chinese nation and it will be resolved as national rejuvenation becomes a reality," Ma said.