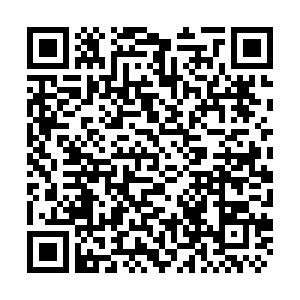 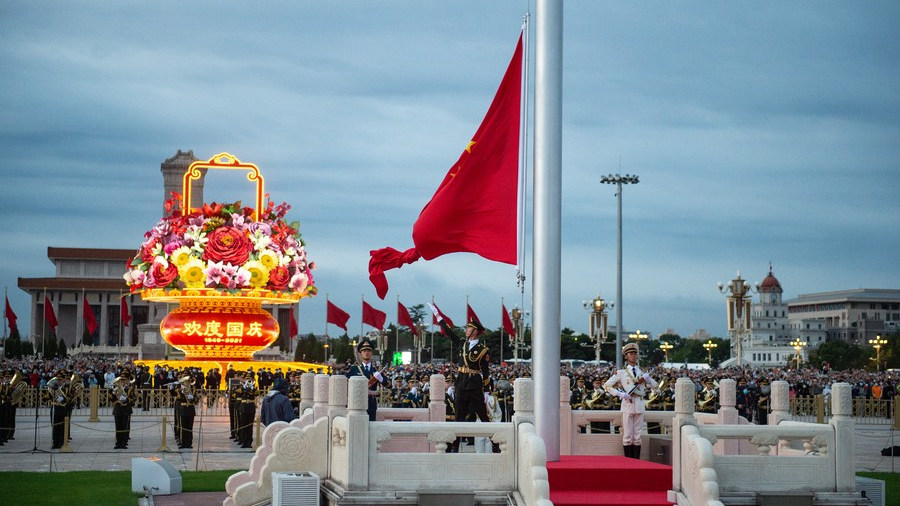 A national flag-raising ceremony to celebrate the 72nd anniversary of the founding of the People's Republic of China is held at Tian'anmen Square in Beijing, capital of China, October 1, 2021. /Xinhua

A national flag-raising ceremony to celebrate the 72nd anniversary of the founding of the People's Republic of China is held at Tian'anmen Square in Beijing, capital of China, October 1, 2021. /Xinhua

Editor's Note: Zhou Wenxing is an assistant professor at the School of International Studies, Nanjing University and former Asia Fellow at John F. Kennedy School, Harvard University. A former visiting scholar at School of Social Policy & Practice, University of Pennsylvania, Cheng Kunpeng is an official from Anhui Province's Hefei Development and Reform Commission and now works temporarily as a Communist Party of China's community branch secretary in Hefei City. The article reflects the authors' opinions, and not necessarily the views of CGTN.

More than one third of the Chinese population made domestic trips during the week-long National Day holiday. According to the latest official data released by China's Ministry of Culture and Tourism, more than 500 million domestic trips generated 389 billion yuan ($60.4 billion) during the annual public holiday. Lower than before the COVID-19 pandemic, these figures still made the "golden week" this year a standout, given the world is still grappling with the pandemic.

The main reason Chinese people can travel comparatively freely during the current difficult time lies in China's successful control of COVID-19. The Communist Party of China (CPC) and the Chinese government have been enhancing and modernizing China's national system and its governance capacity. Therefore, the successful control of the virus reflects the CPC's success in all aspects. 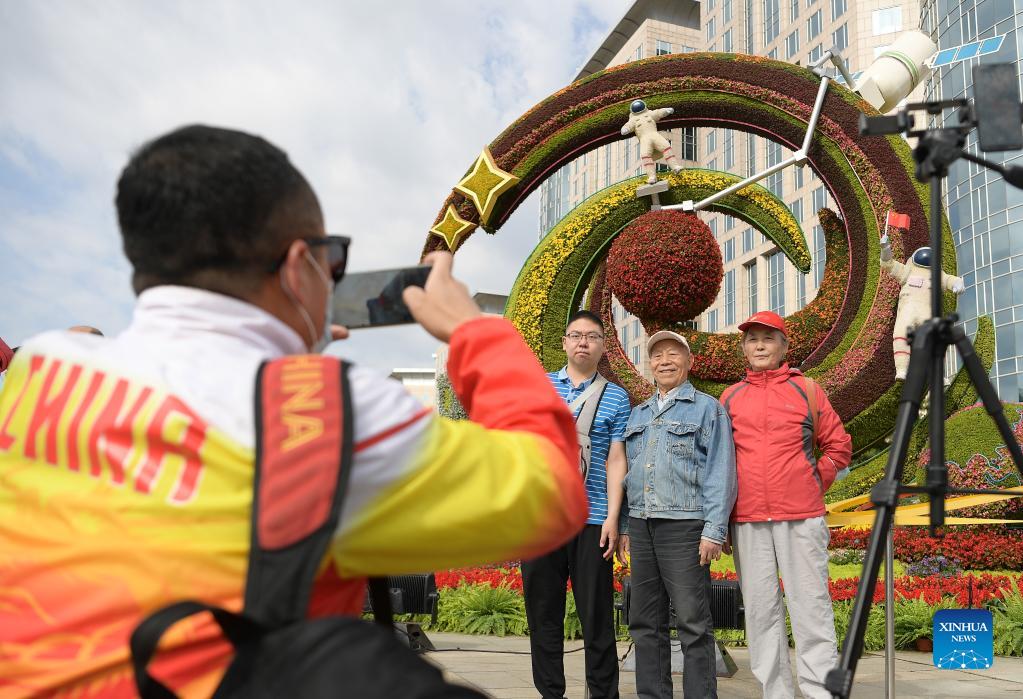 People pose for a photo in front of a flowerbed in Beijing, China, October 1, 2021. /Xinhua

People pose for a photo in front of a flowerbed in Beijing, China, October 1, 2021. /Xinhua

Indeed, evaluation systems as such make primary-level Party organizations more responsive to residents' demands. It should be noted that village and community Party secretaries' performance is also assessed, and that their salaries are paid according to the results of the evaluation systems as well. This, to a large extent, impels primary-level Party organizations to respect grassroots residents' opinions, focus on issues of wide concern and solve urgent problems.

As a matter of fact, township Party committees would annually adjust the indexes of the performance evaluation systems in accordance with ever-changing realities. Moreover, township Party committees and township congresses would also jointly supervise the performance of all organs of township governments, conduct special investigations, and hear and deliberate on work reports on a yearly basis. By doing these, demands of the masses, particularly those of the unprivileged populace, can be better reflected and met.

Meanwhile, the masses are also encouraged to express their concerns and give advice. They are entitled to address inquiries into the primary-level Party organizations and seek help from the organizations to overcome difficulties in life.

The Party and the government have been improving the primary-level governance capacity. In 2020, China eradicated absolute poverty and its GDP exceeded the 100-trillion-yuan threshold for the first time. Undoubtedly, the continuous enhancement and innovation of primary-level systems and governance capacity have played crucial roles in this process.

China has realized its first centenary goal of building a moderately prosperous society in all respects. The chances are that the country will achieve its next centenary goal of building China in a great modern socialist country in all respects, should the CPC keep modernizing the national system and governance capacity at all levels and stay true to the mission to serve the people.