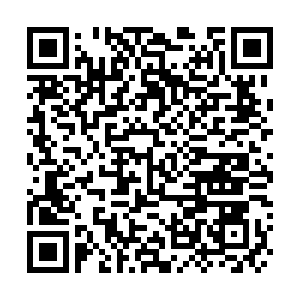 In the upcoming week, China will host the first part of the 15th meeting of the Conference of the Parties (COP15) to the UN Convention on Biological Diversity. Italy will hold an extraordinary meeting of the Group of 20 (G20) on Afghanistan.

The first part of the 15th meeting of the COP15 to the United Nations (UN) Convention on Biological Diversity is set to kick off in Kunming on Monday.

The meeting, themed "Ecological Civilization: Building a Shared Future for All Life on Earth," will review the "post-2020 global biodiversity framework" to draw a blueprint for biodiversity conservation in the future.

It is also the first global conference convened by the UN on the topic of ecological civilization.

The second part of the meeting is scheduled to be held in the first half of 2022 to draft an ambitious and practical post-2020 global biodiversity framework through broad and deepened negotiations, according to China's Ministry of Ecology and Environment.

An extraordinary meeting of the G20 major economies to discuss Afghanistan will take place on Tuesday in an attempt to lay down strategies to tackle the development of the situation in Afghanistan.

"We have to see whether there are shared objectives among the G20 nations ... we have reached a point where we only need to worry about saving lives," Draghi told a news conference.

According to Italian Prime Minister Mario Draghi, Qatar, the International Monetary Fund, the World Bank and the UN will also participate.

The extraordinary G20 meeting will take place a few weeks before the summit of the leaders scheduled in Rome for October 30-31.

Monday: China hosts the 15th Conference of the Parties (COP15) to the Convention on Biological Diversity (to Oct. 15).

Thursday: The foreign ministers of the CIS countries will meet in Minsk.