Download
A remarkable comeback for wildlife in China
CGTN 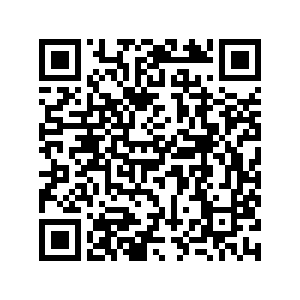 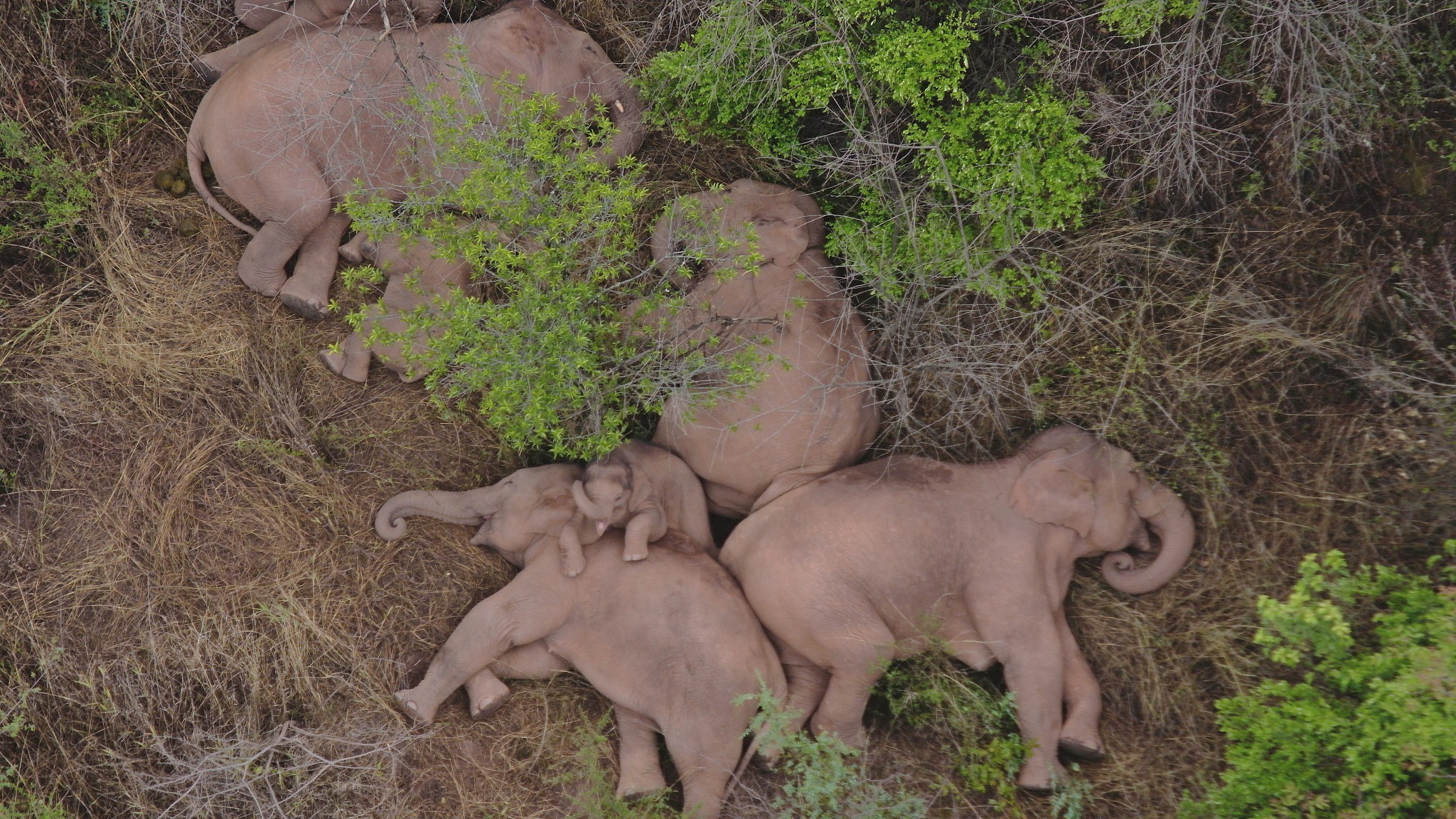 Several rare wildlife species whose populations had dwindled over the years, with some on the edge of extinction, have made a remarkable comeback across China.

There have been frequent news reports of sightings of rare wild animals, including wild Asian elephants roaming around human settlements in the southwest, Siberian tigers in the northeast, Chinese mountain cats and crested ibis in the northwest, milu deer in the central regions and Bryde's whales off the coast of Shenzhen in the south.

The true scale of China's wildlife comeback can be found in statistics presented in the country's first white paper on biodiversity conservation, which was released on Friday.

The population of giant pandas in the wild has grown from 1,114 to 1,864 over the past four decades, while the crested ibis population has increased from only seven to over 5,000, according to the white paper. 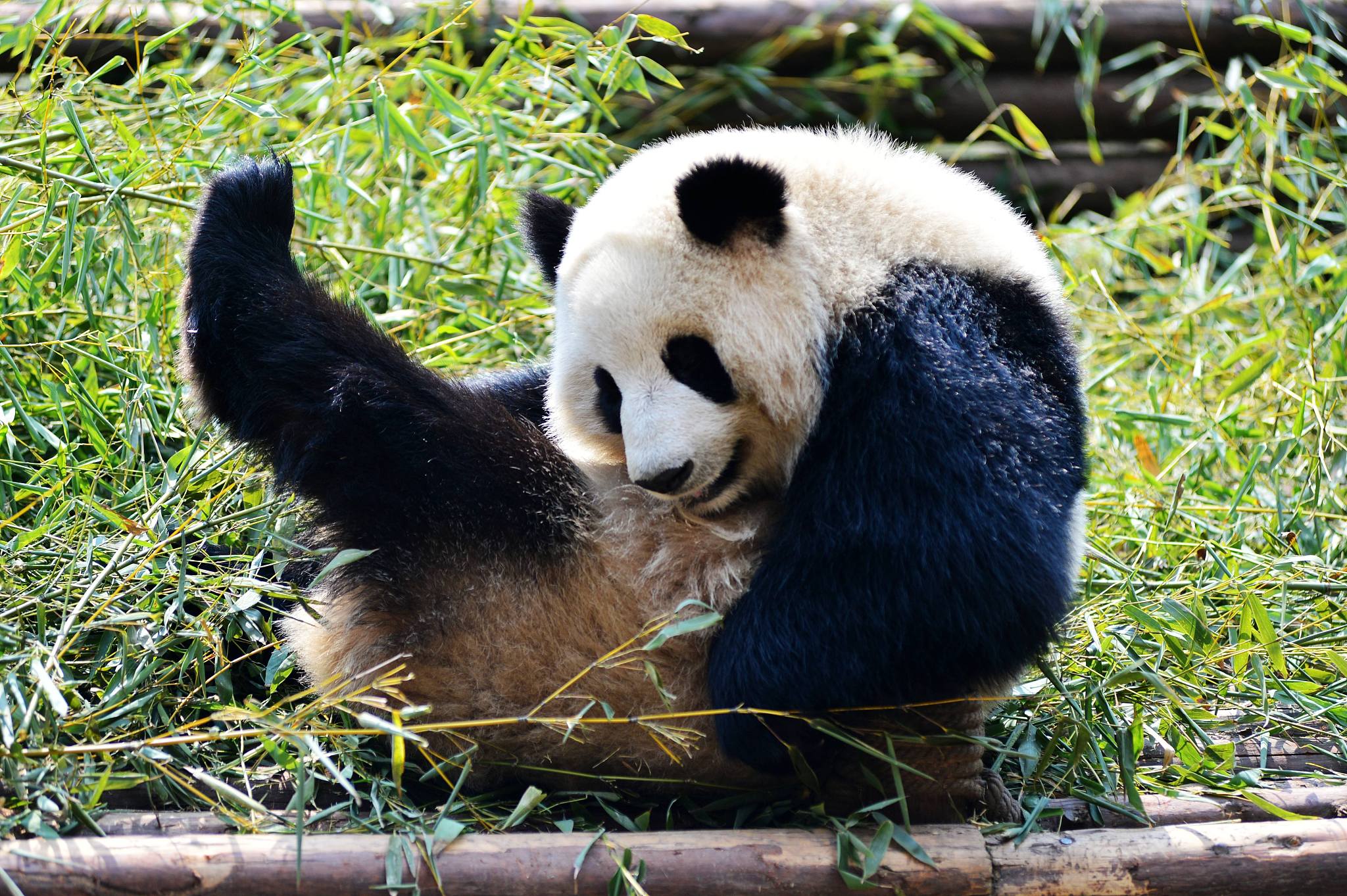 The number of captive pandas has grown and they have been downgraded from "endangered" to "vulnerable." /CFP

The number of captive pandas has grown and they have been downgraded from "endangered" to "vulnerable." /CFP

The Asian elephant population in the wild has grown from 180 in the 1980s to about 300 at present, and the wild population of Hainan Gibbons has increased from no more than 10 in two groups 40 years ago to 35 in five groups.

The number of captive pandas has also grown, and they have been downgraded from "endangered" to "vulnerable" on the list of species at risk of extinction.

A separate report from China's National Forestry and Grassland Administration shows that milu deer, once nowhere to be found in the wild, have grown to around 10,000 in number and live in three conservation bases in Beijing and the provinces of Jiangsu and Hubei. The population of snow leopards in Qinghai Province has expanded to more than 1,800.

"The expanding population of snow leopards [in Qinghai] provides compelling evidence of an improving ecological environment in the region," said Zhang Dehai, chief engineer of the management bureau of Sanjiangyuan National Park. 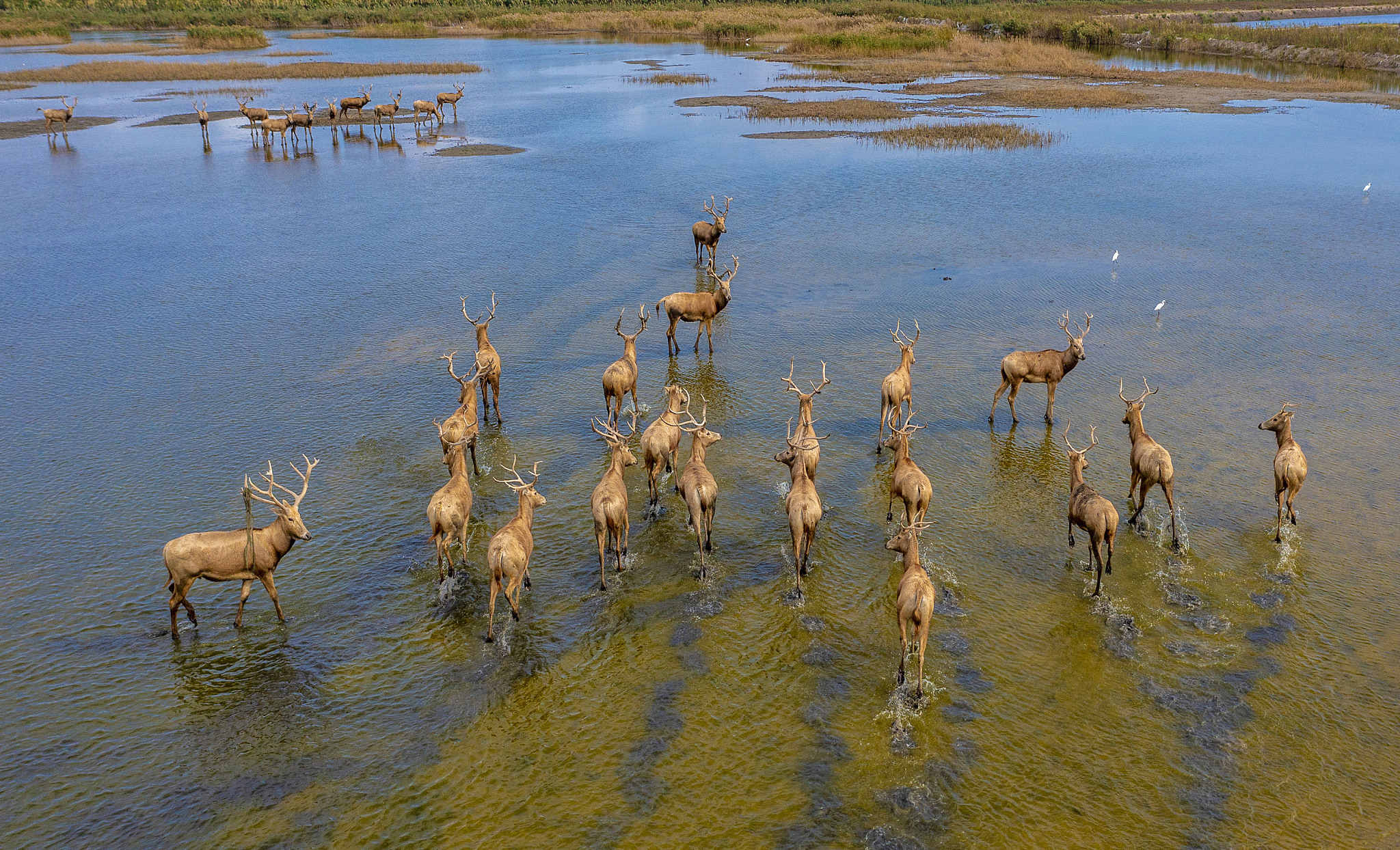 The population of milu deer has grown significantly. /CFP

The population of milu deer has grown significantly. /CFP

Amid efforts to improve the habitats for wild animals and conserve the ecosystems, China has been piloting a national parks system and implementing its "red line" strategy for ecological conservation, an important institutional innovation in its land-use planning and eco-environmental reform.

The red line strategy enables China "to build a resilient environment able to adapt to future impacts and shocks," said Elizabeth Maruma Mrema, executive secretary of the Convention on Biological Diversity, in an interview with Xinhua.

Across these areas, local authorities have been required to tailor protection and restoration measures as per local ecological conditions and prioritize the habitats of important species during implementation.

Alongside this, China has intensified efforts in eco-environmental conservation and restoration, as well as its fight against pollution.

Over the past decade, the area of new forests in China has exceeded 70 million hectares, ranking first in the world, according to the National Forestry and Grassland Administration.

Through continuous efforts at fighting pollution, China has seen cleaner air and clearer waters. In 2020, the number of days with good air quality in 337 cities at and above the prefecture level across China accounted for 87 percent of the total days in a year on average. In the same year, of the 1,937 surface-water areas under state monitoring, the proportion of water sections with fairly good quality was 83.4 percent.

"By improving the general environment, our water quality is getting better, and the coverage of forests is expanding. This provides wild animals with a favorable environment in which to live and reproduce," said Zhuo Weihua, former director of the department of wildlife and nature reserves, Henan provincial forestry administration.

Recognizing the fundamental role of good ecosystems in preserving biodiversity, China has made all out efforts to improve biodiversity governance, including elevating biodiversity conservation to a national strategy, rolling out measures to improve the legal and policy frameworks, expanding oversight on law enforcement and encouraging public participation.

Chinese customs have also initiated or participated in many international and regional joint actions, improving long-term cooperation mechanisms to combat the smuggling of endangered wildlife and products.

As one of the most biodiverse countries, China is among the first nations to sign and approve the United Nations (UN) Convention on Biological Diversity.

In 2010, the China National Biodiversity Conservation Strategy and Action Plan (2011-2030) was published. Since then, China has been working for a better eco-environment by improving the legal system and other mechanisms, strengthening in-situ and ex-situ conservation, increasing public participation and boosting international cooperation and exchanges on biodiversity.

So far, China has made a positive contribution to the 2020 global biodiversity targets, also known as the Aichi targets, and the UN 2030 Sustainable Development Goals.

It has over-fulfilled three of the Aichi targets – establishing terrestrial nature reserves, restoring and ensuring important ecosystem services and increasing ecosystem resilience and carbon storage – and made progress on 13 targets, including mainstreaming biodiversity, the sustainable management of agriculture, forestry and fishery and sustainable production and consumption, said the white paper on biodiversity conservation.

The efforts that China has made in recent decades to protect and conserve biodiversity represent a good model for future work, which other countries can also emulate and learn from, said Mrema.