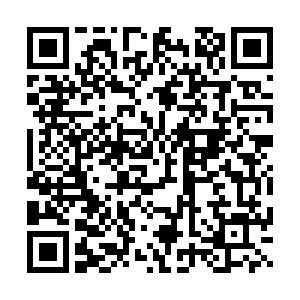 Editor's note: CGTN has made a series of reports on Chinese "Rising Star" cities whose annual GDP exceeds 1 trillion yuan ($156.3 billion). At the end of 2020, there were 23 such cities. This special report focuses on Chongqing.

Deep in the hinterland of southwest China, Chongqing, home to over 30 million people, has developed into a major destination for foreign capital in recent years.

The city is often compared with Chicago, which serves as a gateway to the United States' vast lands to its west and a hub for roads, rail lines and waterways.

Since gaining the same provincial-level status as Beijing and Shanghai in 1997, Chongqing has undergone fast economic growth and joined China's "trillion-yuan club," a group now consisting of 23 cities each with annual GDP exceeding 1 trillion yuan (about $154 billion) a decade ago. 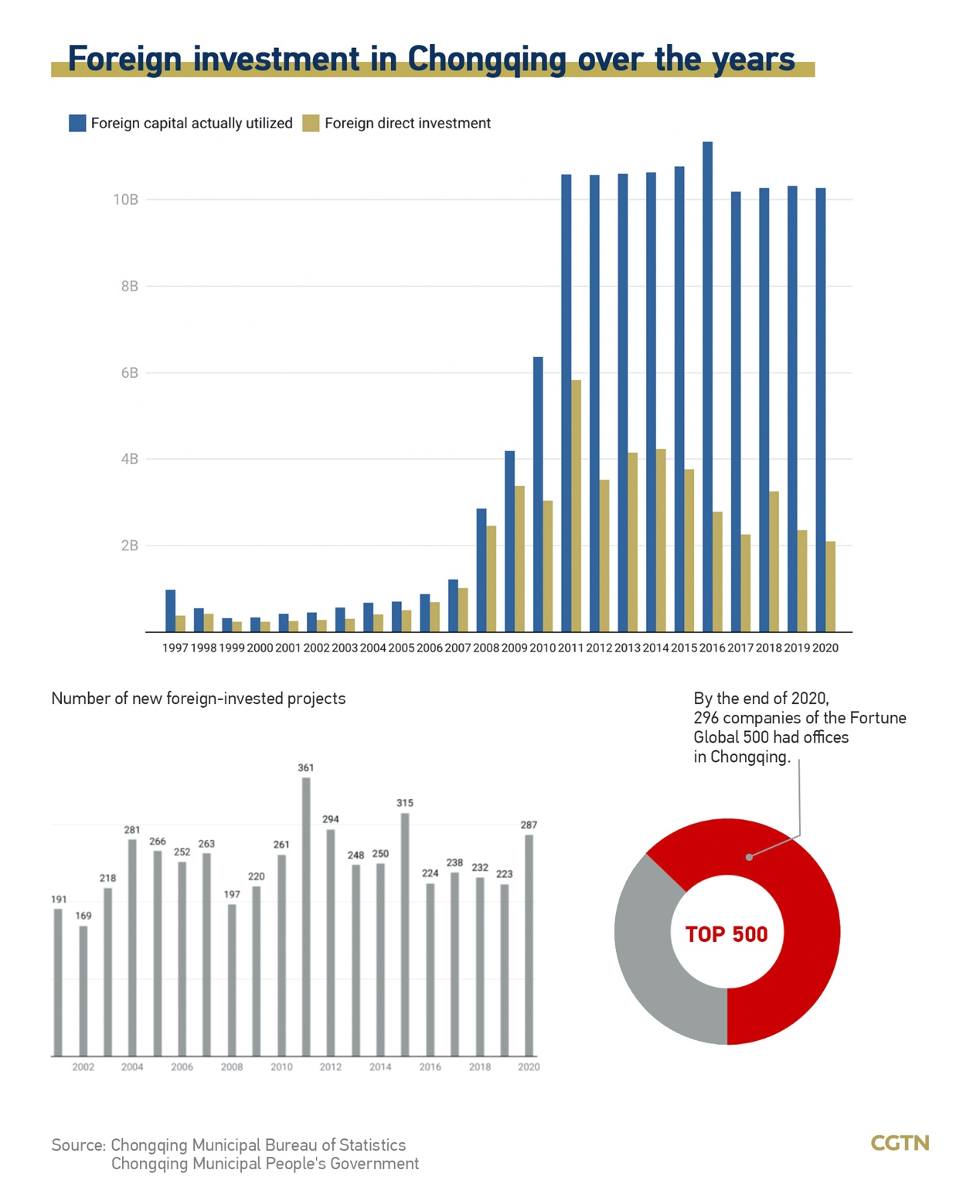 The stable inflow of foreign capital indicates that Chongqing has long been on the radar of international companies. By the end of 2020, 296 companies on the Fortune Global 500 had offices in Chongqing.

Why does Chongqing stand out?

Chongqing is a key port and logistic node for several national-level projects aiming to build trade and infrastructure networks with the rest of the world.

The extensive highway and railway networks connect Chongqing with countries in Asia, Europe and Africa via the Belt and Road Initiative. It is also the center of a China–Singapore project attempting to enhance connectivity between western China and Southeast Asia and a major destination for the China-Europe Railway west route.

The unparalleled geographic position has helped the inland city to do business and expand cooperation with other countries. 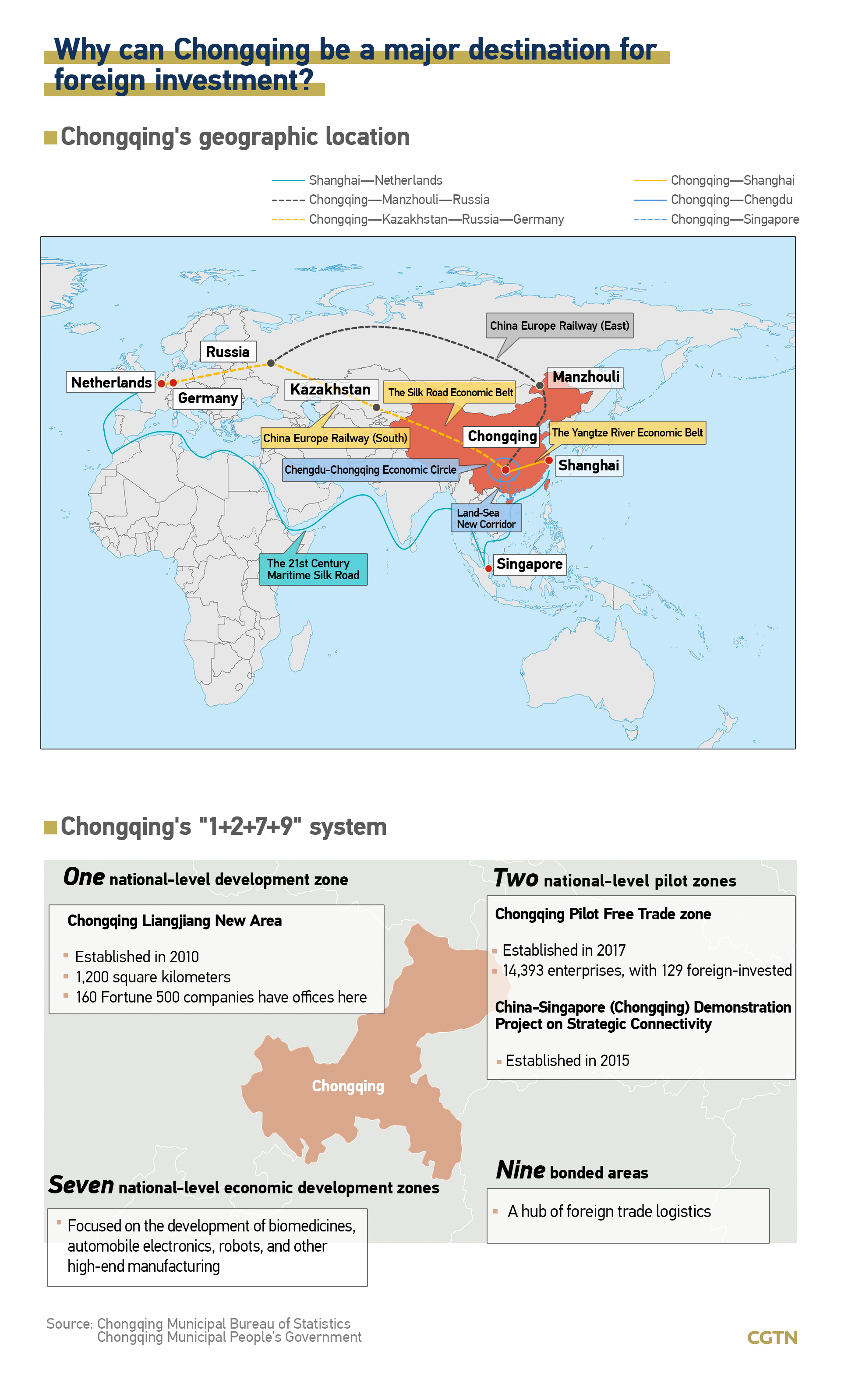 In addition, Chongqing has a variety of industrial bases. According to the Chongqing Association of Enterprises with Foreign Investment, the city's largest manufacturing centers are for automobiles and motorcycles. It has produced over one-third of China's laptops since 2015. Emerging industries including bio-medicines, information and computer technology have also maintained strong growth momentum. 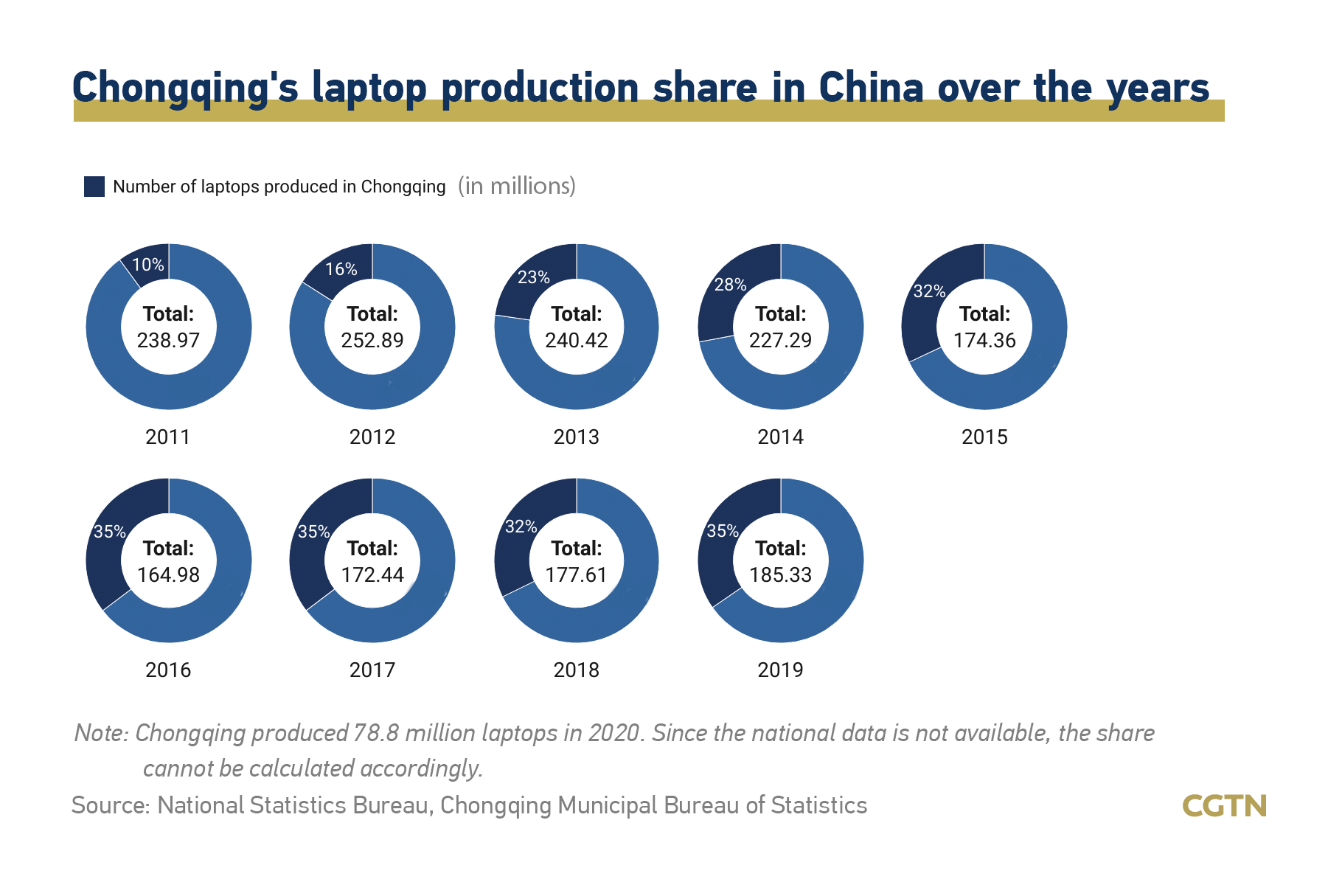 And among the five indicators for starting a business in Chongqing, applying for construction permits, registering properties, executing contracts and handling bankruptcy have all exceeded the world average, results released by the World Bank's consultation and evaluation this year showed.

To improve the city's competitiveness, it has also offered tax cuts and various incentives, including a lowered corporate income tax rate, tariff exemptions on imported equipment, affordable land prices and looser regulation of land uses for foreign investors engaged in doing business in the industries encouraged by the municipal government.

From January to June, the number of foreign-invested firms newly established in Chongqing increased 34.9 percent year on year. High-tech companies accounted for nearly 30 percent of the total, data from Chongqing's Municipal Commission of Commerce showed.

The city's foreign investment in actual use expanded 20.1 percent year on year to $4.82 billion in the first six months.

A recent survey by the Ministry of Commerce shows that 96.4 percent of foreign-invested enterprises are optimistic about their business prospects in China. Chongqing has made its way to a new frontier for foreign investment in China's central and western regions.