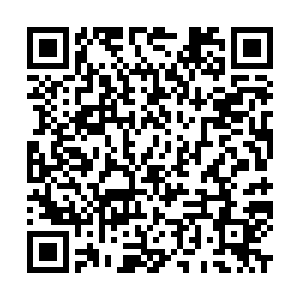 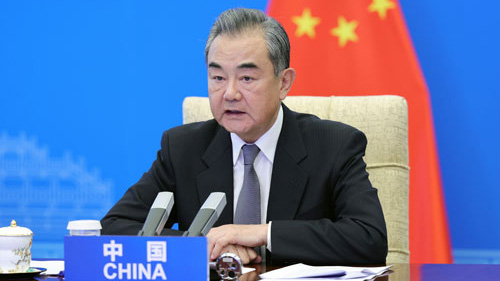 China has always been the participant and propellent of the Conference on Interaction and Confidence Building Measures in Asia (CICA) process, said Chinese State Councilor and Foreign Minister Wang Yi on Tuesday.

Wang also added at the sixth foreign ministers' meeting of the CICA via video link that CICA should keep pace with the times, leverage its advantages in cooperation, enrich its practices, and contribute its wisdom and strength to building an Asian community with a shared future.

The Chinese foreign minister called on the CICA to strengthen cooperation in the fight against COVID-19, stressing that China stands for the vision of building a community of common health for mankind and believes that vaccines should be a global public good.

Overcoming its own difficulties, China has provided more than 1.4 billion doses of finished and bulk vaccines to international community, according to Wang. He reiterated that in addition to donating $100 million to COVAX, China will donate 100 million doses of vaccines to other developing countries in the course of this year.

Wang also urged all parties to be scientific and oppose attempts to politicize the pandemic, label the virus, and use origins tracing as a tool.

Referring to Afghanistan situation, Wang said Afghanistan should be "open and inclusive," resolutely fight against terrorism and develop friendly relations with its neighbors.

He added all parties should meet Afghan halfway so as to create favorable conditions for the country's reconstruction and development.

Wang also noted international community should be caution with the essence of Australia-UK-U.S. trilateral security partnership and the so-called Indo-Pacific strategy proposed by the U.S. while calling for jointly opposing any attempt to undermine regional peace and stability.

Calling on the CICA to actively promote economic recovery, the Chinese foreign minister voiced the hope that all parties will actively support and join China-proposed Global Development Initiative to accelerate the implementation of the UN 2030 Agenda for Sustainable Development, and jointly promote a stronger, greener and healthier global development.

"We should unswervingly promote high-quality cooperation in building the Belt and Road to help the regional economy recover comprehensively," Wang said, adding that China is willing to give full play to the advantage of a super-large market to provide more opportunities and stronger momentum for the post-pandemic economic recovery of Asian countries.

He also said CICA members should firmly practice multilateralism, abandon the Cold War mentality and zero-sum game mindset and oppose actions that use the name of so-called rules to undermine the international order.

Wang also called for firmly upholding the international system with the United Nations at its core, and vigorously promoting the common values of humanity, including peace, development, fairness, justice, democracy and freedom.