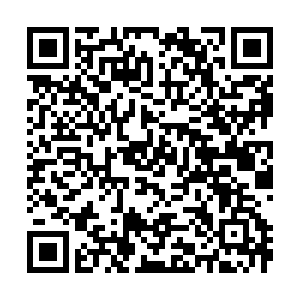 Kim Jong Un, top leader of the Democratic People's Republic of Korea (DPRK), has said there are no grounds to believe the United States is not hostile toward Pyongyang, accusing Washington of raising tensions on the Korean Peninsula, state media KCNA reported on Tuesday.

Kim made the remarks on Monday in a speech at a defense development exhibition to mark the 76th founding anniversary of the ruling Workers' Party (WPK) on Sunday.

He said that DPRK's weapon development is in self-defense in the face of hostile policies from the U.S. and a military buildup in the Republic of Korea that threatens security on the Korean Peninsula.

"We are not discussing war with anyone, but rather to prevent war itself and to literally increase war deterrence for the protection of national sovereignty," he said.

Despite statements from Washington that it holds no hostile feelings toward Pyongyang, those assertions are hard to believe in the face of its continued "wrong judgments and actions," Kim said.

KCNA reported on Monday that Kim had held a lecture to mark the party's founding anniversary. During the event, he stressed the need to improve people's living conditions.

He said the party remains determined to efficiently push ahead with the five-year national economy plan set forth at the WPK congress in January and called on officials to solve people's food and housing problems.

Kim also told party officials to "always consider whether their work infringes upon the interests of the people or cause trouble to the people."

(Cover: DPRK leader Kim Jong Un addresses the event celebrating the 76th anniversary of the founding of the ruling WPK in Pyongyang, DRPK, in this undated photo released on October 11, 2021, by KCNA. /Reuters)