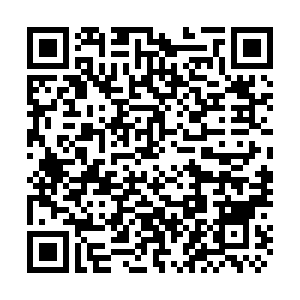 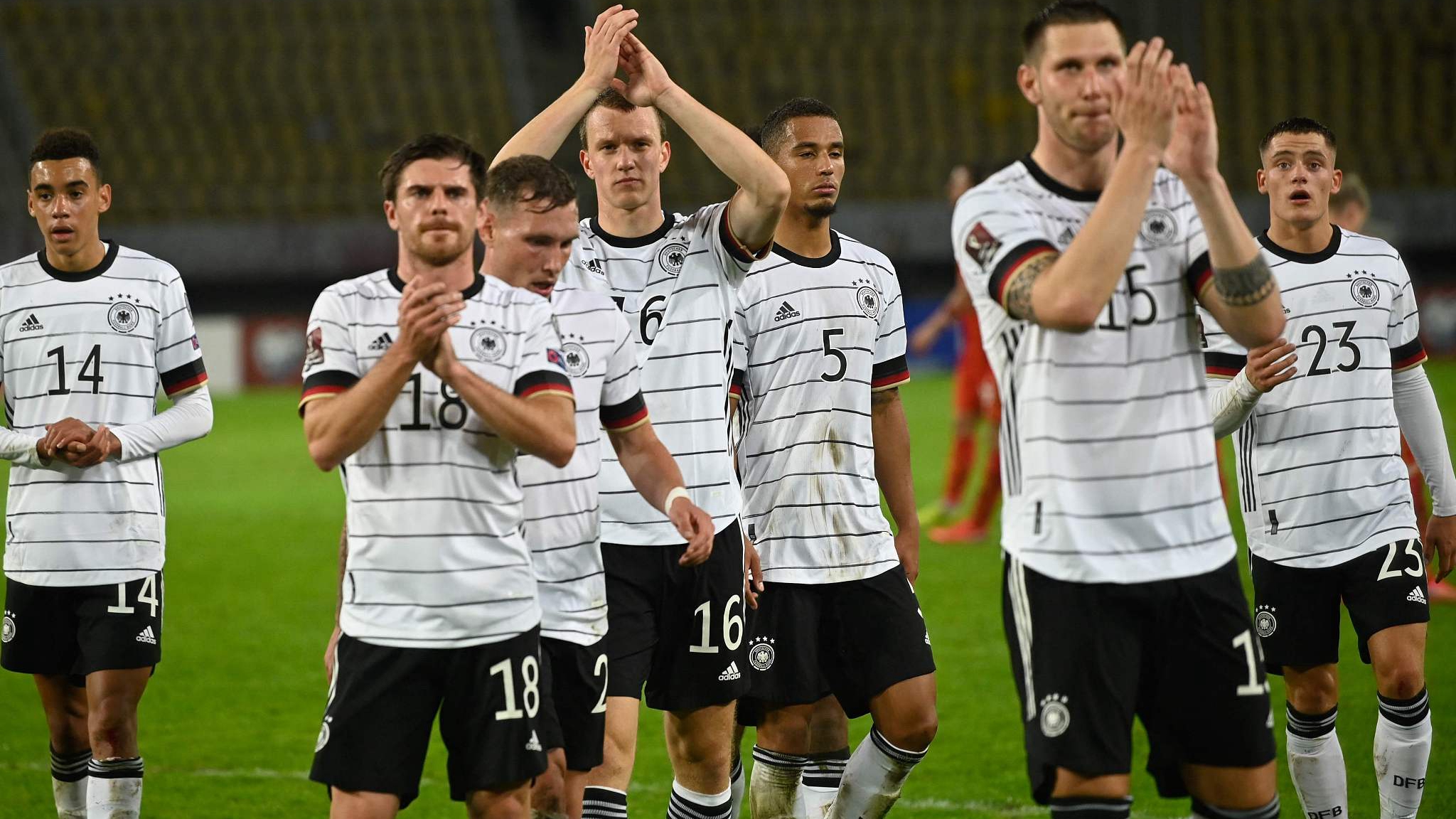 A Timo Werner double on Monday helped Germany stamp their ticket for the 2022 World Cup with a 4-0 win over North Macedonia, but Belgium will have to wait until next month after Wales carved out a narrow win in Estonia.

Hansi Flick's men avenged a shock 2-1 home loss to the Macedonians earlier this year to claim their seventh win in eight qualifiers and take an unassailable eight-point lead at the top of Group J, with two matches remaining.

"We now have five wins from five this season," Germany coach Hansi Flick told RTL. "You have to compliment the team on their attitude. Of course, the first half was a bit wild, but we can be happy that we won and qualified."

Germany went into their match in Skopje knowing that they could secure their passage if they won and Armenia failed to beat Romania.

After a goalless first half, Kai Havertz broke the deadlock five minutes after the interval before Chelsea's Werner struck twice in three minutes to clinch the tie for the Germans.

His first came on 70 minutes when Thomas Mueller, who had teed up Havertz, flicked the ball into the path of Werner who crashed the ball past Stole Dimitrievski in the Macedonian goal.

Three minutes later, substitute Florian Wirtz got the touch through for Werner to curl his shot past Dimitrievski and chalk up his fifth goal in his last five qualifiers. 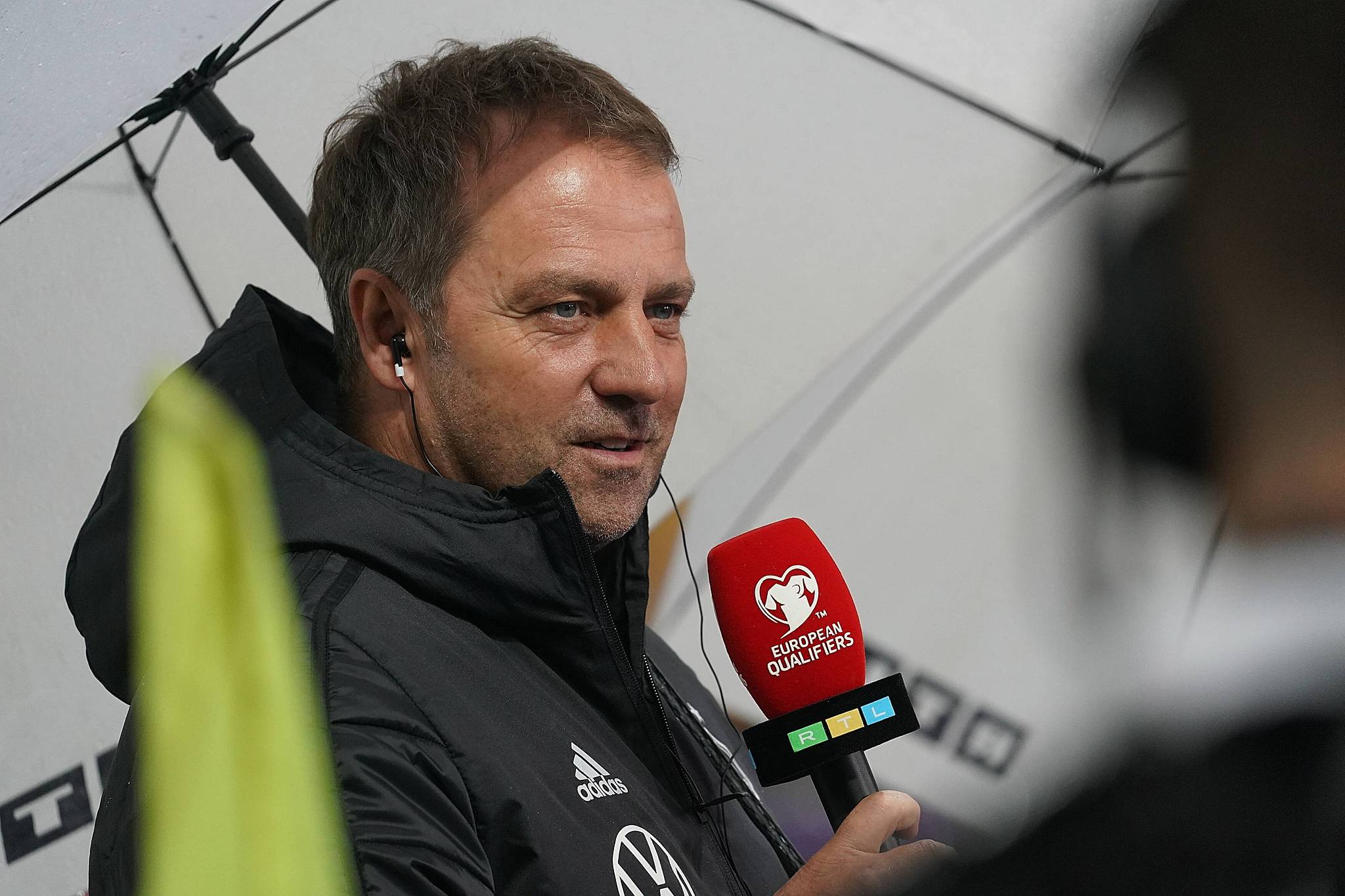 Jamal Musiala, 18 years and 227 days old, rounded things off with his first goal in international football, becoming the youngest person to score for Germany since Marius Hiller, then 17, scored against Switzerland in 1910.

More importantly, Musiala sealed the win that sees the Germans become the first team, other than hosts Qatar, to qualify for the 2022 finals.

The second part of the bargain which secured their place in Qatar in 2022 came in Bucharest where Alexandru Mitrita's goal on 26 minutes gave Romania a 1-0 win at home against the Armenians.

Kieffer Moore's early goal in Tallinn gave Wales a slender 1-0 win over Estonia, which keeps their hopes alive of catching Group E leaders Belgium, who were not in action after their involvement in the Nations League finals.

Wales are five points behind Belgium with two games to play and can still claim top spot and automatic qualification.

The Czech Republic won 2-0 in Belarus to remain in the running for second place in the group. They are level on points with the Welsh but have played one match more.

Wales are all but certain to drop into the playoffs even if they finish below the Czechs, courtesy of winning their 2020-21 Nations League group.

Russia and Croatia guaranteed themselves a top-two finish in Group H, but top spot remains open.

Russia are two points ahead of Croatia who needed Luka Modric's 71st-minute equalizer to claim a 2-2 draw at home to Slovakia.

The Russians can secure their qualification when they travel to Croatia on November 14.