Download
Why humanity must save nature to save itself
Beate Trankmann 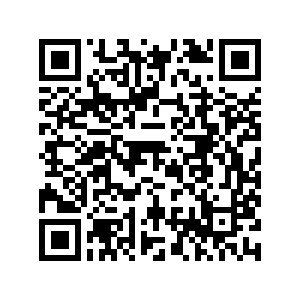 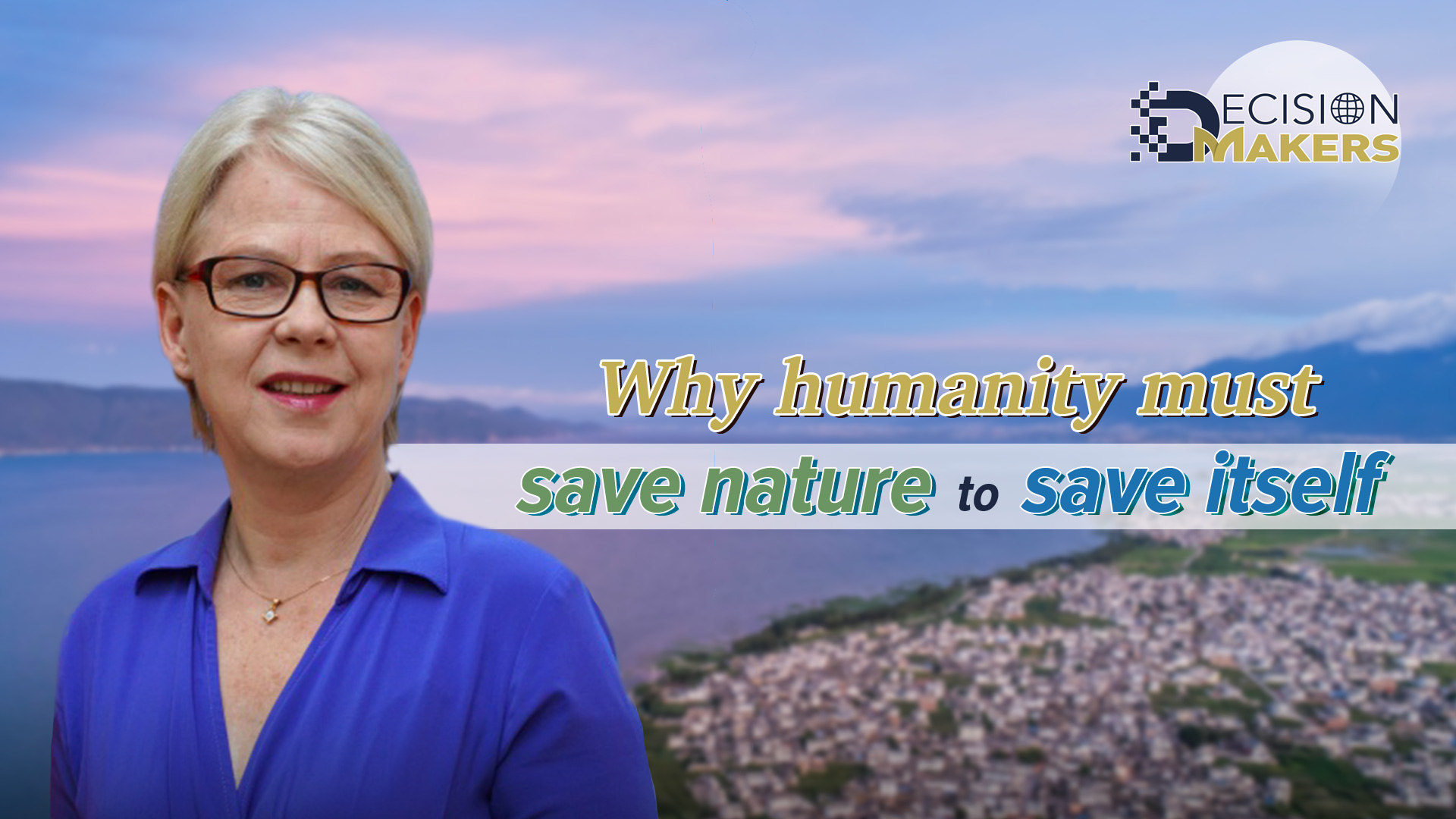 Editor's note: Decision Makers is a global platform for decision-makers to share their insights on events shaping today's world. Beate Trankmann is the resident representative of the United Nations Development Program (UNDP) China. The article reflects the author's opinions and not necessarily the views of CGTN.

Our planet – the only home we have – is at breaking point. Two-thirds of our Earth's oceans and three-quarters of its land have been damaged by humans. One million species could vanish by 2050 – accelerating the global extinction rate potentially hundreds of times faster than over the last 10 million years. One-fifth of all nations could see their ecosystems collapse completely, according to insurer Swiss Re, due to the destruction of wildlife and their habitats – on which we ourselves depend.

Our planet can only continue to sustain us if we protect its biodiversity: The individual yet interconnected chain of plant and animal species that hold our world together. Every life form, however tiny, is essential to the whole. As the broadcaster and natural historian Sir David Attenborough put it, "Every breath of air we take, every mouthful of food that we take, comes from the natural world. And if we damage the natural world, we damage ourselves."

Indeed, ecosystem "services" – such as the pollination of crops and preservation of water quality – are not only vital to our survival but also power the global economy, contributing to more than half of global GDP (up to $44 trillion), according to the World Economic Forum.

The costs produced by our broken relationship with nature are rising every day.

The ongoing destruction of the planet's biodiversity also quickens climate change and makes us even more vulnerable to it. This is because the ecosystems – such as forests – providing habitats to other species also absorb our greenhouse gases. Climate change in turn also harms biodiversity, making these two challenges two sides of the same coin.

To make matters worse, damage to our ecosystems also threatens human health by diminishing our sources of food, medicine, water and even oxygen. By encroaching into wild habitats and exploiting the creatures within them, we also risk new diseases jumping from animals to humans, as COVID-19 did.

Humankind can therefore only survive, let alone prosper, if our world remains biodiverse.

From October 11, world leaders will gather online for part one of the UN Convention on Biodiversity (COP15) in Kunming, southwest China's Yunnan Province. This is a critical moment to raise the level of ambition and commitment toward nature. What is needed is a global rescue plan: a bold roadmap for protecting biodiversity, with new goals for the next decade that all countries support and finance. Those goals must transform not only our environment but also our societies and economies for COP15 to be the breakthrough that our planet needs to sustain us.

As part of this compact, the UN has urged countries to commit to protecting at least 30 percent of their land and sea territories by 2030.

As the host nation – and leading the world for the first time into a major international agreement for the environment – China has an invaluable opportunity to champion these goals and set the bar high.

The United Nations Development Program (UNDP) is well-positioned to support such efforts. As one of the biggest multilateral partners working to protect biodiversity globally, we are committed to finding sustainable ways for humanity to co-exist with nature. Working with key partners, including the Adaptation Fund, the Global Environment Facility and the Green Climate Fund, we currently support a $3.2 billion portfolio in 138 countries that is invested in ecosystem management and biodiversity conservation.

In China, we have cooperated with more than 10 ministries, including the Ministry of Ecology and Environment, and with most provinces on safeguarding biodiversity over the past two decades. Together, we have achieved important results: Through new mapping and enforcement measures, China's fully protected terrestrial areas have expanded to 2.4 million square kilometers, about a quarter of its landmass.

Between 2013 and 2019, the UNDP and GEF helped the country expand biodiversity conservation by widening coverage of protected areas (PAs), including 1.9 million new hectares of protected wetlands – one of the world's most critical ecosystems. By the end of 2019, China's wetlands spanned 53.6 million hectares, with 52 percent protected. 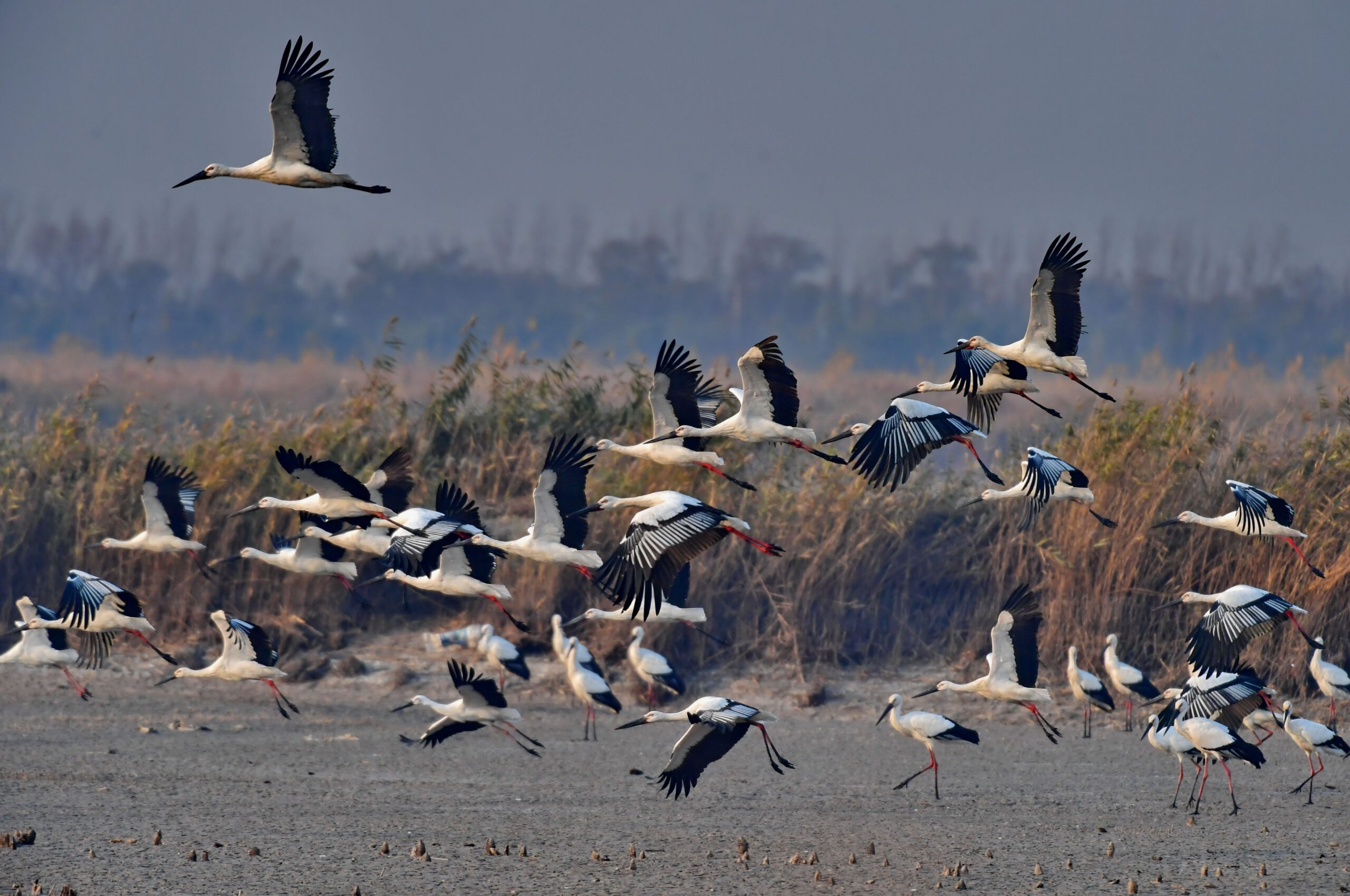 By sharing international best practices, the UNDP has also helped the nation strengthen the quality of PA management, such as by using management effectiveness tracing tools (METT) and supporting the formulation of management plans. The UNDP also cooperated with Guizhou Province's Environmental Protection Department to set up a dedicated office for planning and managing payments for ecosystem services. The idea is to attach a price tag to nature and charge for the regulated use of ecosystem services, such as wood from forests and fishing in the rivers, to fund the effective protection of these ecosystems and their biodiversity.

This year, the UNDP's global Biodiversity Finance Initiative (BIOFIN) expanded to China as part of our international efforts to multiply resources for conservation and improve their effectiveness. Working with 40 countries, BIOFIN aims to show how biodiversity finance can work both for people and planet. Its launch in China combines biodiversity protection efforts in Shandong Province with the financial innovations of Shanghai, furthering China's already significant contributions to green finance.

However, our work is far from done. To build on this progress and enable even stronger biodiversity protection in China and beyond, we must enhance biodiversity cooperation between different sectors and regions because biodiversity does not have obvious thematic or geographic boundaries. As such, solving biodiversity challenges requires coordination, alignment and consensus across sectors and areas.

To enable this and more effective natural resources management, we need integrated spatial planning approaches, coordinating land, water and sea conservation. In the past, many conservation concepts have been encouraged, including integrating the management of river basins, ecosystems and water resources. Consolidating these strategies will be essential so that they support each other.

Policies must also increasingly tackle biodiversity and climate change together, given that ecosystems can serve as carbon sinks. For example, the Chinese Academy of Sciences found that from 2001 to 2010, the annual carbon sequestration of terrestrial ecosystems was equal to offsetting 14.1 percent of China's fossil fuel emissions. This is highly significant, given China's 2060 carbon neutrality pledge.

Finally, we must leverage technology to transform biodiversity protection. Innovations such as AI and big data hold great potential, such as in helping to enforce conservation measures through real-time tracking and monitoring and boosting disaster warning systems.

The UNDP stands ready to work with China to make COP15 a success in delivering an ambitious, specific and measurable post-2020 global biodiversity framework. We will also continue to support countries, including China, in making the major transformations needed to save the ecosystems underpinning our future.

In the end, we need nature more than it needs us. Our world has been changing for millennia and will continue to change – with or without us. Saving biodiversity, ecosystem by ecosystem, is the only way to save ourselves.