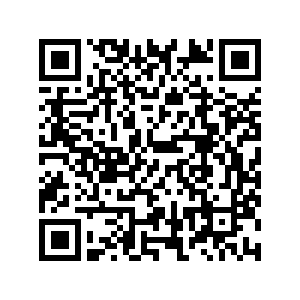 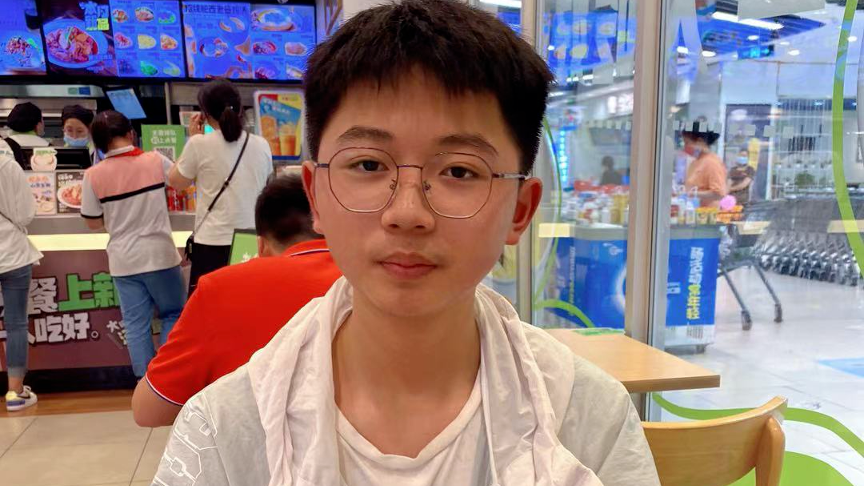 Songhao is a left-behind child. /CGTN

Songhao is a left-behind child. /CGTN

He is a left-behind child like millions of other children in China. But unlike many of them who are left to the care of their grandparents in the countryside, he is fortunate enough to have his mother with him.

The left-behind children, as have been reported on many occasions by CGTN's "Rediscovering China" program, usually live in China's least developed areas such as those in the mountainous Sichuan Province or Guangxi Zhuang Autonomous Region. Due to poverty and a lack of care and attention, some of these children often develop mental health problems like a sense of inferiority, depression and anguish. 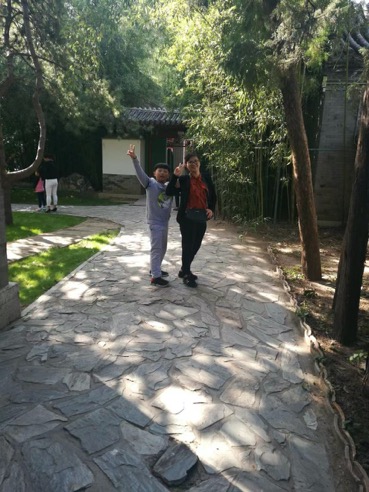 Songhao (L) at the age of 12 with his mother during a visit to Beijing. /CGTN

Songhao (L) at the age of 12 with his mother during a visit to Beijing. /CGTN

Songhao does not seem to suffer from these problems. His parents, who are migrant workers, took him to Beijing with them when he was still a baby. There, he studied in a public school in the suburbs when he was 6 years old. By the time he was to attend junior high school, his parents had enough savings for his mother to return to their hometown to care for him.

This transfer for him to return to his hometown was necessary, as it would be easier for him to prepare for the college entrance exam from his home in six years' time.

For Songhao's mother Xiaofang, that meant she had to quit her job in Beijing. "It is worth it," she said. "Six years is long enough. I don't want to regret not accompanying my son when he needs me."

Obviously, she made this choice because the family could afford it. Xiaofang and her son live in an apartment, and she has a car to send him to school every morning.

Xiaofang's resolution to accompany her son was partly attributed to her experience in Beijing many years ago, when she worked as a babysitter for three years. Staying with people from a community of college faculty and staff, she was impressed by the change that education had on people around her. Many years later, as a migrant worker in Beijing, she paid particular attention to her son's studies.

Her perspective is by no means singular. Some other mothers in her hometown share her view that caring for children's education is more important than the mother working. This is a great benefit rural young people have learned while working in the cities.

In fact, Xiaofang also personally benefited from her experience in Beijing. She found her experience as a babysitter valuable after returning to her hometown, where she got a job as a teaching assistant in a local kindergarten. 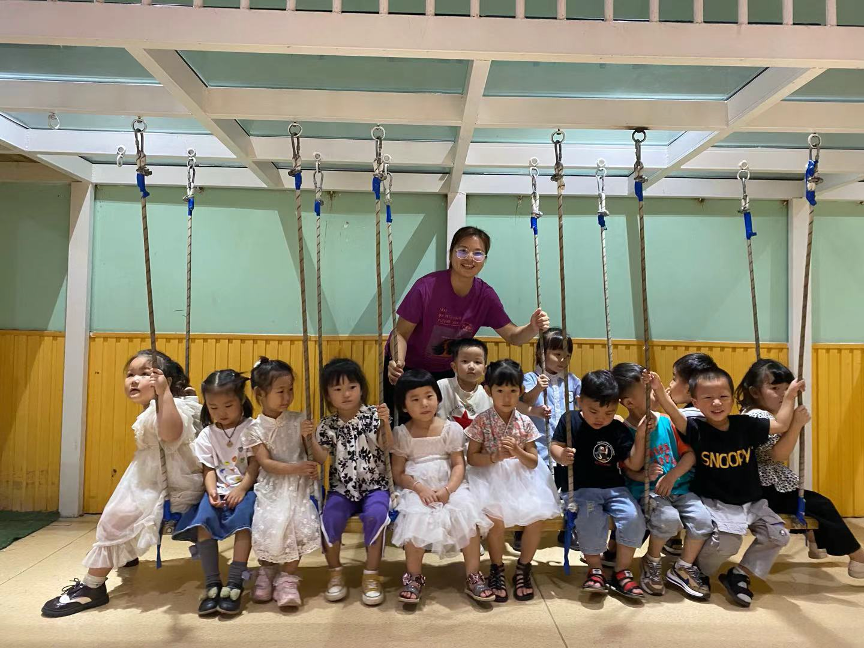 Xiaofang (back), a teaching assistant, is pictured with kids in a kindergarten in her hometown. /CGTN

Xiaofang (back), a teaching assistant, is pictured with kids in a kindergarten in her hometown. /CGTN

Every morning on weekdays, after sending her child to school, she does a job she likes, caring for the kids in the kindergarten.

Some other migrant workers in her county have realized that they were wrong to leave their children in the care of their grandparents in the village. A year after leaving his son in his grandpa's charge, a desperate migrant parent told Xiaofang's husband, "My son's future is doomed. He is in no way able to catch up with his peers."

Luckily, more and more migrant mothers are realizing the importance of giving their children a better education.

Now, many mothers choose to stay at home to care for their children, Xiaofang says. For now, around half of the children in her hometown have their mothers around if the father works as a migrant worker. Some of these parents manage to send their children to the best public schools.