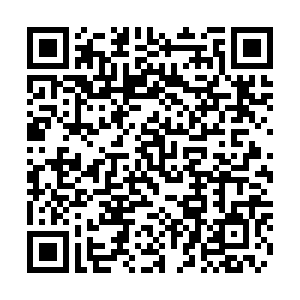 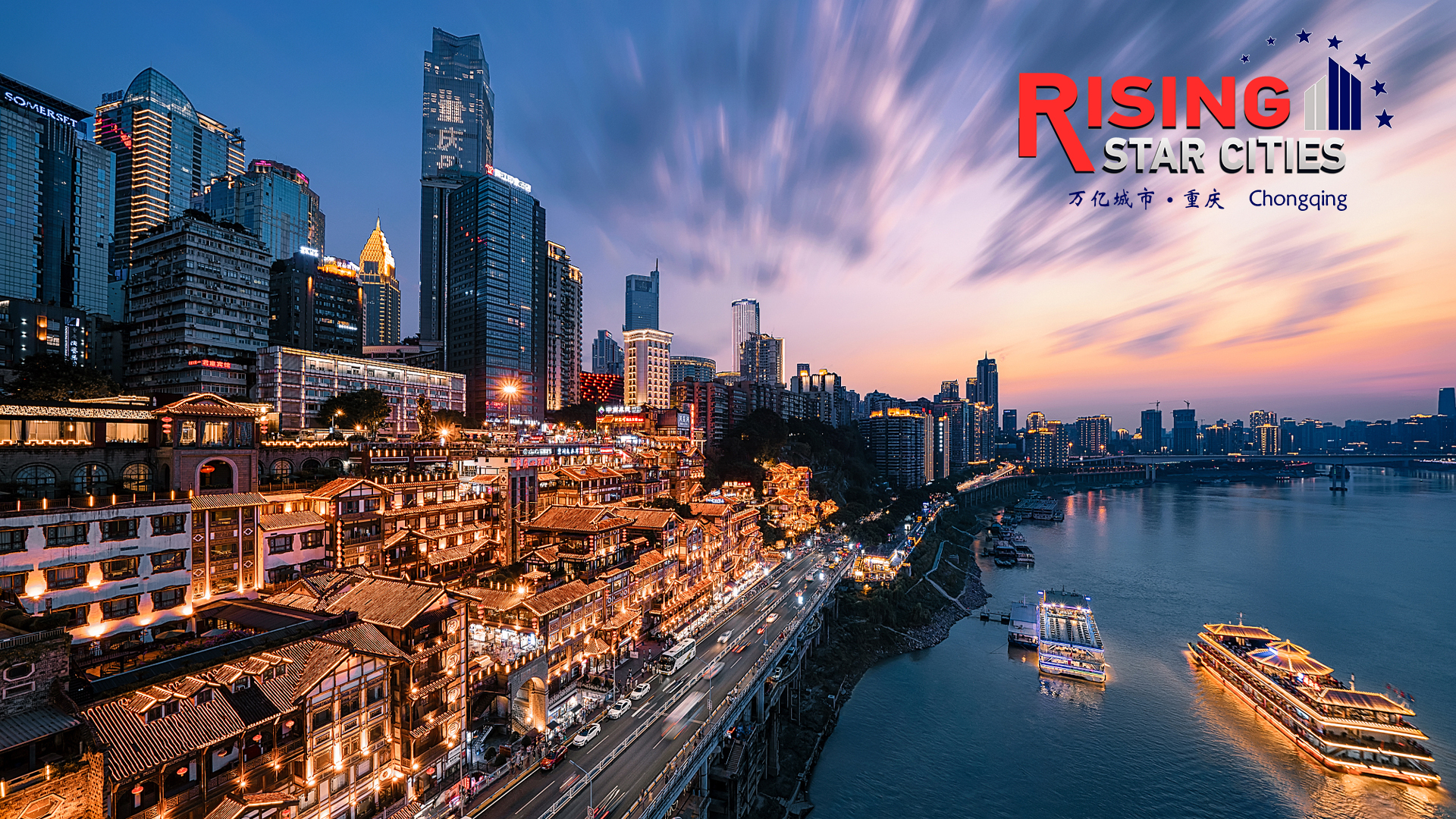 Mountains, fog and hot pot, those are some of the common keywords for Chongqing, a provincial-level municipality and a metropolis nestled on the upper reaches of the Yangtze River in southwestern China. Some might also recognize it for enduring one of the longest air raids by Japan in the history of World War II.

Over the past decades, the city has definitely risen from the ashes and impressed the country and the world with its rapid economic growth, which earned it a ticket to the country's "1-trillion-yuan club," a group of cities with an annual gross domestic product (GDP) of over 1 trillion yuan ($155 billion).

Today, Chongqing has also emerged as a powerhouse in the cultural and tourism sector, becoming one of the most sought-after destinations in the country.

Chongqing made great strides in the development of the cultural and tourism industry during the 13th Five-Year Plan (FYP) period (2016-2020), a blueprint for the country's economic and social development formulated for every five years.

The city saw a steady growth in its tourist arrivals and tourism revenues from 2015 to 2019 before the COVID-19 pandemic wreaked havoc on global tourism. The tourism revenue generated in 2019 exceeded 573 billion yuan, more than double that of 2015. 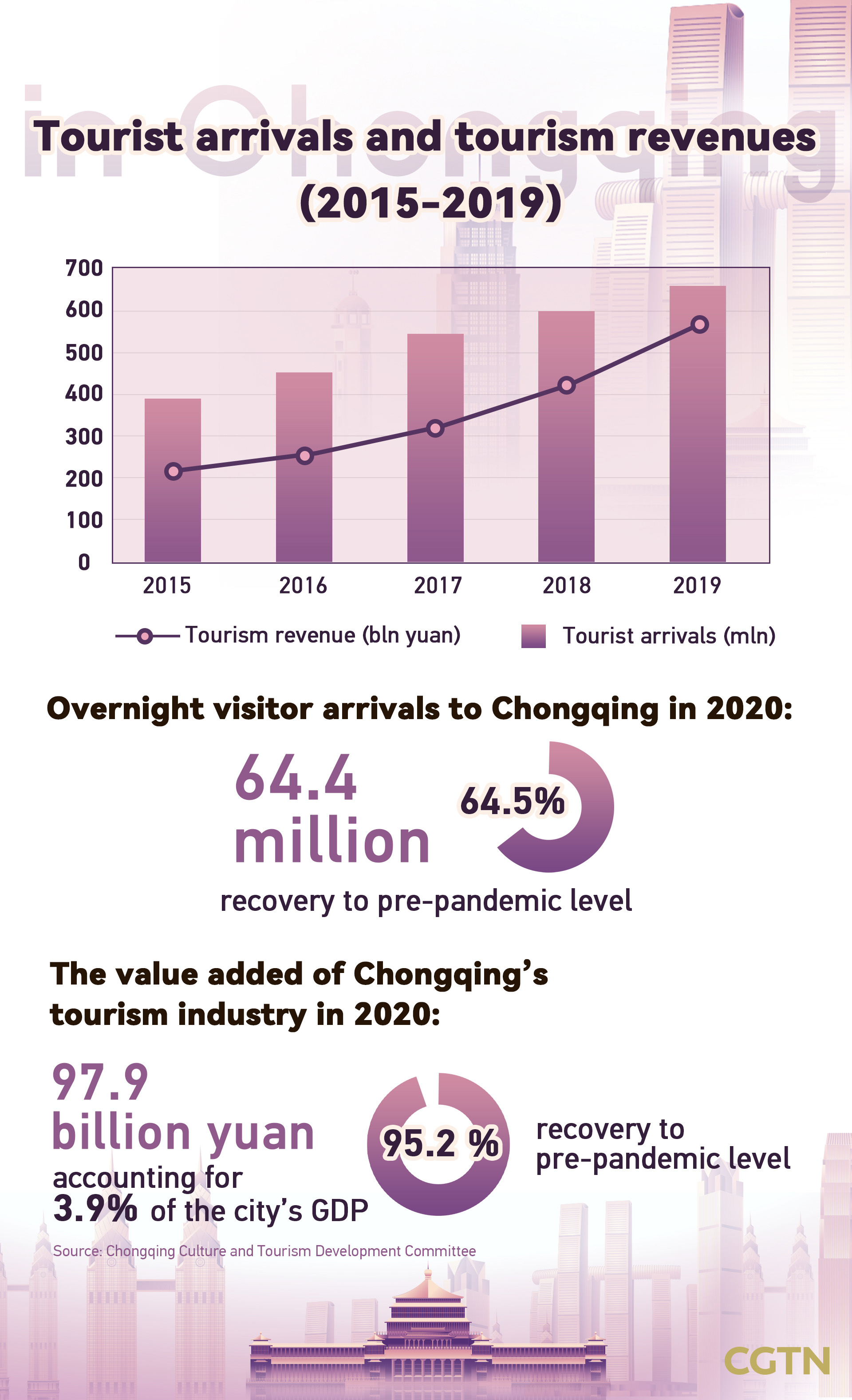 The World Travel and Tourism Council named Chongqing the world's fastest-growing tourism city in 2017 based on research that looked at 65 global top-ranked cities in terms of tourist arrivals and tourism spending.

Meanwhile, the city has secured its position as one of China's top three most developed tourism cities, together with Beijing and Shanghai, for four years straight, according to annual charts by Jiemian News, a digital media outlet founded by Shanghai United Media Group. Factors such as tourist numbers, revenue, transportation, and infrastructure were taken into consideration.

In 2020, the city saw a total of 64 million overnight trips, with a year-on-year recovery of 64.5 percent. The value added of its tourism industry was 97.9 billion yuan, accounting for 3.9 percent of the city's GDP, data from the municipality's culture and tourism development committee showed. 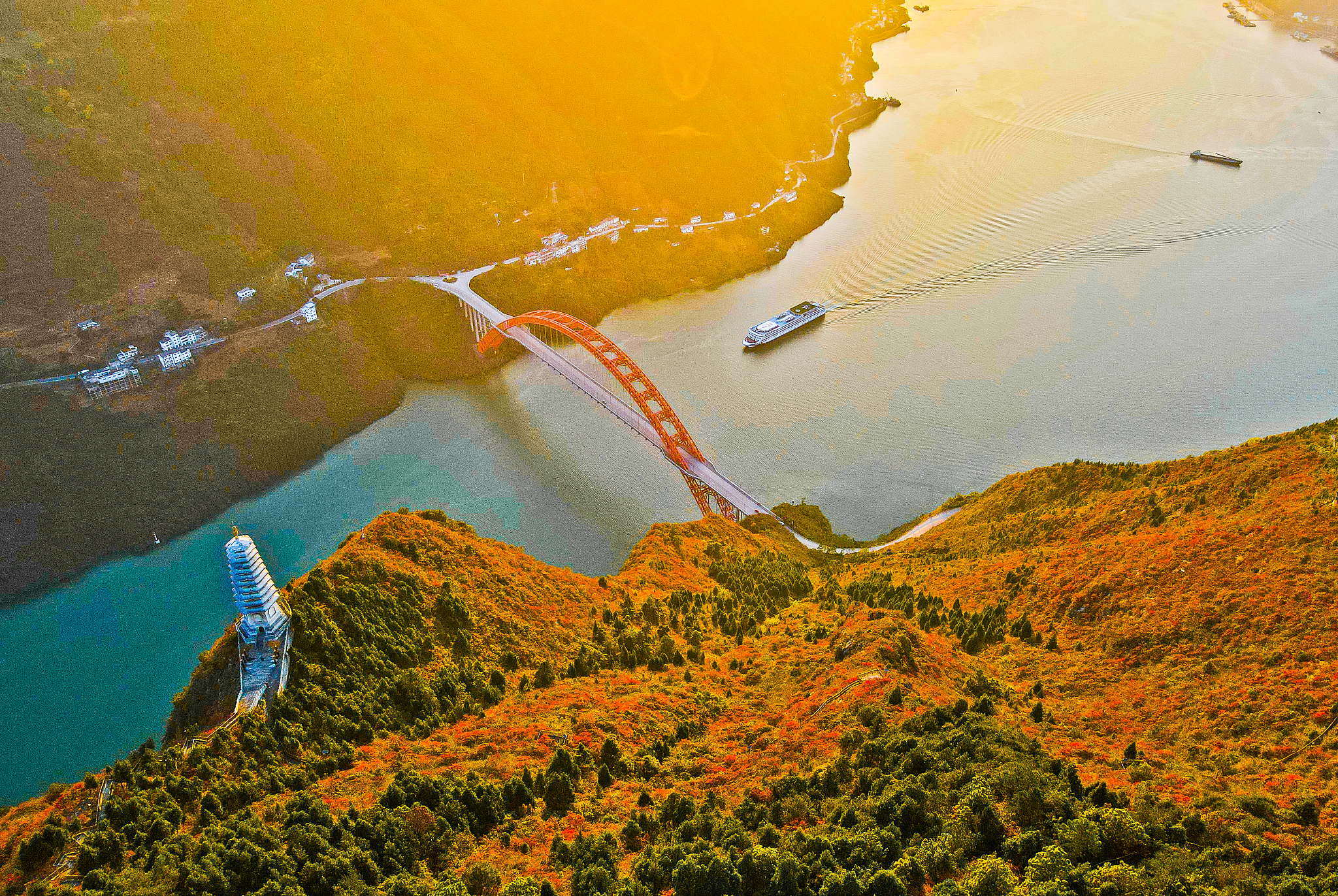 The Three Gorges of the Yangtze River is one of the most popular tourist destinations in Chongqing Municipality, China. /CFP

The Three Gorges of the Yangtze River is one of the most popular tourist destinations in Chongqing Municipality, China. /CFP

Since 2018, Chongqing has been the most-visited destination in China for three consecutive years, favored by visitors from home and abroad. As the country's largest inland city and situated among mountainous surroundings, hence the nickname "Mountain City," Chongqing is endowed with rich cultural and tourism resources.

From mountains and rivers, to forests, waterfalls and gorges, Chongqing encompasses a wealth of natural attractions. The famous Three Gorges of the Yangtze River and the Wulong Karst National Geology Park are among the most popular natural wonders that stun visitors with majestic views.

It also boasts a history of 3,000 years and is the cradle of Bayu culture – a type of ethnic culture that originated in the upper reaches of the Yangtze River. Home to a number of historic and cultural sites, it is famous for the Dazu Rock Carvings, a UNESCO World Heritage Site known for thousands of sculptures and carvings that date back to the ninth century.

Besides, the mouthwatering food culture, with hot pot being the signature and a must-try, is another irresistible temptation. And the city gets even busier when night falls. Bars, teahouses and clubs are bustling with people, offering more reasons to stay a couple more nights. 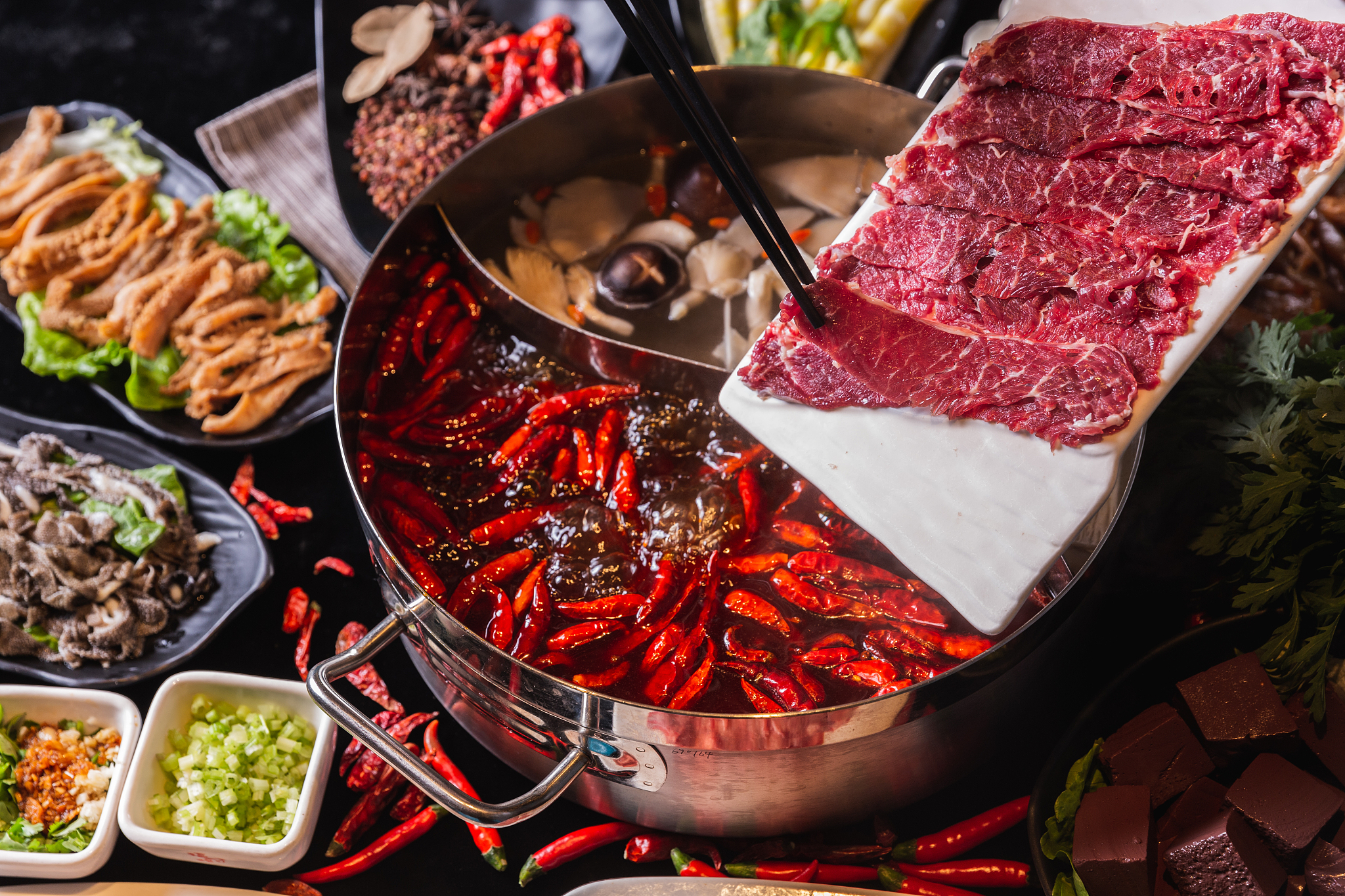 By the end of 2020, the city had a total of 262 national A-level tourist attractions, among which 10 are 5A – the highest level rated by Chinese authorities.

Chongqing's unique topographical features definitely posed a challenge for transportation. Without a handy transport system, the abovementioned attractions would simply keep visitors away. That's why great efforts have been made to ensure more convenient travel to and around the city.

According to the Chongqing Municipal Transportation Bureau, the city invested a total of 431.2 billion yuan on transport infrastructure during the 13th FYP period, nearly 100 billion yuan higher than the previous five-year period. It included the construction and upgrade of the high-speed railways, civil aviation system and expressways, making it possible for the city to create an "easy entry and slow travel" network, meaning travelers could easily get to the city while enjoy leisure tours around the city.

The city's total expressway mileage reached 3,527 kilometers as of September 2021, and the number of exits to other provinces increased from 16 to 25, according to the local transportation bureau.

In addition, it also accelerated the construction of rural infrastructure in line with its plan to develop rural tourism. The total length of highway constructed in rural areas has reached 162,000 kilometers in the past five years. 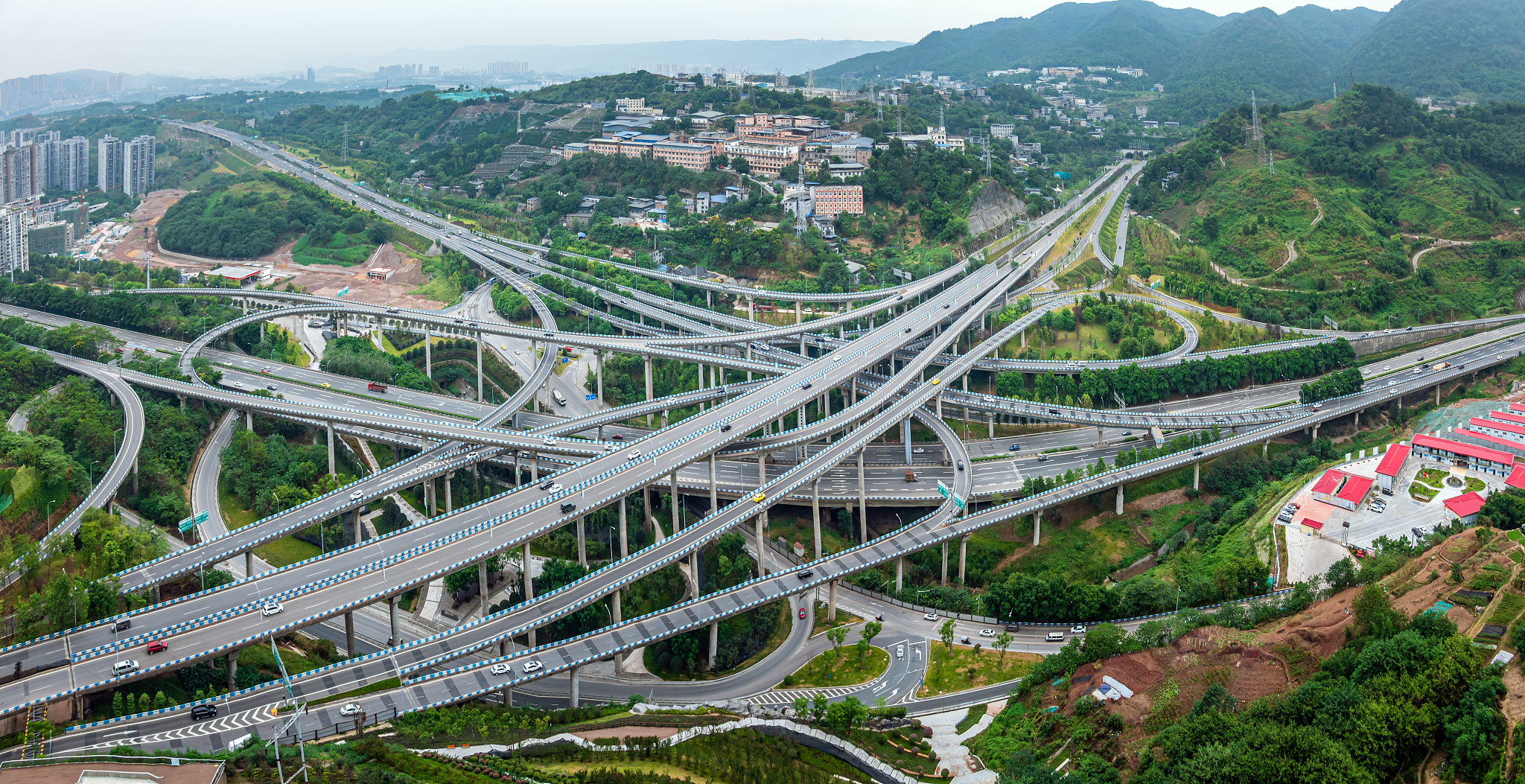 The Huangjuewan overpass, featuring five levels with 15 expressways heading in eight directions, is the largest of its kind in Chongqing Municipality, China. /CFP

The Huangjuewan overpass, featuring five levels with 15 expressways heading in eight directions, is the largest of its kind in Chongqing Municipality, China. /CFP

In prospect: A world-famous tourist destination

It plans to continue to promote high-quality development in the cultural and tourism industry and grow itself into a world-renowned tourist destination during the period, Liu Qi, director of the municipality's culture and tourism development committee, said.

The city also strives to deepen regional cooperation, especially the construction of the Chengdu-Chongqing economic circle – a master plan to boost the high-quality growth of the two megacities.