Download
U.S. is shutting door for talks, and not prepared for consequence
First Voice 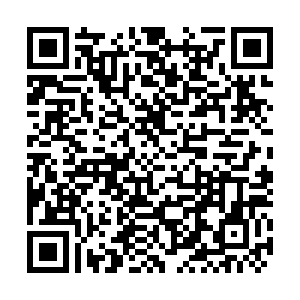 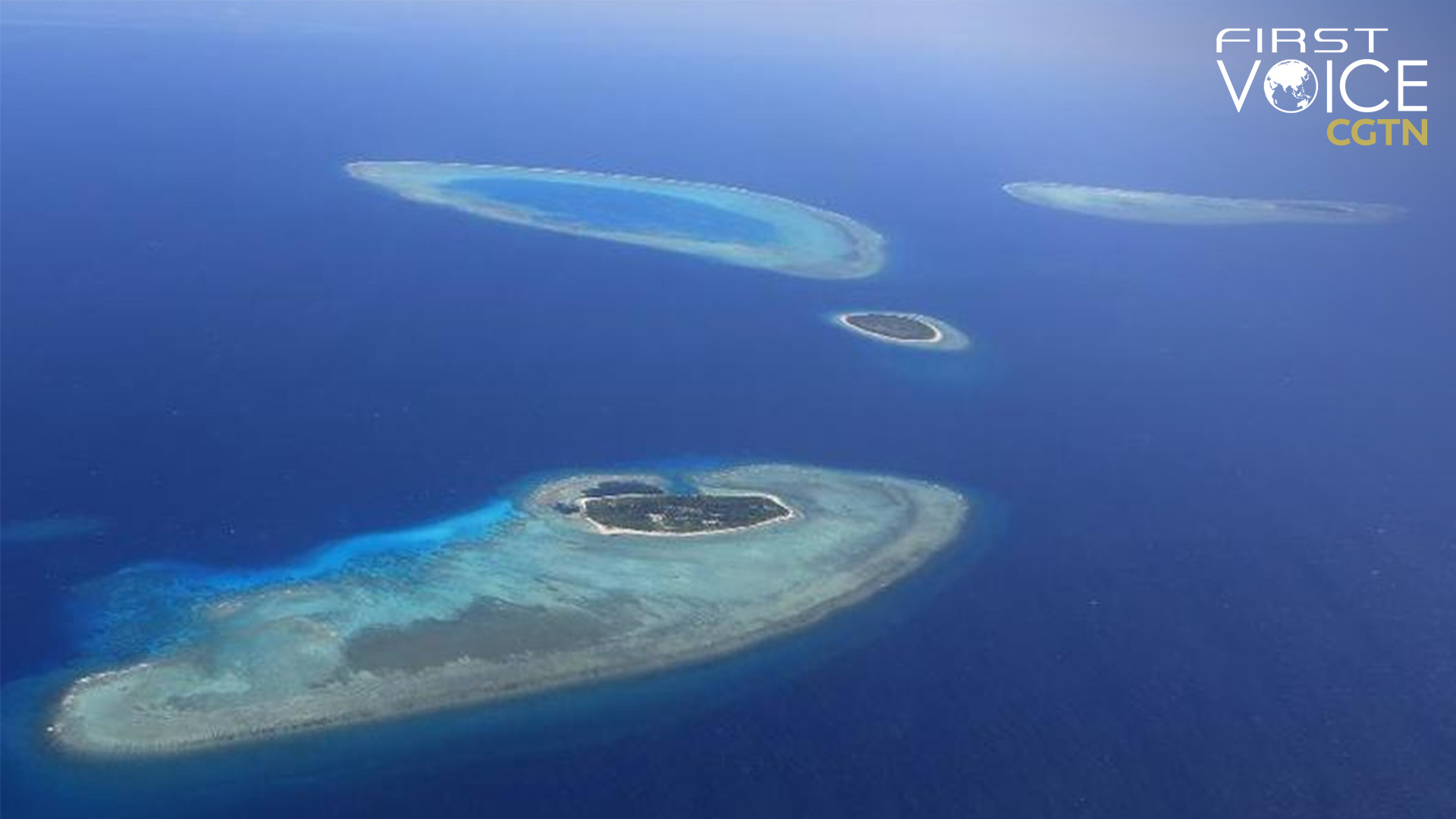 Despite Beijing's sincerity and openness for talks, the U.S.-led Western bloc escalated its anti-China hostility from rhetoric to concrete actions. It deployed a navy ship USS Miguel Keith to Okinawa in southwestern Japan this month.

With high-level talks in Anchorage, Tianjin, and Zurich, China has shown its goodwill and sincerity for improving ties with the United States. China's door to talks is open at any time – this is Beijing's message to Washington. But see how Washington has received this message:

It sent USS Miguel Keith – the third-largest flight deck in the 7th Fleet with interchangeable shipping containers that can be modified for every mission and offer logistics support for military operations – to Okinawa.

Since the end of World War II, the U.S. has been betting big on its island chain strategy, in a bid to expand its line of defense to the coast of Asia and check the growing influence of its rivals – from the Soviet Union to China – in the region. Washington's recent USS Miguel Keith move, in the name of defending a "free and open Indo-Pacific region," is, in reality, the latest attempt to consolidate the First and Second Island Chains and shore up its posture in the territory.

Apart from USS Miguel Keith, the U.S. is behind a string of joint operations in the First Island Chain theatres. At the time Beijing was expressing its sincerity in high-level talks, Washington and New Delhi started a drill in the South China Sea, which was later joined by navies of all four Quad countries. In early October, warships from the U.S., the UK, Japan, New Zealand, the Netherlands, and Canada held a joint exercise near Okinawa. Despite voices urging to calm the world's most important pair of bilateral ties from both Chinese and American societies, "This autumn is a hot one in Asian waters," said a Financial Times (FT) article. 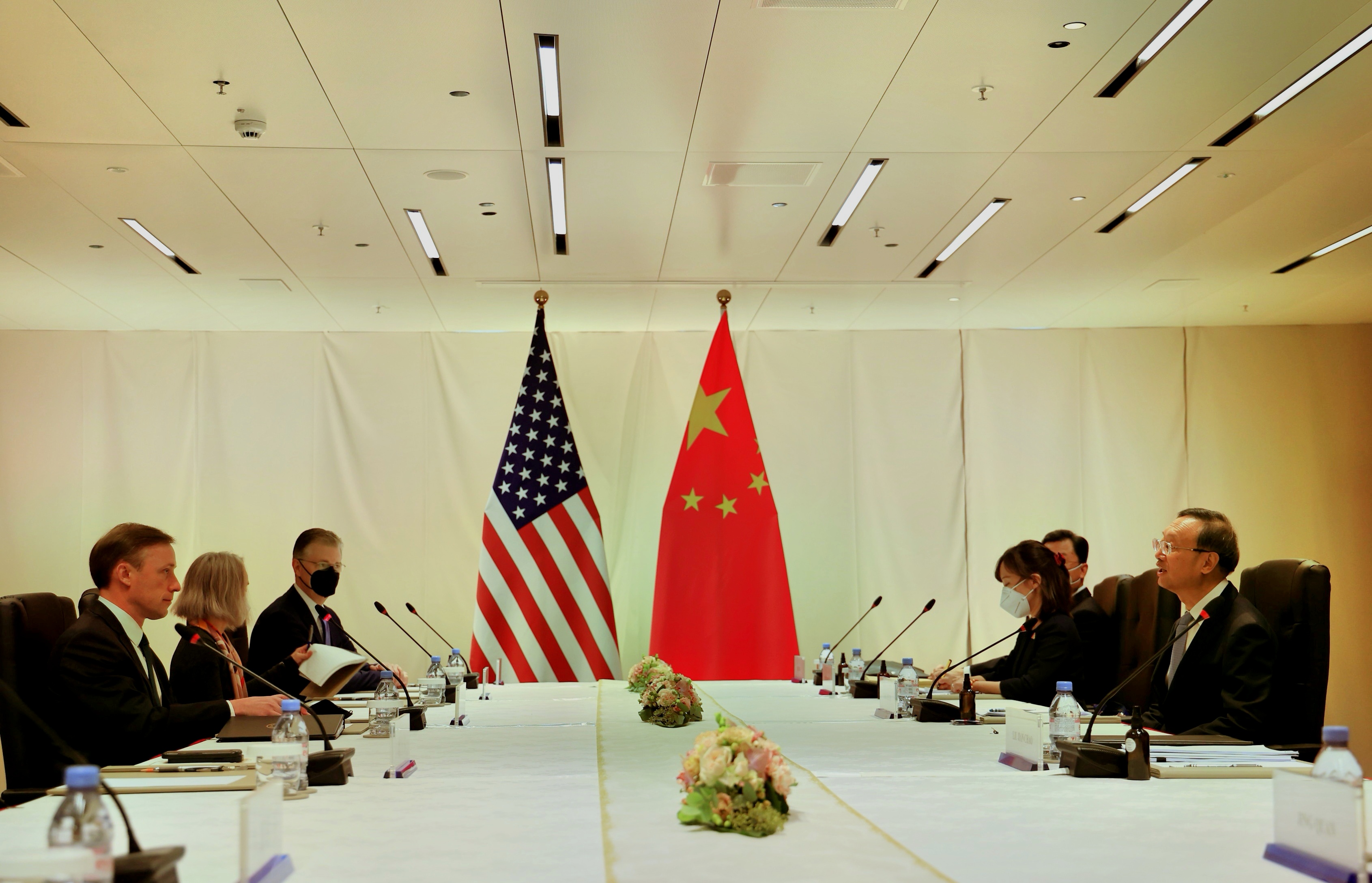 Who is to blame?

The FT article claimed "It is China's coercion and self-isolating behavior which contributes to this." It is the U.S. that has been bolstering its position in China's peripheral territories, putting regional peace and stability at risk; now, it is the same country that has been trying to find excuses for its peace-breaking moves.

China's construction in the South China Sea – on its own territory – is completely within the scope of its sovereignty. This has nothing to make a fuss about. China has never criticized the U.S. for constructing on its own soil, much less to take corresponding military measures against it. But when it comes to China, Washington has the "final say" on the definition of a "free and open Indo-Pacific region."

No one denies differences between the U.S. and China. Washington, on high alert of China's rise, has been uniting allies to check its imaginary enemy on nearly all fronts. Such vigilance stems from not only Washington's pursuit of hegemony, but also its stereotypes against communism and a lack of understanding of the country led by the communist party.

Washington, embedded in ideological prejudices and populist instinct, has no trust in Beijing. But this is not the excuse for the U.S.'s peace-breaking maneuvers that are making the Pacific region into a staging ground for military rivalry.

Regional countries want growth, to which peace is a prerequisite. But the U.S. has been acting against it. It is investing big to draw a wedge among countries in the First and Second Island Chains theatres, empowering neighbors to go against China. This is not only dragging the relationship that is going to define the 21st century into crisis, but also taking Asia and even the entire world on a dangerous path.

In its first naval strategic guidance, the Biden administration claimed that China is "a strategic competitor who possesses naval capabilities that rival our own." Deploying USS Miguel Keith to Japan and launching a string of joint activities in the region, the U.S. is refusing the goodwill of the "rival" that may possess more fighting capabilities than it in decades.

China wants dialogue, and is moving towards the path of cooperation. While the U.S. shouts peace, it is not translating its rhetoric into actions. Its provocative moves could shut the door for talks, and clearly, the U.S. is not prepared for the consequences.