Download
We say no to the destruction of nature
Wu Changhua 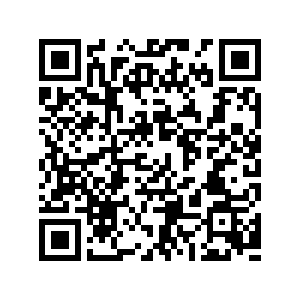 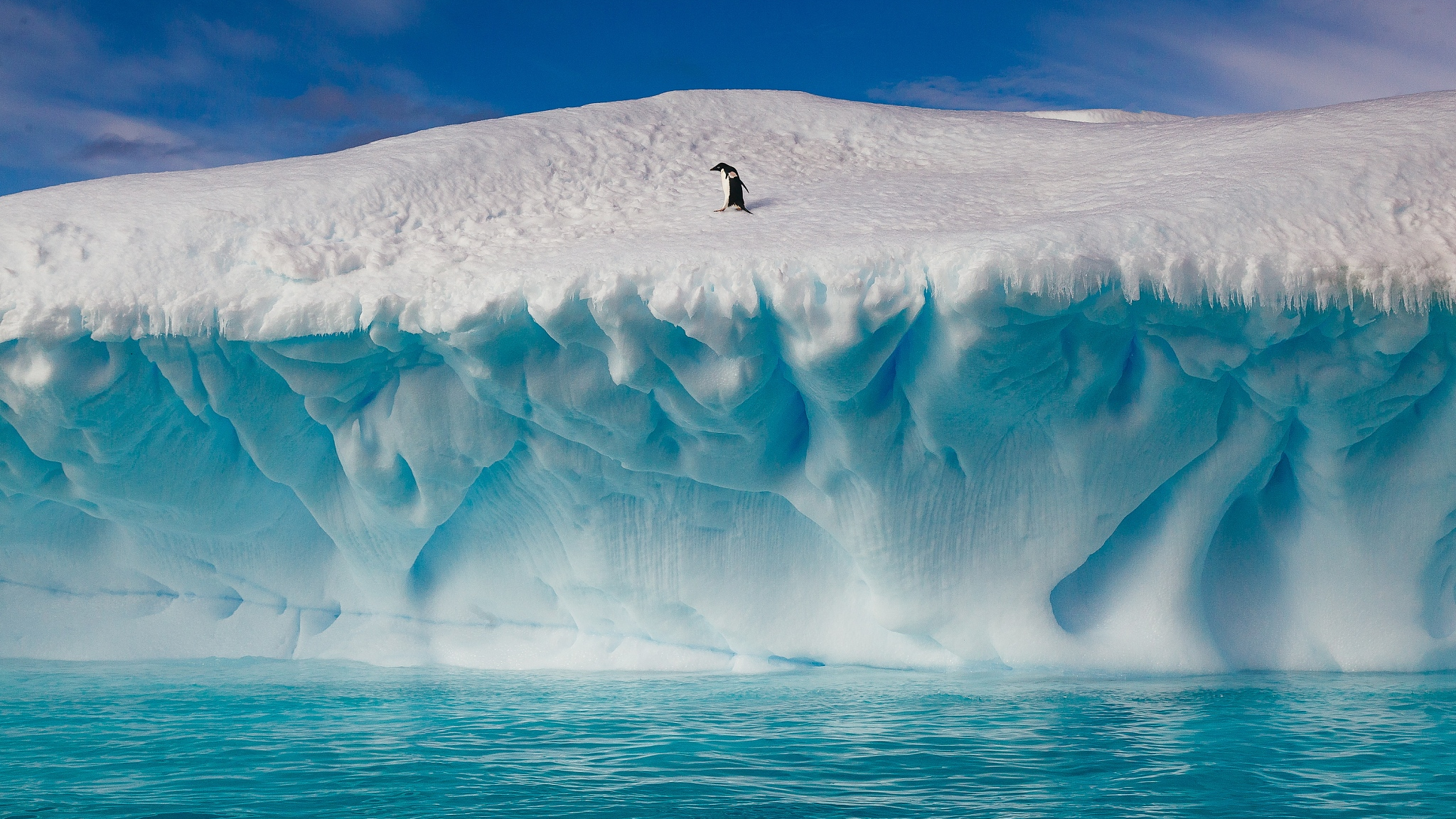 A penguin looks like the loneliest penguin in the world on a giant iceberg in Brown Bluff, Antarctica, March 31, 2017. /CFP

A penguin looks like the loneliest penguin in the world on a giant iceberg in Brown Bluff, Antarctica, March 31, 2017. /CFP

Editor's note: Wu Changhua is the executive director of the Professional Association for China's Environment. The article reflects the author's opinions and not necessarily the views of CGTN.

Accelerated biodiversity loss is another code red crisis humanity faces today. Our planetary life-support systems are crumbling around us. Loss of nature, damaged ecosystems and polluted land and oceans are among the most devastating blows humankind has dealt Mother Nature. With more than one million species endangered, our survival and existence, let alone health, is under unprecedented threat.

Biodiversity is the thermometer of the health of life on Earth, and ecosystems offer us essential products and services, such as food, water, air, shelter, fuel and medicine. Our socioeconomic systems are built upon nature. More than half of global GDP ($42 trillion) relies on highly functioning biodiversity. And our livelihoods depend on nature's renewal and regenerative capability.

Unfortunately, in the past 50 years, we have continued to overshoot the planetary carrying capacity. In 2021, Earth Overshoot Day fell on July 29. Since then, we have been running our lives and livelihoods on deficit and debt.

The COVID-19 pandemic and global warming have made it even more challenging. The triple crises reinforce each other. On one side, we see the connectivity and nexus of nature, health, and climate change. On the other, the unprecedented sense of crisis has triggered humanity's collective aspiration and inspiration to transform. I call this the moment of "We say no to the destruction of nature."

This week's Kunming COP15 is a "reality check" for countries and a testing ground for ways to address the issues. It offers the opportunity to galvanize political will and the drive to reach an agreement on a time-bound global framework of biological conservation, supported by specific action plans and finance at the global and national level for this coming decade. The purpose is clear: to halt and reverse the loss of biodiversity by the end of this decade, safely and sustainably utilize biological and genetic components, and ensure the fair sharing of benefits from using those resources.

Chinese President Xi Jinping champions and advocates a shared human destiny. The essence of such a planetary view is the human species waking up to the threat to all life on Earth and aspiring to pivot toward harmony with nature. In addition to China's domestic endeavors, President Xi announced a commitment of about $230 million to establish the Kunming Biodiversity Fund, calling for other public and private  parties to join forces to support other developing nations to act in sync with each other.

According to the recently released white paper, as one of the first nations to sign onto the Convention of Biological Conservation, China has been steadfast in its effort to shape its legislative, regulatory and policy framework to protect nature at the genetic, species and ecosystems levels. Public funding for research continues to rise and has laid a solid scientific foundation to reverse and recover the loss of nature.

China has made a strong case for connecting the dots in delivering the UN Sustainable Development Goals. To effectively address the people and planet challenge, the government has put environmental protection, biodiversity conservation, ecological remediation and resource efficiency and circularity atop some of the national strategic priorities. The move is also ensured by institutions and governance and enabled by modern technological capabilities to monitor, surveil and disclose. In the meantime, poverty alleviation has been organically integrated into the national development and environmental protection agenda. The outcome is the world's most populous country has lifted hundreds of millions of people out of extreme poverty within the last few decades, unimaginable.

Now, 25 percent of its land is designated within the ecological red-lines or not accessible for developers. If put into both a national and global context, China still has a long way to go before getting to the "break-point" when the reversal of nature's deterioration is set in motion. 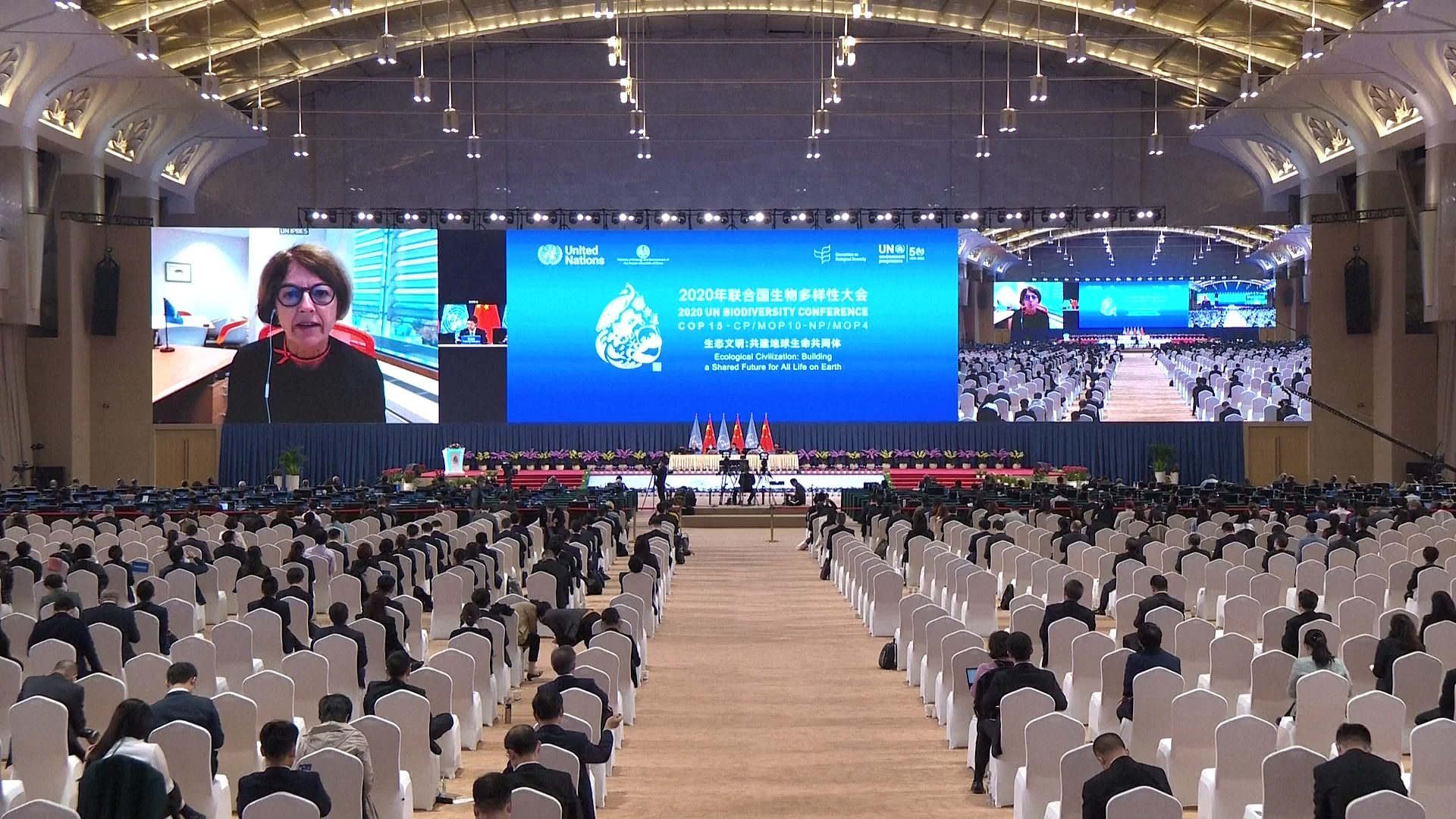 Multilateral negotiation is never an easy task. China's expertise, wisdom and capability as the COP15 presidency are being put to the test. The Kunming Declaration, an important output at the end of the first part of COP15, is expected to reflect Chinese leadership in advancing multilateral collaboration to protect nature and test global leaders' willingness to make concrete and difficult decisions that would translate science into policy and action.

A few crucial elements require clarity and synergy for a successful COP15. The first is policy reform. We need to redirect current policy subsidies that damage nature toward conservation and the sustainable use of land, oceans and other resources, and we need to embed nature's value into the core of international and national policymaking landscape to steward and safeguard the integrity, stability and resilience of nature.

The second is finance and investment. Pivoting will require financial support and investment. Finance is also crucial in helping the least developed nations to transition in line with a common but differentiated responsibility principle.

The third is reshaping the global trade regime. This is part of the incentive to redirecting our endeavors to shift global commodities' value chains to align with the new global framework to protect nature. Global companies and banks are put on the front line to lead the battle against ourselves, incentivized and regulated by global and national trade policy reform.

Fourth is technological support and deployment. From monitoring and surveillance to genetic and biological research and citizen science, major economies are building up expertise and capability to provide updated scientific knowledge – data and evidence of changes in nature at both the macro and granular level – advance the decoding of nature and improve the utilization of ecosystems to benefit the people and the planet. Such capability shall be shared globally to achieve the set goals.

The fifth and final is collective human action. Globally, humankind's biosphere consciousness is higher than ever, as demonstrated by numerous public opinion surveys. Kunming COP15 has become a global stage for governments, businesses, civil society and the public to shout no to the loss of biodiversity and say yes to transformation.

Remember the wandering herd of the Asian Elephants in Yunnan?  Their 1,300-kilometer crusade that lasted 17 months has not been wasted. More importantly, the determination to change reflects the human aspiration to win the battle against ourselves. At the end of the day, harmony with nature is our collectively pursued sustainable future for the current generation and generations to come.