Download
What have world organizations done to conserve biodiversity?
CGTN 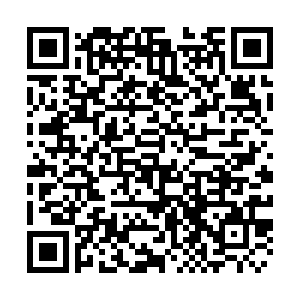 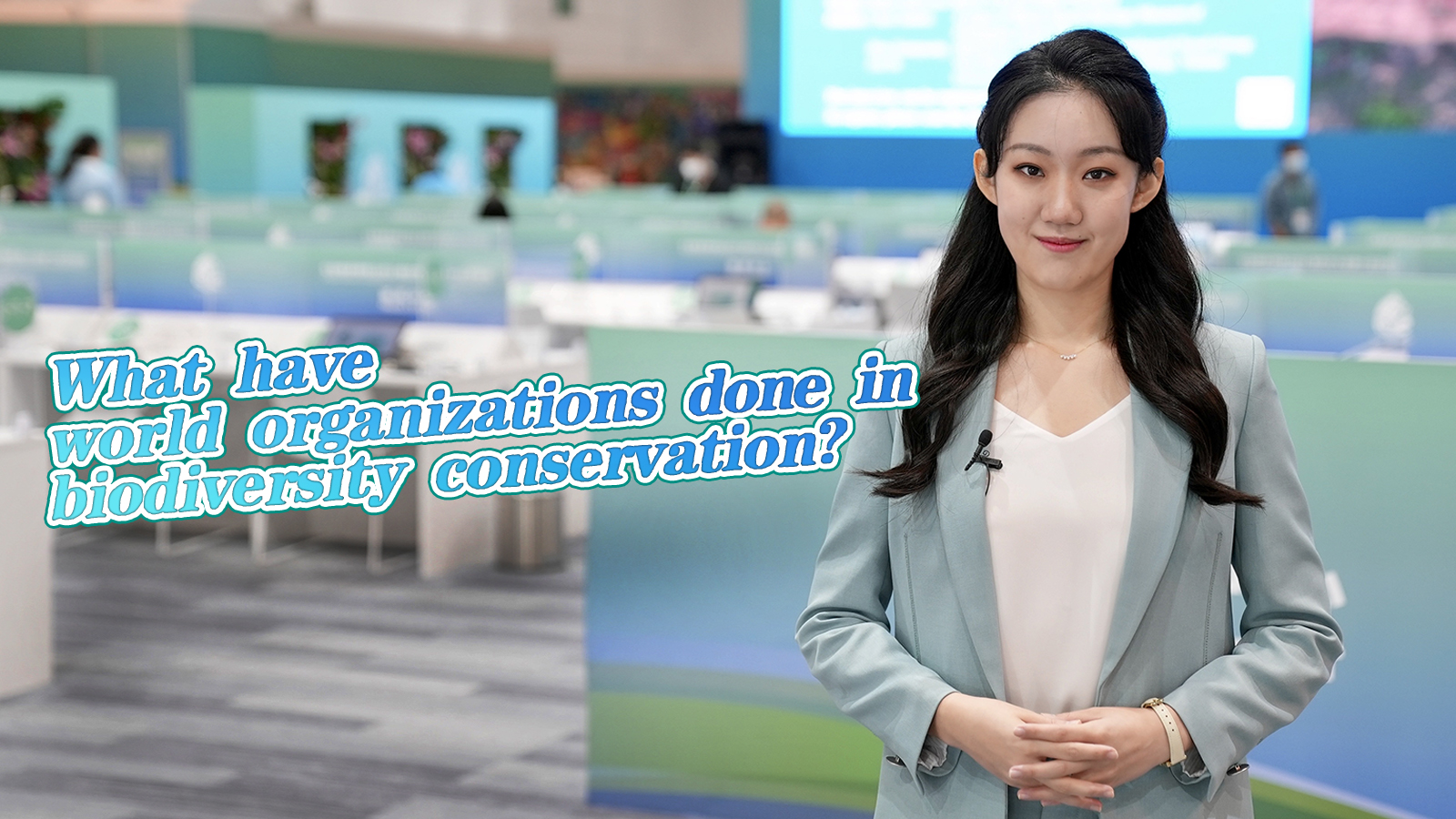 "It is in a context of crisis that we meet at this segment," said one of the speakers at the Ministerial Plenary Session of the 15th meeting of the Conference of the Parties to the UN Convention on Biological Diversity on Tuesday. Humanity is experiencing unprecedented environmental challenges, including biodiversity loss and climate change.

"Our research estimates that low-income countries could loss around 10 percent of their GDP annually by 2030 if select ecosystem services, such as those of forests, fisheries and pollinators, collapse."

Achim Steiner, administrator of the United Nations Development Programme (UNDP), told the meeting that the world is facing a "triple crisis": accelerating climate change, unprecedented socioeconomic consequences of COVID-19, and continued degradation of ecosystems and biodiversity.

"It is now time for all countries to rethink and design their paths to progress. Finance is at the very center of this transformation not least because many investments are inflicting immense damage on our natural world," he said, adding that a new UN report has found that 9 out of 10 dollars paid to farmers every year in agricultural support harm nature and fund the climate crisis.

During the session, experts from international organizations, including the United Nations Educational, Scientific and Cultural Organization (UNESCO), the UNDP and the International Labor Organization (ILO), talked about the efforts they have made in tackling problems caused by environmental crisis. 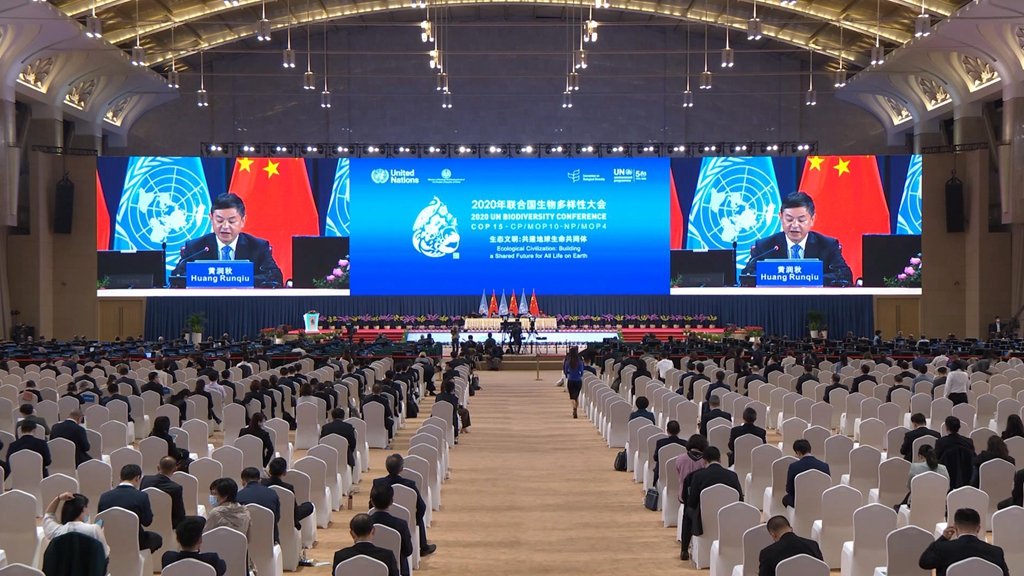 The Ministerial Plenary Session of the 15th meeting of the Conference of the Parties to the UN Convention on Biological Diversity is underway, October 12, 2021. /CGTN

The Ministerial Plenary Session of the 15th meeting of the Conference of the Parties to the UN Convention on Biological Diversity is underway, October 12, 2021. /CGTN

"The first step we can take is join forces to protect 30 percent of the planet by 2030," said Qu Xing, deputy director-general of the UNESCO.

The UNDP has been working with key partners including the Adaptation Fund, the Global Environment Facility and the Green Climate Fund.

"We currently support a $3.2-billion portfolio in 138 countries that is invested in ecosystem management and biodiversity conservation," said Steiner.

In 2015, the ILO adopted guidelines for just transition towards environmentally sustainable economies and societies for all.

"As we recover from COVID-19, the guidelines provide guidance to governments, employers and workers for green recovery packages and green development in areas such as ecosystem's preservation and biodiversity conservation," said Chihoko Asada-Miyakawa, assistant director-general of the ILO.

The experts also called on governments and organizations to back every commitment with policies, legislation and delivery, and enhance international cooperation regrading biodiversity conservation.

All speakers delivered their speeches via video links.