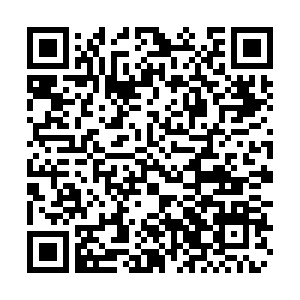 Premier Li said that Chinese President Xi Jinping's congratulatory letter to the fair demonstrates China's firm determination to open its door wider to the outside world.

The fair will be held from October 15 to 19 in Guangzhou City. The offline exhibition of the five-day event will cover an area of 400,000 square meters and around 60,000 booths will be set up virtually online.

The Canton Fair has been held every spring and autumn since its first launch in 1957 and has been seen as a barometer of China's foreign trade. Held both online and offline for the first time, the largest and the oldest trade fair in China expects to attract 26,000 exhibitors from both home and abroad.

Li stressed cooperation and inclusiveness against the backdrop of a complex international environment, adding that the Chinese economy has shown considerable resilience and booming vitality this year and China is capable and confident in reaching its annual economic goal.

He said that China will step up the innovative development of foreign trade depending on its industrial and market strength, and fast-forward the development of new business formats, such as the building of global digital trade demonstration zones.

Li promised to keep the Chinese market as the "fertile soil" for foreign investment and continue to shrink the list of sectors that are off-limits to foreign investors.

China will actively participate in improving the international trade rules, Li said. The country will push the Regional Comprehensive Economic Partnership to go into effect along with the pact's other members. It will also actively advance the process of joining the Comprehensive and Progressive Agreement for Trans-Pacific Partnership while moving to sign more high-standard free trade deals.

He emphasized that China's development will always be accompanied by reform and opening-up. The country is willing to share the development opportunities and draw the growth blueprint with the world in achieving greater progress, he added.

In his speech, Li said the country still faces challenges in economic operation as there are many unstable and uncertain factors in the external environment. Affected by factors such as rising prices of major commodities and a sharp increase in logistics costs, the costs of mid- and downstream industries and micro, small and medium-sized enterprises continue to rise, and the country is encountering new challenges facing energy supply.

The country should balance development and carbon reduction, deepen market-based reform in the energy sector, and promote green transformation, Li already said at a meeting on October 9.

He stressed the country's need to build a modern energy system on the premise of ensuring security and strive to improve the capacity of independent energy supply.

The country will continue to promote the clean use of coal, increase clean energy proportions in total energy consumption, and enhance green development capacity, he said.