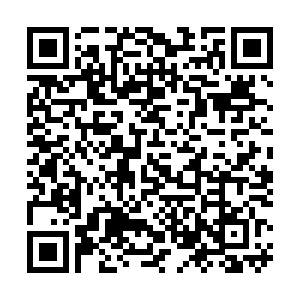 In 1971, the 26th session of the UN General Assembly adopted Resolution 2758, which restored all lawful rights of the People's Republic of China (PRC) at the UN and recognized the PRC government as the solely legal government representing the whole of China.

The spokesperson said that the resolution adopted by an overwhelming majority has solved once and for all the issue of China's representation in the UN in political, legal and procedural terms.

The DPP authority's distortion and attack on the resolution and its talk of "representation" have shown its ignorance and defiance of international law, said the spokesperson.

The DPP authority is openly challenging the one-China principle the international community has recognized, spreading the fallacy that Taiwan is a "sovereign state" and creating lies for the sake of the so-called "Taiwan independence," which are very dangerous provocations, said the spokesperson.

The DPP authority claims to seek "international space" for Taiwan only for political purposes, said the mainland spokesperson, who also reiterated that the region's participation in international organizations or events must be arranged on the basis of the one-China principle.

The mainland attaches great importance to the aspirations and concerns of compatriots in Taiwan to take part in international activities, said the spokesperson, adding that Taiwan compatriots are Chinese.

The spokesperson explained how the Chinese mainland has made COVID-19 vaccines and consular protection accessible to Taiwan compatriots overseas.

"It has been proven that only under the precondition of the one-Chine principle can the interests and well-being of the Taiwan compatriots be effectively safeguarded internationally," said the spokesperson.

The spokesperson added China's reunification is a just cause that has won wide support from the international community and warned against the "Taiwan independence" separatists.