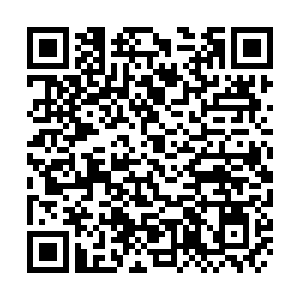 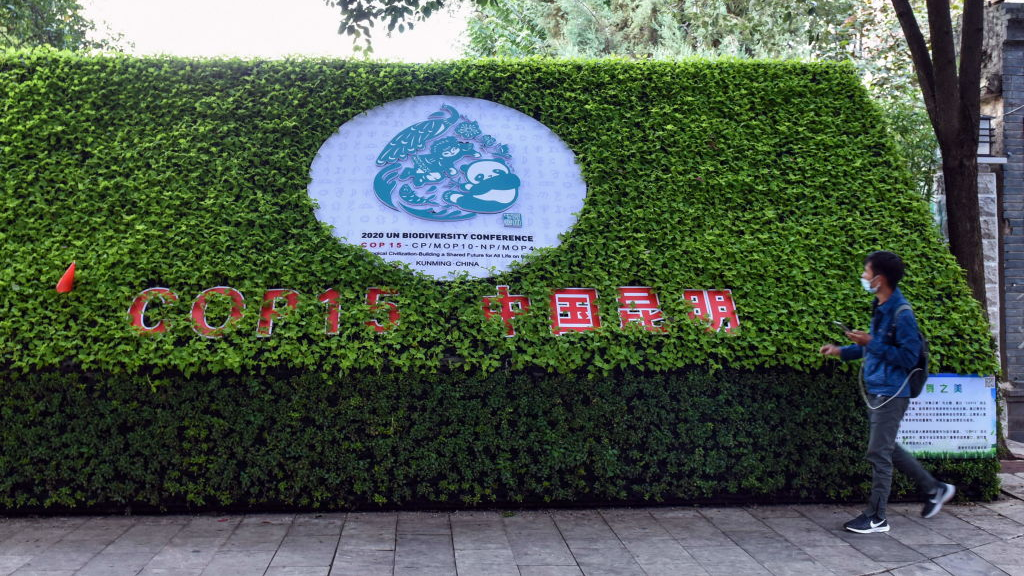 A sign of the UN Biodiversity Conference (COP15) in a street in Kunming, the host city, in southwest China's Yunnan Province, October 2, 2021. /Getty

A sign of the UN Biodiversity Conference (COP15) in a street in Kunming, the host city, in southwest China's Yunnan Province, October 2, 2021. /Getty

From a variety of animals, plants, fungi and microorganisms that make up our natural world, each of the species and microbes help to maintain balance in the world by working together in ecosystems. They form biodiversity, which supports everything humans need to survive, including food, clean water, medicine and shelter.

But with a 60-percent decline in the global population of mammals, fish, birds, reptiles and amphibians since 1970, scientists believed the world was heading, if it hadn't reached, toward a sixth mass extinction after the first five extinctions that wiped out about half of all species in a relatively short period.

It is the biggest UN summit in 10 years, and a crucial one, after countries failed to meet a single target in the previous decade of the goals agreed in Aichi, Japan in 2010. Days ahead of the 26th UN Climate Change Conference of the Parties (COP26) in Glasgow, Scotland, COP15 has a unique value for several reasons.

Chinese President Xi Jinping promised to strengthen man's relationship with nature by protecting animals, rivers, mountains, lands and deserts. He also highlighted the need to build a green, low-carbon and circular economy and step up green international cooperation and share the benefits of green development with developing countries.

At the virtual summit, governments will renegotiate targets under the global biodiversity framework before an in-person summit in Kunming from April 25 to May 8, 2022. The push Beijing gave through "the Paris Agreement for Nature" would translate into protecting biodiversity for this decade, halting and reversing rampant biodiversity loss the world over and realizing the UN vision of "living in harmony with nature" by 2050. 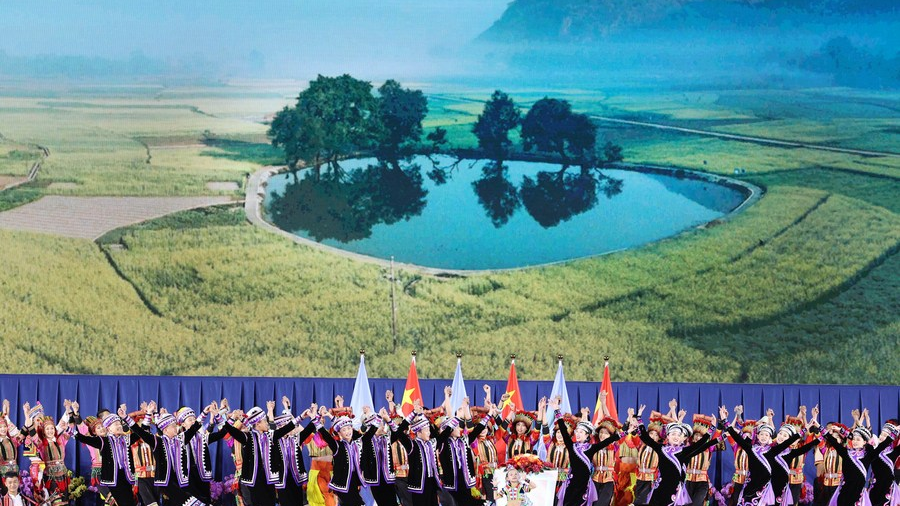 The U.S. has never signed the Convention on Biological Diversity (CBD), which was originally signed at the Rio Earth Summit in 1992 and ratified by 195 countries. The U.S. is unlikely to endorse the most important international treaty to protect species, ecosystems and genetic diversity over political divisions and strong resistance from conservative nationalists in the country. The Donald Trump administration had ripped more than 125 environmental rules and policies during his four-year term.

In contrast, China's Ecological Conservation Red Line (ECLR) initiative within a decade has succeeded in designating one-fourth of its land area for protection, allowing the country to emerge as a global leader in deploying data-driven conservation. Xi's announcement at the UN General Assembly to no longer finance new coal-fired power plants abroad is also being viewed as an encouraging sign for Beijing's action on biodiversity.

A white paper, released recently by China, revealed that the East Asian country had over-fulfilled three of the Aichi targets – establishing terrestrial nature reserves, restoring and ensuring important ecosystem services and increasing ecosystem resilience and carbon storage – with progress made on 13 other targets including mainstreaming biodiversity, sustainable management of agriculture, forestry and fishery and sustainable production and consumption.

China's placement of eco-civilization as one of its fundamental socio-economic development principles and robust efforts to control the trend of eco-degradation – such as a logging ban, returning farmlands to forests and grasslands, establishing national parks, controlling water pollution and banning fishing in the Yangtze basin – are admired internationally and emphasize Beijing's valuable inputs to protect the largely-neglected biodiversity issue in other parts of the world.

Stressing that the issues of biodiversity and climate change were intertwined, environmental advocates sought to link the two and find solutions to solve these crises. David Cooper, the CBD deputy secretary, said, "By conserving our ecosystems, wetlands, forests and grasslands and by restoring our ecosystems, we can contribute to both reducing greenhouse gas emissions and also helping people adapt to the unavoidable climate change."

His call for investing in biodiversity received an affirmative response as China announced it will launch a 1.5-billion-yuan Kunming Biodiversity Fund for developing countries to help them protect nature.

While the fund "should jump-start an urgently needed conversation on biodiversity finance," Beijing by laying out strong domestic biodiversity protection measures didn't disappoint the world watching it to contribute to global conservation and add "momentum in the run-up to COP26."

For the European Union, COP15 is as crucial as COP26 vis-a-vis life on earth. Brussels Commissioner for Environment, Oceans and Fisheries Virginijus Sinkevicius, representing the bloc, clubbed the two crises together that pose existential implications to mankind.

China is not only committed to achieving carbon neutrality by 2060; it has been on the way to playing its part in coping with climate change, reducing carbon dioxide emissions per unit of GDP by more than 48 percent from the 2005 levels.

The COP15 isn't over as yet but it has already established its worth in the world and underscored Beijing's vital role in neutralizing both existential threats, setting the tone for China's environmental leadership.