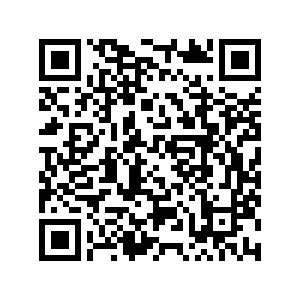 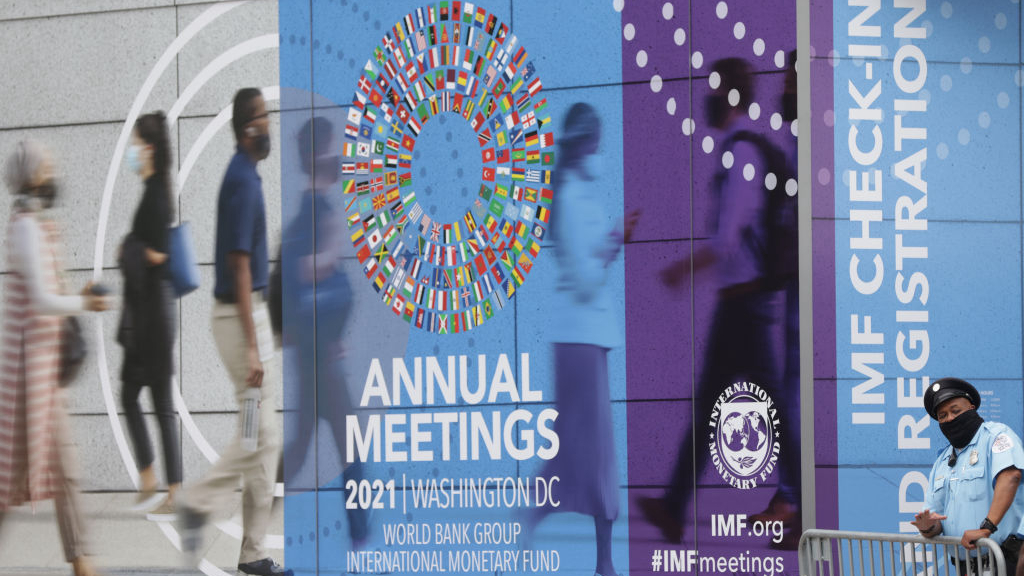 Editor's note: James Rae, a professor at California State University Sacramento, was a Fulbright Scholar at Beijing Foreign Studies University in 2017 and 2018. The article reflects the author's opinions and not necessarily the views of CGTN.

The International Monetary Fund (IMF) has released its latest "World Economic Outlook" report and offers a rather gloomy assessment of the current economic climate. Overall, the report recalculates slightly downward projected growth and reaffirms the ongoing challenge of the coronavirus pandemic.

The ripple effects of the pandemic have started to bear down on the global supply chain and undermine previous hopes of a strong recovery. In particular, the delta variant dealt a blow across the world with its severity, especially when it appeared.

The rich world was emerging from the worst conditions, owing to the widespread availability and adoption of various vaccines that have lessened the worst consequences of the disease, greatly reducing deaths and hospitalizations. This report reminds us that we are not out of the woods yet.

First, we must take stock of the ongoing risks and challenges in the developing world through the lens of SARS-CoV-2. The report shares that around "60 percent of the eligible populations in advanced economies are now vaccinated while just four percent of those populations in low-income countries have been vaccinated." Stability, let alone growth, cannot occur until vaccine nationalism and inequality are truly addressed.

The ongoing risk of new variants will not be resolved by only vaccinating the Global North. Even with dramatic decline in international travel, we remain a highly mobile global society; diseases cannot be kept out forever.

Countries like the United States - where public policy is pushing toward a third "booster" jab and inoculating very low-risk young children, while the elderly and infirm in poor countries wait hopelessly - are abhorrent.

The IMF calls for vaccinating a minimum of 40 percent of the population in each country by the end of this year and reaching 70 percent vaccinations by the middle of next year. 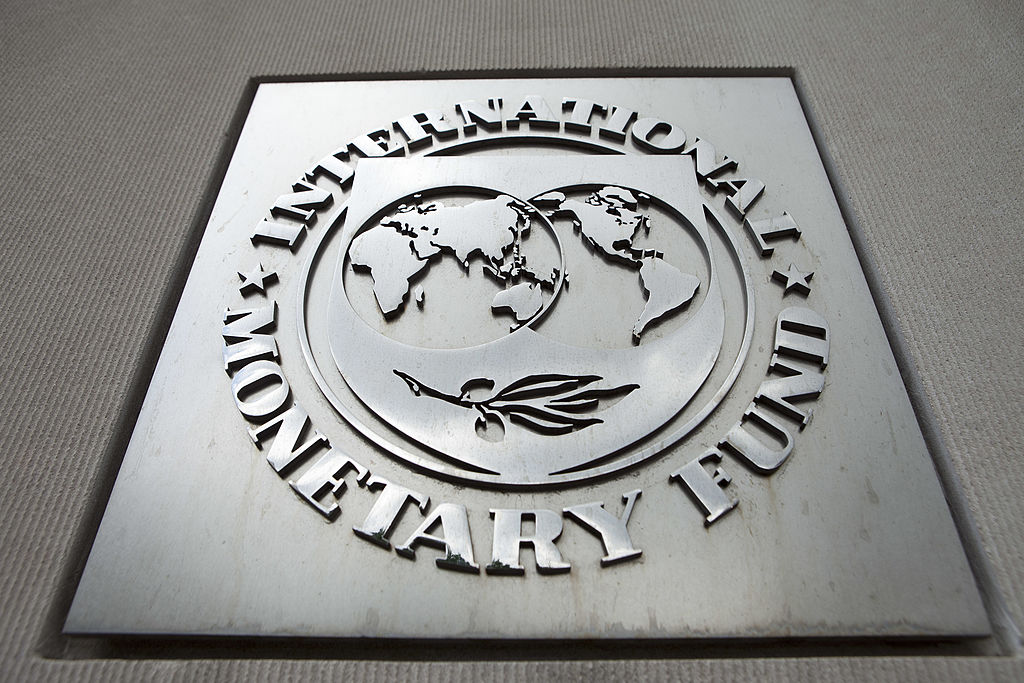 The logo of the International Monetary Fund (IMF) is displayed at the headquarters in Washington, D.C., U.S., May 16, 2011. /Getty

The logo of the International Monetary Fund (IMF) is displayed at the headquarters in Washington, D.C., U.S., May 16, 2011. /Getty

Of course, that is unimaginable if not impossible, but the first step is establishing the norm. Next, countries need to more determinedly donate through COVAX to provide vaccine supplies (including new treatments) and then assist governments in distributing those equitably to the neediest. The IMF put forward $650 billion to these ends, a very encouraging and meaningful commitment.

Meanwhile, the IMF lowered its global growth projection down one-tenth to 5.9 percent, reflecting the impact of supply chain shortages and threats from inflation, along with the pandemic circumstances already mentioned.

Rich countries like Germany and Japan were particularly impacted with limited access to commodities, and softening consumption led the IMF to forecast American growth to decline a full percentage point from its expectations in July.

The medium-term assumptions for the global economy are also rather pessimistic; 2022 is anticipated to have 4.9 percent growth and settle to around 3.3 percent thereafter.

Those parameters are built on anticipated American policy support to increase potential, but with its massive trillion dollars spending bills mired in political wrangling within the ruling Democratic Party, let alone the ongoing obstacles from its opposition Republican Party, that stimulus spending is already guaranteed to be pared back dramatically.

The IMF predicts even less policy support in developing countries, burdened as they are with pandemic influenced losses in trade and tourism. Moreover, the long-tamed threat of inflation is rearing its ugly head in both the developed and developing world, with particular evidence in the United States.

As the IMF suggests, "inflation risks are skewed to the upside" while the "balance of risks for growth is tilted to the downside." We are upside down, and nobody wins in such a scenario.

Thus, the IMF rightly reaffirms the need to enhance multilateral efforts to provide vaccines, reduce the threats from climate change, and perhaps offer liquidity and debt relief to countries in need, particularly those facing food insecurity.

The IMF also worries about the impact of U.S.-China trade tensions on recovery efforts. Here, it becomes the responsibility of the two countries to lead and promote mutually beneficial growth inducements. Recent meetings between both sides offered glimmers of hope, but it becomes ever more incumbent on the United States to dial back its aggressive stance of the past several years to one of engagement and dialogue.

The international community remains stuck in a long-lasting calamity that coincides with the onset of this pandemic. The pathway to recovery requires global governance built upon equitable inclusion and respectful participation.