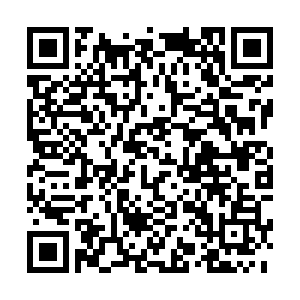 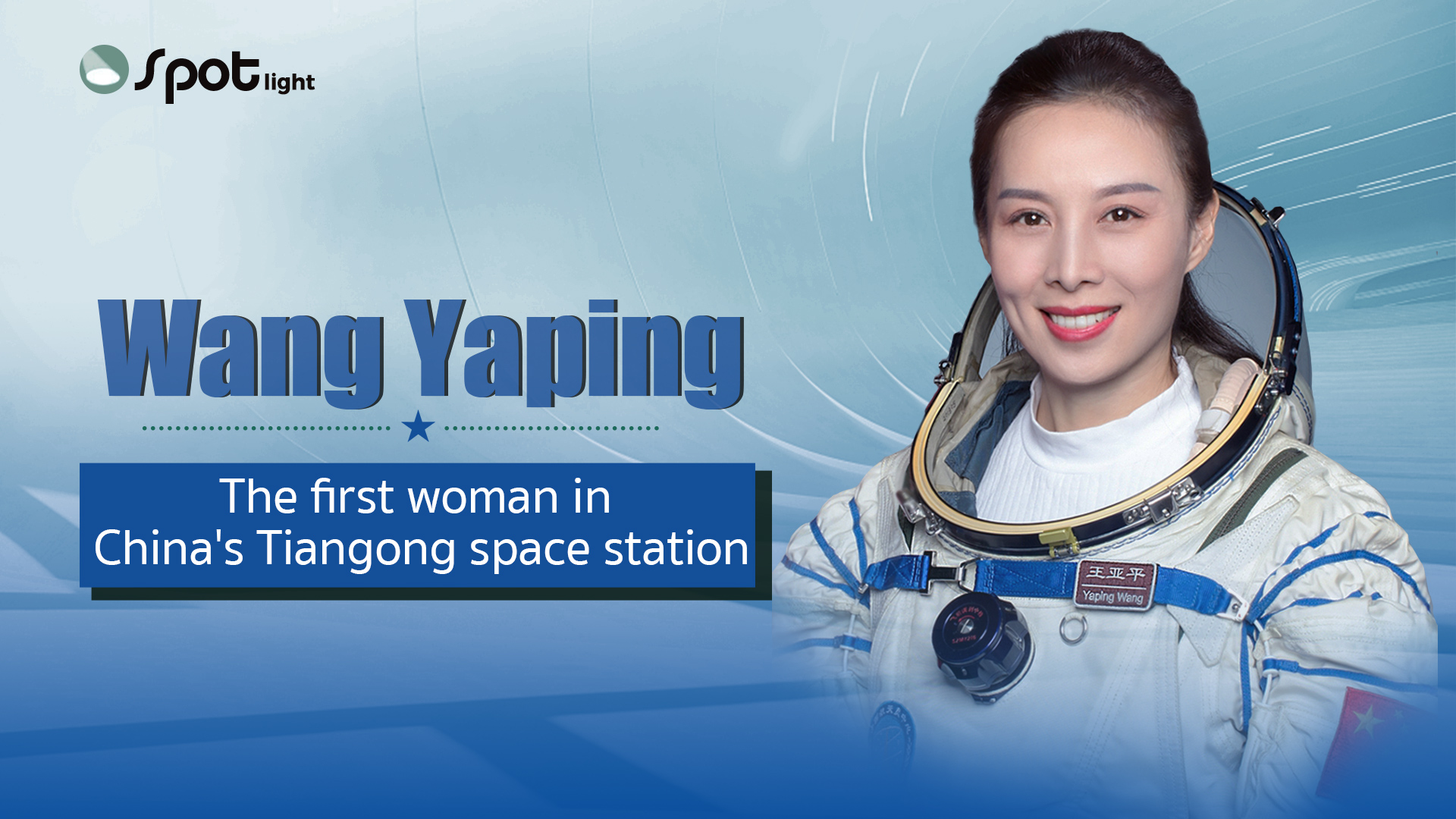 Wang Yaping has become the first female taikonaut to work in China's Tiangong space station as well as the first Chinese woman to perform a spacewalk.

China on Thursday unveiled the three-member crew for its Shenzhou-13 space mission, which took off from Jiuquan Satellite Launch Center in the Gobi Desert, north China's Inner Mongolia Autonomous Region, on Saturday. Wang will spend six months in the space station, along with her male colleagues Zhai Zhigang and Ye Guangfu.

The crew will find out whether the Tiangong space station is sustainable for long stays. On September 20, the cargo spacecraft Tianzhou-3 docked with the space station's Tianhe core module, loaded with six tonnes of supplies for the astronauts.Some clothes, hygiene products and cosmetics were specially prepared for the female astronaut. 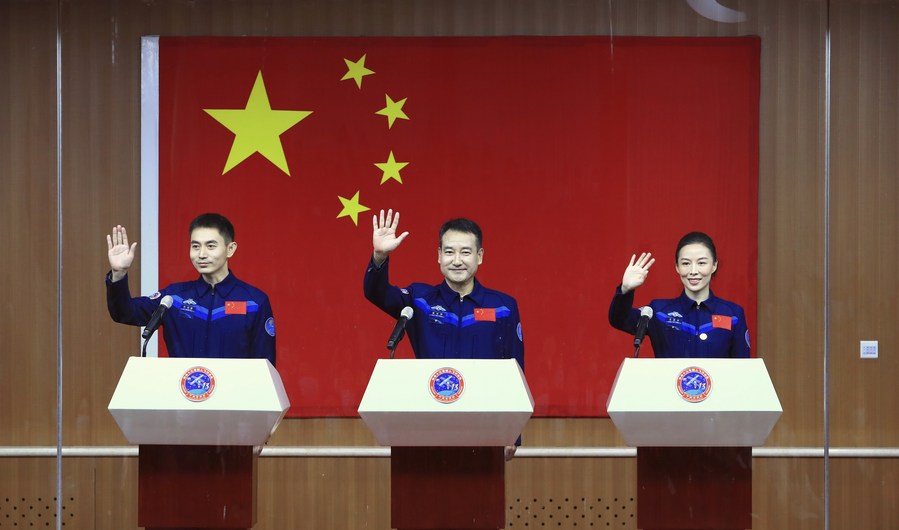 Over the past two years, Wang has logged in over 6,000 hours of rigorous training, from docking a spacecraft to controlling a robotic arm.

The most exhausting exercise was the seven-hour underwater training session during which she had to wear a special suit that weighed over 100 kilograms to simulate extravehicular activities in a weightless environment.

Wang's dream of becoming an astronaut was inspired by Yang Liwei's 2003 space flight, which was China's first manned space mission.

"Now China has its first man in space, when will our country have its first woman," thought Wang, who was then working as a fighter pilot in China's air force.

Born in a small village in Yantai, Shandong Province in 1980, Wang had been an enthusiastic long-distance runner since primary school, and competed in local sports meetings.

In 1997, Wang, a high school student, was encouraged to register for the pilot recruitment program by her classmates because she was good at sports and didn't wear glasses. The 17-year-old had been considering applying to teaching college, as her parents suggested.

Given her strong build and ability to stay calm under pressure, Wang passed all tests as well as physical examinations and became part of the seventh batch of female pilots in China. After four years of systemic education and tough training, Wang eventually learned to fly four different types of aircraft before graduation.

During her service as a military pilot, she accumulated 1,567 hours of flight time and was involved in major tasks such as the 2008 Wenchuan earthquake relief effort and the 2008 Summer Olympics in Beijing.

In May 2010, Wang became a member of China's first batch of female astronauts. The joy of being selected did not last as long as the brutal nature of the training quickly sank in.

In the first year, Wang could not get the top level in the high-G training, during which she had to endure eight times the force of gravity in a spinning centrifuge. The training simulates the environment when the spacecraft takes off, enters orbit and returns. Blood can't flow to the brain properly, causing a temporary lack of oxygen and even blindness. Astronauts must operate the spacecraft while enduring these conditions.

Wang improved her performance by doing extra core-strength exercises every day to strengthen her back and abdominal muscles. She reached the top level finally at the end of 2011.

However, Liu Yang was selected for the historic mission and became China's first woman in space in June 2012. Wang was disappointed because it was her dream as well. But she told Liu, "I am proud of you and both of our dreams come true when you make it." Both of them were moved to tears. 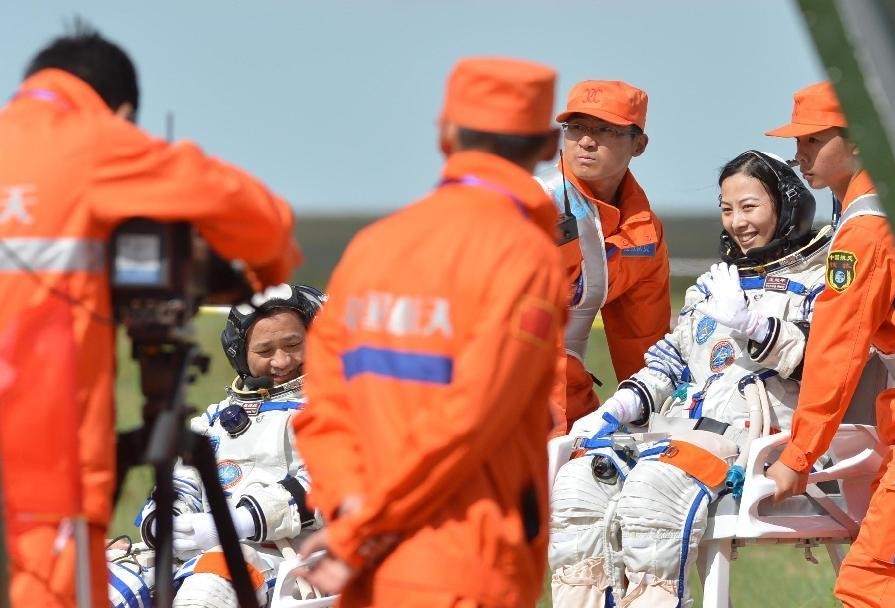 Wang realized her space dream a year later as part of the Shenzhou-10 mission, which coincided with the 50th anniversary of the first spaceflight by a woman, Soviet cosmonaut Valentina Tereshkova.

During her 15-day mission, Wang taught China's first live physics lesson from space, broadcasting to over 60 million primary and middle school students across the country. In a 40-minute lesson, she demonstrated how different objects behaved in a microgravity environment, and explained the concepts of weight and mass in Newton's laws of motion.

A week before her lecture, Wang received a letter from Barbara Morgan, who delivered the world's first lecture from space in the International Space Station in 2007. "You will be very busy up there, but please remember to take time to look out the window. China and all of this world are beautiful," wrote the former NASA astronaut.

Many students in China wrote to Wang after she returned, expressing their interest in space science. In 2020, a team of Chinese university students specializing in aerospace, art, architecture and music translated cosmic rays into music. They said the project was inspired by Wang's live space lecture, when they were teenagers. 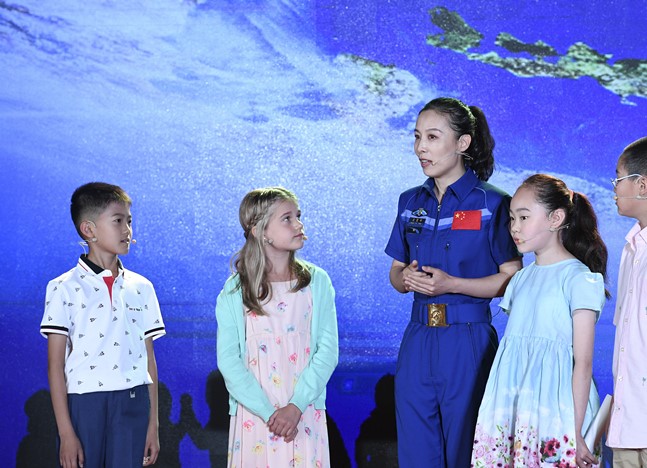 Wang Yaping (C) talks with children during an event at the 2017 Global Space Exploration Conference in Beijing, June 6, 2017. /Xinhua

Wang Yaping (C) talks with children during an event at the 2017 Global Space Exploration Conference in Beijing, June 6, 2017. /Xinhua

It is reported that Wang will give a second lecture in the space station, encouraging young people to pursue their space dreams.

Wang's story was widely reported in the country and reached a wider audience in the following years.

During the next six months, Wang and her teammates will carry out scientific experiments and spacewalks, the China Manned Space Agency, the main agency which administers the country's human spaceflight program, said in the press conference on Thursday.

Wang is confident that the crew will fulfill this challenging mission.

Meanwhile, to prepare for their separation, Wang and her five-year-old daughter promised to focus on their respective tasks. "I promised to collect the stars for her. She wants to share them with her classmates," Wang laughed.