Download
Muqtada al-Sadr: The ultimate kingmaker in the next Iraqi government
Li Ruikang 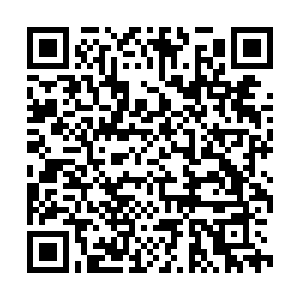 Muqtada al-Sadr has always had a front-row seat in deciding the formation of Iraq's governments after parliamentary elections; this time he seems likely to be the ultimate kingmaker backed by his party's biggest ever electoral victory.

At a time when Iraqis are increasingly disillusioned by the political establishment, Sadr's bloc, led by the Sadrist movement, kept its position as the party with the most seats in Sunday's elections, expanding to 73 from 54 in the 329-seat parliament.

The latest results suggest, however, that only 43 percent of the electorate headed to the polls in the lowest turnout in the country's history.

While the next government will likely be formed based on a consensus among the country's largest political factions and possibly foreign powers, the Sadrists' unrivaled share of parliamentary seats gives them greater leeway in talks with other sectarian blocs, including Kurdish and Sunni parties and particularly Iran-allied Shiite groups, and shun foreign interference.

Sadr, a prominent Shiite cleric and founder of the Sadrist movement, does not himself run for public office, but the input of the 47-year-old will carry the most weight during the weeks or even months of negotiations that are likely to follow.

It is unclear whether Prime Minister Mustafa al-Khadimi, who assumed office last year after waves of nationwide protests forced the previous government to resign, will receive Sadr's support to remain. 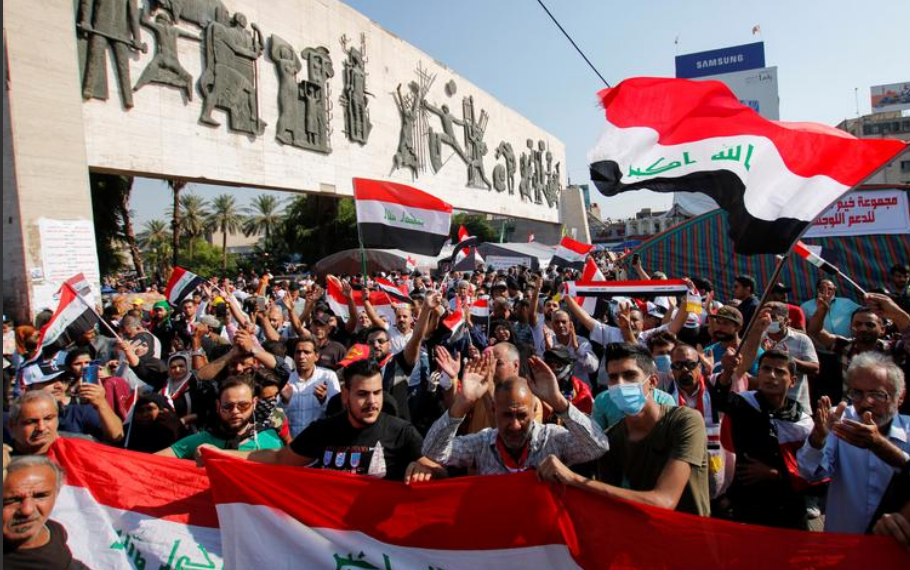 Sadr shares similar interests with Khadimi, a U.S.-favored former intelligence chief, and analysts have speculated that the Sadrists' electoral win was secured with tacit American backing, which would have been unimaginable 15 years ago.

"We welcome all embassies that do not interfere in Iraq's internal affairs," he said in a victory speech delivered on Tuesday, adding that celebrations would take place in the streets "without weapons."

Before Sadr's rise to the national stage, he spent years pursuing religious studies in Qom, a Shiite holy city in Iran. After the U.S. invaded Iraq in 2003, he returned, formed the Mahdi Army, a Shiite militia group recently renamed as the Peace Brigade, and fought fiercely against U.S. forces.

He gained a reputation as a warlord responsible for the bloody sectarian violence in the wake of the U.S. invasion, but has later transitioned to become a more statesmanlike figure and one of the most influential power brokers in Iraqi politics.

His political bloc, based on an anti-establishment, nationalist platform, has consistently prevailed in elections held after the introduction of a democratic system in 2005. Its support base comes largely from underprivileged, working-class Shiites in the poor Iraqi south, who deplore the country's entrenched corruption.

To his supporters, Sadr also serves as a spiritual leader who provides guidance and inspiration, even though he lacks the requisite religious qualifications and authority to issue fatwas, or Islamic rulings. 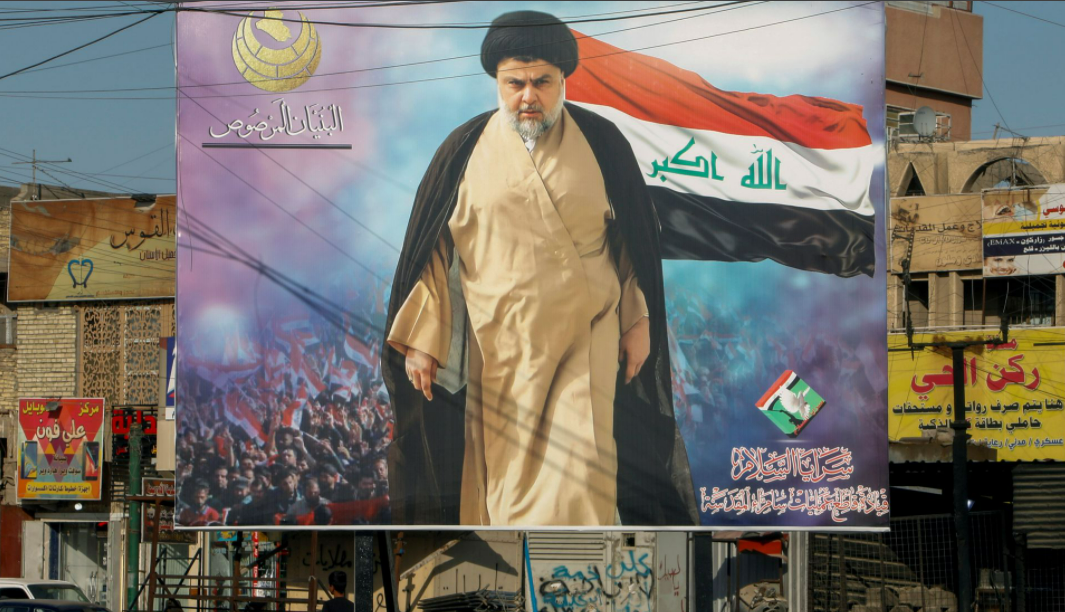 The mid-ranked cleric comes from a prestigious family that has, by far, produced the most influential clerics in modern Iraq. His father, Grand Ayatollah Mohammed Sadiq al-Sadr, a storied resistance leader to Sunni ruler Saddam Hussein, was killed by the regime in 1999 – a death that helped to lay the foundation for political activism among Iraq's Shiite community, which makes up roughly 65 percent of the Iraqi population.

Inheriting some of his father's legacies, Sadr has tried to project himself as a staunch anti-corruption fighter, a pioneer in reforms that would root out the country's longtime woes, and an alternative to the almost binary political landscape that has long characterized Iraqi politics. Most political factions find themselves either fiercely pro-Iran and anti-U.S. or the exact opposite.

In doing so, the populist leader has taken far-reaching measures such as dissolving some of his own militia groups and banishing corrupt politicians from his own ranks, though these efforts sometimes take a backseat as his influence grows in the country. 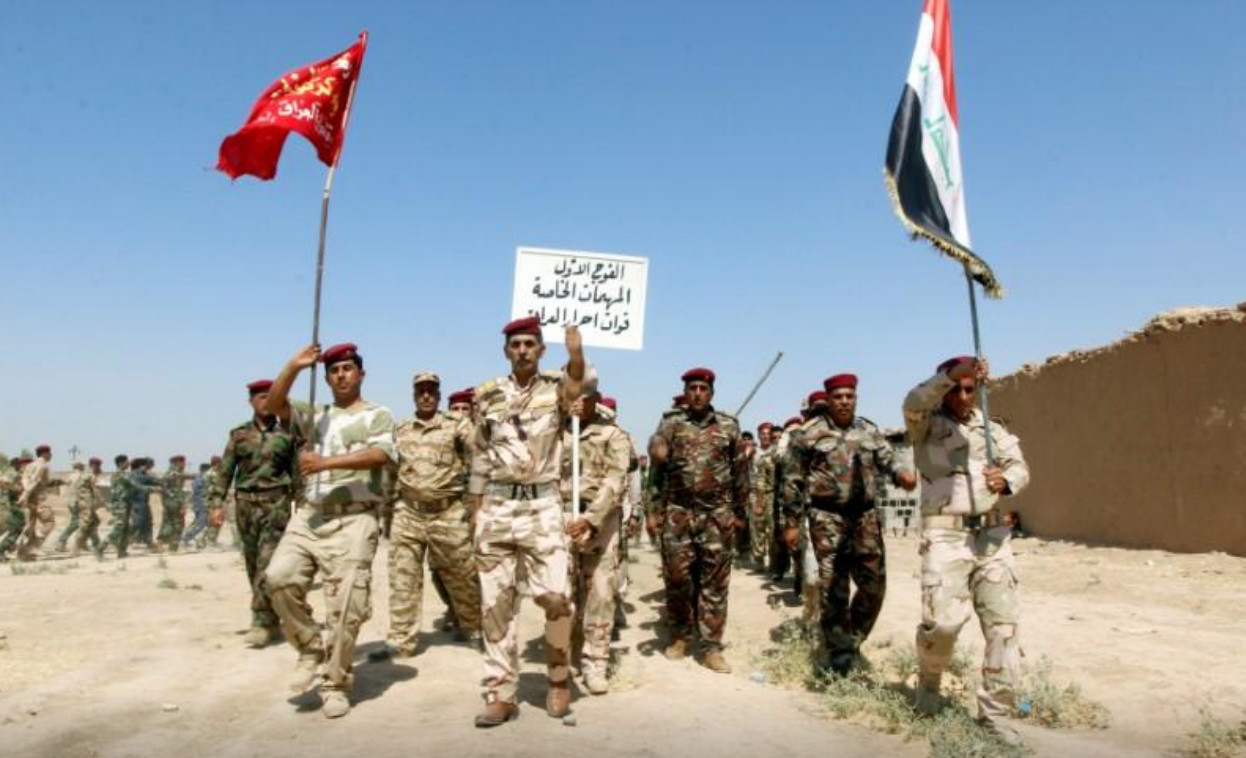 Popular Mobilisation Forces (PMF), the state-sponsored paramilitary group made up of militias, march during a military parade in Daquq, near Kirkuk, Iraq, August 5, 2017. /Reuters

Popular Mobilisation Forces (PMF), the state-sponsored paramilitary group made up of militias, march during a military parade in Daquq, near Kirkuk, Iraq, August 5, 2017. /Reuters

But he is heavily enmeshed in controversy. As someone who prides himself as a champion of Iraqi protesters, he does not appear to always stand beside them. Regarded by disenchanted Iraqis as part of the political establishment, Sadr has been subject to growing distrust, something he did not endure even as he relied their activism to score his own gains. When anti-government demonstrations once spiraled out of his control, the protest advocate helped quash them violently.

The way his movement operates also calls into question whether some of his pledges are genuine. As an influential parliamentary bloc that often controls certain cabinet ministries, the Sadrists have filled a big chunk of civil service positions with their loyalists. And like other powerful factions, they have free-wheeling access to public resources, often diverted for their own purposes. Some of these misappropriations have resulted in deadly disasters, while non-partisan, technocratic ministers, often preferred by Iraqis, are left with little authority to govern.

His entanglement with Iran, however, helps explain some of his contentious moves as he has to compete against his biggest rivals – Iran-aligned Shiite parties, which have a sizable group of militias at their disposal.

As a group made up largely of Shiite Muslims, the Sadrist movement has been innately vulnerable to Iranian influence. The Islamic Revolutionary Guard Corps, Iran's paramilitary group, has over the years managed to funnel a considerable amount of funding into the movement's rank-and-file members, which has turned some of them against its leader.

At times, Sadr would adjust his ostensible anti-Iran outlook, making regular visits to Tehran and sometimes acting as the mediator between angry Iraqis and Iranian leaders. His balancing act is considered by some as a sign of departure from his own platform, while others praise him for making the effort to reconcile with Iran, which supplies one-third of Iraq's electricity. 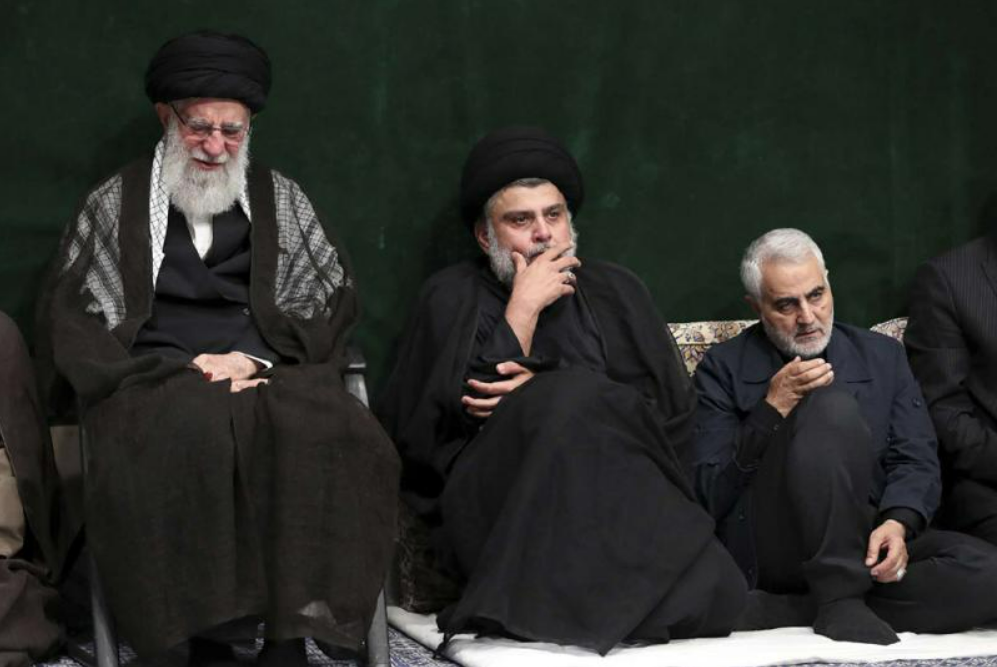 However, the cozy relationship he enjoyed intermittently with Tehran seems destined to wane as the U.S. is expected to pull all its forces out of Iraq by the end of this year. Understanding what that means for Iraq – a potentially unbridled growth of Iranian influence that would erode its sovereignty, Sadr has repeatedly signaled his willingness to preserve some American sway and lent his support to issues that suit U.S. interests – a full break from someone who vehemently rejects any type of foreign interference.

The mercurial leader is, nonetheless, persistent in addressing the country's core problems. He has pledged to eliminate militias that belong mostly to pro-Iran factions and overhaul a political system largely based on patronage networks – with which Iraqis have been increasingly frustrated in recent years.

In Tuesday's TV address, Sadr called for "confining arms to the hand of the state. It is forbidden to use them outside it; even from those who pretend resistance, whatsoever."

"Thank God who glorified reform with its biggest bloc," he said. "A bloc that is neither eastern nor western."

With his smashing success in Sunday's vote, Sadr has a golden opportunity to fulfill what he envisions for Iraq, or what he needs to do to consolidate his power, but either way, the same woes he appears bent on stamping out could prevent him from going any further.