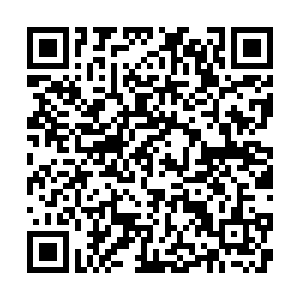 As China and the EU differ in history, culture, social system and stage of development, it is not surprising that competition and differences have emerged between the two sides, Xi said, adding that issues should be resolved through dialogue and negotiation.

Since the beginning of 2021, the international situation has changed and China-EU relations have also faced new problems. China hopes that the EU will uphold strategic independence, distinguish right from wrong, and work with China to push forward China-EU cooperation, he added.

Noting China and the EU are two major independent forces and comprehensive strategic partners, he said it is in the interests of both sides to strengthen strategic communication and jointly promote the sound and steady development of bilateral relations.

The two sides should deepen policy communication in the green and digital fields, expand areas of practical cooperation, synergize the Belt and Road Initiative with the EU's connectivity initiative, and strengthen communication and cooperation on climate change and biodiversity conservation, Xi said.

China welcomes the EU and its member states to participate in Global Development Initiative and work with China and other countries to help developing countries realize the UN 2030 Agenda for Sustainable Development at an early date, he added.

Michel said that recent developments in the international situation have made the EU and its member states more aware of the importance of enhancing strategic autonomy.

Despite differences in political systems and development models, both the EU and China support multilateralism, and the two sides need to cooperate in fighting COVID-19, promoting economic recovery, addressing climate change and safeguarding regional peace and stability, he added.

The EU abides by the one-China policy and has never changed its policy on Taiwan-related issues, he stressed, adding that the bloc will uphold strategic independence in handling international affairs.

The EU is ready to deepen practical cooperation with China in the green and digital economy, conduct exchanges and cooperation on Global Development Initiatives and maintain close communication and coordination on major international issues, he added.

The two leaders also exchanged views on the situation in Afghanistan. China has always played a constructive role in the political settlement of the Afghan issue and the international community should create a favorable external environment for Afghanistan's peaceful reconstruction, Xi said.