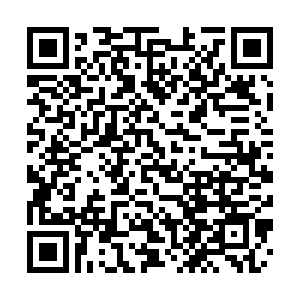 China understands Iran's legitimate position of safeguarding its national interests on the nuclear issue, Wang told his Iranian counterpart. He said China is willing to work with Iran and other parties to push the negotiations in a direction that advances regional peace and stability, Wang said.

The Chinese foreign minister also stressed that no matter how the international and regional situation changes, China will make efforts for greater development of the China-Iran comprehensive strategic partnership.

Noting that the phone conversation between the two heads of state in August has charted the course for bilateral relations, Wang said China is willing to continue to work with Iran to firmly support each other on issues concerning their respective core interest and major concern, oppose unilateral bullying acts and defend international fairness and justice.

The first meeting of foreign ministers of Afghanistan's neighboring countries is both timely and necessary, and it has been welcomed and valued by relevant parties, Wang said.

China supports the Iranian side in hosting the second meeting, he said, and hoped the meeting could maintain sound momentum, give full play to the advantages of neighboring countries and highlight their distinctive features so as to contribute to the long-term stability of Afghanistan with its neighbors' efforts.

The meeting should also strengthen communication and coordination with other multilateral mechanisms related to Afghanistan to form greater synergy, he added.

For his part, Abdollahian said that the new Iranian government will earnestly implement the consensus reached by the two heads of state and firmly push forward the comprehensive cooperation plan between Iran and China.

Iran is committed to the resumption of negotiations on the JCPOA, he said, adding that all relevant parties should fulfill their obligations.

The U.S. government under former President Donald Trump withdrew from the JCPOA in May 2018 and unilaterally reimposed sanctions on Iran. In response, Iran gradually stopped implementing parts of its commitments to the agreement from May 2019. Tehran has reiterated that it will "re-embrace" its reduced commitments, in case Washington does the same.

The JCPOA Joint Commission began to meet offline on April 6 in Vienna to continue previous discussions about a possible return of the United States to the deal. After six rounds of talks which ended on June 20, serious differences remain between Iran and the United States on restoring the deal.