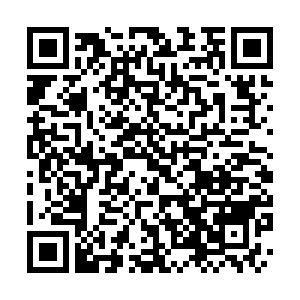 Chinese Vice Premier Han Zheng on Saturday extended warm greetings and congratulations to all members of the Shenzhou-13 mission.

Han, also a member of the Standing Committee of the Political Bureau of the Communist Party of China Central Committee, watched the live broadcast of the spaceship launch at the Beijing Aerospace Control Center.

China launched the Shenzhou-13 crewed spaceship from the Jiuquan Satellite Launch Center in northwest China at 12:23 a.m. Beijing Time on October 16. The spaceship entered its designated orbit after separating from the rocket at 12:33 a.m. The crew members are in good shape and the launch has been declared a complete success.

The launch of Shenzhou-13 is the 21st flight mission since the country's manned space program was approved and initiated, and the second crewed mission for China's space station project.

After entering orbit, Shenzhou-13 conducted fast automated rendezvous and docking at 6:56 a.m. with the complex consisting of the Tianhe core module and the Tianzhou-2 and Tianzhou-3 cargo ships. The whole process took approximately 6.5 hours.

By 9:58 a.m., the three astronauts entered the core module Tianhe, beginning their six-month stay in orbit.

They will have assignments including operating mechanical arms, performing extravehicular activities, and undertaking module transfer tests. They will also continue to verify key technologies concerning the long-term stay of astronauts in orbit, as well as recycling and life support.