Download
U.S. must correct the paradox in its approach to China
Danny Haiphong 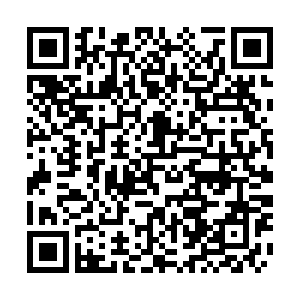 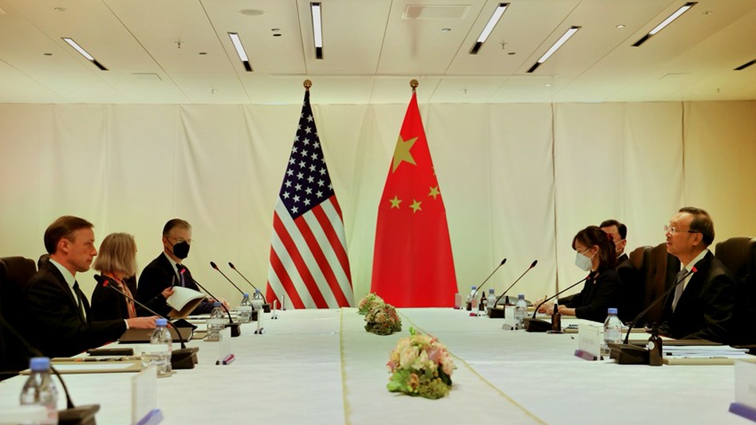 In recent weeks, high level officials from the U.S. and China have held in-person meetings. Both sides have reported bilateral discussions thus far to be productive. A tentative agreement exists between presidents Joe Biden and Xi Jinping to meet virtually before the end of 2021. China's long-time offer of dialogue with the United States appears to have been accepted, at least in the short-term.

However, a paradox remains in the U.S.'s approach to China. The release of Huawei CFO Meng Wanzhou from an unjust house arrest has indeed opened doors to mutual exchanges that were once shut. But the United States' political system is not a unified body. Key institutional forces remain opposed to stronger bilateral ties between the U.S. and China. One of those forces is the Central Intelligence Agency (CIA).

On October 7, just one day after productive talks between diplomats in Zurich, Switzerland, the New York Times reported that the CIA was closing mission centers focused on Iran and the DPRK in order to increase its attention on China. CIA Director William Burns declared in a statement that the agency's China-focused mission center "will further strengthen our collective work on the most important geopolitical threat we face in the 21st Century, an increasingly adversarial Chinese government." He went on to say that China represents the greatest challenge to "U.S. interests and international order." 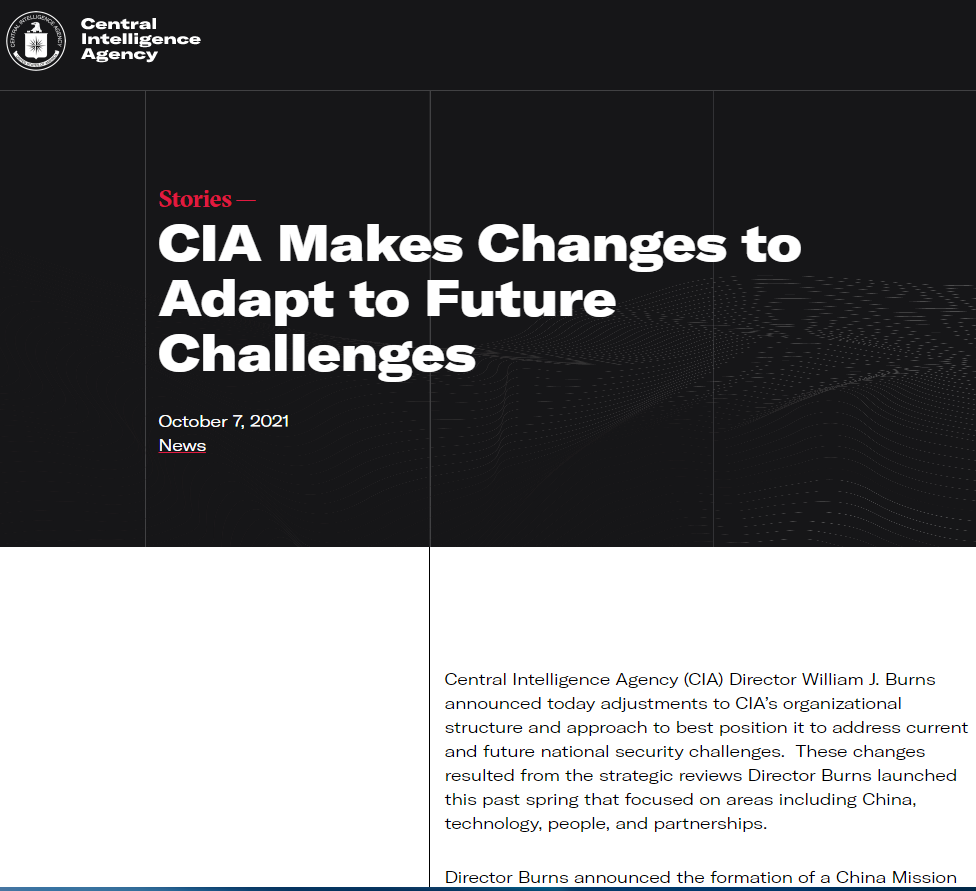 Press release from the U.S. Central Intelligence Agency saying that its director announced the formation of a China Mission Center. /Screenshot via CIA.gov

Press release from the U.S. Central Intelligence Agency saying that its director announced the formation of a China Mission Center. /Screenshot via CIA.gov

Such words are wholly antithetical to the spirit of dialogue and directly undermine the possibility of improved U.S.-China relations. Burns' depiction of China as a "threat" reinforces conflict rather than cooperation. Yet China has been far from "adversarial" as Burns claims. Member of the Political Bureau of the CPC Central Committee and director of the Office of the Central Commission for Foreign Affairs Yang Jiechi remarked after talks in Zurich that China does not use the word "competition" to describe China-U.S. relations.

In fact, China has demonstrated in practice that it favors cooperation over competition with the United States. It was the United States that instituted a trade war with China under former President Donald Trump. China has opposed the trade war from the outset and has extended numerous invitations to discuss repairing bilateral relations. Instead of militarizing the Asia Pacific, employing economic sanctions, and interfering in the internal affairs of other countries, China has responded to both the U.S.' aggressive posture and a global pandemic by strengthening global trade networks and providing concrete solidarity in the fight to protect human life during a public health crisis.

That the CIA's portrayal of China has little basis in reality should not surprise anyone. The CIA is a powerful feature of the U.S.' "deep state" – the network of shadowy intelligence organizations which possess immense influence over the political system. From 1945-1991, CIA operations were involved in more than 50 U.S. military interventions around the world. These operations were justified by the fabrication that communism represented a threat to U.S. interests. The CIA then used the threat of terrorism to carry out torture and other cruel practices as part of U.S. wars in the Middle East.

Burns' decision to shift the CIA's focus from terrorism to China is less about any "threat" China poses and more about the U.S.' own narrow interests. According to the New York Times report, the CIA is opening two mission centers: one focused on China and another dedicated to strengthening the U.S.' capacity in the areas of technology, global health and climate change. A primary concern of the CIA is that the U.S. has fallen behind technological advances, disallowing the agency from being able to spy on China. In other words, the CIA is seeking to invest resources on problems internal to the United States only so long as they enhance the ability of the agency to spy on China.

The CIA's vision for China-U.S. relations contradicts recent bilateral exchanges between Chinese and U.S. officials. This isn't the first time that branches of the U.S. political system have disagreed on a course of action. White House disagreements with the CIA over the Bay of Pigs and Cuba Missile Crisis placed the world in danger of a nuclear exchange. In 2016, reports surfaced that the CIA funded groups in Syria which were fighting groups armed by the Pentagon.

Such a chaotic policy should not be repeated in the U.S.' approach to China as it is indicative of the problematic hegemonism that soured the bilateral relations in the first place. The U.S. must correct its paradoxical approach. A good start is for U.S. officials to build upon the dialogue that has occurred between the two countries since the release of Meng Wanzhou. This will require that the CIA's motives are kept in proper check.