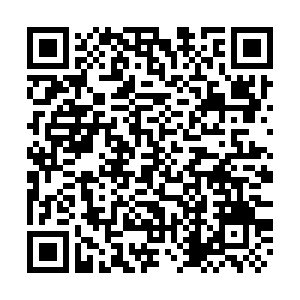 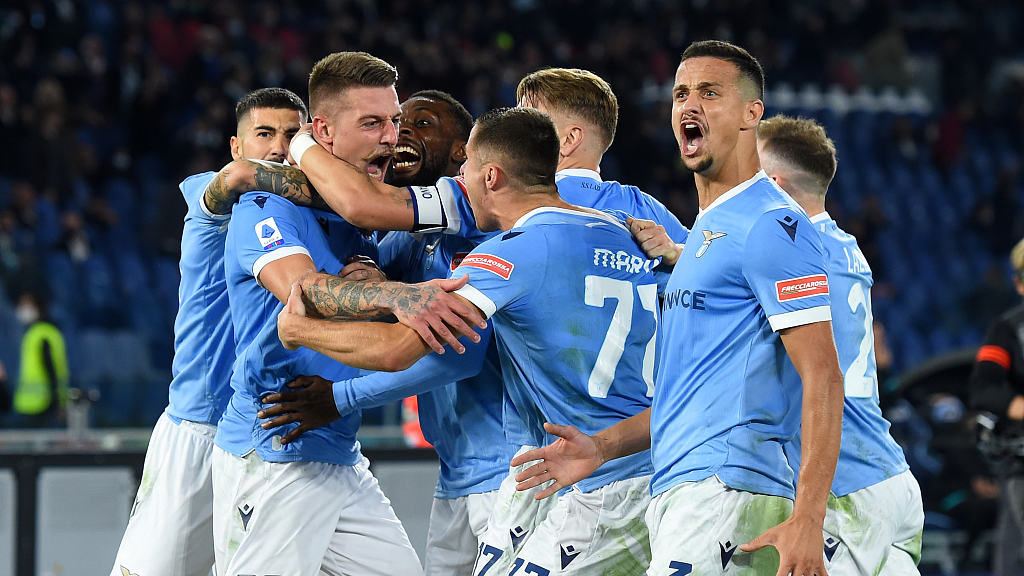 Lazio players celebrate during the Serie A match against Inter Milan in Rome, Italy, October 16, 2021. /CFP

Lazio players celebrate during the Serie A match against Inter Milan in Rome, Italy, October 16, 2021. /CFP

Reigning champions Inter Milan suffered their first Serie A defeat of the season and caused a long delay after being angered by a Felipe Anderson goal as they lost 3-1 to Lazio on Saturday.

Anderson tapped home a rebound in the 81st minute to put the hosts 2-1 ahead at the Stadio Olimpico, with the Inter players furious that Lazio had not stopped play due to Federico Dimarco being down injured.

But Lazio were under no obligation to stop and Dimarco had hit the floor before Inter continued attacking themselves.

Five yellow cards were dished out in the aftermath as the away side's protests stopped play for several minutes, with visiting full-back Denzel Dumfries perhaps lucky to only be booked.

It was a miserable return to the capital for away coach Simone Inzaghi, who left Lazio in the close-season to replace Antonio Conte at Inter.

His Lazio replacement, Maurizio Sarri, has often been criticized in the early weeks of the campaign, but the three points take his new team into fifth place.

Inter remain third and could slip seven points behind pace-setters Napoli when they put their 100-percent record on the line against Torino on Sunday.

Elsewhere on Saturday, Manchester United succumbed to a first away Premier League defeat for 30 games by losing 4-2 at Leicester as Liverpool thrashed Watford 5-0.

Chelsea remain on top of the Premier League after a hard-fought 1-0 win at Brentford, while Manchester City eased to a 2-0 victory over Burnley. 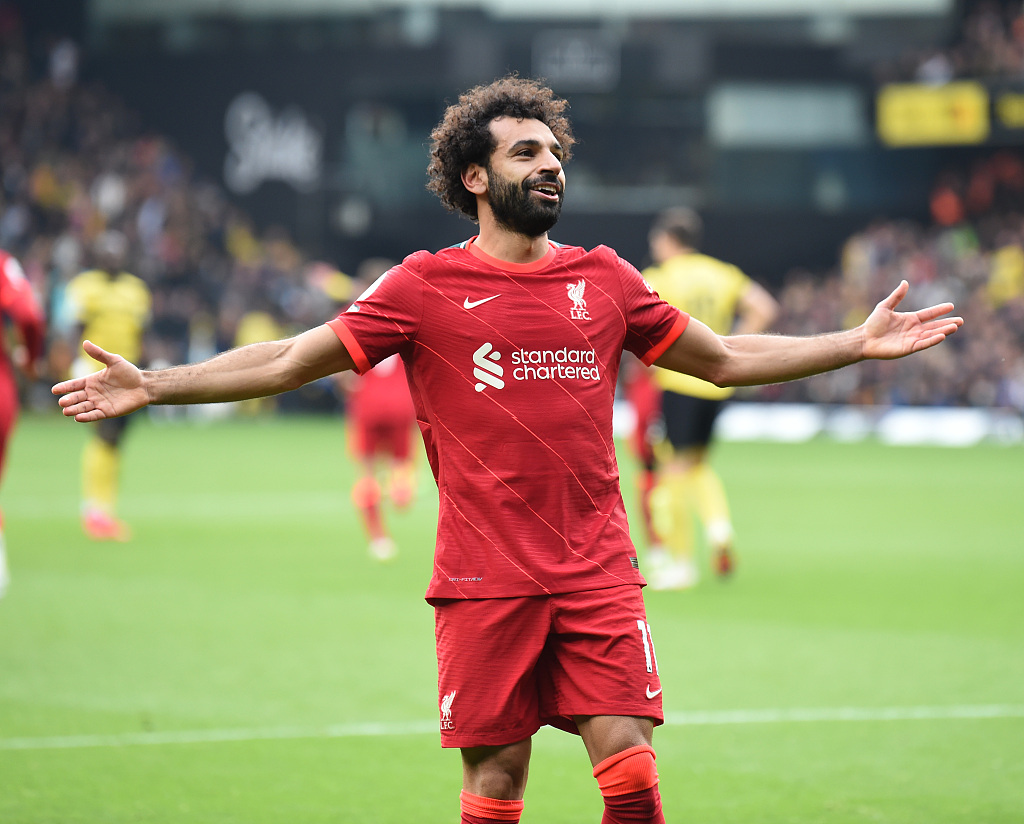 But it was Mohamed Salah who again took most of the plaudits for another stunning solo goal to take his tally for the season to 10 in as many games.

"In this moment it is clear that there is no one better than him," said Liverpool manager Jurgen Klopp of the Egyptian.

Salah helped open the floodgates with a defence-splitting pass that teed up Sadio Mane to score his 100th Premier League goal.

Salah left four Manchester City defenders trailing to score in a thrilling 2-2 draw before the international break and pulled off a similar feat before curling into the far corner.

Firmino then completed the rout in stoppage time.