Download
Menstruation, spacesuit and hair: Peek into the life of a female astronaut in space
By Liu Wei 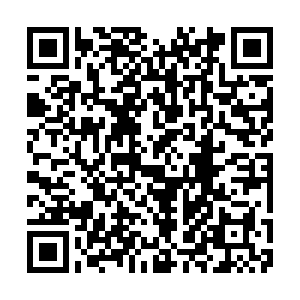 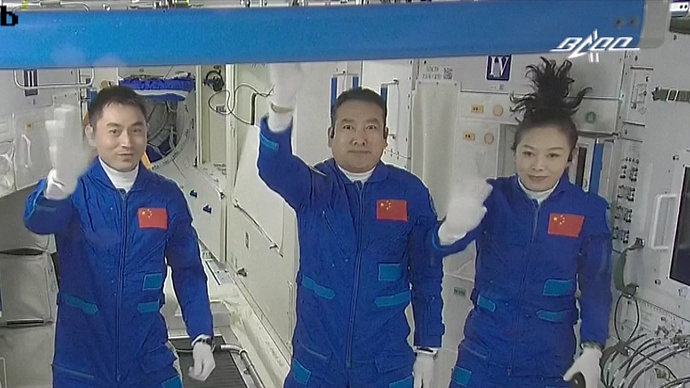 The veil of mystery shed over female astronauts has become increasingly discussed as the China Space Station welcomed its first female guest this Saturday. And the stay will be as long as six months, the longest in China's space travel history.

Historically, even until now, female astronauts are rare. Only about 11 percent of all the astronauts who have been to space are women. So it's understandable that the public has even less knowledge about female astronauts' space life and how it's different from those of men.

"Female astronauts are more sharper and delicate doing space tasks with better communication skills," said Pang Zhihao, a Beijing-based space expert and retired researcher from the China Academy of Space Technology in an interview with Chinanews.com.

According to Pang, female astronauts show a better magnesium metabolism than men and have better estrogen level, which makes them more suitable to live in space. Male astronauts tend to get illness such as iron poisoning, blood clots, vascular disorders and cardiac arrhythmia easier too.

Female astronauts also need to deal with menstruation. Many are concerned that zero gravity might induce retrograde menstruation, when the blood flows backward into the abdomen.

In fact, a period on Earth and one in space are very similar. "Female astronauts will have their period normally. But a space walk during a period could cause decompression sickness, so it's not advised," said Pang.

Last month, the Tianzhou-3 cargo craft was sent to refill supplies at the space station, including hygiene products - as well as chocolate, desserts and supplements - for female astronauts.

To better accommodate the female astronauts, the waste collection system has been adjusted for their smaller physicality.

"Her spacesuit and gloves have also customized for better flexibility," Pang said.

The female astronauts' privacy is also taken into consideration. In the orbital module, a curtain has been installed to create a private space.

Wang Yaping will be the first Chinese female astronaut to do a space walk. "Female astronauts are often shorter than men, so it's easier for them to conduct more delicate tasks with more flexibility," Pang said.

In addition, Wang's hair in the space grabbed public attention. In the live streaming video sent from the space station, her ponytail was floating in the air, directly pointing up because of the microgravity.

It was one of the hottest topics on Chinese twitter-like social platform Weibo. One commented that she has "the coolest hair style ever" and the other said she's "a real goddess".