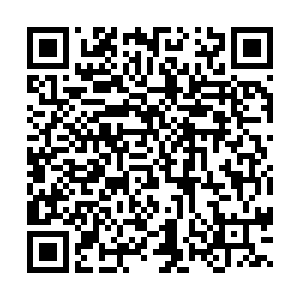 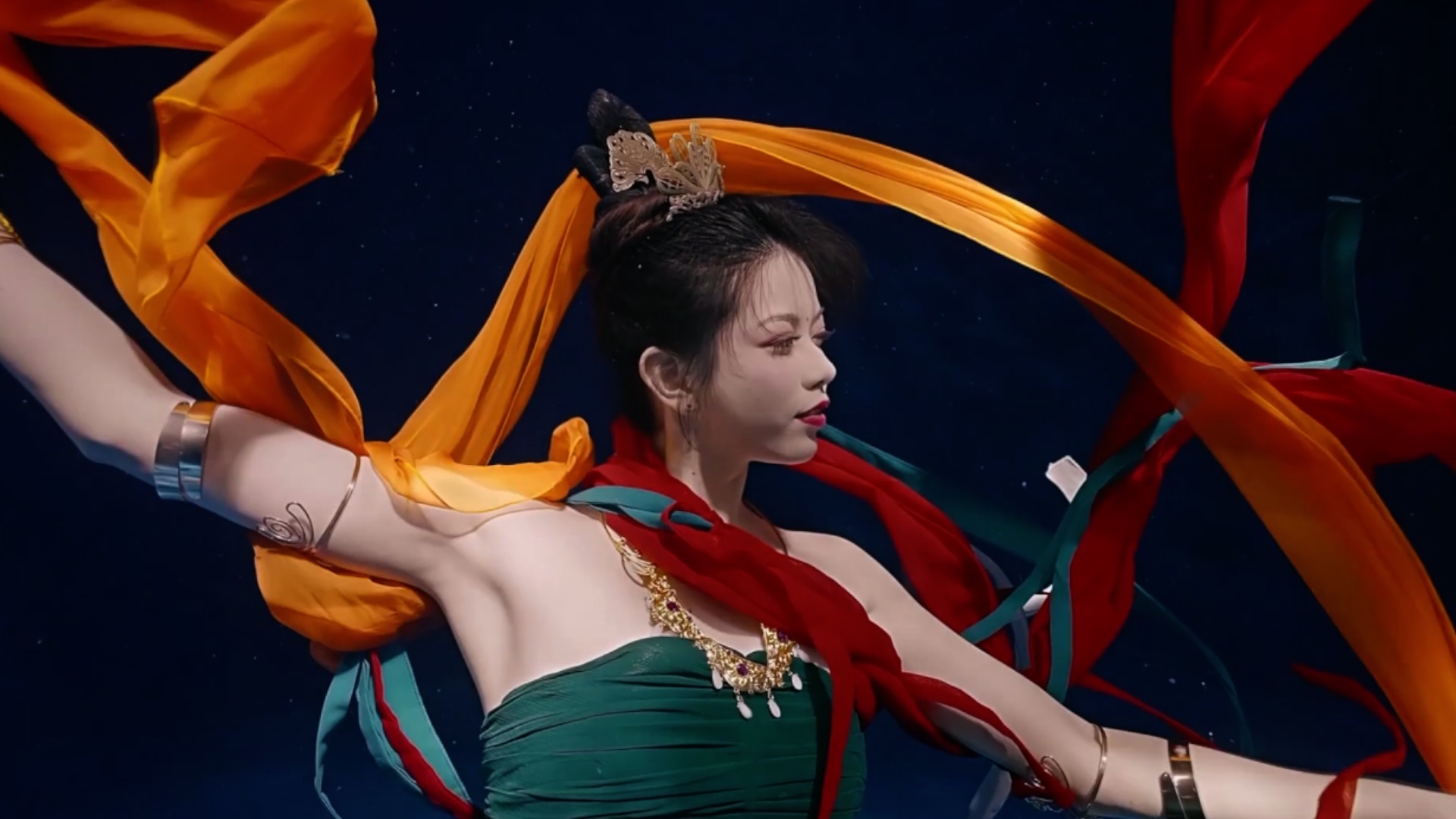 In June this year, an underwater dance performance titled "Rhapsody on the Luo River" won praise from netizens on China's social media platforms. In recent years, its director Guo Jiyong has wowed viewers with a series of underwater programs honoring traditional Chinese culture.

"Every time we dive, we have to resurface every minute or every 40 seconds to take a breath. We need to film the footage in a very short time," Guo told CGTN. 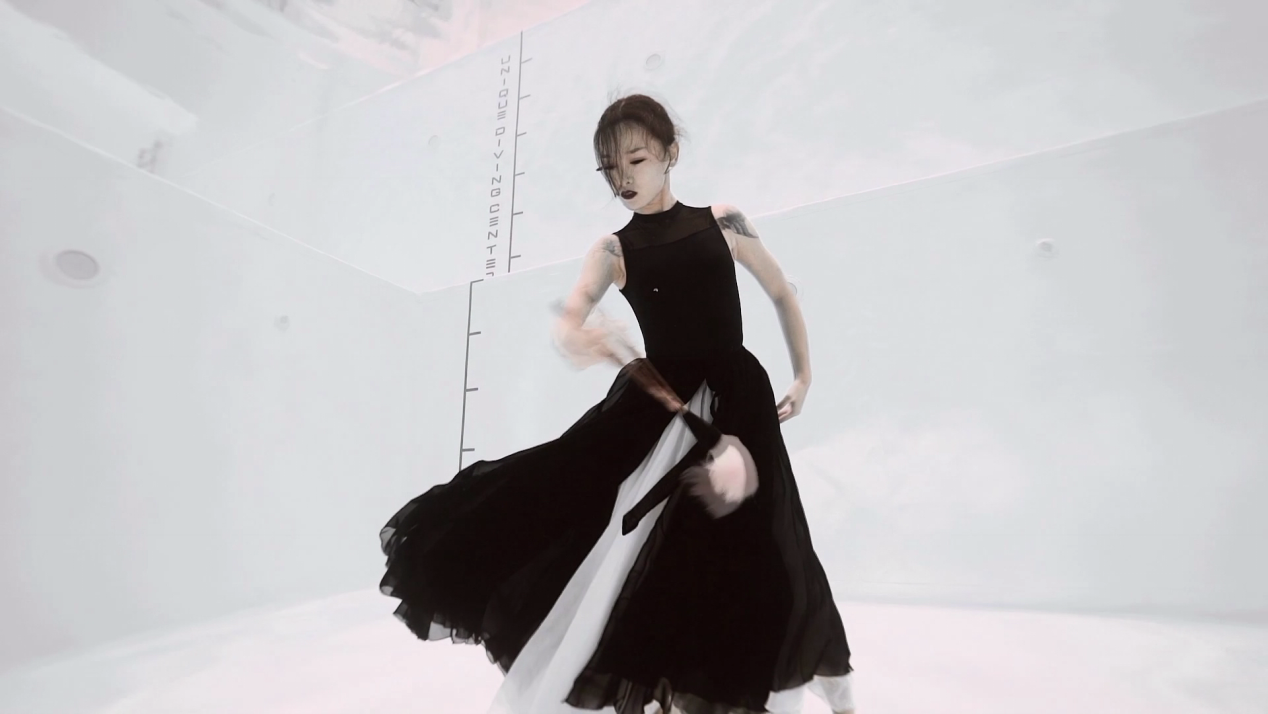 Initially, Guo filmed a lot of remarkable underwater work, like parkour videos. He says it was a coincidence that they shot a video featuring traditional Chinese dance. It's called "Lotus," and it gained wide recognition online.

"Actually I didn't expect it to generate so much publicity. I found that netizens were fascinated with videos of this genre. Since then, we began to focus on filming underwater videos about traditional Chinese culture," Guo explained. 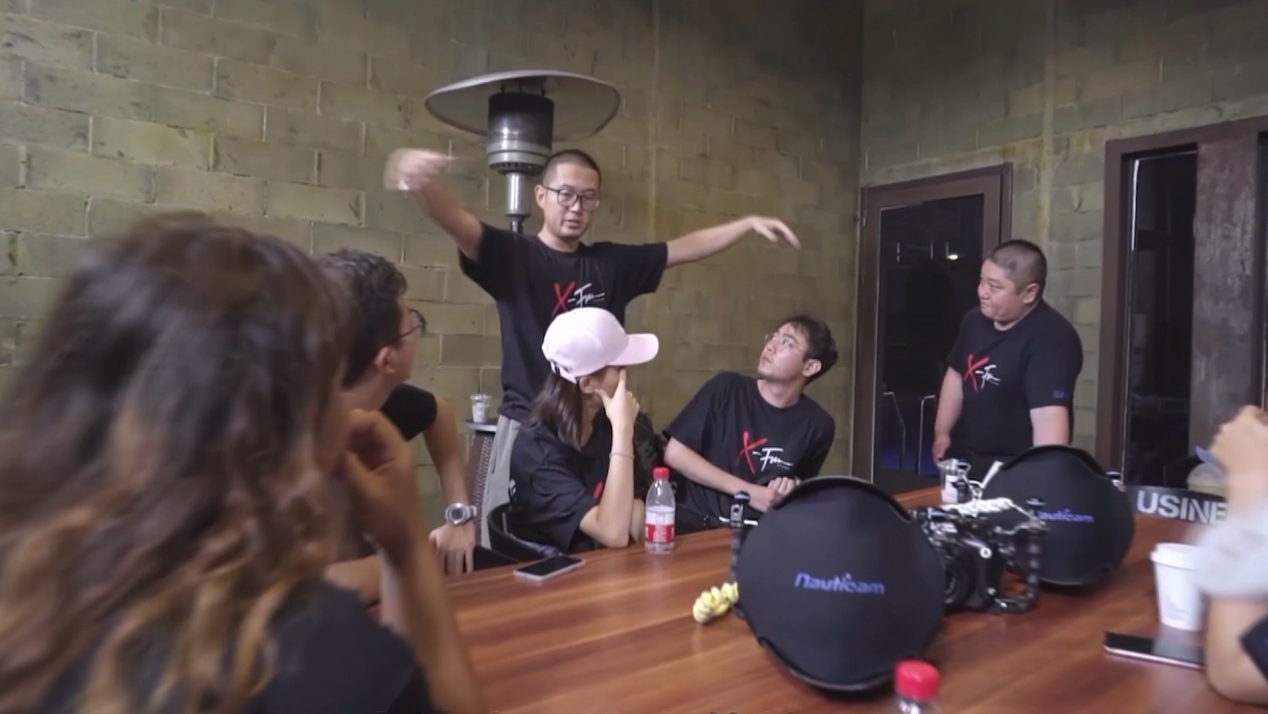 Director Guo and his team at work. /Guo Jiyong

Director Guo and his team at work. /Guo Jiyong

Guo says while shooting such a video on land, wire or CGI techniques can be used to present the flying scene of the goddess. But under the water, the buoyancy can create a weightless environment, which is much more helpful to shoot their works. The dancers can make some elegant movement and their costumes can float as if they were in the air. The spectacle created in this specific environment cannot easily be achieved by animated technology. 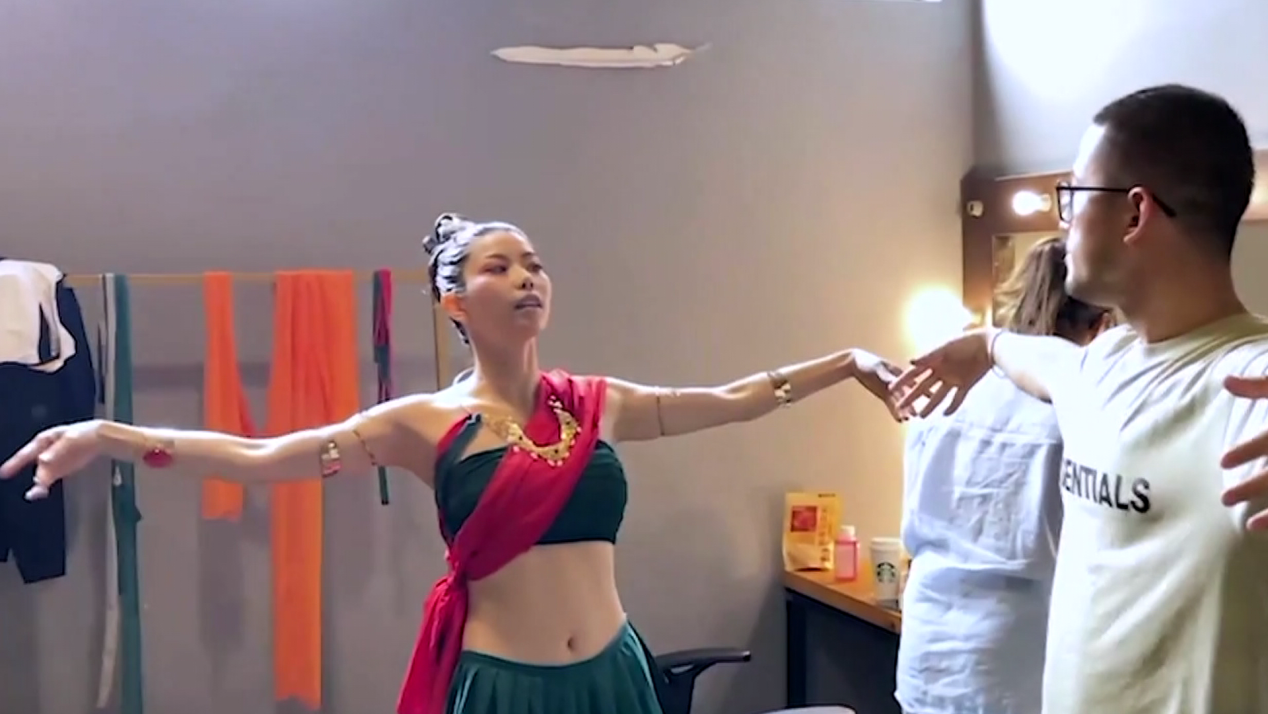 Director Guo and dancer He Haohao at work. /Guo Jiyong

Director Guo and dancer He Haohao at work. /Guo Jiyong

"The biggest challenge of filming underwater is coordination. Good coordination among the actors, the director and the cinematographers is crucial. Because our voice cannot transmit in water, we have to communicate well before we get in, to adjust the shooting and performance," said Guo pointing out the challenges of shooting an underwater dance performance. 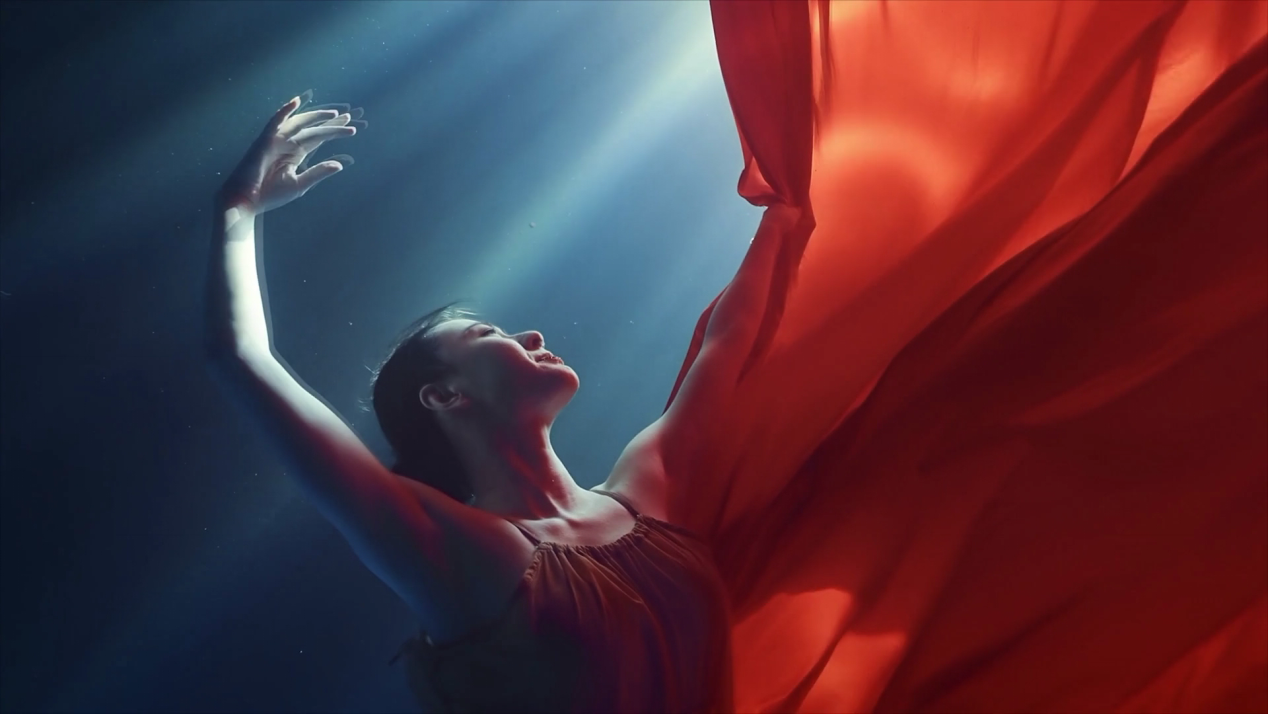 A still photo of "The China Red". /Guo Jiyong

A still photo of "The China Red". /Guo Jiyong

Guo says his favorite work is "The China Red." It's a piece they made to pay tribute to the centenary of the founding of the Communist Party of China. It shows their love for China.

In making the piece, the director organized a team of 27 people.

They spent over 20 hours under the water and dived for over 400 times.

Speaking about his career, Guo says they have also met many other challenges. Sometimes they had to try some new techniques that we were not familiar with and they were the first one to do this in China: "We couldn't find any previous experience that we can refer to. We want to be the predecessors and tell viewers we are exploring a way to show them a perfect underwater fantasy world.”