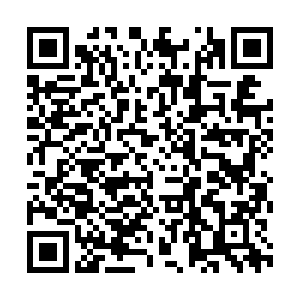 Two weeks ahead of the national election, the heads of major political parties in Japan will hold a public debate on Monday to likely discuss who can best respond to an expected next wave of COVID-19 infections and fix the pandemic-hit economy.

Natsuo Yamaguchi, leader of the Komeito Party – the junior partner in Japan's ruling coalition, on Friday raised doubts over the ruling Liberal Democratic Party (LDP)'s policy of doubling defense spending, saying the people would not support such an increase when so many areas of social welfare need resources. 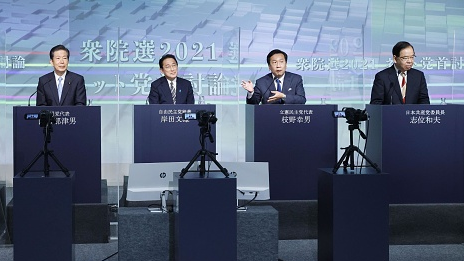 The leaders of Japan's ruling and opposition parties take part in a public debate in Tokyo, Japan, October 17, 2021. /Getty

The leaders of Japan's ruling and opposition parties take part in a public debate in Tokyo, Japan, October 17, 2021. /Getty

Fumio Kishida won LDP's presidential elections on September 29 and was elected as Japan's prime minister on October 4 in a parliament controlled by the LDP-led coalition.

Of the 465 seats in the lower house, Kishida said the ruling coalition is seeking to win at least 233 seats.

The LDP and its coalition partner Komeito won 310 seats in the last election in October 2017.