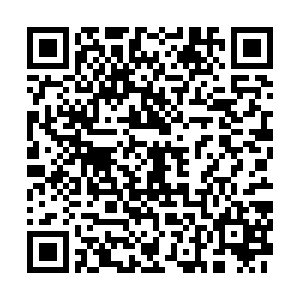 Coupled with the rebound in domestic travel and holiday spending after the pandemic-related slowdown, Universal Beijing Resort has driven an increase in visitor numbers at regional parks like Beijing Happy Valley.

On the first day of the National Day holiday, Beijing Happy Valley received 50,000 visitors. That was the highest number in the 15 years since it opened and an increase of nearly 100 percent compared to 2019, according to Beijing Municipal Bureau of Culture and Tourism.

As top international amusement park operators like Disney and Universal Studios bring new challenges for domestic competitors, how should home-grown parks deal with the evolving landscape?

CGTN took the question to Happy Valley, one of the oldest theme parks in Beijing, to find some answers. 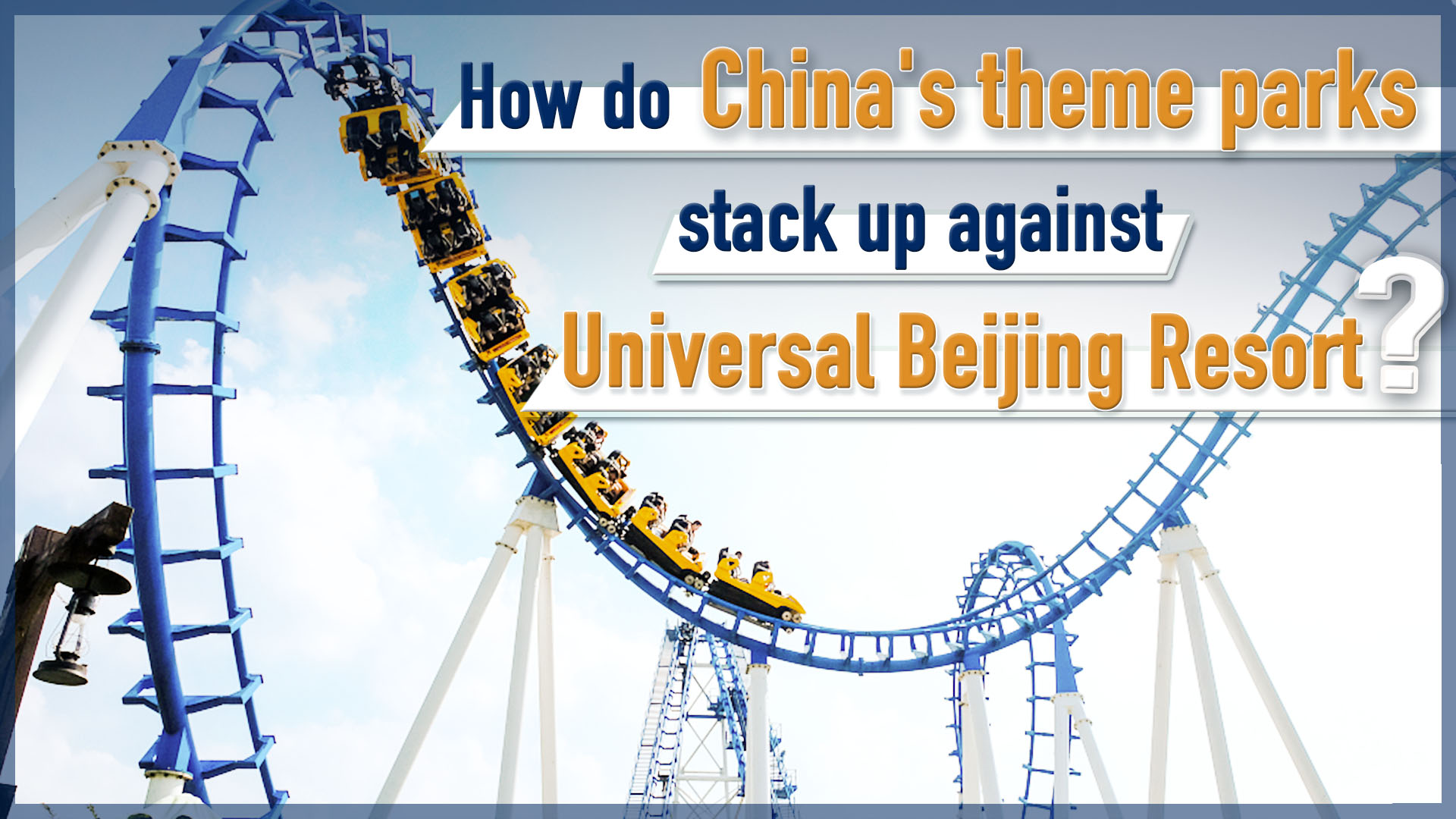 Compared with the high-priced Universal Studios, the price of Happy Valley is more affordable for middle-class households in China at 299 yuan ($46.4) for a whole day or 399 yuan ($62) for an annual pass. And tourists can even get free entry on their birthday.

With such promotions, Happy Valley has attracted a loyal group of local customers.

In 2021, the park has sold more than 400,000 annual passes, over 80 percent of which were to local kids and roller-coaster riders, Li Wei, the deputy general manager of Beijing Happy Valley, told CGTN.

"Happy Valley caters mostly to a domestic visitor base and provides local Generation Zers (born between 1995 to 2010) lots of memories," Li said.

"I think that Happy Valley is more focused on visitors of all ages and offers more roller coasters," said an annual pass holder surnamed Liu, “I prefer the homegrown atmosphere here and that's the reason I come here a lot.”

"The roller coasters here are much more thrilling, while Disney offers much fewer exciting facilities," a tourist told CGTN at the park.

"We hope to create healthy competition through differentiated products, positioning and demographics," said Li. "Then work to expand the region's tourism market together." 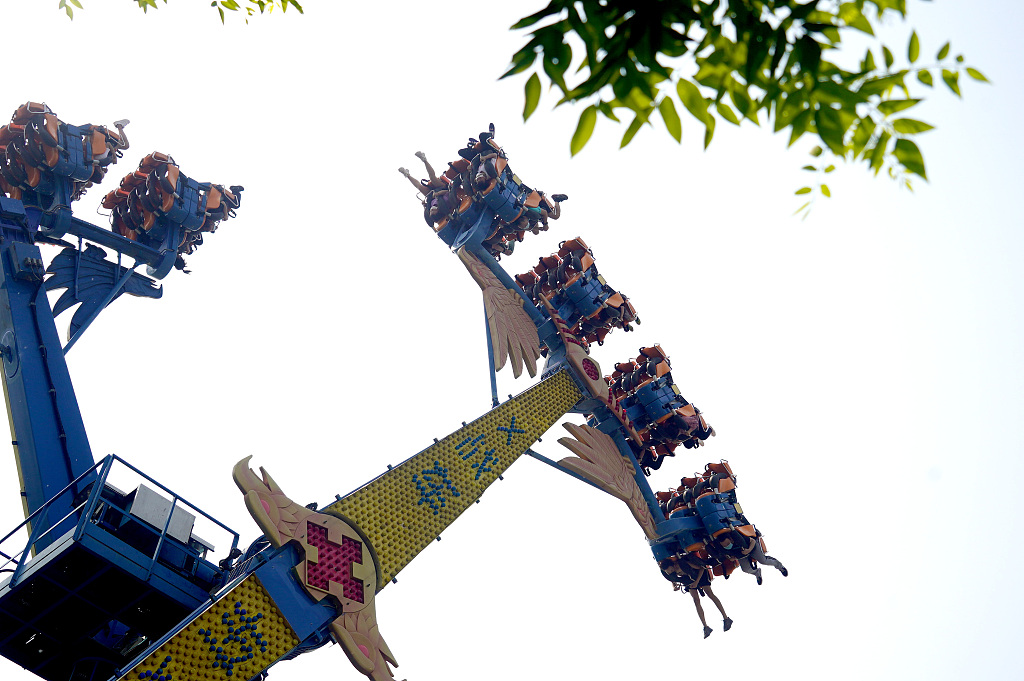 Due to the large population with increasing demands on entertainment and tourism, the theme park market is growing rapidly in China. Since the opening of Happy Valley Beijing in 2006, it has received over 50 million visitors. In terms of visitor numbers, domestic parks like Happy Valley and Chimelong are both on the top 25 amusement/theme parks worldwide list, ranked by Themed Entertainment Association.

There are nearly 3,000 theme parks, including 128 city-level theme parks, in China, according to a report on the Comprehensive Investigation and Development Strategy of China's Theme Park Industry from 2020 to 2025.

Upward trajectory for the whole industry

Local parks perform well in terms of attendance but there is still a gap with international brands when talking about revenue.

The revenues of the world’s top theme park operators like Disney and Universal Studios come mainly from secondary spending at the park like merchandise, food, beverage and royalties from licensing intellectual property, according to the Theme Park index 2020 by Themed Entertainment Association.

Universal Studios and Disney are backed by media conglomerates and studios that invest heavily in their intellectual property (IP), added Hsueh. 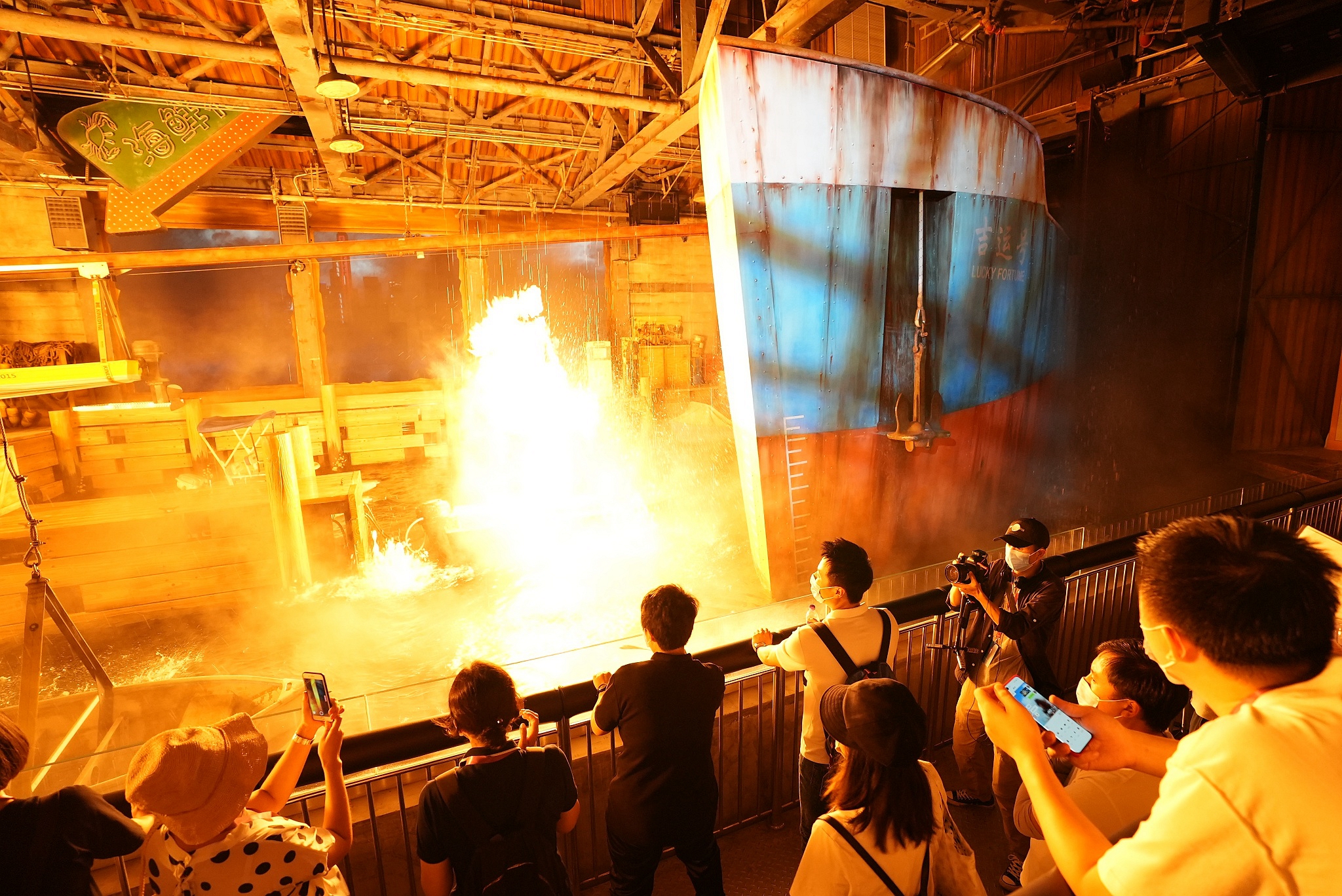 To attract tourists, Happy Valley has cooperated with a series of domestic IP brands such as Mr. Cookies, but few tourists at the park knew these cartoon figures or purchased related merchandise, CGTN observed.

The establishment of Universal Beijing Resort and the ongoing expansion of Shanghai Disney Resort continue an upward trajectory for the industry, raising the bar for other theme parks.

Domestic theme parks in China next need to integrate story and cultural elements into facilities which now only provide adventure and excitement to customers, Wang said.