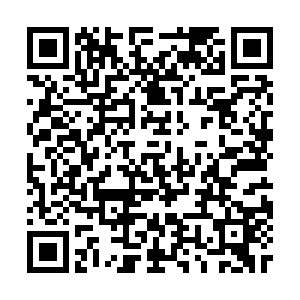 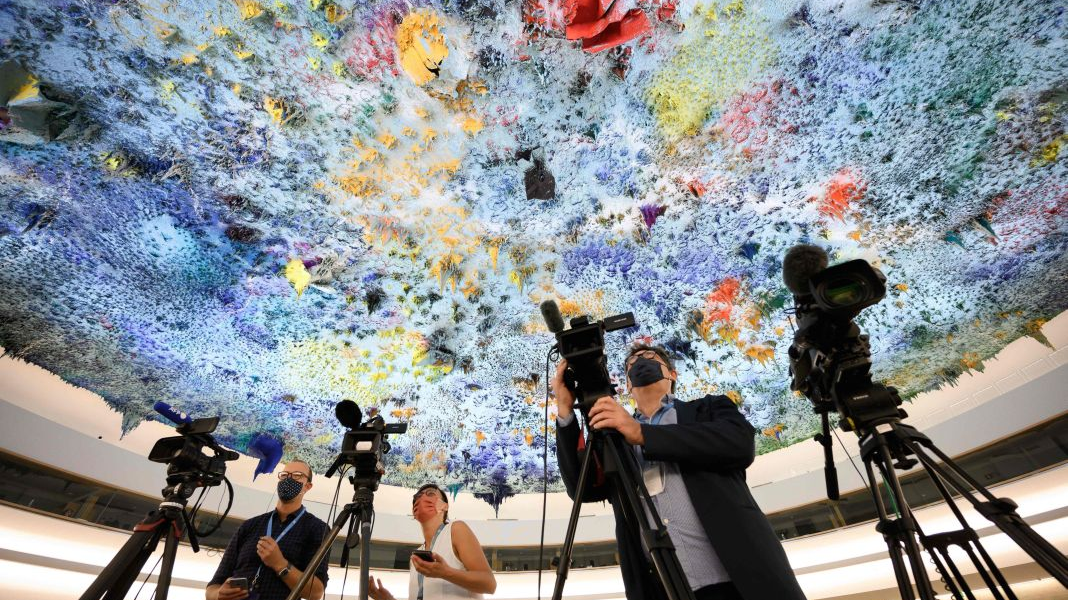 TV reporters operate during a session of the UN Human Rights Council in Geneva, September 13, 2021. /Getty

TV reporters operate during a session of the UN Human Rights Council in Geneva, September 13, 2021. /Getty

Editor's note: Alfred de Zayas is a professor of international law, former secretary of the UN Human Rights Committee and UN's independent expert on the promotion of a democratic and equitable international order from 2012 to 2018. Adriel Kasonta is a London-based political risk consultant and lawyer of Jewish and Tanzanian descent. The article reflects the authors' opinions and not necessarily the views of CGTN.

The U.S. regained its seat on the UN Human Rights Council in an uncontested vote in the General Assembly on October 14 after the administration of former U.S. President Donald Trump quit the 47-member body in 2018 citing the "chronic bias" against Israel.

With 168 votes, the U.S. joined 17 other countries by securing the second lowest place, beating out only Eritrea that found itself at the bottom of the list with 144 votes. As a comparison, Benin and Gambia were the top receivers with 189 and 186 votes, respectively.

"The absence of competition in this year's Human Rights Council vote makes a mockery of the word 'election,'" said UN Director at Human Rights Watch Louis Charbonneau in a statement. Hence, the U.S. has nothing to celebrate other than its successful bullying practices.

According to U.S. Ambassador to the UN Linda Thomas-Greenfield, Washington's goals will be to "stand with human rights defenders and speak out against violations and abuses of human rights" in countries like "Afghanistan, Myanmar, China, Ethiopia, Syria and Yemen," all the while opposing "the council's disproportionate attention on Israel."

Such words are, of course, cognitive dissonance – pure propaganda.

If "the land of the free, and the home of the brave" was interested in defending human rights, it would hail Julian Assange, Chelsea Manning, Edward Snowden and other whistle blowers, who are genuine human rights defenders, taking personal risks to denounce war crimes and defend democratic principles.

If the U.S. had any commitment to human rights, it would immediately lift "killer sanctions" that have crippled governments in their ability to combat COVID-19, sanctions that only seek to obtain "regime change" in countries that do not bend to Washington's orders, sanctions that have killed and continue to kill tens of thousands of persons in Cuba, Nicaragua, Syria and Venezuela because they directly cause scarcity in food and medicines, unavailability of dialysis equipment, medical scanners, breakdown of infrastructures, unemployment, large-scale migration and despair.

The U.S. agenda in the council merely advances the U.S. national security priorities that, according to a review from Reuters, are far more important to the administration of U.S. President Joe Biden than the protection of human rights itself.

The recent move to re-engage with the international institution is in line with U.S. Secretary of State Antony Blinken's plan to break with the Trump-era withdrawal, who argued in February that it "did nothing to encourage meaningful change, but instead created a vacuum of U.S. leadership, which countries with authoritarian agendas have used to their advantage."

Blinken, of course, is a seasoned player in U.S. propaganda and disinformation. He is an eloquent speaker who, unlike Mike Pompeo, really makes an effort to make American imperialism appear like democracy promotion.

In fact, Washington's presence in the council serves bi-partisan consensus in the U.S. Congress concerning the downplaying of human rights violations against Palestinians by Israel, the latter of which was accused of committing "crimes of apartheid and prosecution" by Human Rights Watch in April , as well as weaponizing human rights against its geopolitical foes like China by emphasizing topics related to the country's Taiwan region, Hong Kong Special Administrative Region and Xinjiang Uygur Autonomous Region. 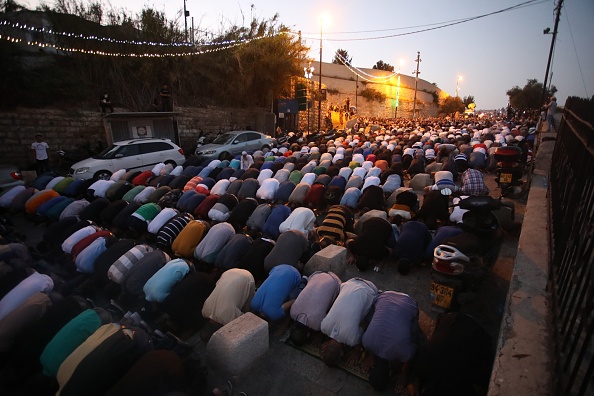 Palestinians offer evening prayer in front of the Lion's Gate, Al Aqsa Mosque, refusing to enter because of the metal detectors installed by Israel in Jerusalem, July 22, 2017. /Getty

Palestinians offer evening prayer in front of the Lion's Gate, Al Aqsa Mosque, refusing to enter because of the metal detectors installed by Israel in Jerusalem, July 22, 2017. /Getty

Notably, the Geneva-based Human Rights Council was established in 2006 to replace a commission previously discredited because of its members' poor human rights records.  Yet, the new council is every bit as political as the commission, and the Human Rights Report Card of the members is just as poor – if not worse – as we know from the Universal Periodic Review.

With the U.S. seat in the council coming to force in 2022, we shall see whether the body will resist the pressure from Washington to be compromised at the service of its national security objectives and will remain impartial in "documenting atrocities in order to hold wrongdoers accountable," as Secretary Blinken has claimed.

Does Blinken mean it? Then the council must hold the U.S. accountable for the continued discrimination against Afro-Americans and against the nearly forgotten indigenous Americans, the Sioux, Crees, Cherokees and Seminoles, who have been degraded to tourist attractions, as Vice President Kamala Harris herself recently argued that her country should face up to a "shameful past" with tribal nations.

However, it should be remembered that China and Russia are also members of the Human Rights Council and that they have become more assertive over the past few years. At the 48th session of the council, which ended on October 8, China sponsored a firm resolution on colonialism and its sequels, adopted without negative votes, but over the abstention of all of the U.S. allies. This may signal that a different wind is blowing.

In the corridors of the Palais des Nations, one hears that the Chinese are sick and tired of the evidence-free allegations emanating from Washington – which China has refuted and followed up with an invitation to UN High Commissioner for Human Rights Michelle Bachelet to visit China.

It is expected that Bachelet will indeed go to China, but she does not want to risk her potential reappointment in 2022. The Office of the UN High Commissioner for Human Rights is under considerable pressure from the U.S. and its allies, and there is concern that a mission to China might end up legitimizing the anti-terrorist measures adopted by China in Xinjiang and Hong Kong.

The Human Rights Council needs to revive the legacy of Eleanor Roosevelt and focus on cooperation rather than confrontation. The U.S. membership will neither worsen nor improve the situation. What is needed is intellectual honesty – and that has always been in short supply.