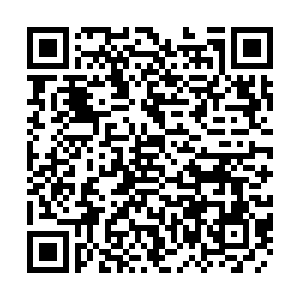 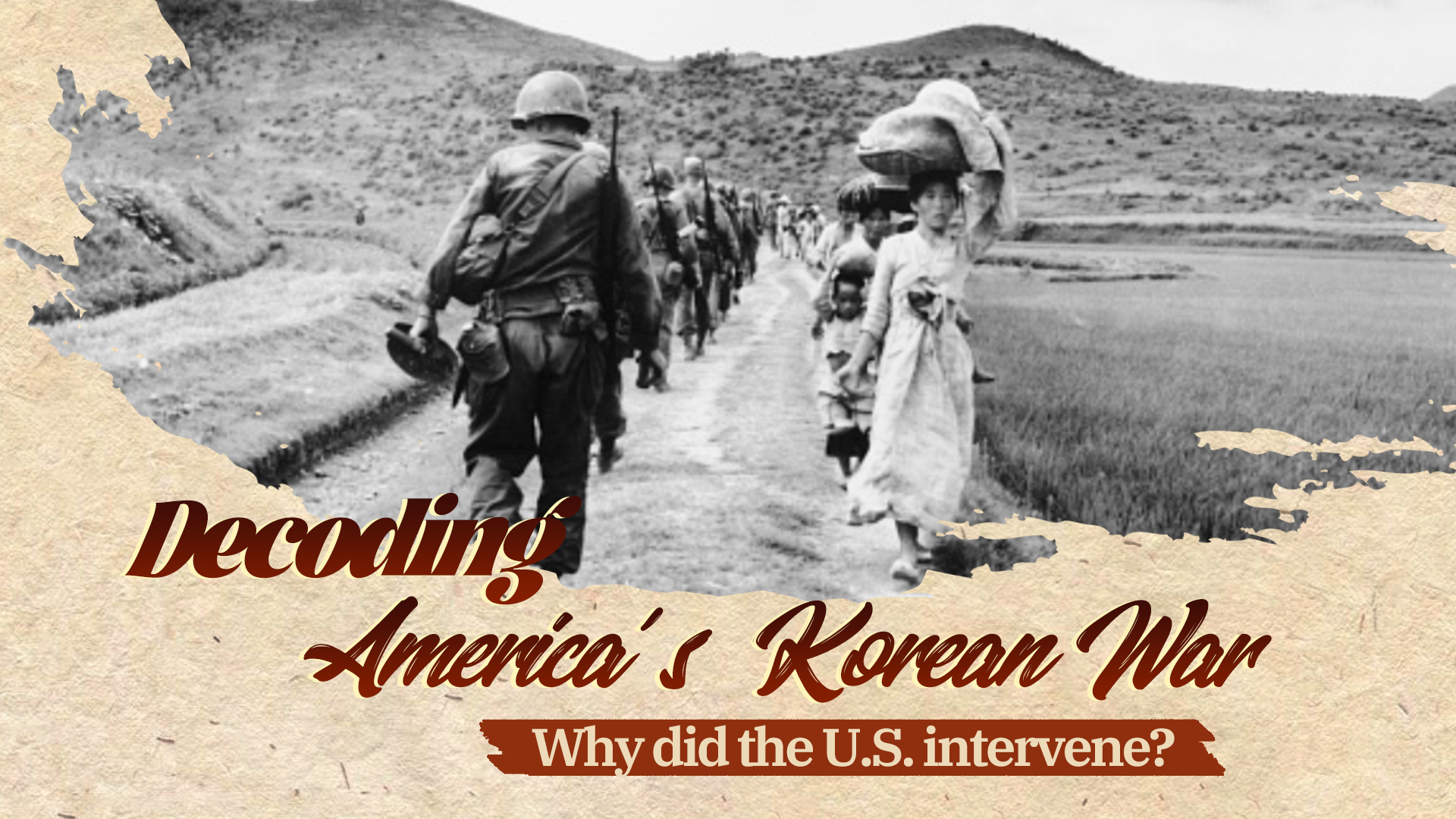 In its nearly 250-year history, the United States of America has not been at war for only 16 years. Among the numerous wars it launched or participated, the Korean War (1950-1953) is rarely mentioned. With the blood of approximately three million people shed on the Korean Peninsula, it was the first war that the U.S. did not win.

It became a "forgotten war" in U.S. history, as most Americans were reluctant to accept the armistice, due to the heavy price the U.S. and the United Nations forces paid in the three-year war. But if one takes an in-depth view of the Korean War, one will see that it was more of a war between different ideologies rather than a war to defend its ally as the U.S. proclaimed.

Shadow of the Truman Doctrine

Fighting a war in an exotic land thousands of miles away from home was not easy for the U.S. and the UN forces. It was tougher with the battlefield under the Soviet Union's nose. Nevertheless, the U.S. decided to intervene.

The decision, in the view of many international relations scholars, was made in the context of the U.S.-USSR confrontation, incited by the Truman Doctrine to deter the expansion of communism.

Announced by then U.S. President Harry S. Truman on March 12, 1947, the U.S. foreign policy under the guidance of the Truman Doctrine made the containment of the Soviet expansion its primary.

It viewed the socialist camp headed by the Soviet Union as "totalitarian regimes" that "coerced free peoples" and positioned the U.S. as a guardian to the "free world" that must "support free peoples who are resisting attempted subjugation by armed minorities or by outside pressures."

Rebuked by the Soviet Union as an open threat, the policy underpinned the American Cold War policy and divided the world into two camps. 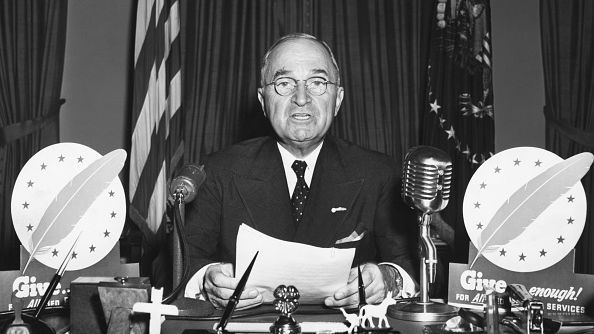 U.S. President Harry S. Truman speaks during a television address from the Oval Office of the White House in Washington, D.C., U.S. /Getty

U.S. President Harry S. Truman speaks during a television address from the Oval Office of the White House in Washington, D.C., U.S. /Getty

Power game under the grand strategy

The grand strategy the U.S. adopted at that time suggests that the U.S., with containment as part of its strategy, took the war on the Korean Peninsula as a war for power and dominance in Asia, and its rival was the Soviet Union.

At that time, power games between the U.S. and the Soviet Union were worldwide after the global reshuffle of power brought by World War II. Given that both sides were busy redrawing their sphere of influence, the U.S. found it necessary to fill the power vacuum in regions such as the Middle East and Asia despite the focus of its grand strategy being in Europe.

In that context, the Korean War was recognized as a war against Soviet geopolitical expansion, especially when the U.S. just suffered the Berlin blockade in 1948-49 and the collapse of the U.S.-backed Kuomintang regime in China in 1949, according to Du Yongxin, a scholar at Xi'an Foreign Language University.

Du believes when the war broke out on the Korean Peninsula in 1950, the U.S. found itself obliged to intervene to prevent a regional domino effect and rebuild the confidence in U.S. power among its allies. 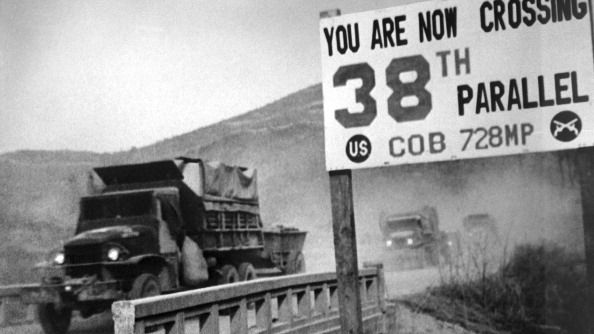 United Nations forces cross the 38th parallel as they withdraw from Pyongyang, capital of the Democratic People's Republic of Korea (DPRK), 1950, during the Korean War. /Getty

United Nations forces cross the 38th parallel as they withdraw from Pyongyang, capital of the Democratic People's Republic of Korea (DPRK), 1950, during the Korean War. /Getty

According to scholars, Washington believed the Soviet Union was behind the Democratic People's Republic of Korea (DPRK) and was concerned about the possible collapse of American influence in East Asia. It worried that if the DPRK unified the Korean Peninsula, Japan would be the next country to confront Soviet expansion, which would be harmful to U.S. dominance in the Asia Pacific region.

The point was confirmed in Truman's autobiography, in which he admitted that the major reason for the U.S. entering the war was to contain the Soviet Union.

Therefore, based on careful consideration, Truman ordered U.S. forces to help the Republic of Korea two days after the war broke out. The U.S. and the UN forces then intervened in the war, crossed the 38th parallel and invaded the DPRK in the name of "defending freedom," starting their three-year struggle in the mud of the Korean War.

(Cover: U.S. infantrymen go northward against a line of fleeing refugees, as they march into the Naktong River region during the Korean War. /Getty)