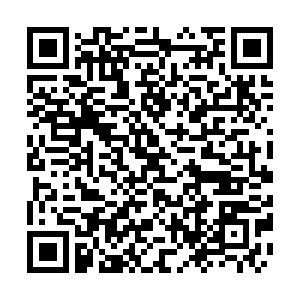 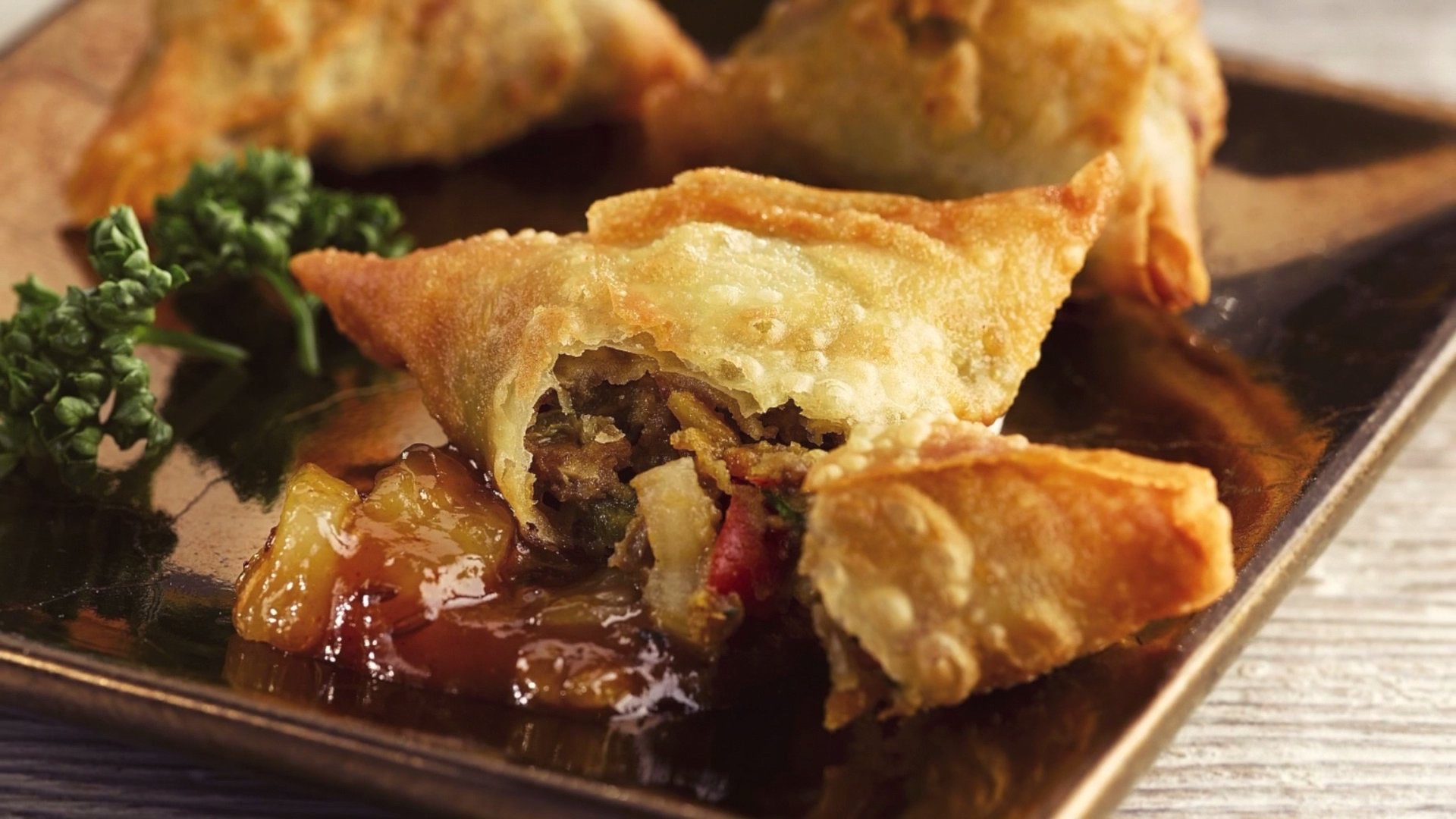 From tiny eateries to lavishly decorated restaurants, Beijing has played host to a number of Indian restaurants over the last two decades. Today in our series "Flavors of Beijing", we visit a restaurant offering Northern Indian staples, that has foodies across the city coming to get their fix of Indian flavors. Manager of the restaurant Chandan Kumar Bhanja shares how Indian food got popular in the capital through Bollywood movies.

This is Flavors of Beijing, a food crawl exploring the international cuisines bewitching local and expat foodies in China's capital. My name is Lyne Lin and I'm a foodie at heart. Today, we take a trip to an Indian restaurant sitting right above an Irish pub in downtown Beijing.

Much like Chinese gastronomy, Indian food is widely available around the world as a result of the Indian diaspora. Growing up in Canada, Indian cuisine was both an exotic treat for my girl's night out, or a quick snack I could pick up at the campus café in between classes.

Indian spices and food ingredients lay on the table. /CGTN

Indian spices and food ingredients lay on the table. /CGTN

The generous use of spices in Indian food always had me going back for more. But sometimes, the strong aromas and the rich mixture of ingredients can overwhelm an unfamiliar palate.

Chandan Kumar Bhanja, who's been in Beijing's food and beverage scene for close to eight years, says Indian food has only gotten popular with local diners recently.

"I think when I came here in 2015, less people liked Indian. Not only Indian food, maybe some other food also. But now I take a look around, all people, they like Indian food, Indian culture… Everything. Like Yoga. I think there's a big difference," Chandan Kumar Bhanja told CGTN.

"First of all, it's the movie. Indian Movie. Like Dangal. You know that's very famous in China and Bajrangi Bhaijaan so people watch Indian movies, and they get interested in Indian culture and Indian food," Chandan Kumar Bhanja explained.

Focusing on familiar themes such as family drama, education, the rural-urban gap and more, Indian films strike a chord with Chinese viewers. As for the Indian foods featured in these movies, they have certainly tickled Chinese taste-buds. 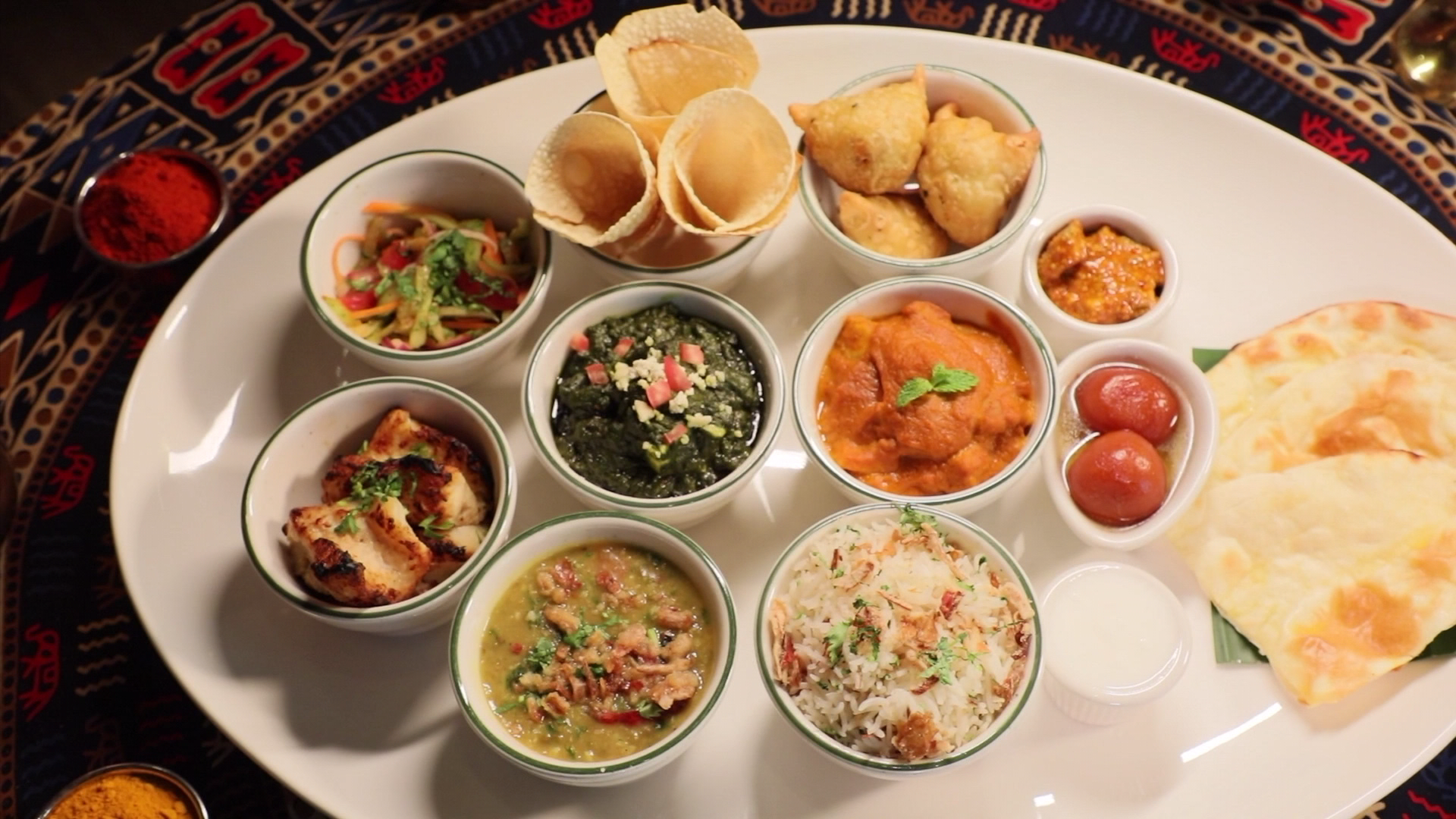 A northern Indian thali (or platter) on the table. /CGTN

A northern Indian thali (or platter) on the table. /CGTN

Chef Rabiul from Kolkata (formerly Calcutta) has worked in Beijing for close to six years. He says a number of Indian dishes are the most popular among Chinese diners. "Lot of Chinese people really love Indian cuisine, such as Indian curry, butter chicken, samosa, a lot of tandoori, the Chinese they really love it.”

Indian cuisine is an endless array of flavorful dishes, coming together through the subcontinent's varied culture and dynamic landscapes.  And today Chef Rabiul has served up a northern Indian thali for us: "Basically, thali means one round platter. Normally in India we serve thali with copper pot. We serve vegetarian and non-vegetarian [thalis]. But if we go to southern India or eastern India, they have their own version of thali. So today I present the north-Indian style."

This delicious platter which consists of lentil soup, butter chicken, paneer (Indian cottage cheese) and other signature dishes from northern India is nothing less than a grand feast. And to enjoy them the traditional Indian way, chef Rabiul says, I must eat with my hands.

And after multiple attempts, I have to confess this eating technique is an art that takes skill and practice to master… I need to use the dexterity of all my fingers to manage the food.

This traditional Indian eating practice is said to show respect and gratitude for the food, which often requires elaborate efforts to make.

And for a better understanding of how labor-intensive Indian cooking can be, chef Rabiul takes me into the kitchen and teaches how to make the world-renowned butter chicken.

It's a lot of vegetable dicing, mixing of spices… the right amount of spices, sautéing and more sautéing… frying and a lengthy period of simmering and swirling the mixture before an incredibly creamy and rich bowl of butter chicken makes its way to the table.