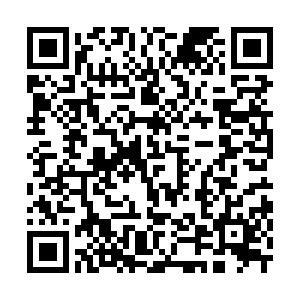 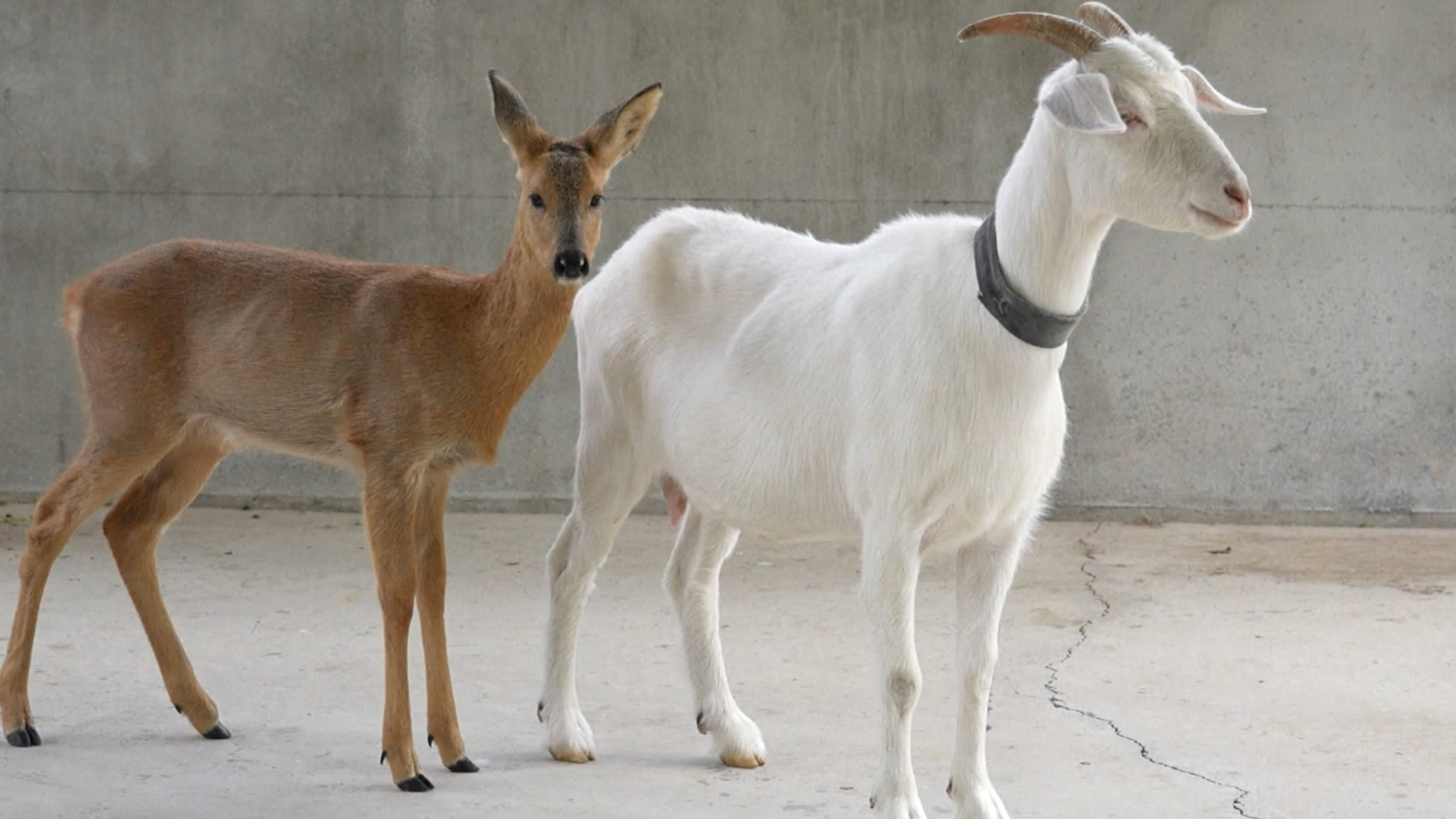 An orphan roe deer rescued by the Northeast China Tiger and Leopard National Park, a park straddling the provinces of Heilongjiang and Jilin, was raised up by a goat.

There is a special mother and son living in the rescue center of the national park. The mother is a goat while the son is a roe deer. Three months ago, the poor roe deer was sent to the rescue center because of a broken hind leg, and the goat, as the "wet nurse" of the little roe deer, came later.

"The roe deer lying on the ground quietly was found by a villager in a mountain. When it was sent to us, I found its hind leg injured and it was hard to tell whether it could survive. But I still insisted to feed it carefully. At first, I fed it the milk powder I bought, but soon, I found it always loose bowels. I had no other options and suggested our director to buy a goat to feed the roe deer," said Xue Yangang, worker of the Hunchun division of the management bureau of the Northeast China Tiger and Leopard National Park.

Xue said the mother goat was reluctant to feed the roe deer at first. But later she accepted the orphan and fed it with her milk. With the careful care of the rescue station staff, the fractured hind legs of the little roe deer gradually healed. Following the mother goat who nursed it, it tried to walk and run in the yard.

According to Xue, when the roe deer has the ability to survive in the wild, they will release it to nature.