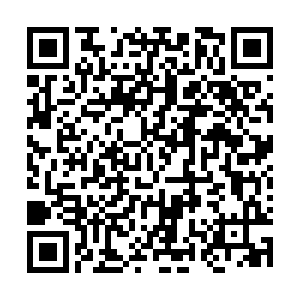 According to the report, the test-launch was conducted by the DPRK's Academy of Defence Science on Tuesday morning.

"The new SLBM will greatly contribute to our country's defense technology advancement and the Navy's underwater operational capabilities," the report said.

The Republic of Korea (ROK)'s military said Tuesday that Pyongyang fired a short-range missile believed to be an SLBM from the vicinity of Sinpo, where its main submarine shipyard is located, adding it flew about 590 kilometers at a top altitude of around 60 kilometers, according to a report of the Seoul-based Yonhap news agency.

This is the eighth known major missile test by the DPRK so far this year, Yonhap reported.

Meanwhile, Sung Kim, U.S. special representative for the DPRK, made a new appeal on Monday for talks with the DPRK, insisting the United States has no hostile intent.

"We will seek diplomacy with the DPRK to make tangible progress that increases the security of the United States and our allies," Kim said when meeting Noh Kyu-duk, ROK's special representative for Korean Peninsula peace and security affairs, in Washington ahead of a three-way meeting on Tuesday with senior Japanese official Takehiro Funakoshi.

DPRK's leader Kim Jong Un last week blamed the U.S. for sanctions, dismissing Washington's assertions that it does not have hostile intentions.