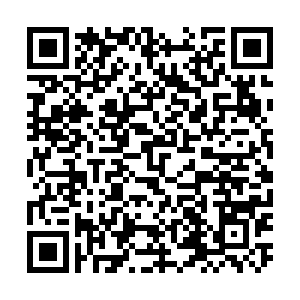 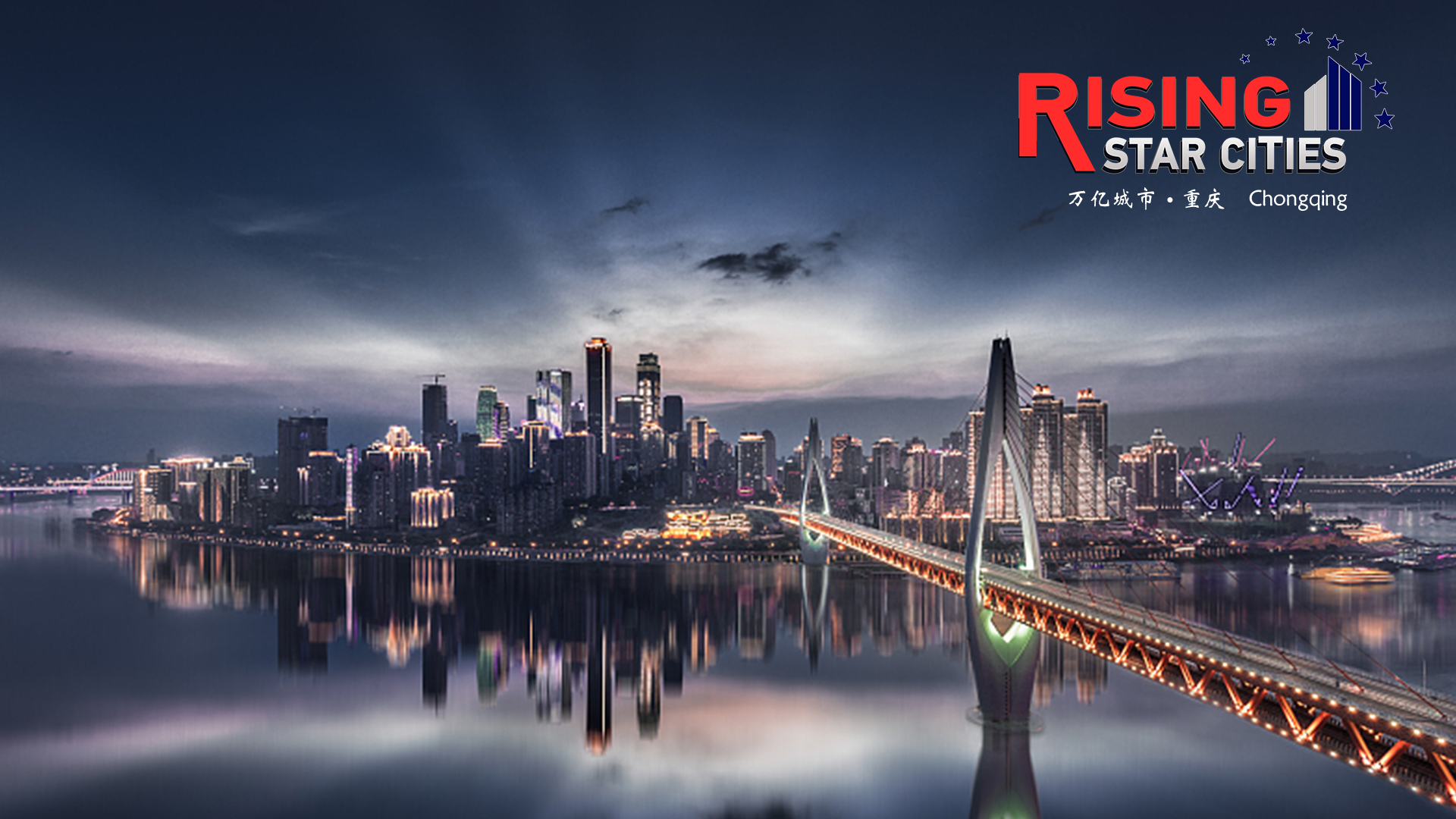 Manufacturing in Chongqing is undergoing a digital metamorphosis. Its image as an old industrial base of China is rapidly giving way to Chongqing redefining itself as a leader in advanced manufacturing.

Chongqing is steadily realizing its vision of becoming one of China's most important advanced manufacturing centers. But it's not just about being among the best in China. The municipality has its sights set squarely on building three world-class advanced manufacturing clusters in the information and communications technology, automotive and equipment-manufacturing industries. This city is well on its way in deepening the integration of its digital economy with its defining trademark of being a manufacturing powerhouse.

The welding workshop of Changan Auto is a national-level intelligent manufacturing demonstration project and a digital workshop in Chongqing. It has 486 robots and can produce one vehicle per minute. The welding workshop at this particular plant is at the forefront of automation, with an automation level of 92 percent, said Tao.

Changan Automobile has set the goal of manufacturing a high-level autonomous vehicle in just four years' time. By 2025, Changan Automobile plans to achieve 100-percent voice control in cars, and mass production of Level 4 autonomous driving that frees up a driver's hands, feet, and eyes. Changan also plans to have new energy vehicles account for more than 25 percent of production. 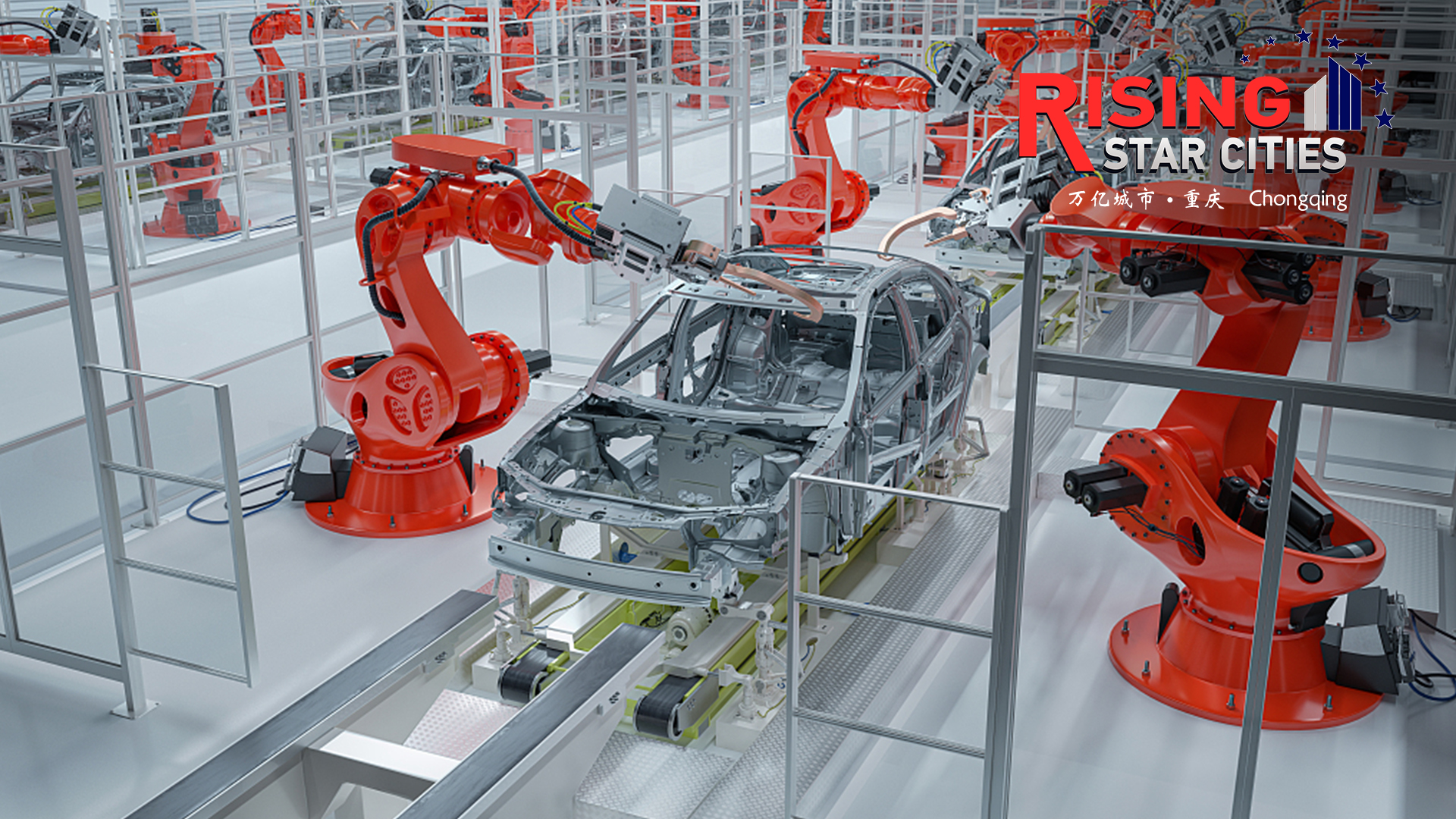 Smart EV brand SERES has built its plant in Chongqing Liangjiang New Area, with more than 1,000 robots that can operate automatically 24/7.

SERES was co-founded by Sokon, a Chongqing-based new energy vehicle company, and tech giant Huawei in 2020. The two firms aim to speed up intelligent manufacturing in the automobile industry in Chongqing.

Zhang Zhengping, the rotating chairman of Sokon group, told CGTN that the firm was the first and only EV maker to support Huawei's smart EV project back in 2018. Over the years, Sokon and Huawei have shared research knowledge on intelligent vehicle building.

"We have partnered with Huawei to deeply integrate our technologies, products and distribution channels to empower each other and to provide our customers with high-performance, intelligent mobility solutions," Xu Lin, chief technology officer of Sokon Group, said. "We jointly developed the Huawei SERES SF5 EV model that can travel over 1,000 kilometers on a single charge while using less energy and not sacrificing speed."

Besides having the hardware necessary to upgrade and digitize its manufacturing sector, Chongqing has an overall development strategy that acts as a powerful amplifier to turbocharge its factories.

Regional synergies have been brought about by the development of the Chengdu-Chongqing economic circle. Chongqing, a center of operation for the New International Land-Sea Corridor – a major departure city for the China-Europe Railway Express –  has shown its commitment to research and development as well as attracting top-level talent to support the city's manufacturing ambitions.

(Lu Jingran contributed to this story)