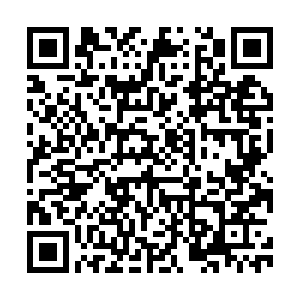 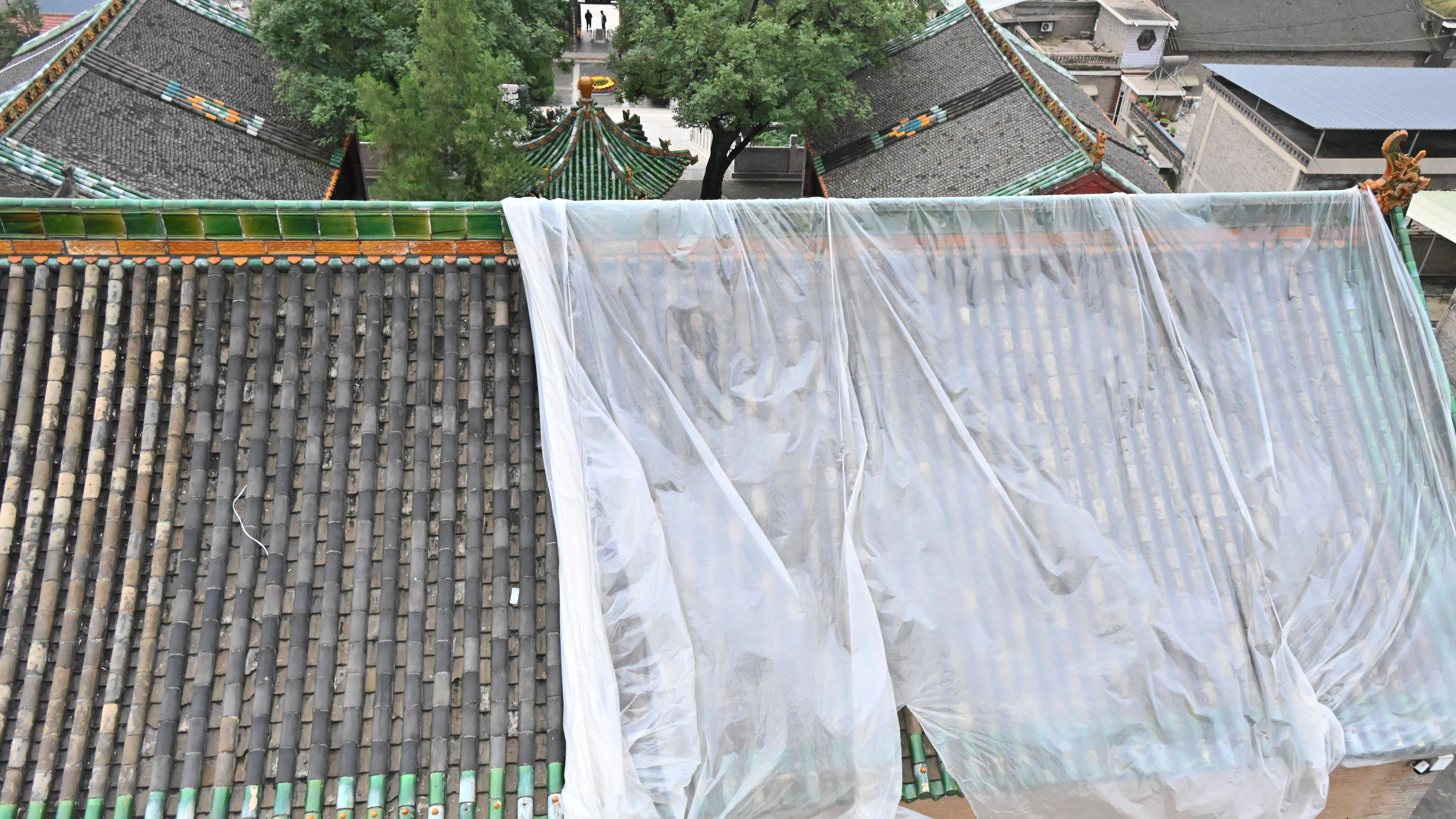 Xiao Jun is very concerned about his hometown these days. Days of continuous heavy downpours in north China's Shanxi Province earlier this month have left over 1,700 ancient buildings and cultural relics damaged.

In Pingyao, known as one of the most well-preserved examples of a traditional Han Chinese city, the flood had caused the partial collapse of its famous ancient city walls, which date back to the 14th century.

"The damage of these precious buildings made me distressed," said Xiao Jun, a Shanxi native who grew up in the provincial capital Taiyuan.

Roof leaks appeared at Jinci Temple, one of the oldest surviving Chinese altar gardens. Tianlongshan Grottoes, home to several Buddhist sculptures, and the Mengshan Kaihua Temple, which depicts the architectural style of the Song Dynasty (960-1127), also had leaks.

The rescue and repair work on the buildings damaged by the rain is still ongoing in Shanxi, which is accustomed to drier weather. Heavy rains have started in northern China since July, including the heavy rainstorm in the central China city Zhengzhou that left more than 300 people dead or missing. In early October, the average precipitation in Shanxi was three times more than the average monthly precipitation. 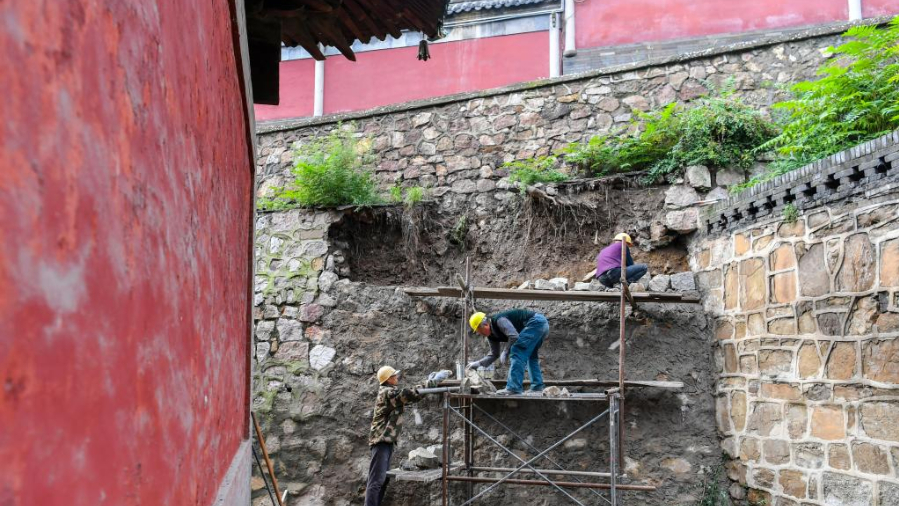 With its vast amount of ancient architectural remains, Shanxi has been dubbed the "Museum of ancient Chinese architecture." A total of 50,000 registered unmovable cultural relics, including 28,027 ancient buildings, are preserved in the province, according to Shanxi Culture Relics Bureau.

Many of the structures were built with exquisite architectural techniques, like the Hengshan Hanging Temple that clings to a cliff over 50 meters above the ground. The architecture has survived thousands of years and was selected as one of the world's "Top 10 Most Precarious Buildings" by Time magazine in 2010.

"I remember when I was about four or five years old, I got an acting role on a historical TV series near Doctor Dou Temple close to my home," said Xiao Jun. "As I grew up, I began to have an affinity for these historical architectures."

The Doctor Dou Temple was built to memorize Dou Chou, a government official in the Jin Dynasty in the Spring and Autumn Period (770 to 476 BC), best known for his heroic effort in battling a devastating flood. Fortunately, the temple was not affected much this time since it was registered as a  national key cultural relics and was under better protection from the state government. 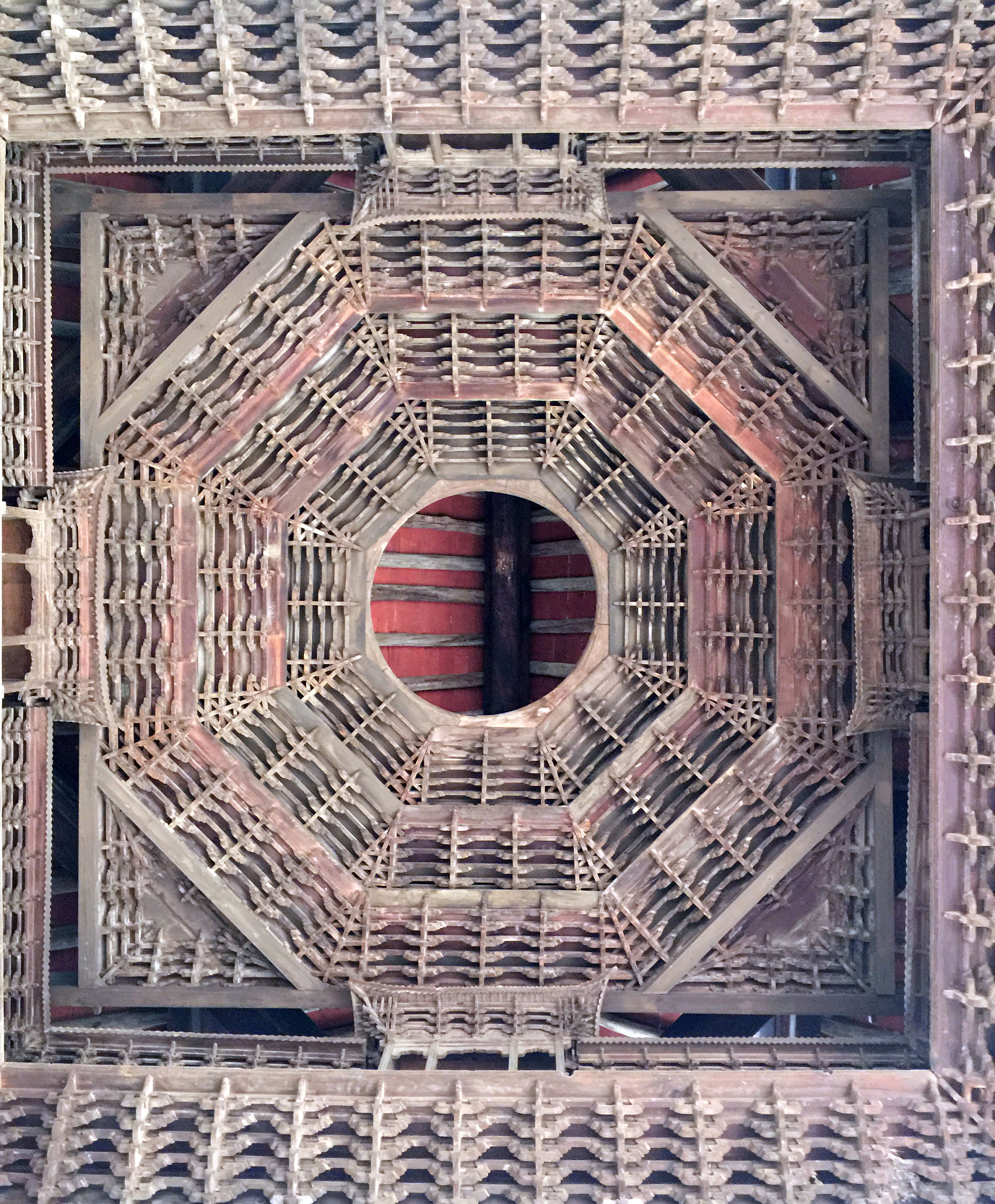 A view of the wooden roof structure of the Doctor Dou Temple in Taiyuan, Shanxi Province, north China. /VCG

A view of the wooden roof structure of the Doctor Dou Temple in Taiyuan, Shanxi Province, north China. /VCG

From 2016 to 2020, the state and local governments have invested over one billion yuan ($155 million) in the maintenance and emergency protection of ancient buildings. Technology is applied to their preservation and includes such methods as digital image restoration of ancient plastic murals. But a lack of professionals, partly due to the difficult and lengthy training process, remains a problem.

The situation of sites with local-level government protection is worse compared with those under state-level protection. Most ancient buildings that have suffered structural damage are those that are not registered and require two or three years of restoration work, according to experts.

"Not only should we focus on key cultural relics, but also pay attention to unregistered relics in remote areas," said Li Guorong, a researcher at the First Historical Archives of China (SHAC). "No single relics should be left."

"The protection of cultural relics requires the establishment of emergency plans, especially those below the county level," said Li. "We need to have emergency measures to prevent these relics from natural disasters like floods, fires, cyclones and earthquakes." 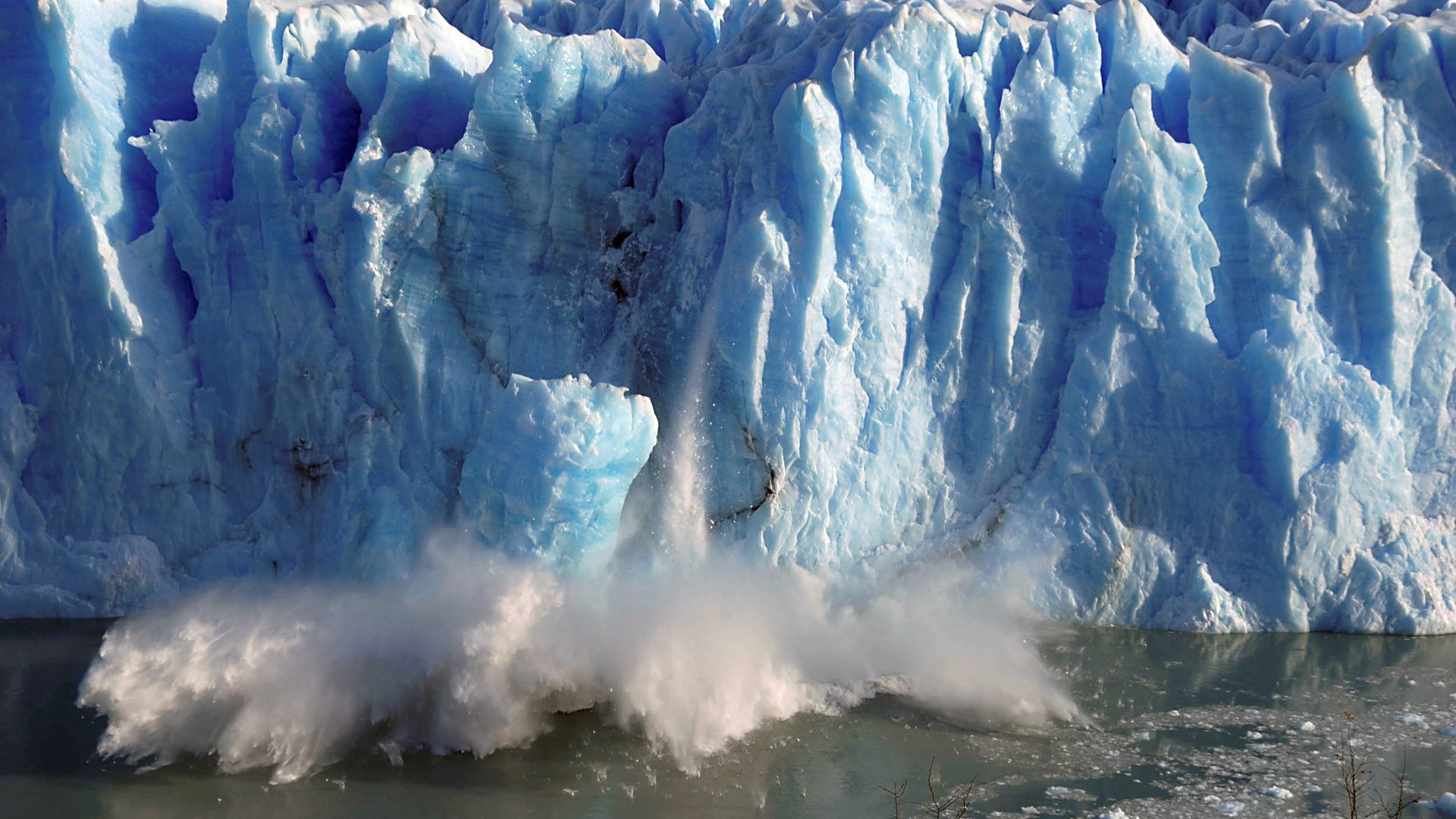 Splinters of ice peel off from one of the sides of the Perito Moreno glacier near the city of El Calafate in the Patagonian province of Santa Cruz, southern Argentina, July 7, 2008. /Reuters

Splinters of ice peel off from one of the sides of the Perito Moreno glacier near the city of El Calafate in the Patagonian province of Santa Cruz, southern Argentina, July 7, 2008. /Reuters

The number of disasters driven by climate change have increased by four times during the past five decades, according to the World Meteorological Organization (WMO). The storm that flooded Germany and Belgium, the wildfires in Siberia and the severe heatwave in Canada this year reflect a global trend of increasing frequency of extreme weather. The Center for Climate and Emergency Solutions (C2ES), an environmental nonprofit organization, noted that a warming world is causing more intensified and frequent extreme weather events.

In the U.S., roughly 13,000 archaeological sites could be damaged by the end of this century due to thawing permafrost and rising sea levels, according to a study based on the Digital Index of North American Archaeology (DINAA). It includes the Trujillo Adobe, which was constructed in 1862 and now serves as a testament of migration and settlement in southern California, and the Bering Land Bridge National Preserve on the western coast of Alaska, home to archaeological artifacts that record the first human to inhabit North America.

Meanwhile, the northeast region of the U.S. is likely to experience at least a 40 percent increase in heavy rain events by the end of the century, according to National Oceanic and Atmospheric Administration. The region has already witnessed a 55 percent increase in past decades.

Coastal areas in other parts of the world will also see continued sea-level rise throughout the 21st century that leads to more frequent coastal flooding, according to the Intergovernmental Panel on Climate Change (IPCC). Extreme sea-level events that happened once in 100 years are likely to occur every year by the end of this century.

The Furness Abbey, one of the largest and wealthiest monasteries in northwest England, has experienced increased erosion. Meanwhile, coastal erosion in southeast England continues to affect the medieval town of Dunwich. Once one of the 10th largest towns in England, it has largely disappeared into the sea.

(Pseudonyms are used for all interviewees, except the experts, in this piece to protect their privacy.)