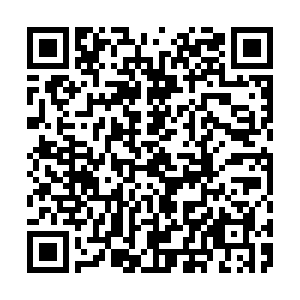 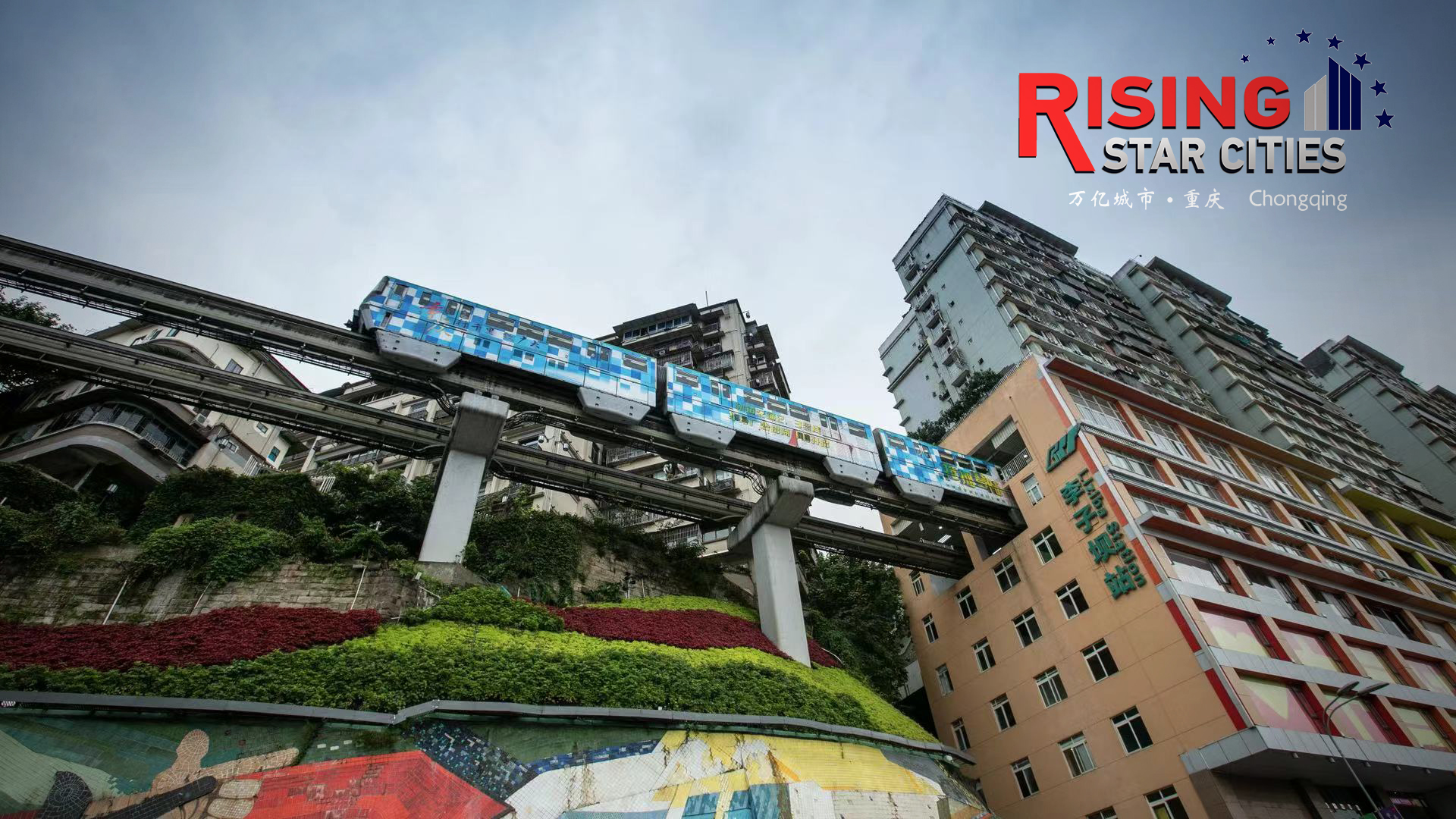 Every day, thousands of people go to Liziba monorail station, not for public transportation but to take pictures of trains passing through a 19-story building.

The station is located in southwest China's Chongqing Municipality, which is also known as China's "Mountain City," due to its varying heights. The city is built around hills and skyscrapers in the urban area.

From around 2012 to 2013, Liziba Station has become a "tourism mecca" for visitors, and pictures and videos of the scene have gone viral on the internet.

The man behind this project, Ye Tianyi, a teacher in the College of Civil Engineering of Chongqing University, never thought that one day his work would become one of the city's most-visited tourist spots. 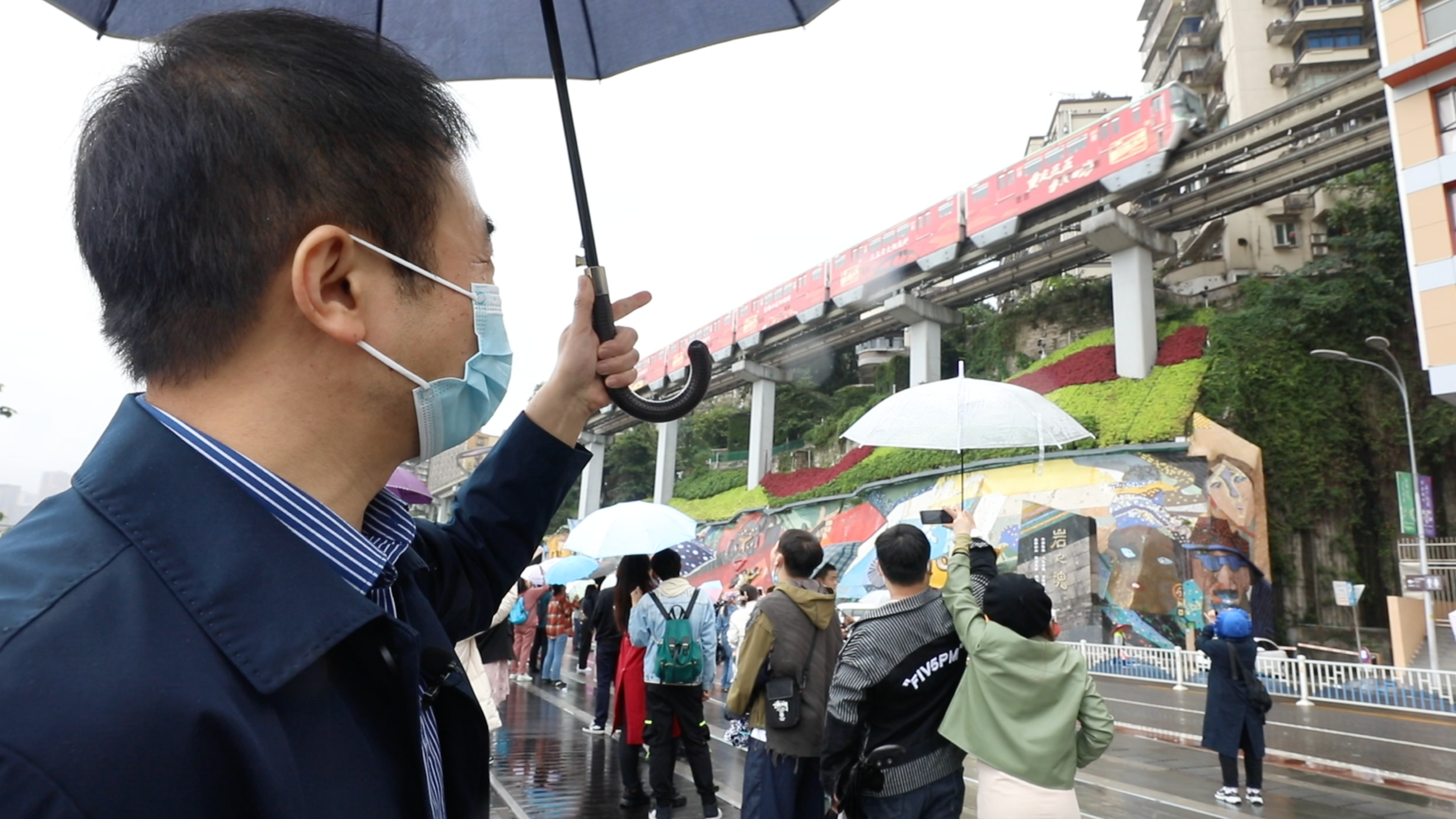 Ye Tianyi, a teacher at the College of Civil Engineering of Chongqing University, is the person in charge and structural designer of Liziba railway station, Chongqing, China, October 16, 2021. Zhao Yuxiang/CGTN

Ye Tianyi, a teacher at the College of Civil Engineering of Chongqing University, is the person in charge and structural designer of Liziba railway station, Chongqing, China, October 16, 2021. Zhao Yuxiang/CGTN

"All of a sudden, many journalists, or TV [reporters], came to interview me," said Ye. "I didn't expect it in the first place."

Ye took over as the person in charge and the structural designer of the Liziba Station construction project in 1998. The land was bought and to be developed by a real estate company. However, according to the Chongqing Rail Transit Line 2 plans, a stop needed to be set at the site.

The stop could not be moved because there is a 20 to 30-meter-high slope lying in the north, which left no extra space, and the Jialing River is in the south, Ye told CGTN.

After negotiations, the Chongqing Rail Transit Group and that real estate company agreed to develop Liziba together. A team led by Ye took two years to finish the design. 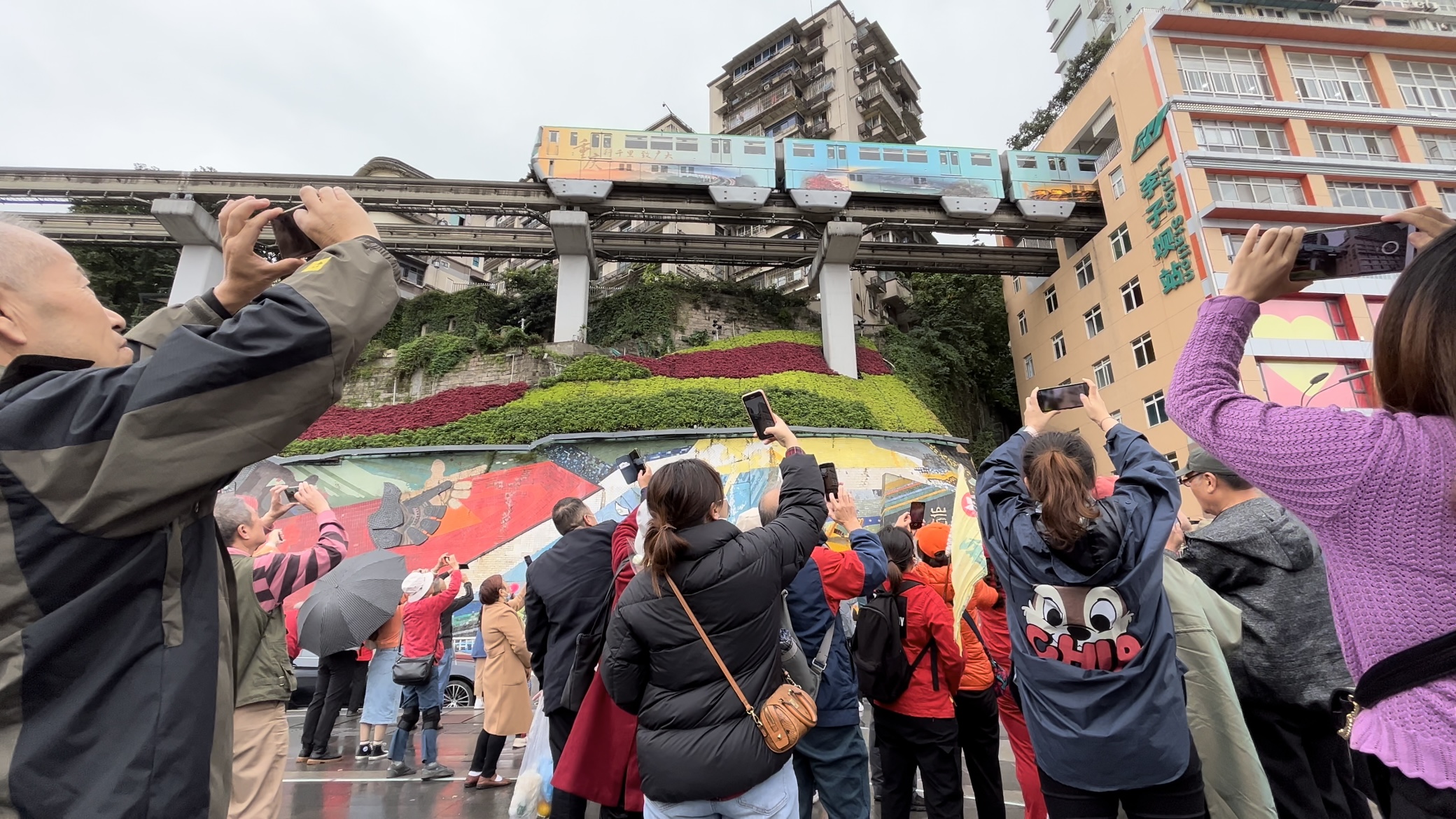 "The most difficult part is communication," Ye said.

He had to attend two to three meetings with the local government and the real estate company every week to ensure his design was feasible.

Ye had to follow the construction rules of civil building while remaining clear that he was also developing a railway station.

"Many official departments hesitated to allow us to 'cross the line' in this special project at first," Ye recalled.

The Chongqing Municipality government eventually sent out a message that allowed Ye's team to "handle special cases with special methods."

In 2001, simultaneous construction began on both the station and building, and the monorail platform and facilities were built between the sixth to eighth floors.

Ye said the project would have been impossible if either structure had existed in that spot before the other.

The monorail officially started to run in 2006 after three years of trial operation.

Chongqing became a municipality in 1997, and Ye said he feels happy that he could "contribute a little bit" to Chongqing's development.