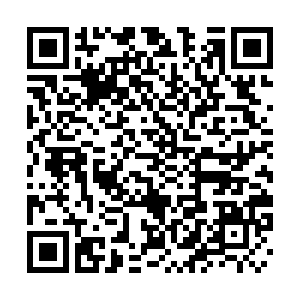 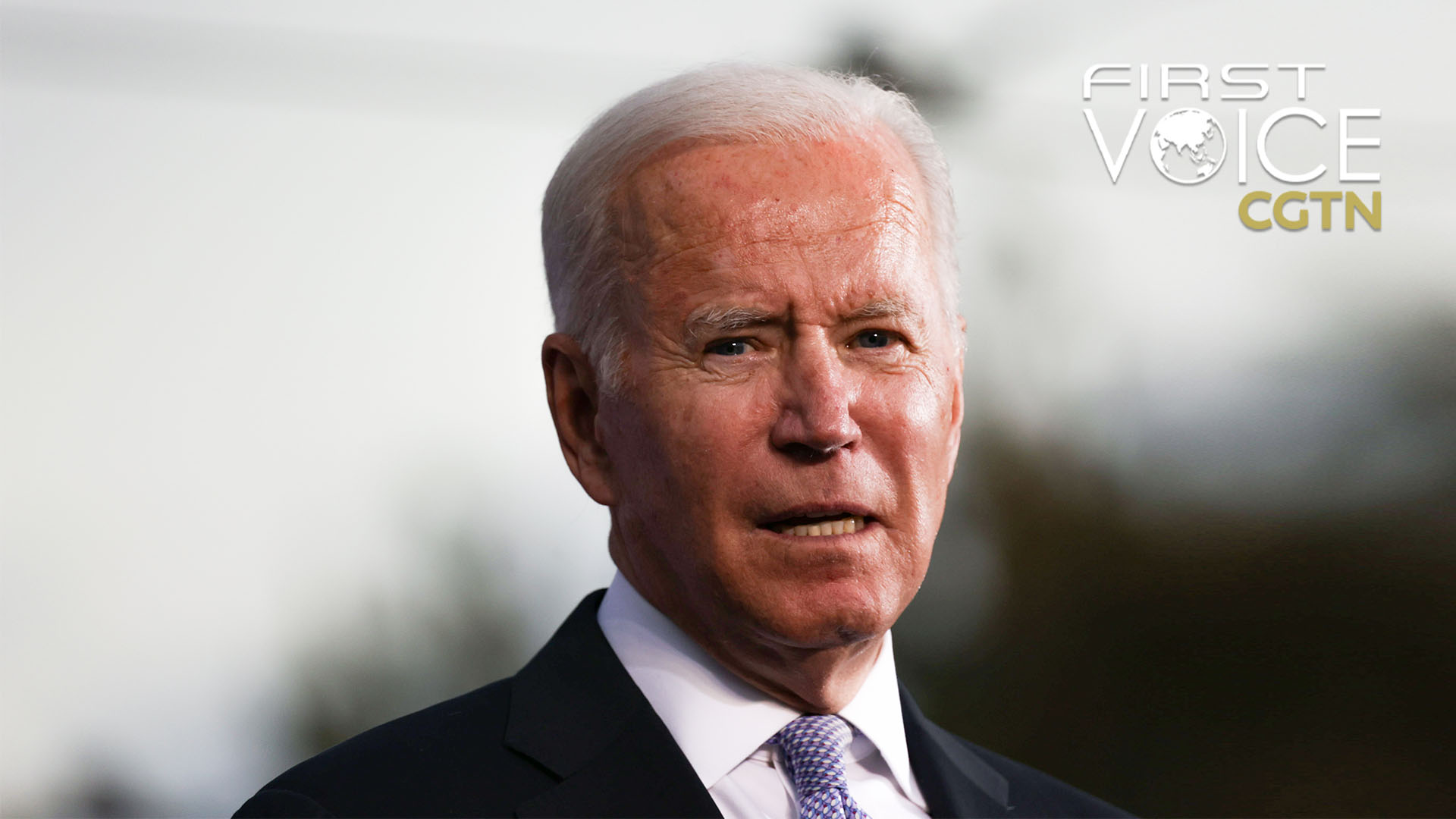 During a town hall event on October 21, U.S. President Joe Biden turned up the pressure in the Taiwan Straits. He asserted that the U.S. has a commitment to defend Taiwan in case of an "invasion" from the Chinese mainland. He made the assertion twice during the event, seemingly abandoning the long-held U.S. policy of "strategic ambiguity" — refraining to commit to helping Taiwan in case of a conflict.

Biden was once a proponent of strategic ambiguity. He wrote in the Washington Post in 2001 when he was still the Senator of Delaware: "The United States has not been obligated to defend Taiwan." He explained that the policy of strategic ambiguity exists so that the Taiwan issue wouldn't have the ability "to draw us into a war."

However, things have changed, and it appears Biden is itching to settle the Taiwan-related issues by going along with separatists' agenda. Chinese President Xi Jinping had said that China does not renounce the use of force in the process of reunification. So why is Biden destabilizing the region by repeatedly telegraphing to Taiwan separatists and China's leaders that the U.S. is ready to fight? What has changed in Biden's mind over the past two decades to make him shift from advocating for strategic ambiguity to giving it up and letting Taiwan separatists determine when and where the U.S. will fight?

The biggest change is probably that bashing China is now good politics — and Biden's administration is very much in need of a lift. Painting China as a threat and vowing to slow China's rise by any means necessary is one of the only issues on which Democrats and Republicans agree. Biden may even think a war with China would help him at the polls, where his administration is suffering due to its mishandling of the COVID-19 crisis, the Afghanistan debacle, and political infighting that prevents Democrats from turning Biden's agenda into law. 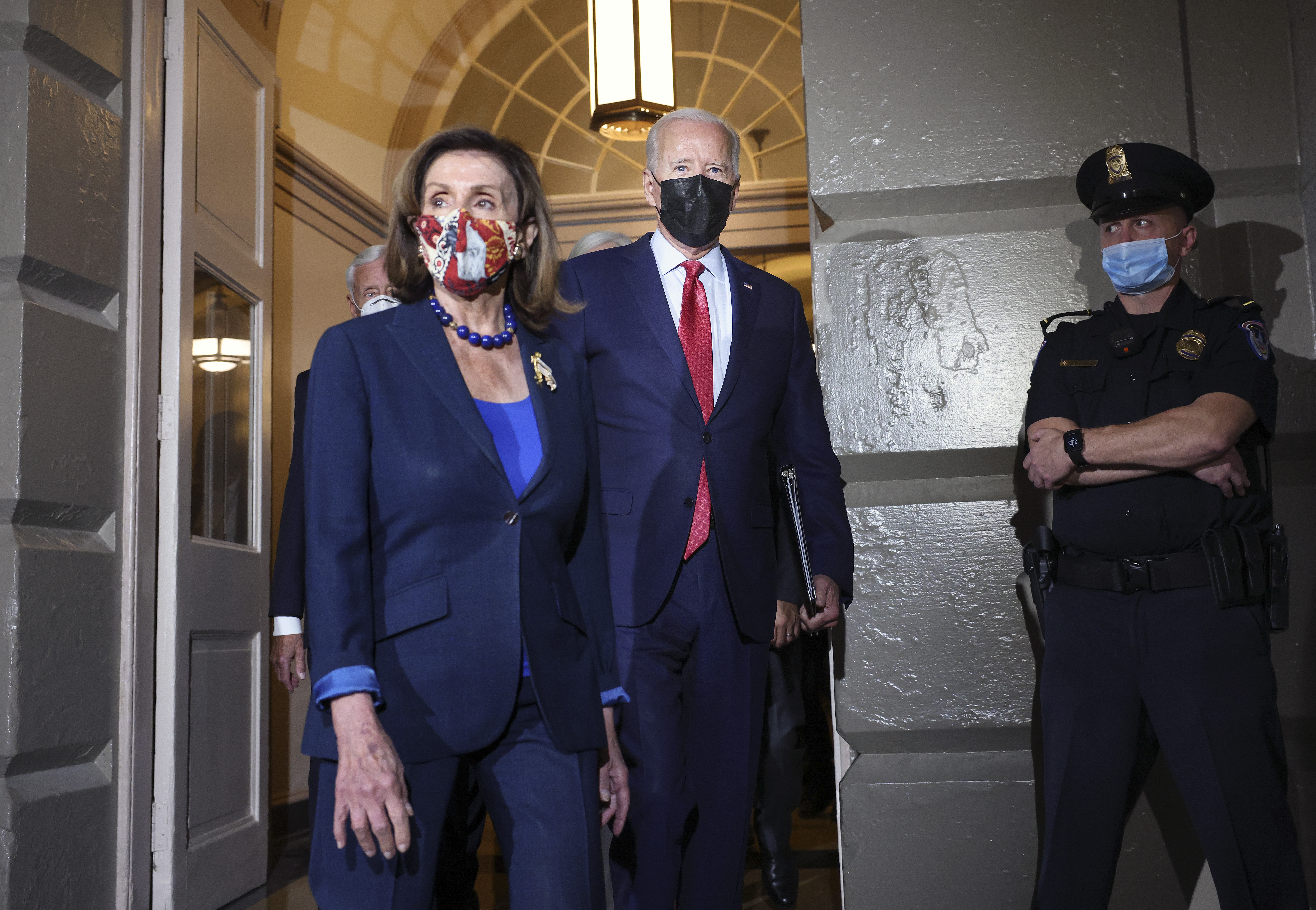 President Joe Biden (C) walks with Speaker of the House Nancy Pelosi as he arrives to meet with House Democrats at the U.S. Capitol in Washington, D.C., October 1, 2021. /Getty

President Joe Biden (C) walks with Speaker of the House Nancy Pelosi as he arrives to meet with House Democrats at the U.S. Capitol in Washington, D.C., October 1, 2021. /Getty

And in Biden's version of reality, the United States is just trying to maintain the status quo across the Taiwan Straits. However, this is a deliberate lie. The U.S. under the Trump and Biden administrations has been incrementally undermining the one-China policy by increasing ties with Taiwan's separatist officials. This includes the unprecedented decision to invite Tsai Ing-wen's top officials to Biden's inauguration. Biden's remark on U.S. obligation is another step of inflating tension.

Tsai and her DPP officials might be delighted to use U.S. military support to fulfill their long-time dream of separating the island from the mainland. However, just because the U.S. is talking tough does not mean it would truly come through and sacrifice its soldiers for a war halfway around the world that it would not benefit from and could not win. The U.S always cuts and runs on its allies. How could the situation with Taiwan separatists be any different?

And for Biden, making such a comment at this moment is derailing all the good will that both China and the U.S. labored mightily to build up over the past couple of months. China and the U.S. are talking about having a meeting between both countries' leaders – an event that hasn't happened since Donald Trump took the U.S. into a trade war with China. Does the U.S. want to abandon this chance for greater conciliation between the two countries? If the U.S. continues trying to change the status quo and undermine the one-China principle, it wouldn't be just the summit that's in jeopardy, but the entire East Asia.

Biden's words have made U.S. the gravest threat to peace and stability in the Taiwan Straits and in the China-U.S. relationship. It's going to take more than a simple act of the White House walking back his comments to remedy it. But, given all the talk about respecting one-China policy and acts to undermine it that have already happened, one has to question: Does Biden even want to remedy it? Or is this actually the intention all alone?