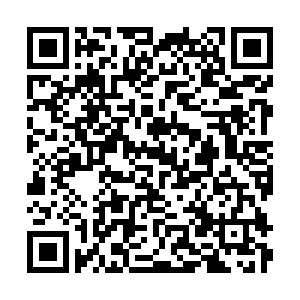 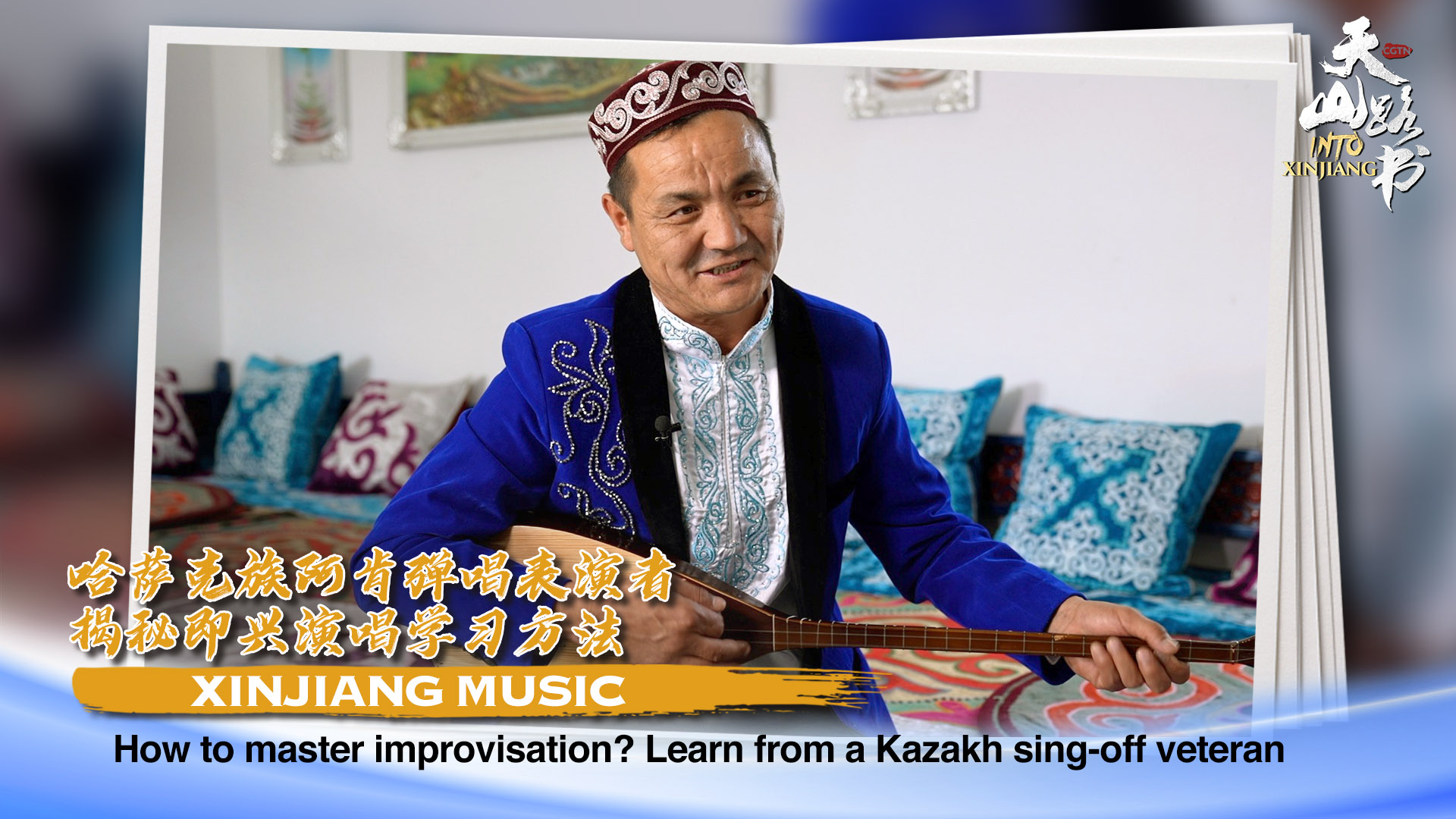 Jagalbek Baibahet, a 39-year-old Kazakh, is an ordinary man with an extraordinary talent.

Living in the village of Sarhum in Fuhai County, the very northern part of Xinjiang Uygur Autonomous Region, he has practiced Aken Aytes for 26 years. Decades of diligence have taken him to the stages of many Aken Aytes contests and earned him numerous awards. 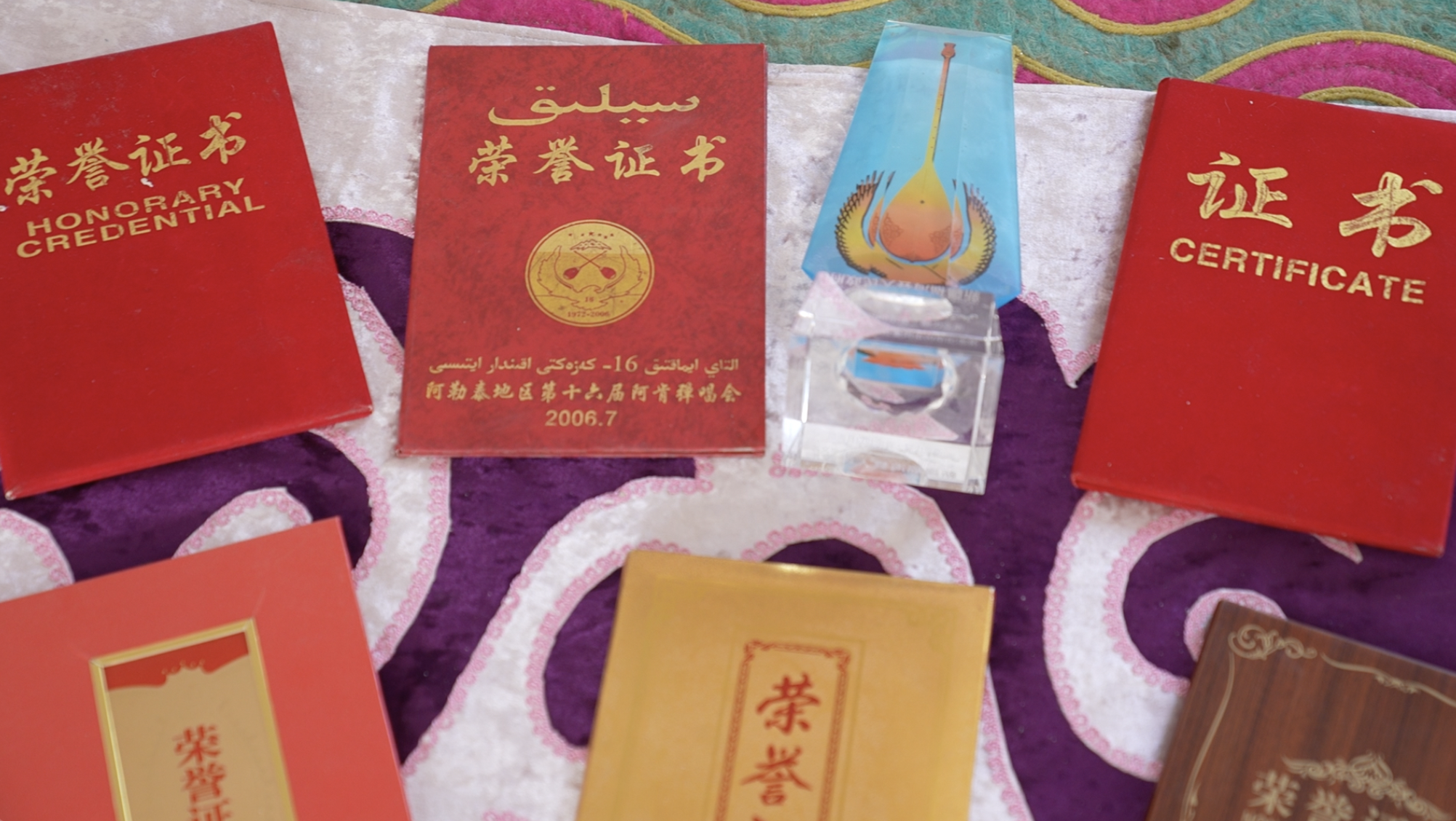 Aken Aytes, or Aken Songs, is a folk art form popular among the Kazakh ethnic group. It features impromptu music performances by singers playing a Kazakh symbolic musical instrument – the dombra – in traditional Kazakh attire. Learning to play the dombra is the first step to mastering Aken Aytes. 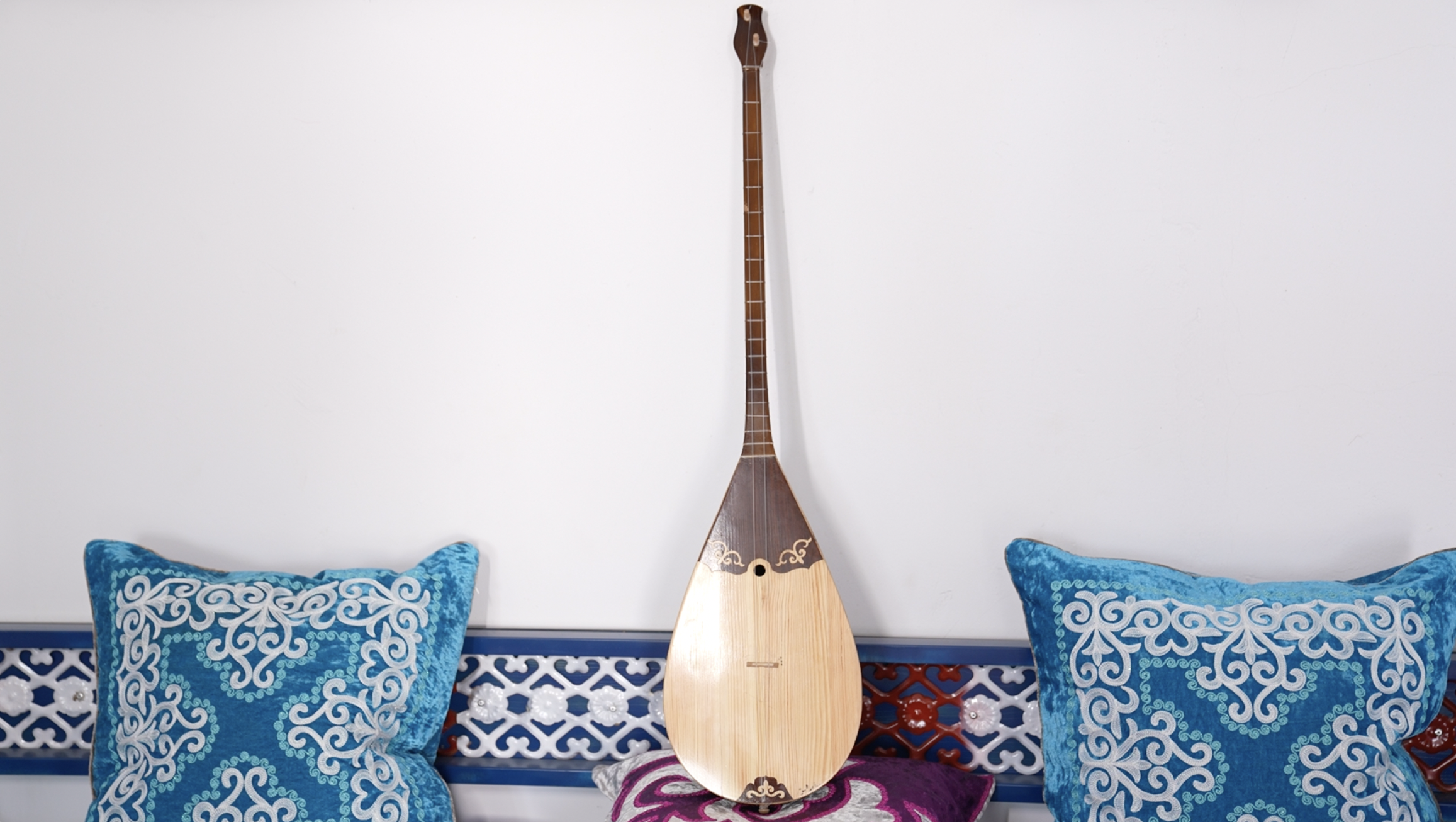 The performer is also called an Aken, which means "poet" in Kazakh. "Aken" represents the embodiment of wisdom in Kazakh culture.

Being an Aken is challenging as the art usually takes the form of a sing-off, where two or more Akens exchange lyrics in an antiphonal style. To have the best performance, an Aken must have a rich knowledge of culture, history, literature and even the latest government policies.

Most importantly, they have to respond quickly and outwit opponents until they are lost for words. 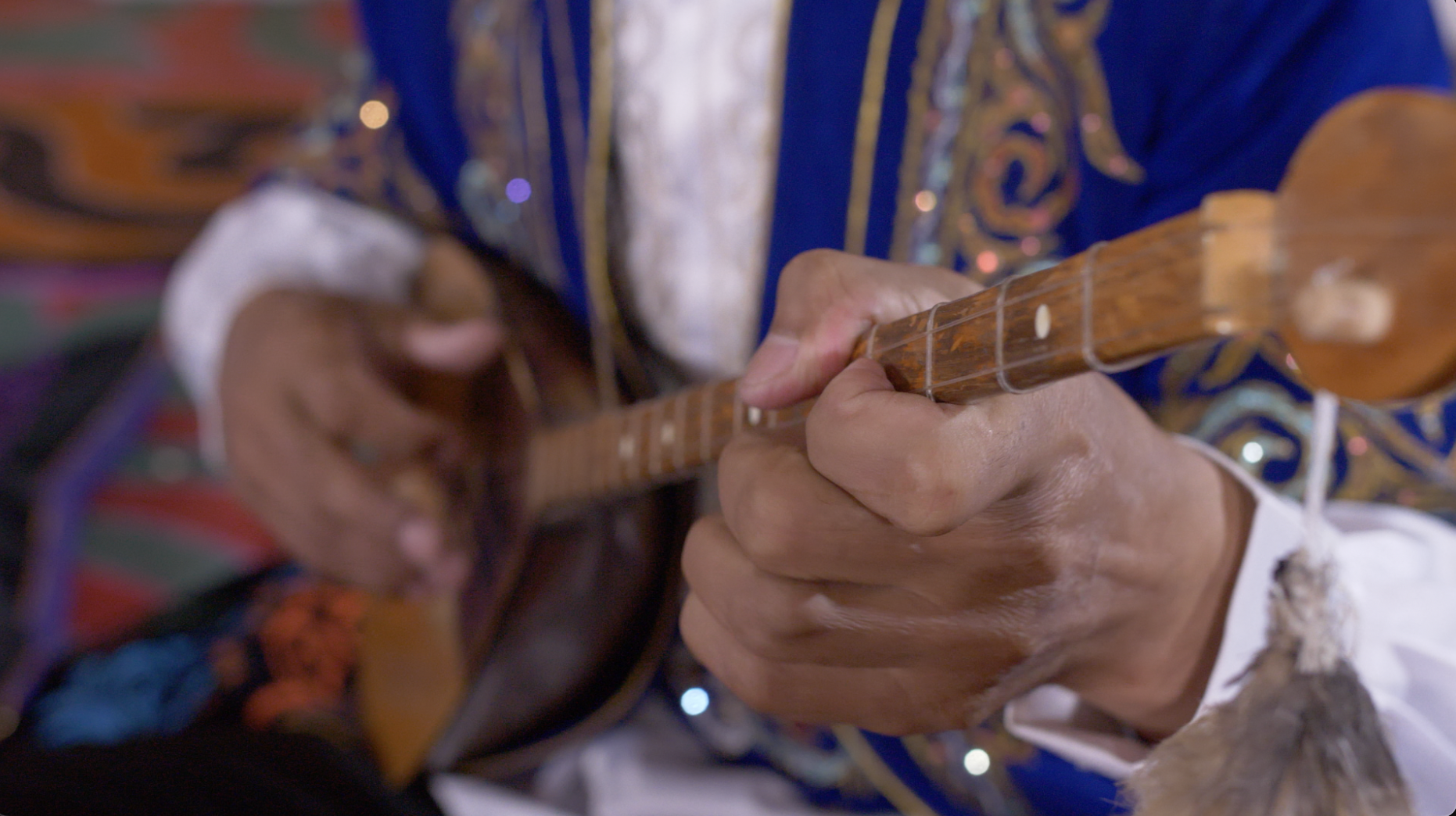 "Playing dombra or singing itself is not demanding. The most difficult for Aken Aytes is the battling part as you never know what your opponent will sing and you have to respond quickly," Jagalbek told CGTN during an interview at his home in Sarhum.

"But that's also what makes the Aken Aytes amazing. If it's just always one person singing, it would be very dull." 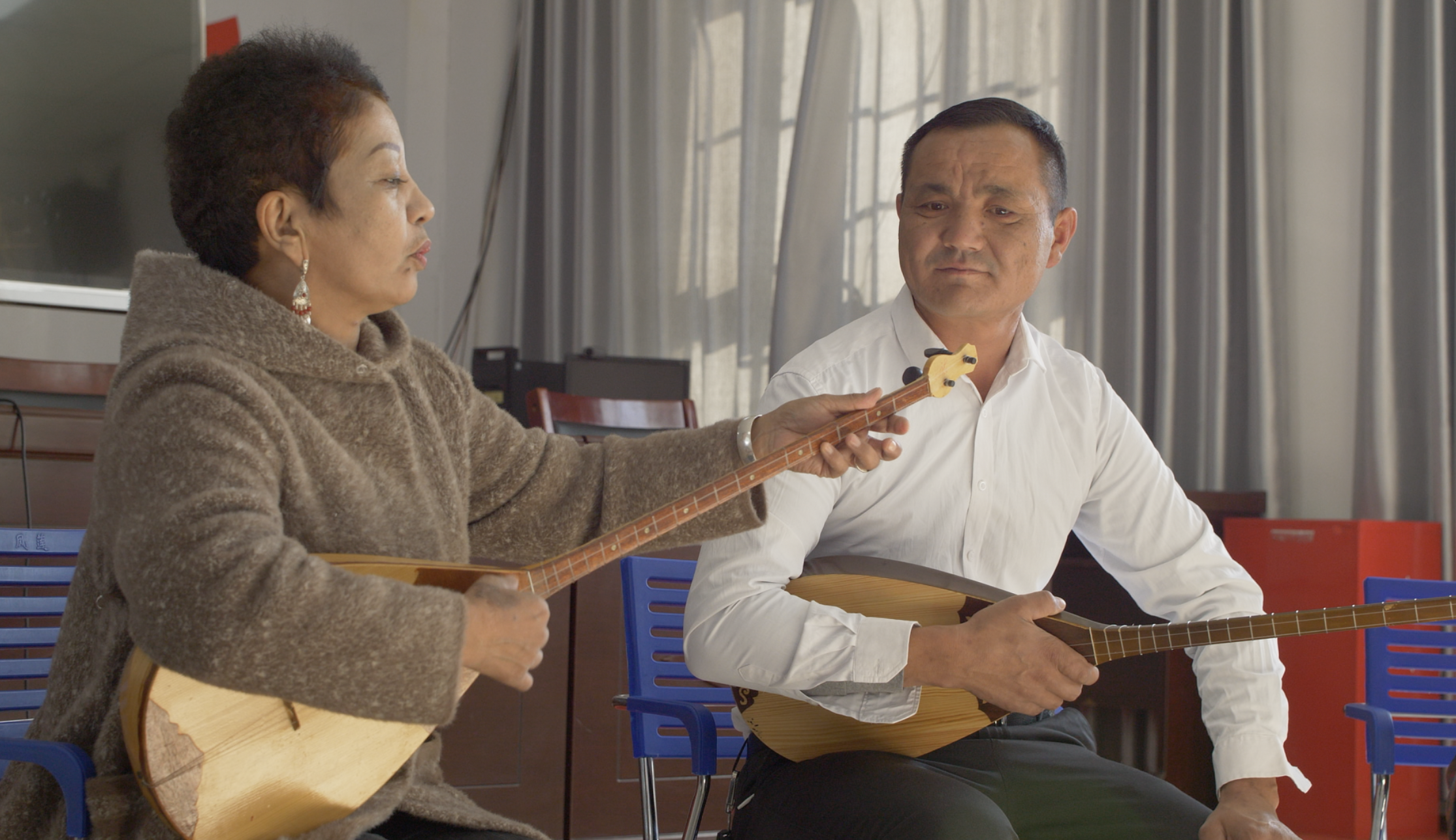 Jagalbek spends an hour reading books daily and writes down what he's learned. "I'm reading a lot – history, nature, literature, geography, almost everything. I also talk to the old people who know a lot about the past. They tell me the stories, and I make them into lyrics," he said.

Music flows in Kazakh people's veins. Many locals like Jagalbek start to learn the Aken Aytes at a very young age. He told CGTN that they learn the art form from their parents, cousins and neighbors. "Usually, kids who have reached 12 years old should attend an Aken Aytes contest of whatever scale. That's very important for them to progress," he said. 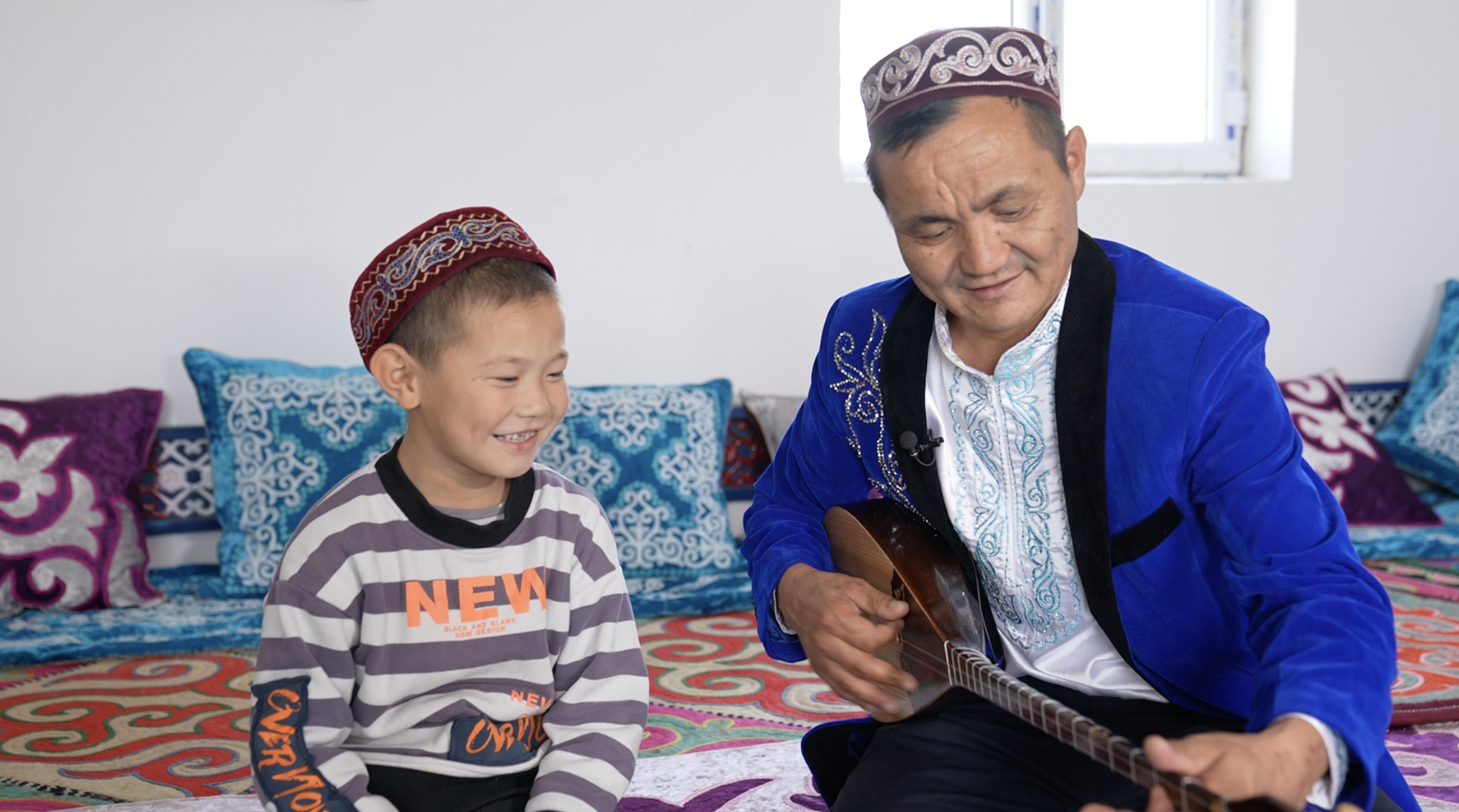 An Aken Aytes contest, which lasts 40 minutes at the most, is the most crucial gathering for Akens. According to Jagalbek, seven or eight such competitions will be held in Fuhai County, and every village also has its own.