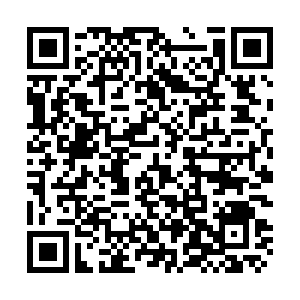 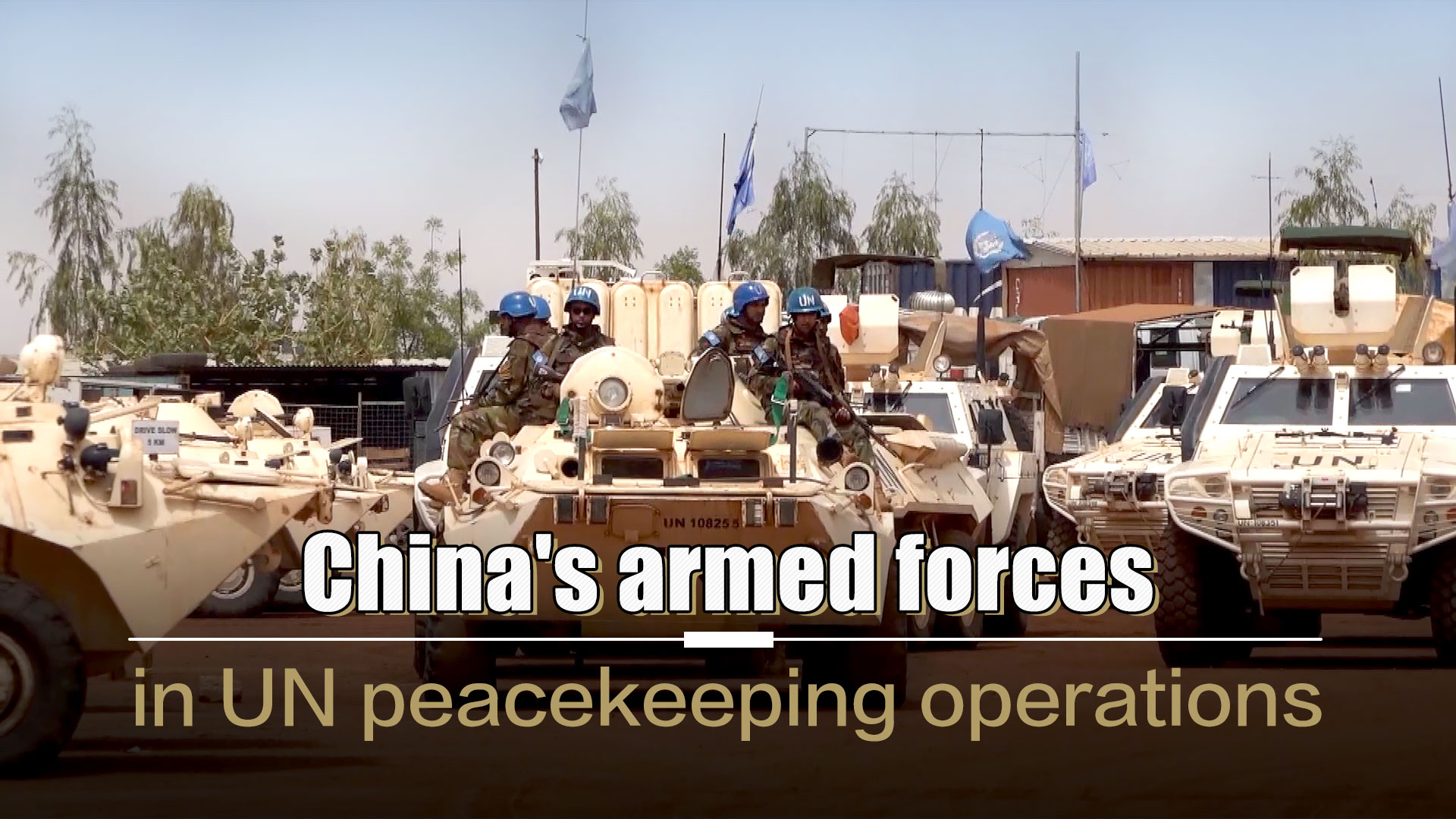 When several military observers from the United Nations (UN) were dispatched to monitor a truce in the Middle East 73 years ago, few people could foresee that this inconspicuous force one day would grow up to be a symbol of hope to millions of people.

Since the restoration of its lawful seat in the UN in 1971, China has been playing a more active role in international affairs. In April 1990, China embarked on its peacekeeping journey by sending the first military observers to the United Nations Truce Supervision Organization (UNTSO). 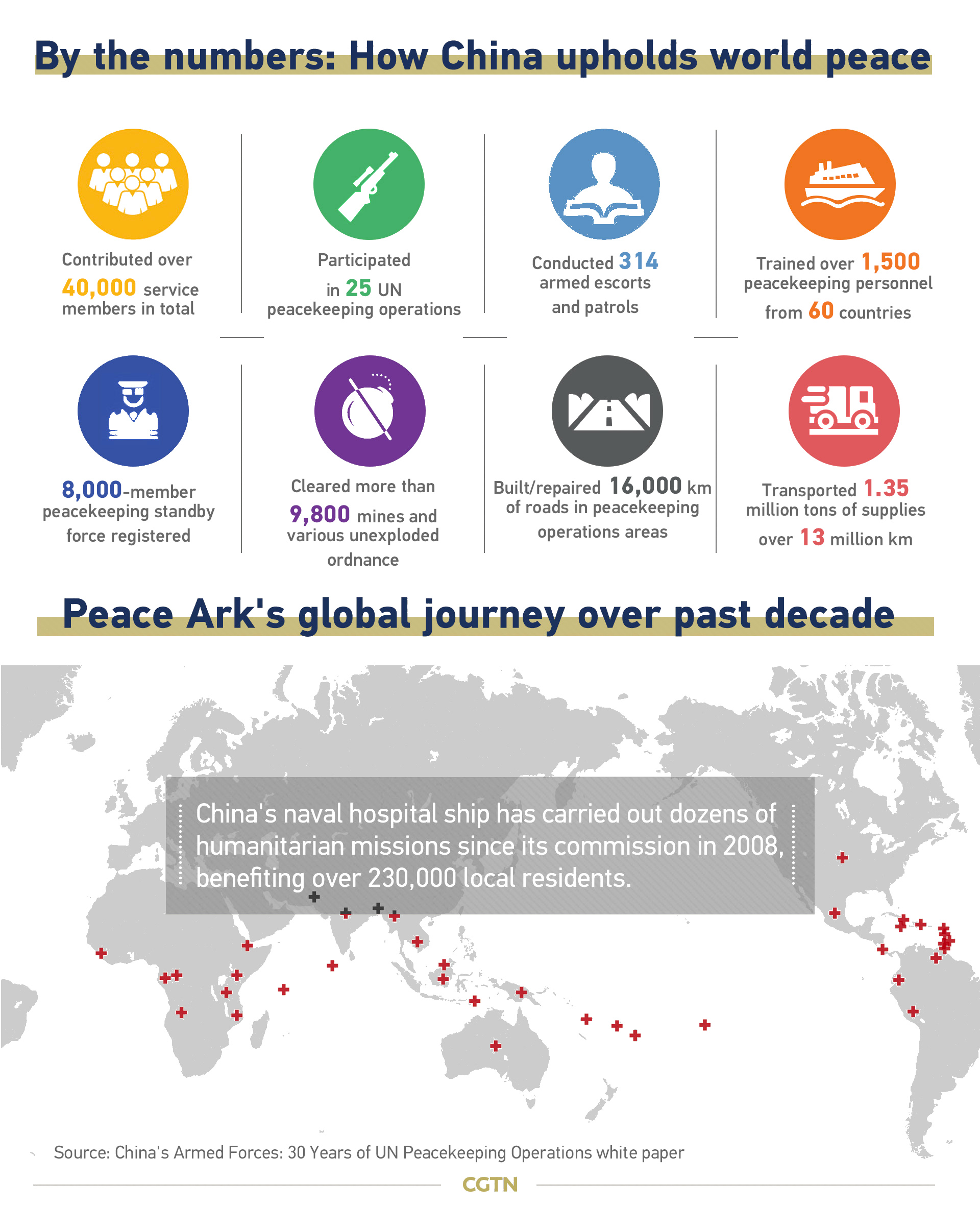 Since then, over 40,000 Chinese service members have taken part in 25 UN peacekeeping missions. They've been deployed as UN peacekeepers in over 20 countries and regions, including Cambodia, the Democratic Republic of the Congo, Liberia, Sudan, Lebanon, Cyprus, South Sudan and Mali, according to UN Peacekeeping.

As the world's largest developing country and one of the five permanent members of the UN Security Council, China has over 2,000 peacekeepers serving in active missions currently, making it the largest troop-contributing country among the permanent members of the UN Security Council. It also foots around 15 percent of the total annual peacekeeping budget and 12 percent of the UN's regular budget, making it the second largest contributor of all member states. 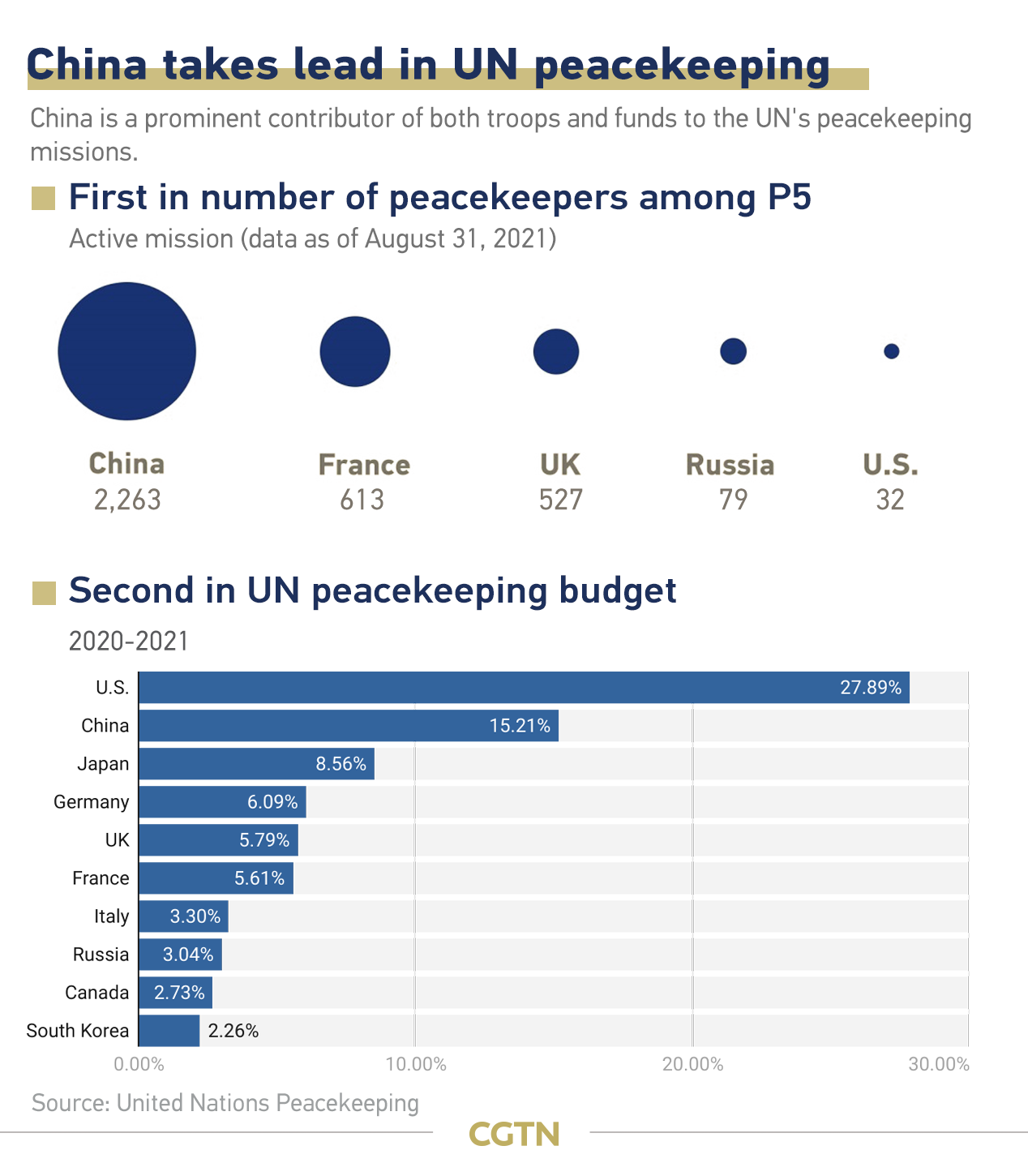 After promising to make more contributions at the UN Peacekeeping Summit in 2015, China responded actively to the UN's call for more enabler assets, including engineering and medical capabilities, and has provided 20 training programs to over 1,500 peacekeepers from more than 60 countries.

It also set up a permanent peacekeeping police squad in 2016, the first of its kind in the world. And a year later, the country completed the registration of a 8,000-member standby force with 28 units in 10 categories, the largest number of standby peacekeeping troops of the most diversified profile.

This year marks the 50th anniversary of the restoration of China's lawful seat in the UN. Chinese peacekeepers will continue to provide strategic support for promoting world peace and development in the new era, said Ren Guoqiang, a spokesperson for China's Ministry of National Defense during a press conference.